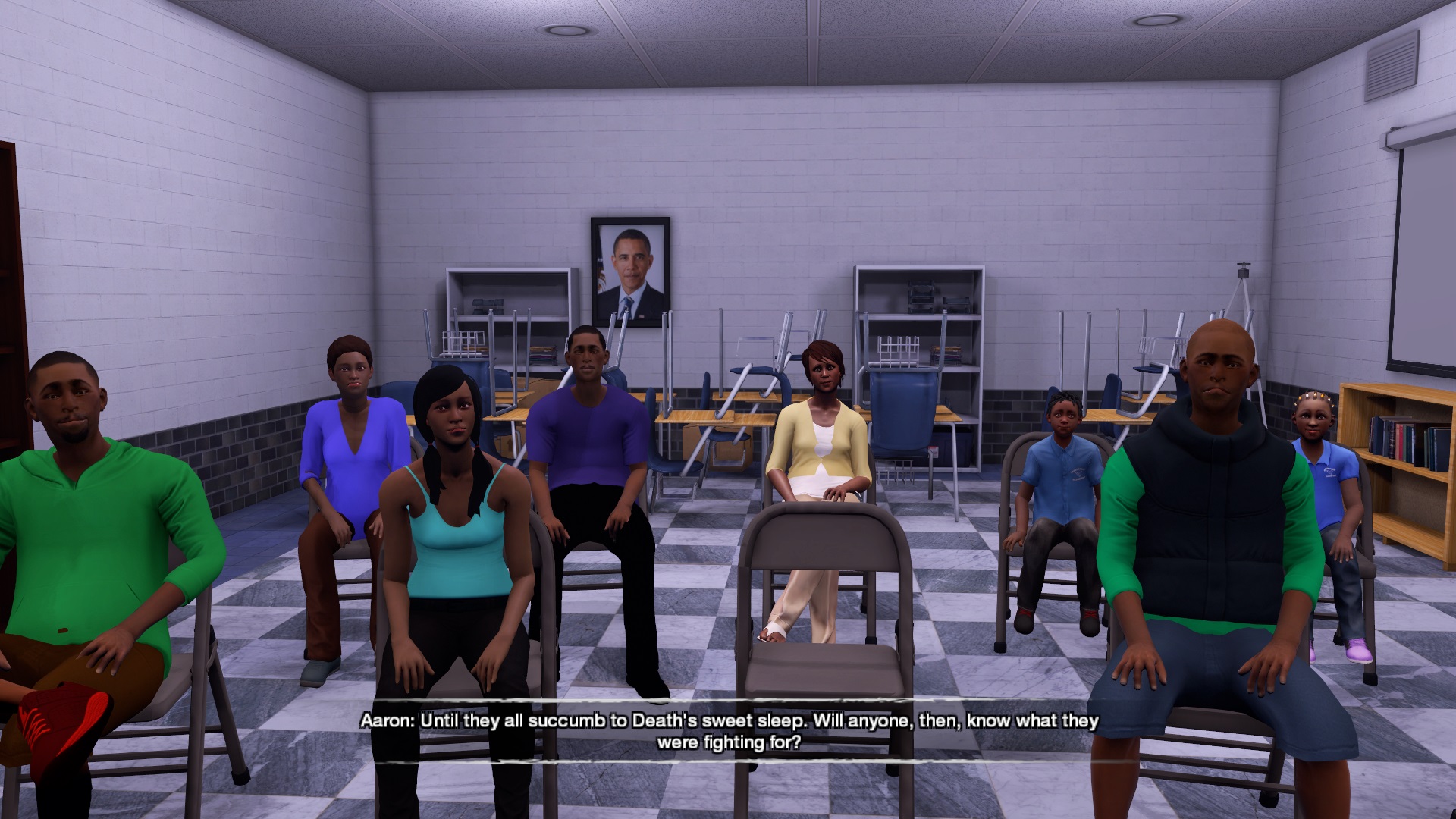 Movies often base their plotlines and characters on “true events” to try and elicit a cheap emotional reaction in audiences. When one learns that the events unfolding before them actually happened to someone, it should become a lot easier to sympathize with a character. Games tend to not do this too frequently.

Sure, we had a period where the World War II setting was basically the only type of shooter being made, but most games take extreme liberties with historical periods and make that distinction up front. We Are Chicago looks to employ real-life scenarios to create a gripping drama about inner-city Chicagoan life. Its goal is to enlighten us to the plight that many people face every day. 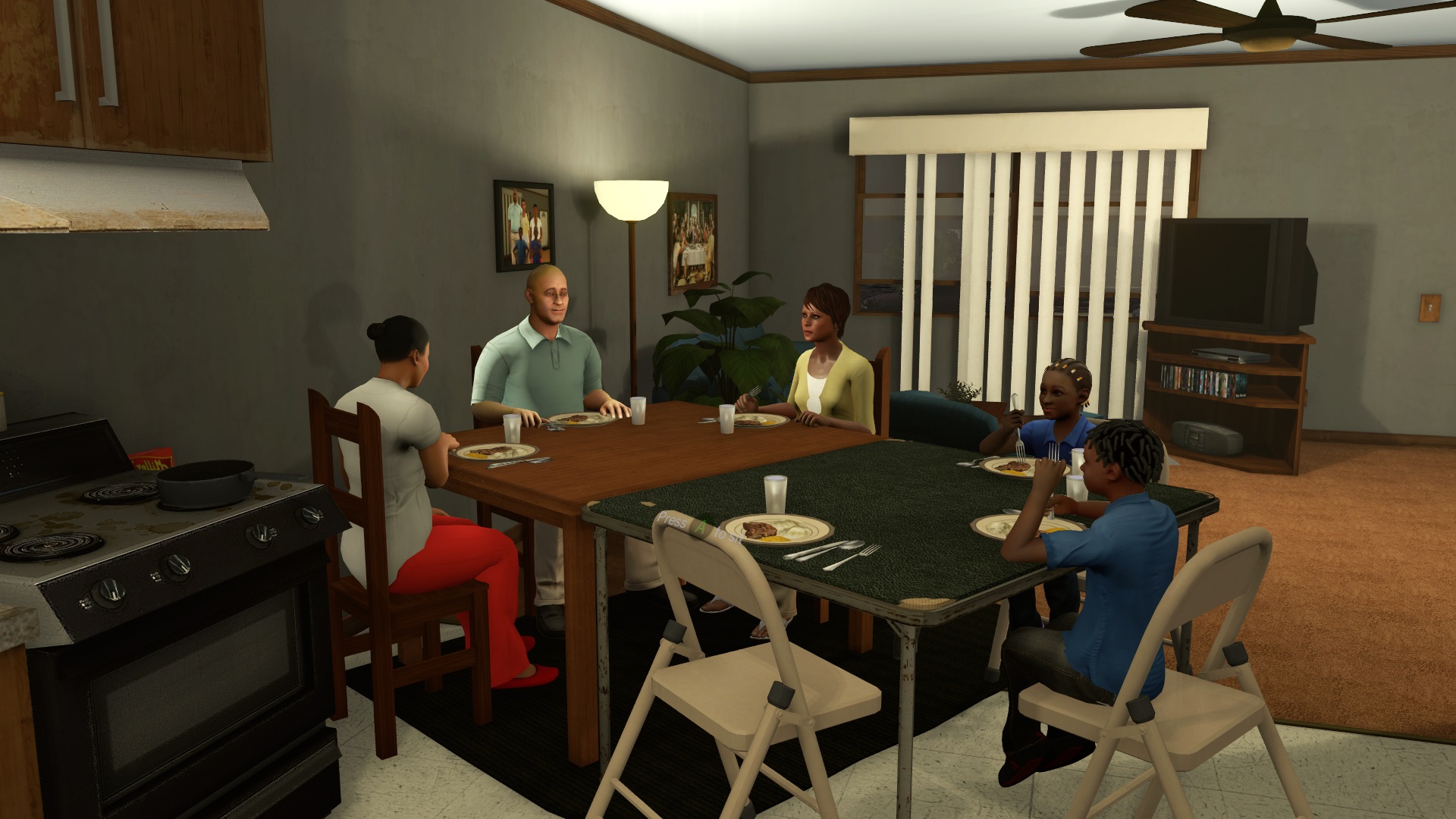 I’ll get the good bits out of the way first, since they are really important. We Are Chicago is based on true stories about people who have grown up in poverty and face the possibility of a stray bullet flying through their window at any moment. The game tackles a subject matter that is rarely seen in gaming and should be commended for daring to be different.

You assume the role of a teen named Aaron who is struggling to help raise his sister, Taylor, with the help of his mother, Maya. Aaron and Taylor’s father passed away from some unnamed illness before the events of the game and life is becoming tougher every day with gangs seemingly sucking youth into their ranks. Even doing something as simple as swinging at the playground is dangerous, which doesn’t help lift the spirits of the people in the city.

But that seems to be about where the world building stops. Chicago, the actual city, may have seen better days, but the world you inhabit in We Are Chicago just looks kind of bland. The buildings certainly seem dilapidated, but there are so few people roaming the streets that it becomes hard to believe anyone actually lives in this neighborhood. How are gangs such a problem when no one is ever around?

The extreme lack of polish is what really does We Are Chicago in. Little details like your cellphone never changing from “Tuesday 10:45 am” or the sound bite for chopping food not ceasing when someone isn’t actually cutting food really detract from making this feel like a believable world. There is also some odd habit where everyone pays with a 10 dollar bill for everything, which is just very bizarre (does no one carry a five?).

That lack of polish extends to things like the character animations and voice-over work. I am willing to let some things slide for an indie production, but these actors couldn’t sound less interested if specifically directed to do so. One particular scene, later on in the game, is so devoid of emotional investment that I wasn’t sure if I should laugh or cry out of frustration. You just witnessed a devastating crime; it is okay to be filled with melodramatic emotion.

The main character also doesn’t posses a voice. Any option you pick during dialog trees is just thrown up on the screen as subtitles. I realize this is done to make the player feel like they are Aaron, but it comes off as creepy when he is supposed to be a specific individual. Aaron is involved with hobbies I’ve never even thought about, which is more than likely going to be the case with most players. 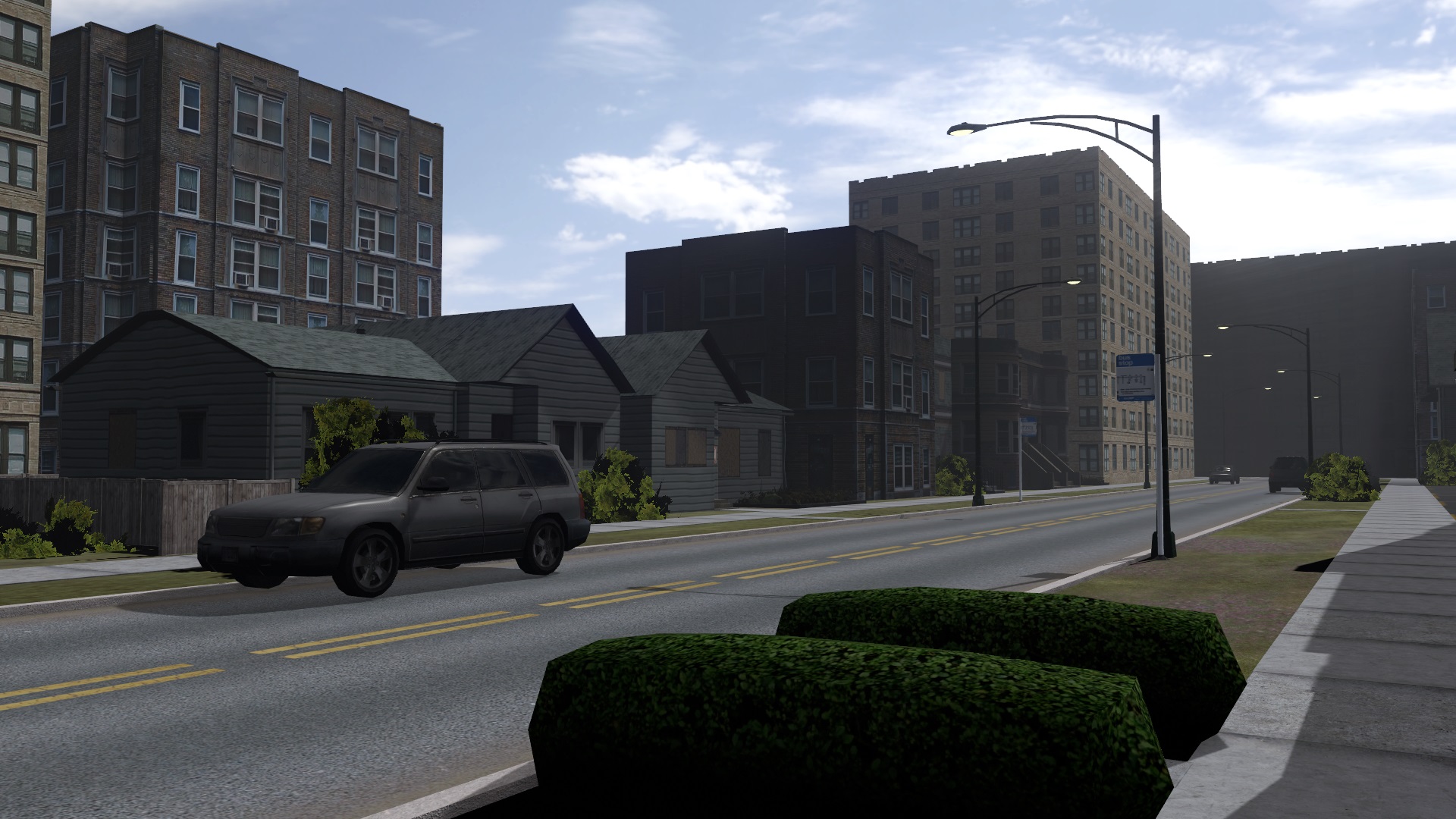 There are things like guns floating in mid-air and every NPC specifically looking at you while talking to someone else that just feel awkward. I also happened to notice a lot of clipping going on and I seemed to phase through doors during some scene transitions, which is always disorienting.

As far as the gameplay goes, the closest comparison one could make would be to Telltale’s more recent output like The Walking Dead or Dontnod’s Life is Strange. This is a narrative-driven experience, through and through, with some very limited input. The staple “This person will remember that” pop-up even occurs, despite the length of this experience being about that of a typical movie (100 minutes).

If you strip out any of the story, you basically just walk to and from areas and talk. This isn’t a game focused on exploring different mechanics or presenting physical challenges to players, but one that wants you to think about the way you view the world. Utilizing a more modern format than film, We Are Chicago is presenting a scenario that most gamers would have passed over if it were a film. 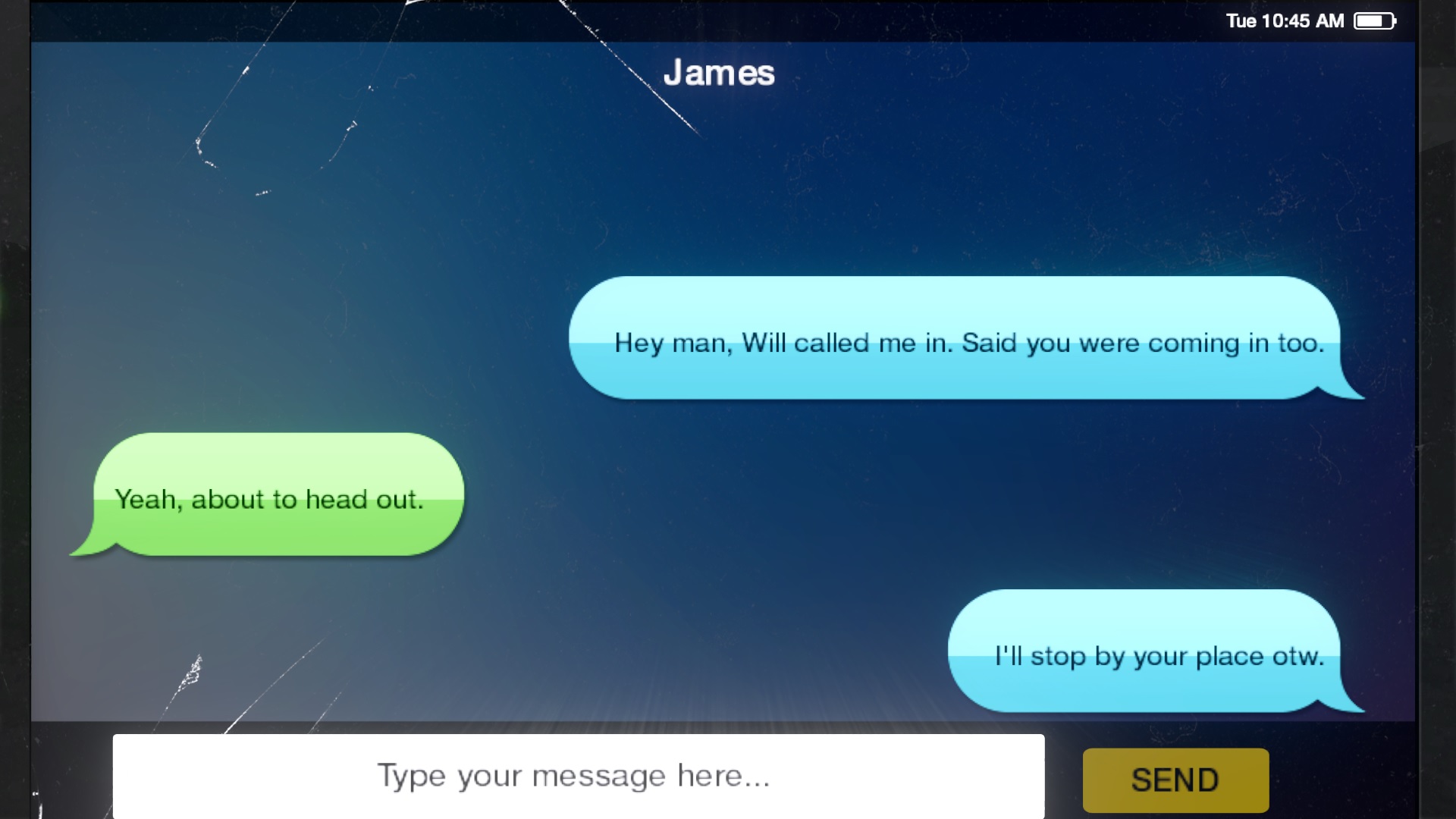 There is something to be said about how interactive media can illicit emotions within a player, but said media needs to be compelling to actually be effective. I know this is based on real events, but the general setup to We Are Chicago is very cliché and overdone. If you put in the members of G-Unit, I’m sure you could recreate 50 Cent’s “Get Rich or Die Tryin” film.

I know gang violence is a serious issue, but how many times can the same narrative remain effective? How many different stories are centered on a kid struggling to fight his way to a better life? Real life is kind of mundane and the reason most narratives don’t focus on the actual events is because real life doesn’t always make for a compelling story.

There are certainly times where people overcame tremendous odds to eventually end up rich and famous, but most adaptations tend to leave out all the boring parts of life. You don’t need to hear about the time Martin Luther King Jr. set the table, took a test in school, or walked his sister to the park, for instance. 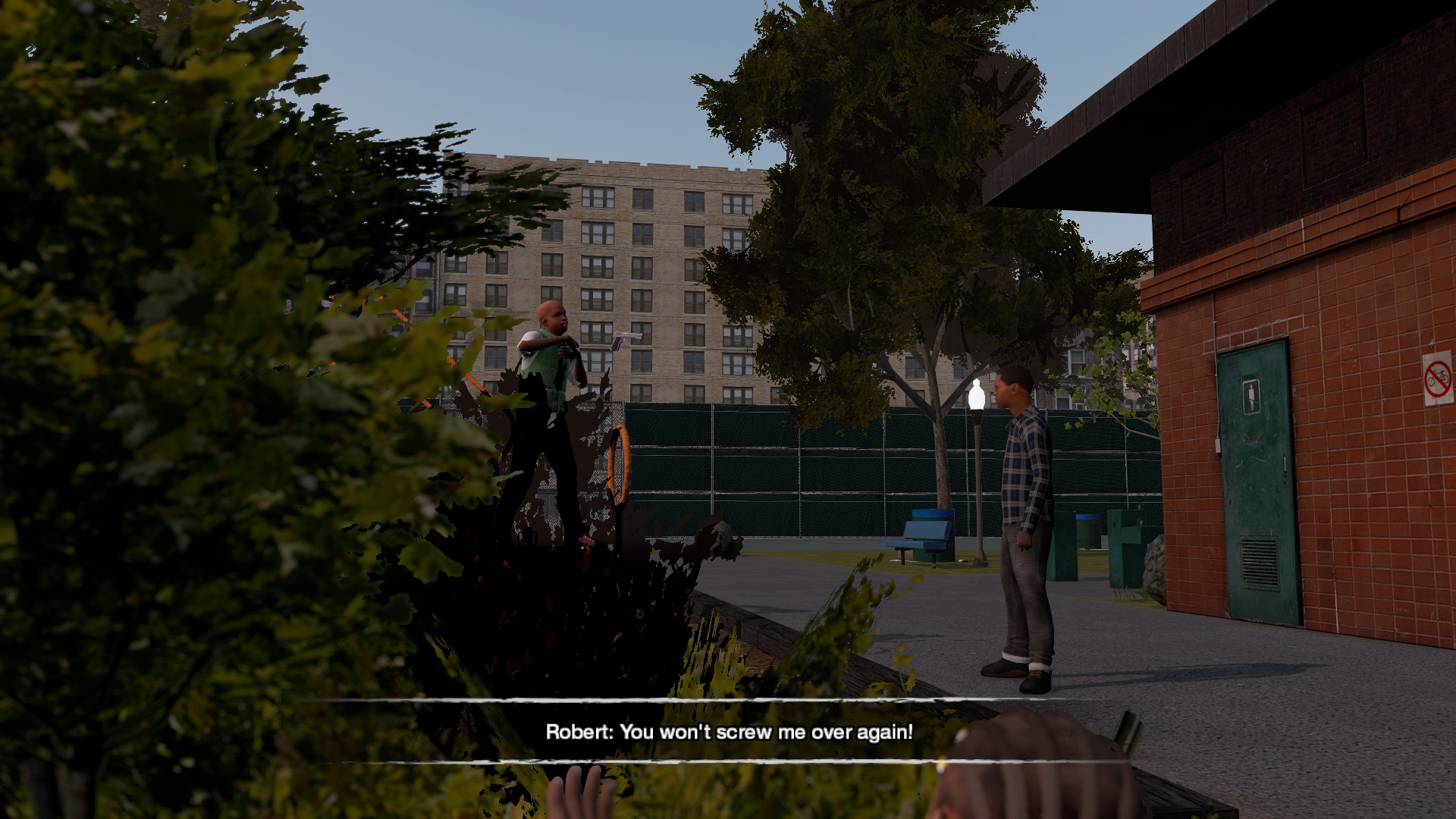 Life is filled with beautifully banal moments because humans don’t live by scripts. We Are Chicago goes into all of those details without stopping to think about the narrative purpose behind those events. Do we really need to participate in a menial job counting money at a cash register?

There are neat touches like your school tests being doubt-filled reflections of your character’s life and getting to manually select the backstory of your father, but those don’t build up into any kind of payoff. Even if I wanted I pick all of the “wrong” choices, the story follows a single path and no one acknowledges the different options I’ve taken.

I personally feel like We Are Chicago would have been a better fit for film than gaming. Films can create dynamic and engaging narratives because there is no input from the viewer. When a harrowing situation comes up, the viewer is forced to deal with the outcome and accept the results instead of potentially having the chance to alter the course. 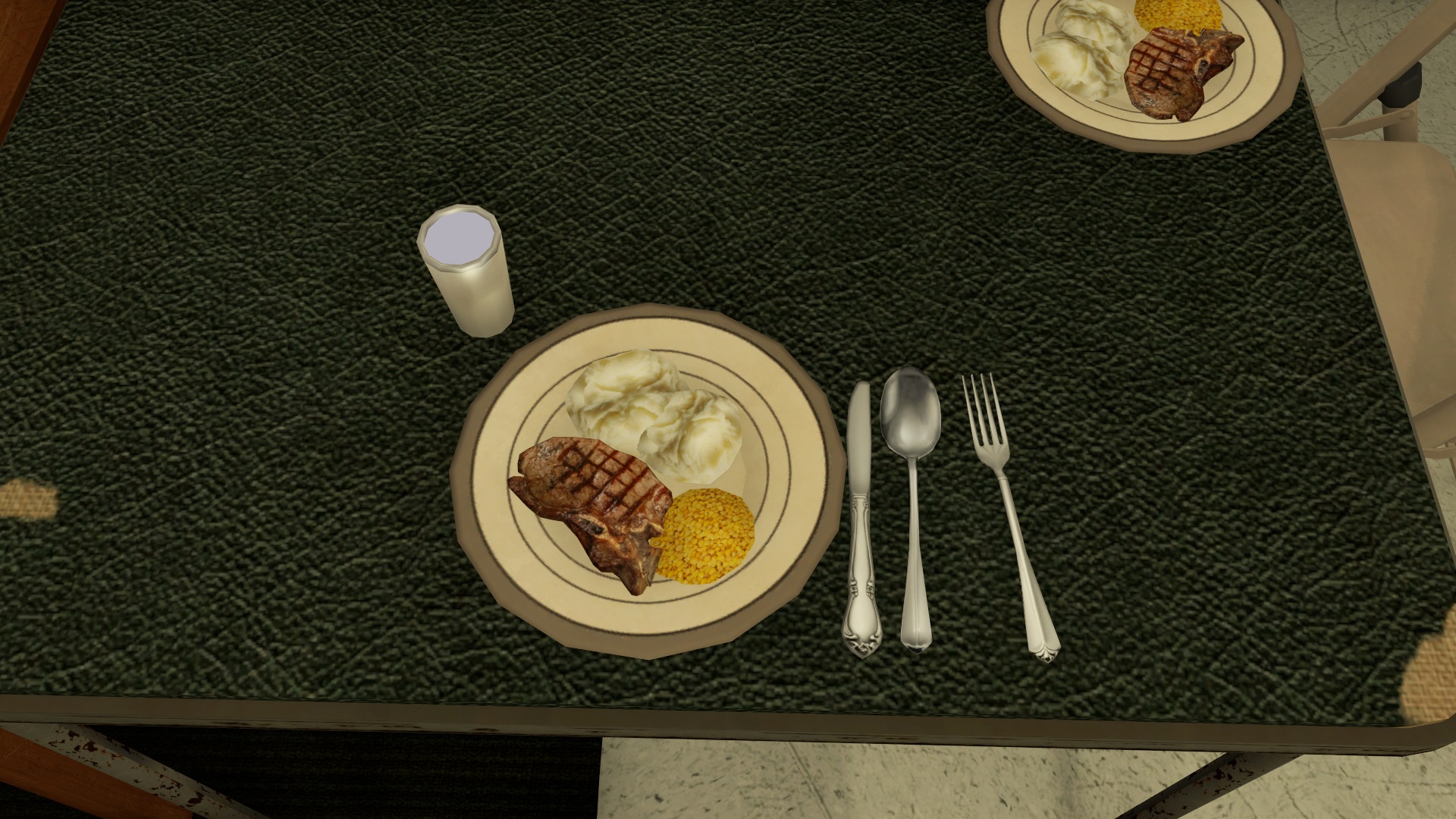 Sure, We Are Chicago forces you to witness a terrible event, but it does nothing to capitalize on the unique strengths of gaming. You can’t fruitlessly attempt to prevent the atrocity from happening or speak to anyone about the aftermath; you just go from point to point and listen to actors who sound completely detached from everything.

If there were options to take Aaron’s life down a different path, the game would be far more interesting. You could see, first hand, how falling in with a gang would ruin your life or how difficult it is for many people to say no in a tough situation. Having all of the choices basically predetermined, why am I even given the choice to say anything?

The best thing about We Are Chicago is that the proceeds from game sales will be going to different organizations in an effort to help the youth of Chicago. That is a very nice gesture (one that no one can fault), but your money would be better spent giving directly to these charities and taking a more proactive stance against gang violence. 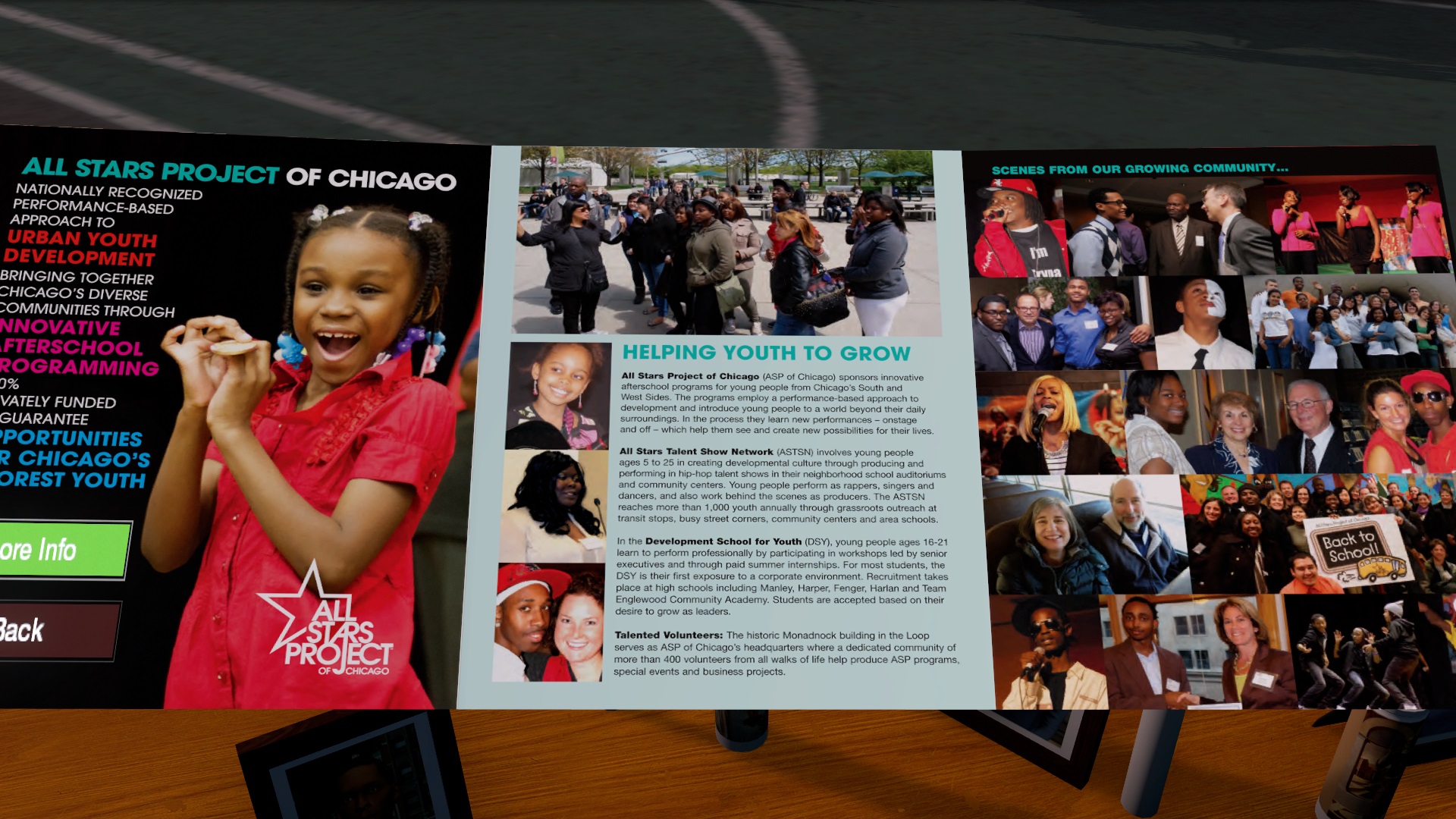 Not that Culture Shock Games don’t deserve credit, but this game feels like a very amateurish effort. There probably wasn’t enough money to hire better animators or find more accomplished actors, but why not shift up the genre or art style to compensate? Opting for pixel art or going for a more puzzle-oriented gameplay style could have made the game feel more interactive and alive. Just because the initial idea was strong doesn’t mean you need to stick to your guns and force out a product that was true to your starting concept.

Despite everything I’ve said, I still think We Are Chicago should be given credit for tackling some tough subject matter. It isn’t successful, but hopefully Culture Shock learns from its first attempt and really hones in on the strengths that gaming has to offer. Much like how Depression Quest sought to inform gamers about a topic many never thought about, We Are Chicago is noble in its efforts to educate gamers on poverty and inner-city life.

Either that or take this groundwork and adapt it to film. Then it could reach an even wider audience.