Warframe has just released on the Xbox One, and it’s undergone some changes since it launched — mostly good changes, meant to add more content to the game in the form of items and missions.

It still fails in all of the same areas however, mostly its inability to craft an interesting world, and the free-to-play scheme that encourages far too much grinding. 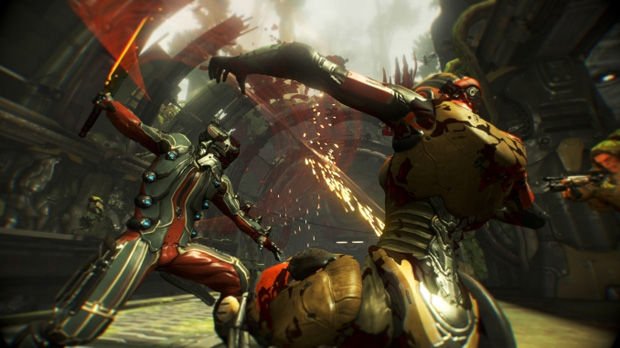 For a bit of background, I played Warframe a tad on the PC and mostly on the PS4 before giving it a go on the Xbox One. Before you ask, progress from any other platform will not transfer over to Xbox One at this time, nor will there be cross-platform play. The Xbox One version has launched with a few bugs, most notably crashes during missions, as well as an odd parental lock issue that prevents people from playing even if they have full access. I experienced crashing myself, and had to hard reboot my console a few times. You don’t need an Xbox Live Gold subscription for solo play, but you’ll definitely want to go online to experience the bulk of the game and earn basically everything at a faster rate.

So how does Warframe play? Well, it’s a standard “two-gun” shooter, with the ability to use melee weapons and some enhanced mobility features — like slide-shooting (which isn’t nearly as fun, fast, or rewarding as Vanquish). Until you really get into the nitty-gritty, most of the guns are your standard “machine-gun” or “pistol” fare, and the first 10 hours or so will feel familiar.

Most of the time when I play a shooter with a controller, the default control options are serviceable, but I had to quickly change the sensitivity when booting up Warframe on the Xbox One. At first, it was extremely sluggish, then when I ticked up the box just a little, my Warframe started flinging all over the place like he had just had too many Red Bulls. It took me a while to get exactly where I wanted to be, but even then it was teetering on the edge of “too slow” and “too quick.” 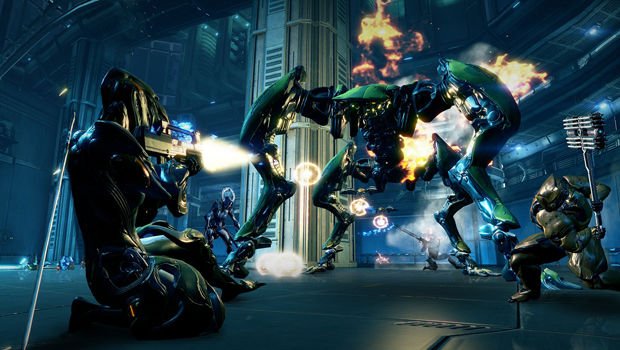 After all of the combat updates the game has had for over a year, general gameplay is meant to make you feel like a badass ninja, mostly due to the Melee 2.0 enhancement. In addition to the aforementioned shooting system, you can also bust out a melee weapon and have at it, blocking bullets, running on/up walls, and so on. The key phrase here is “meant to,” since none of it actually feels poignant or badass.

Attacks lack weight to them, both in terms of game physics, feel, and sound. Every time I did something that felt like it should have been cool, I found myself wanting to play any number of other “ninja” games on the market. Once you get used to it though, everything is serviceable and works as it should, even without an impact. Although aiming is much easier on PC, it’s fairly easy to dash about and learn the controls in less than 10 minutes.

Crafting is still a slow process, and meant to lure you into purchasing (or trading for) Platinum — the game’s real-money currency. To craft an item, which you must do to unlock Warframes and other big upgrades/side-grades, you have to purchase the blueprint (which involves farming credits), farm for the materials, then build the item. It’s a lot of waiting unless you know the exact missions you need to do for your build. 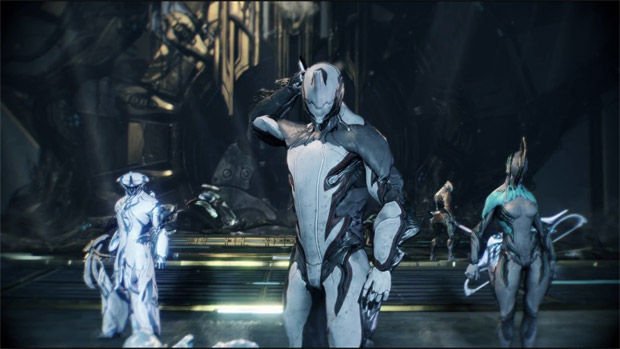 After playing with some hardcore members of the community, I found out a few ways to grind faster, but the process is still very slow and will likely drive many new players to spend cold hard cash, even if they don’t need to. Having experienced most of the process, I don’t think it’s “pay-to-win,” just a slog to earn items that you really want — the real-money-only items are cosmetic, and the game is primarily a co-op affair, after all.

Normally though, I would be fine with grinding. I play a number of MMOs yearly, and all of them have their fair share. But the key is that the core gameplay needs to be engaging, and Warframe still feels like a generic shooter. The good news is at this point after all of the updates, the missions themselves are actually varied, and there are a ton of different themes (tilesets) and gametypes to keep you interested.

Between 15 different mission types such as assassination (boss battles) and survival (horde mode), there’s a lot to do. If you get a good group of friends together you can easily pass a ton of time without repeating the same action twice, especially since there are secondary objectives to mix things up even further. As long as you can power through the generic presentation and combat, there’s a lot of fun to be had in groups. 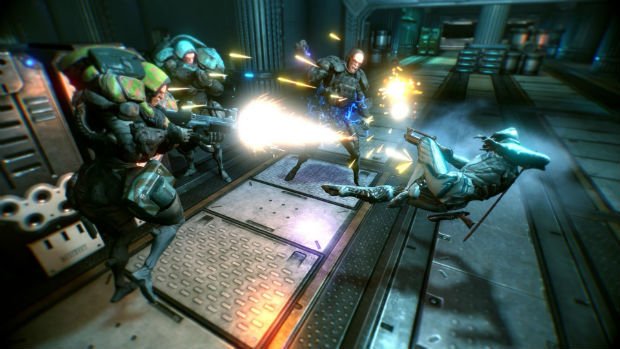 Warframe has a great foundation, but there’s almost nothing unique or exciting about it. With a free-to-play scheme on top of how grindy the game feels in general (especially without a static group), it can wear on you even after a few hours of play. If you’re looking for a new shooter, give it a shot on another platform if you can while the Xbox One bugs are being ironed out.