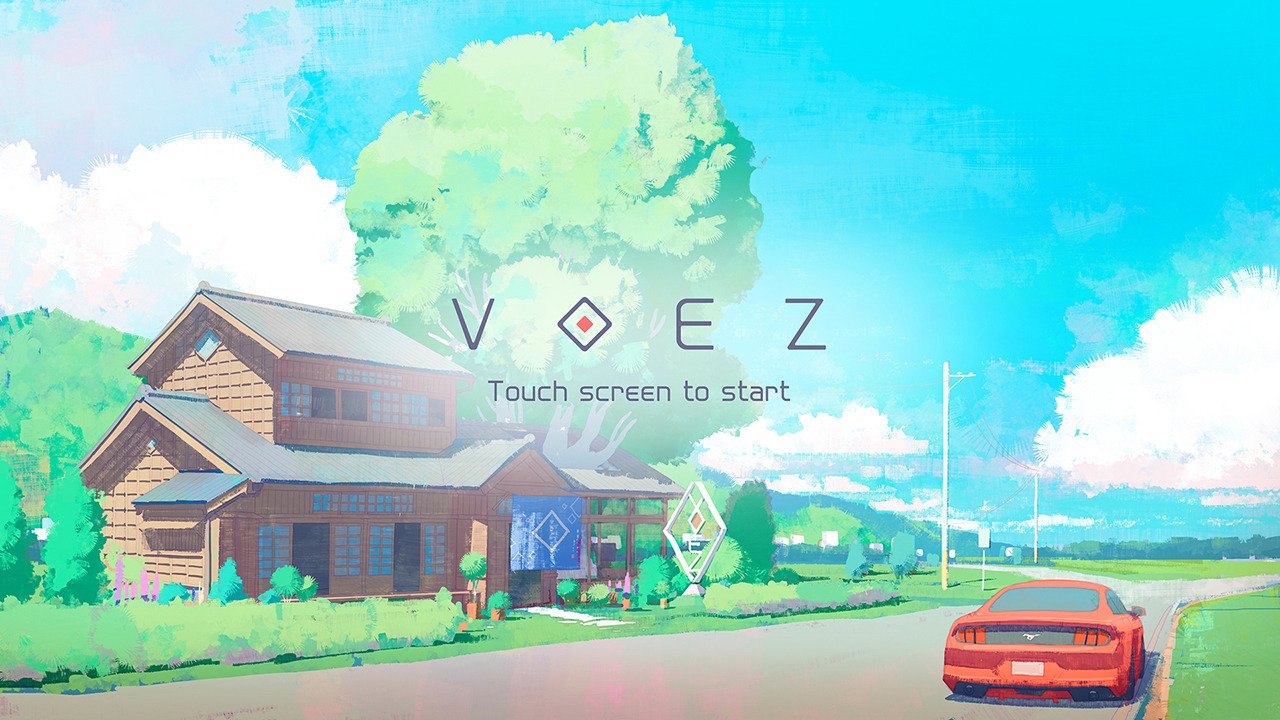 Voez is one of those games that came out of nowhere for me. Within a 24-hour period I went from not knowing it exists, to finding out it was a Switch launch game in Europe and Japan, to realizing that it actually came out last year on mobile devices and was a pretty big hit.

Going in blind was quite the treat, because I have to say it really rounds out the Switch’s launch in a way that no one is talking about (Zelda!). 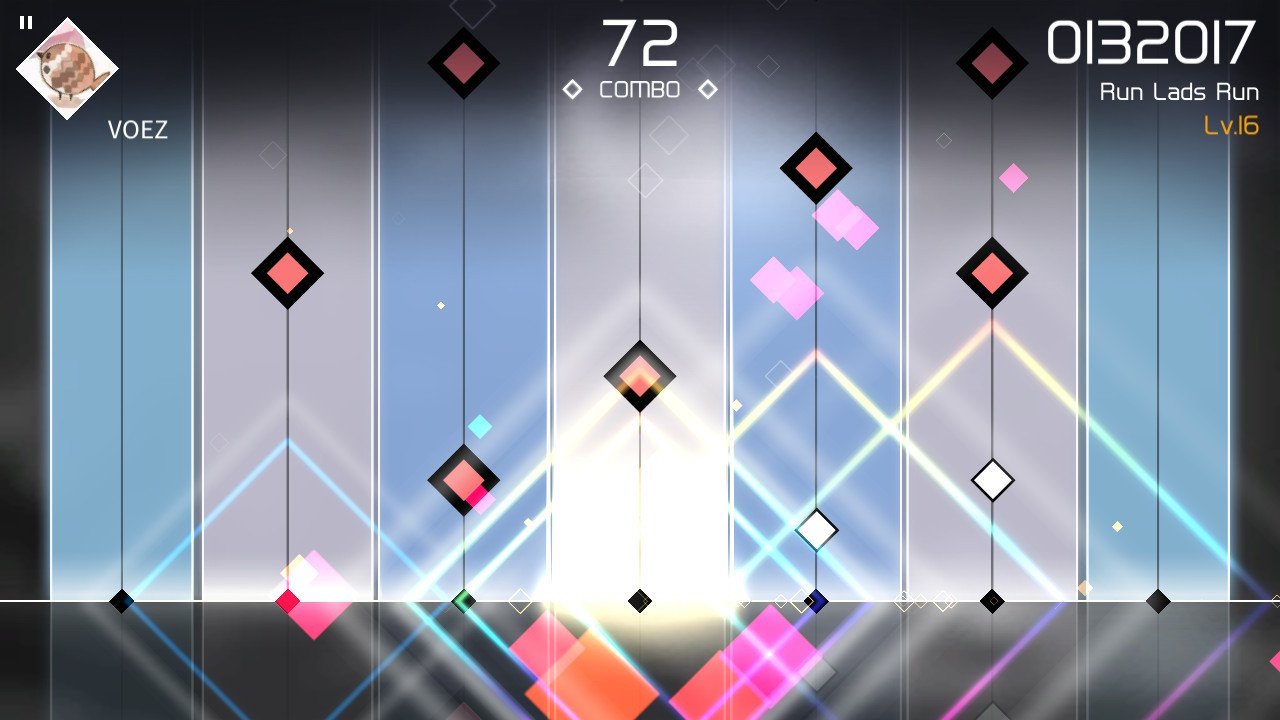 Since rhythm games can look confusing as hell, I’ll break it down right away so you’re clear on what Voez actually is. See the tracks and notes above? You tap them. We’re good, end of review, pack it up, boys!

But seriously folks, it’s a lot like Elite Beat Agents or Theatrhythm, but instead of mega-popular tracks that tug at your nostalgia strings, you’re getting some great music from indie composers from Taiwan, South Korea, and Japan. Notes come in hold, tap, slide, or swipe form, and after a short 30 second tutorial video (that isn’t interactive), you’re on your merry way. Voez has no TV mode, and no way to interact with the game by way of buttons — it’s just touch.

There’s a certain elegance to it, from the way everything controls to the beautiful music and UI. The story, involving a young group of musicians who made it big, is mostly inferred through unlocked diary entries. There’s no career mode, just free play, and everything is available at the start. Even on some of the highest BPM songs that will have you slamming on the screen like Daffy Duck, the entire presentation is relaxing.

It gets really tough, too. You’ll have to tap in the specific sections of the very long Switch tablet (or hit multiple sections with multi-touch) and the board morphs as the song progresses. Notes might be placed on tracks but they aren’t static, and will move with the beat. There’s a lot of effort put into the entire heart of the music — not just the way it sounds, but the artwork for each of them, and the actual note tracks. Remember how a lot of the songs from DDR would tell a story just by looking at the art? I got that feeling here.

The three difficulty settings (easy, hard, special) have something for everyone. It goes from slow (but not necessarily) remedial, to “you basically have to memorize the song.” For several special level tracks I had to put down the Switch and play it like a piano! But the thing I love most about Voez though is how there are no strings attached. It has 116 songs from the get-go, with all three difficulties available.

There’s no “play all of them on easy while you’re falling asleep” nonsense, I can just jump right into my skill level. The Switch version also eliminates the always-online element from the mobile edition, as well as any form of microtransactions. With free DLC on the way, according to the developer, it only further sweetens the idea of buying it at a premium.

So how’s the music? Like any rhythm game with a truckload of songs it has its highs and lows, but as a whole I really dug the compositions. They range from sweet saccharine J or K-pop to whimsical piano-only songs, to hardcore industrial electronica. I think the latter genre is what it does best, but there are a few crazy piano-based tracks that really get me going and make me want to master them on special mode.

Voez is a diamond in the rough, at least as far as the Nintendo Switch eShop is concerned. The system’s launch went from zero (or just Zelda) to hero in seconds flat, and as long as you’re okay with a lack of a TV mode, Voez is a worthy pickup.

[This review is based on a UK retail build of the game provided by the publisher.]