Before Street Fighter IV completely revamped excitement in the fighting game scene back in 2009, Virtua Fighter was still going strong with the fifth installment hitting a couple years earlier. Even though the arcade, PlayStation 3, and Xbox 360 iterations were all vastly different from one other (with each having their own set of unique problems), Virtua Fighter 5 was heralded as one of the best fighting games to ever come out.

As its name implies, Virtua Fighter 5: Final Showdown is the last refinement of a five-year-old game. For the first time in the game’s history, it finally has a golden standard across all three platforms. It took two years to make the jump from the arcades to the console, but as it turns out, the wait was well worth it. 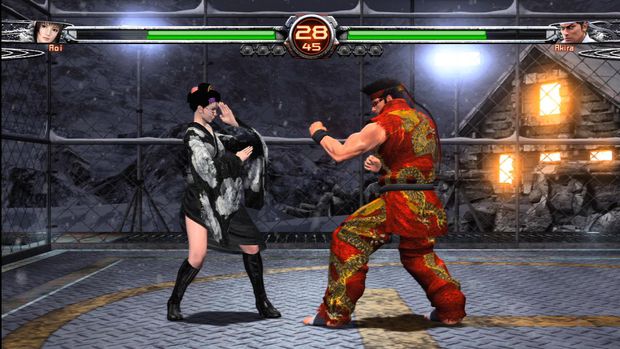 This is a very different game from the one we received five years ago. What’s readily apparent is that Final Showdown is a title for the dedicated, competitive fans, but also a welcoming entry for newcomers alike. The rich single-player experience has been all but done away with. What solo players are left with is Arcade, Score Attack, License Challenge, Special Sparring (which requires you to own all of the DLC item packs), and the Dojo.

Arcade has one fighting their way through a set of opponents, while Score Attack is almost the exact same thing but the goal being to get the highest score possible. License Challenge is a tiered mode that puts the player up against a themed wave of challenges, which unlocks a new rank in their license after completing a certain amount. Think of the Challenge Tower from Mortal Kombat, but less fun and more tedious. Having said that, it definitely succeeds in providing the perfect way to understand the mechanics of the game better or to get an overall mastery of them.

Dojo is where one goes to engrave those finger-blistering combos into their psyche. If you have never played a Virtua Fighter title, this is the first place you should visit. A tutorial that baby-steps the player through the very basics of the game can be found here, as well as Command Training for the more advanced player. And, of course, there’s Free Training which lets you beat a dummy player senseless. 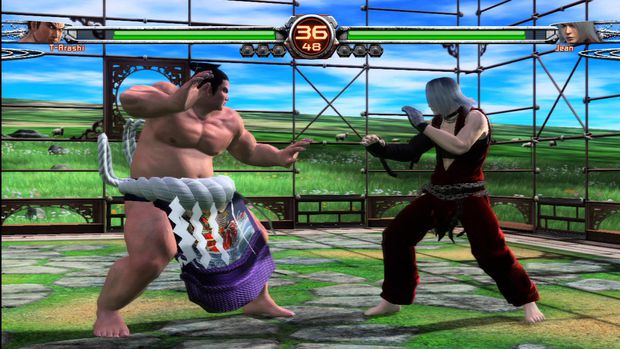 The biggest changes can be found in the rest of the game. Animations and graphics look more refined and sharper than ever before, adding an even greater level of precision. The online multiplayer has seen a huge overhaul as well, with an improved eight-player lobby system in which I had no lag during the time I spent with it. And yes, this is the first time PS3 players will be able to take the fight online. Too bad they had to wait so long just for these additions.

Even though costumes didn’t particularly add anything to the experience, the only way the player can now dress up their characters in absolutely ridiculous outfits is if they shell out money for the nineteen day-one DLC item packs. Sold individually at 400 Microsoft Points ($4.99), or bundled into two packs at 1200 Microsoft Points ($14.99), it’s a bit unfortunate that Sega wouldn’t allow at least some of the over 14,000 custom parts to be added into the overall package. If you really want to play dress up, be prepared to spend the cash. 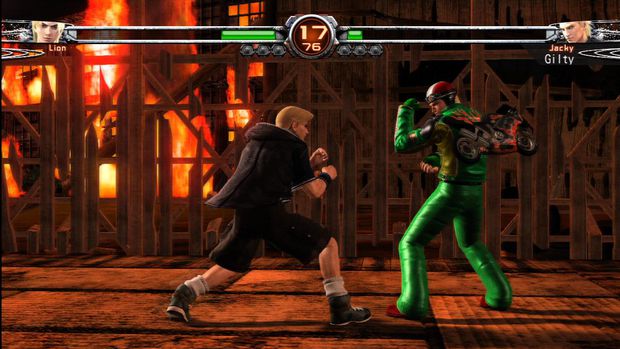 At the end of the day, Virtua Fighter 5: Final Showdown is well worth the cost of admission. Designed equally with hardcore fans and new players in mind, it’s simple enough to pick up and play, but takes a sheer amount of dedication to master the seemingly endless amount of combos for each individual character. Even though the single-player modes leave something to be desired, this is simply the best version of Virtua Fighter 5 yet.

With the market now full of unbelievably fantastic fighting games, and it being a revision of a five-year-old title, Virtua Fighter 5: Final Showdown still manages to stand head and shoulders above most of its competition. It may not have the install base of other fighters, but it’s still one of the deepest fighting game experiences to date.