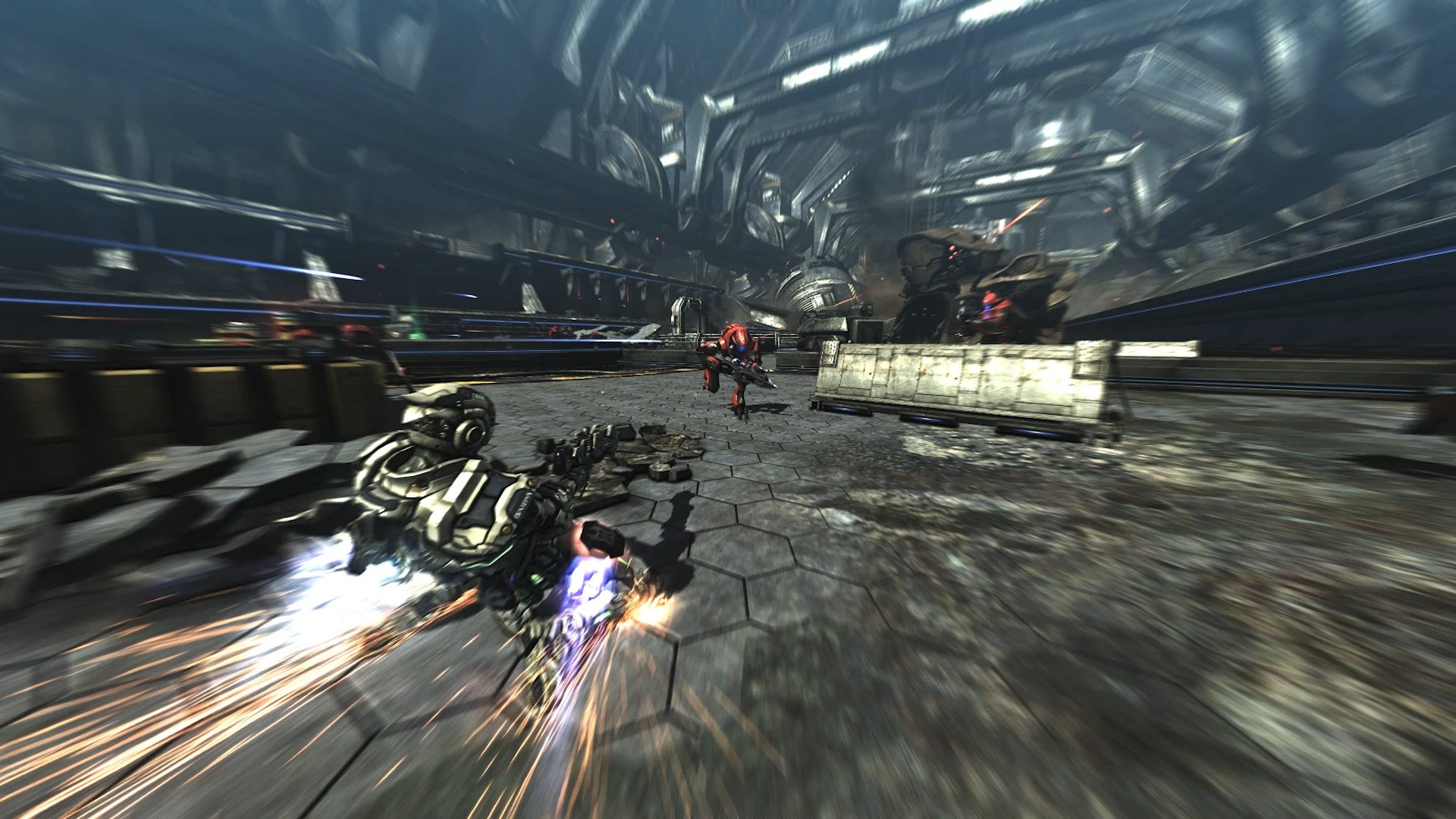 Boosted to an unlocked framerate

Platinum might be a universally loved company, but not all of their games are. This is especially evident in the studio’s era of licensed projects, with Korra operating as their most polarizing game to date, alongside of the contentious TMNT and (less contentious) Transformers jaunts.

Vanquish isn’t their top effort, but it’ll go down as one of the high notes in the saga of Platinum. 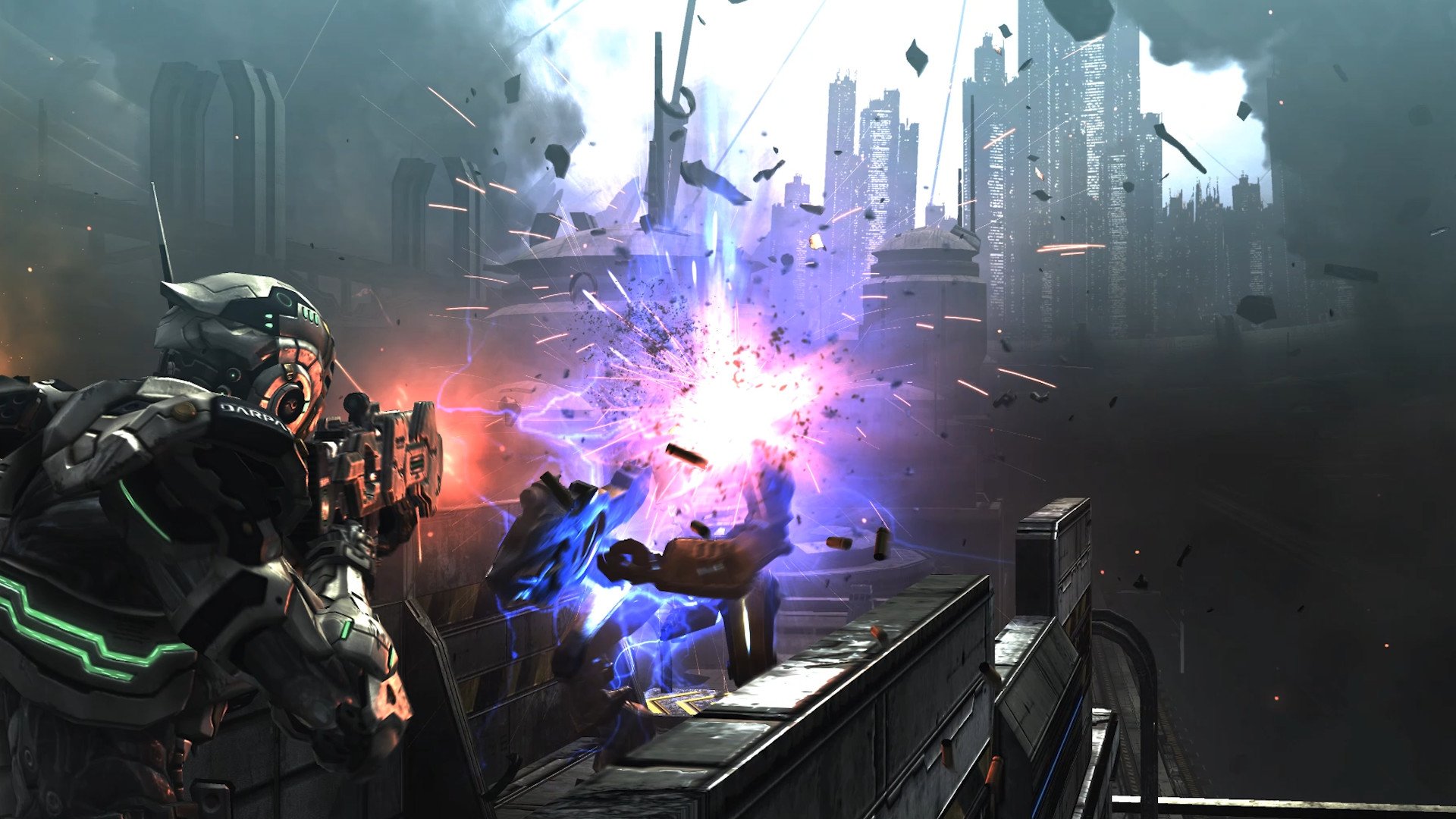 Vanquish bucks the trend of cover shooters both at the time of its release and nearly seven years later. While it’s true that cover is an option (and often the best one), you can also boost slide at rapid speeds and punch someone in the face with a rocket-powered fist. Many shooters operate under the umbrella of sci-fi, but Vanquish jacks it up to anime proportions.

The campaign itself is linear, but the battlegrounds that cycle in and out feel sprawling and meticulously designed. Outdoor environments with breathtaking backdrops are commonplace, as are plenty of opportunities to flank your enemies (or get flanked). Since Vanquish is built around the concept of high-speed movement it’s a little more intense than what you’re probably used to, especially on higher difficulties. A meter that governs your boosts and melee abilities seems like a chore at first, but over time you’ll learn to manage it, take a breather, and then head back into the fray. It’s a sort of flow that is more tactical than your average Platinum work but helps set it apart from the pack.

But most of all, Vanquish is just as stylish as Platinum’s other work — if not more so in many respects. I’m not just talking about the way you rip apart enemies, but the entire way it looks from start to finish, including the pre-rendered cutscenes. It’s like a western sci-fi meets Super Sentai, and despite the absurd power suits it’s a little more grounded than, say, a game about a sexy witch who can stop time. Because of that angle, it’s a little less enjoyable to watch as the team doesn’t really balance its moments of camp well. It’s clear that protagonist Sam isn’t recognized out of his cool-looking suit for a reason.

While the story is merely fine, my chief complaint with Vanquish is that it ends right when you’re truly invested in it. Like most Platinum experiments, it’s best played in spurts. It’s something I go back to year after year on consoles, and when I do, I learn something new or pick up on a nuanced tactic that I incorporate into my routine — and at this point I’m likely going to migrate my visits to PC.

In 2017, Vanquish is free of the shackles of previous generation consoles, and sports an unlocked framerate and resolution. Translation? It goes up to 4K and 60FPS, both of which I was able to test. Comparing both the Xbox 360 and PC versions side by side there isn’t a massive upgrade in terms of texture quality, but the framerate is consistent, and noticeably improved. It’s not like you’re stringing precise combos together that require exact frame timings, but given the immediacy of combat and the importance of  momentum, having the game run smoothly at all times is an obvious plus.

Vanquish is more conducive to a keyboard and mouse setup if you need to go that route than Bayonetta (which also recently hit PC), by virtue of it being a more traditional shooter. You also get Japanese voice-overs if you want them in this version, but other than that your in-game options are generally limited to minor graphical quality sliders (inquiring minds will want to jack up the FOV or wide-screen options by way of Steam launch options).

Platinum didn’t create a captivating narrative with Vanquish, but it serves as a showcase of some of their best pure action work. If you haven’t had a chance to give it a shot yet you might as well with the definitive version on PC.