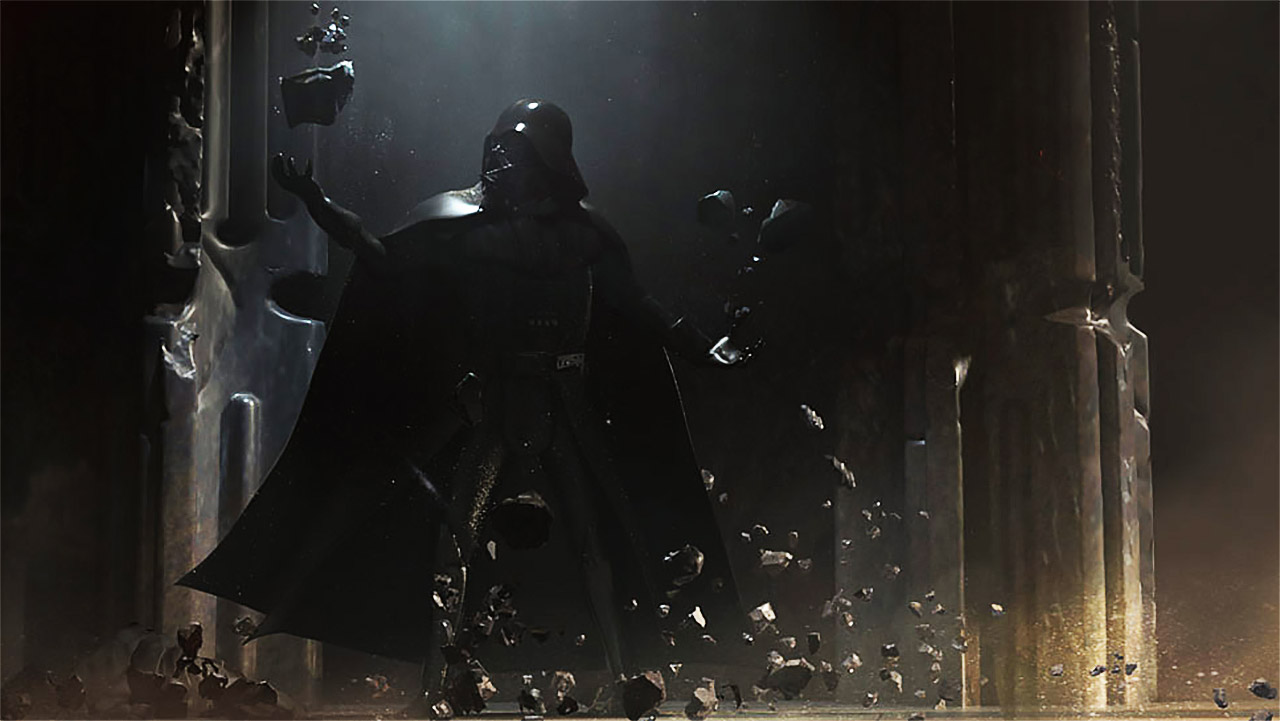 I am not altering the deal

A VR lightsaber game with Touch remotes seems like a no-brainer: like the sort of thing Oculus should have locked up years ago and paraded on stage during a major conference. But alas, the Star Wars license is as fickle as the battle between light and dark, and those experiences have been few and far between.

Earlier this year we got a taste of a Vader-centric tale that scratched the surface of that potential, and a whole four months later that story continues with episode two.

The second episode cuts right to the chase, with Darth Vader himself teaching you the ways of the Force. It’s a setup created in a fanboy’s dream, but the commitment to making Vader as lifelike as possible in VR ensures that it all works.

I’m 6 foot 1, but I still look up to Vader in VR. He moves and sounds exactly as he should, and he’s a formidable force every time he’s on the screen. There’s something to be said about the power of VR here, and even being fully aware that this was clearly a simulated activity, I was still a little on edge when I was around him, knowing he could unleash his rage at any moment.

That training sesh involves the ability to grab objects with the Force and toss them, which predominately involves rocks. It starts off slow then ramps, to the point where you move on to tossing bugs around, then squishing droids with your fingertips. Between the translation of in-game power and Vader’s goading, it really does channel the appeal of the dark side beyond the typically arcadey “lightning bolt” fare.

Because of how short these “episodes” are, the pacing is a bit off. There’s no lightsaber available at the start, which leaves me with the same complaint as the first episode: I want to be able to seamlessly swap between a blaster, Force powers, and melee saber combat. You can’t really do that because of the structured narrative vision of the Immortal series, but it’s my dream, and I sincerely hope that’s what we get in the final forthcoming episode.

Really, you just need to accept that this is mostly a narrative experience. You get some good esoteric Jedi lore from writer/filmmaker David S. Goyer,  and even beyond Vader, the performances are on point yet again. The setting of Mustafar is still so perfect because it’s rife for deep dives and has been featured in several major films. They knew exactly what they were doing with this series and you can see it all come together before your eyes.

All praises and criticisms aside, sweet baby Jesus this thing is short! I’m talking an hour or less depending on how much you take in the sights and walk around, and the challenge room extra (which involves the aforementioned force powers and bugs this time) isn’t cutting it. The production values are through the roof so I get it, but this is just another excuse to wait until the whole series is out (part three is the conclusion, and if I had to guess, it’s probably arriving at the start of 2020).

I’m the type of person who can’t wait though, and this experience is truer to the Star Wars legacy than a lot of recent projects. Maybe one day ILMxLAB can craft something even greater, but for now, this will do.