It’s a shame that VR didn’t catch on: it really is.

Although I perfectly understand that it doesn’t demo well, and the buy-in, especially early on, was ludicrous; we’ve reached a point where the PSVR and the Oculus Quest have allowed a great deal of accessibility to the once-restrictive platform.

I’ve been fortunate enough to have tested every major device since the release of the original consumer version of the Oculus Rift, and so many games have redefined the medium it’s hard to even keep track at this point. The recently released Until You Fall is one of those projects. 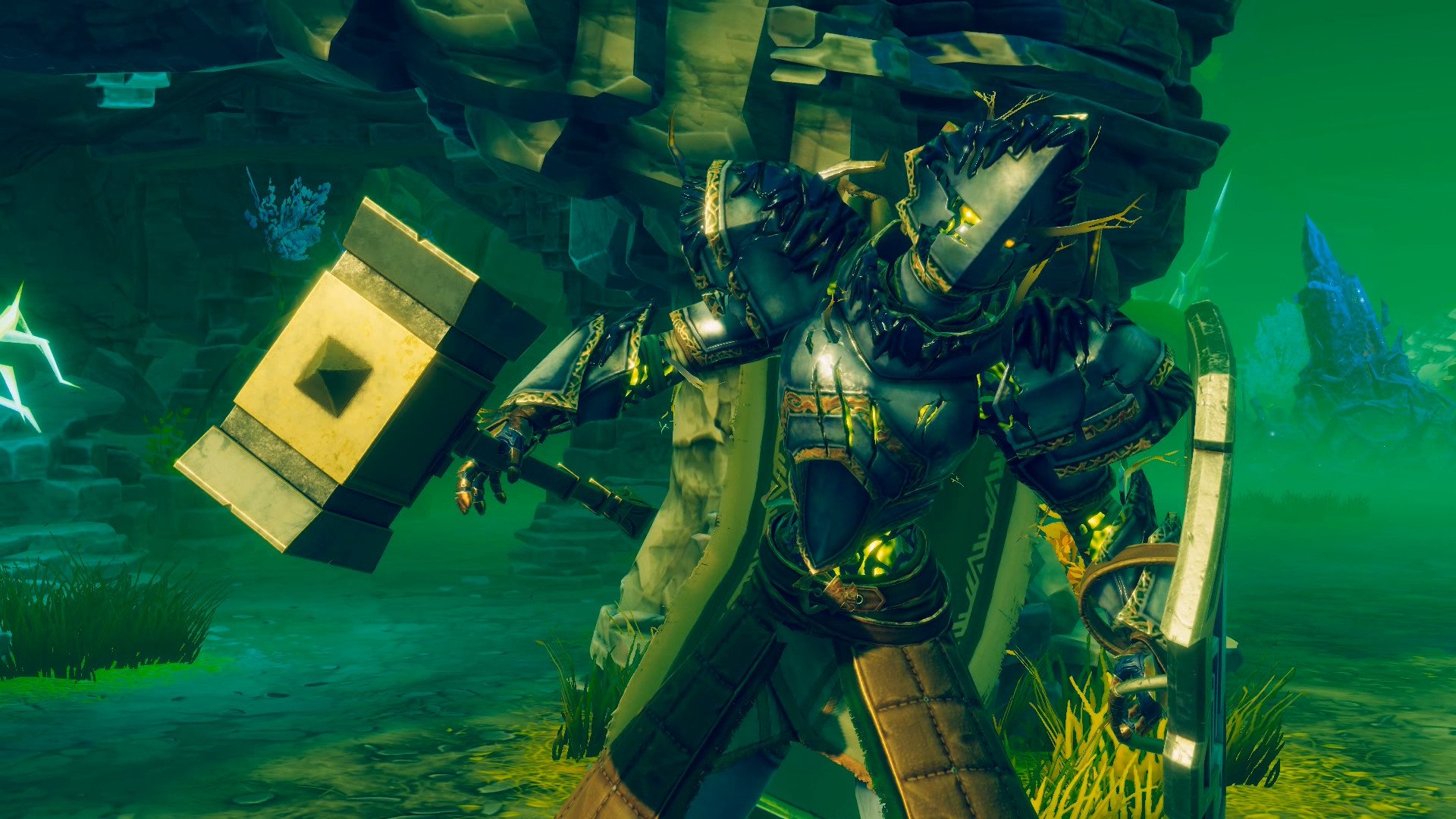 Games like Robo Recall and Superhot VR have absolutely turned this hobby on its head for me. Having to relearn nearly every single facet of my training since the ’80s is a bit insane, as the more intense VR experiences have challenged me in ways no game of the last several decades ever has. For the aforementioned duo above, a certain degree of 360-degree situational awareness is key. Until You Fall toys with that very same concept, but also adds in a degree of physical fitness and stamina.

The short of it: Until You Fall is a roguelike built around medieval weapons, in which you need to progress through stages (filled with enemies) until you eventually reach the final boss. It’s filled to the brim with “roguelite” elements too, like permanent upgrades that will eventually ease you into overcoming obstacles through sheer force of will. Of course, you can also just play really well and circumvent a lot of that fiddliness.

Although there is a story (you’re saving the realm), it’s mostly in the peripheral with the focus on frenetic hand-to-hand combat. As a knight, you’ll start out with a sword in your dominant hand and a dagger in the other, as you block, strike, and dash your way to victory (with as little or as much VR vision training wheels as you’d like, depending on your motion sickness tolerance). Dashing (which doubles as an escape or a dive attack) is governed by a meter, which refills over time.

Other than that, your job is to slice and block to remove enemy guard meters: which in turn will open them up for wide slices (the wider the better, damage-wise). This creates an interesting dance where you can’t just blindly swing like you’re chopping up dinner, as you’ll need to stop and carefully position your blades within the block lines to parry. This in turn chips away their meter and creates a nice little rumble feedback effect. 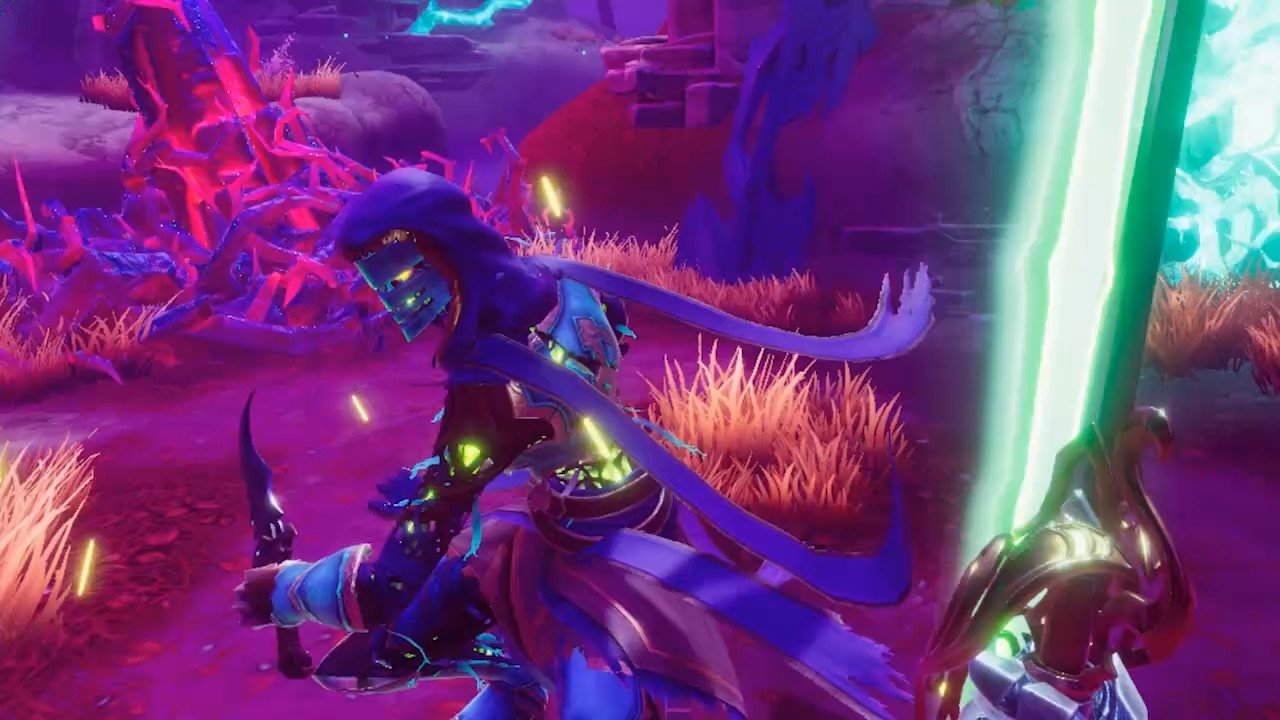 It’s fun from the tutorial on, but once I really started to dig in and come across some of the minibosses (which required rapid blocking, or actual real-life dodging), I was enthralled. Playing this on a tethered headset is fun, but the freedom of the wireless Oculus Quest is just unreal and adds so much. You can walk or look around unfettered, which is supremely useful when there’s multiple enemies at the gates of your visor.

Pretty much everything I could think of, developer Schell Games put in. “What if I don’t want to block or attack with both weapons?” Well, early on you can buy a gauntlet that doesn’t allow blocking with whatever hand you equip it in but provides other bonuses like extra health. “What if I want to swap what weapon is in what hand?” You can do that from the hub between runs. “What if I get super tired and need to take a break?” Saving and quitting will return you back to the same level mid-run. Nearly every quality-of-life upgrade is present in Until You Fall, which just goes to show you how far VR studios have come since the infancy of the medium.

It needs all that too, as it can be really tough at first. As I’ve said many times, learning this game is a far cry from picking up nearly every other traditional project I’ve played for ages. You need to be in tune with the game’s patterns, which require elaborate and swift hand motions. You can’t fake it or cheat it, especially as you start to square off against some of the crazier denizens this world throws at you. Even on normal difficulty (called “challenging,” one of the three settings), it’s very taxing, yet rewarding.

I had no idea what to expect jumping into Until You Fall, but I ended up getting a nice series of workouts on top of a pretty thrilling VR combat simulator. If you’re looking for the next thing to buy with your shiny new VR device, this is it.