From the very start, the Uncharted series has been intrinsically linked to Nathan Drake. His wisecracking Indiana Jones quips have won the world over, catapulting Nolan North into stardom and forcing all sorts of rewrites and recasts for the feature film.

That changes as of Lost Legacy, the newest standalone game in the series that features the duo of Nadine Ross and Chloe Frazer. I think we’ll be seeing more of them. 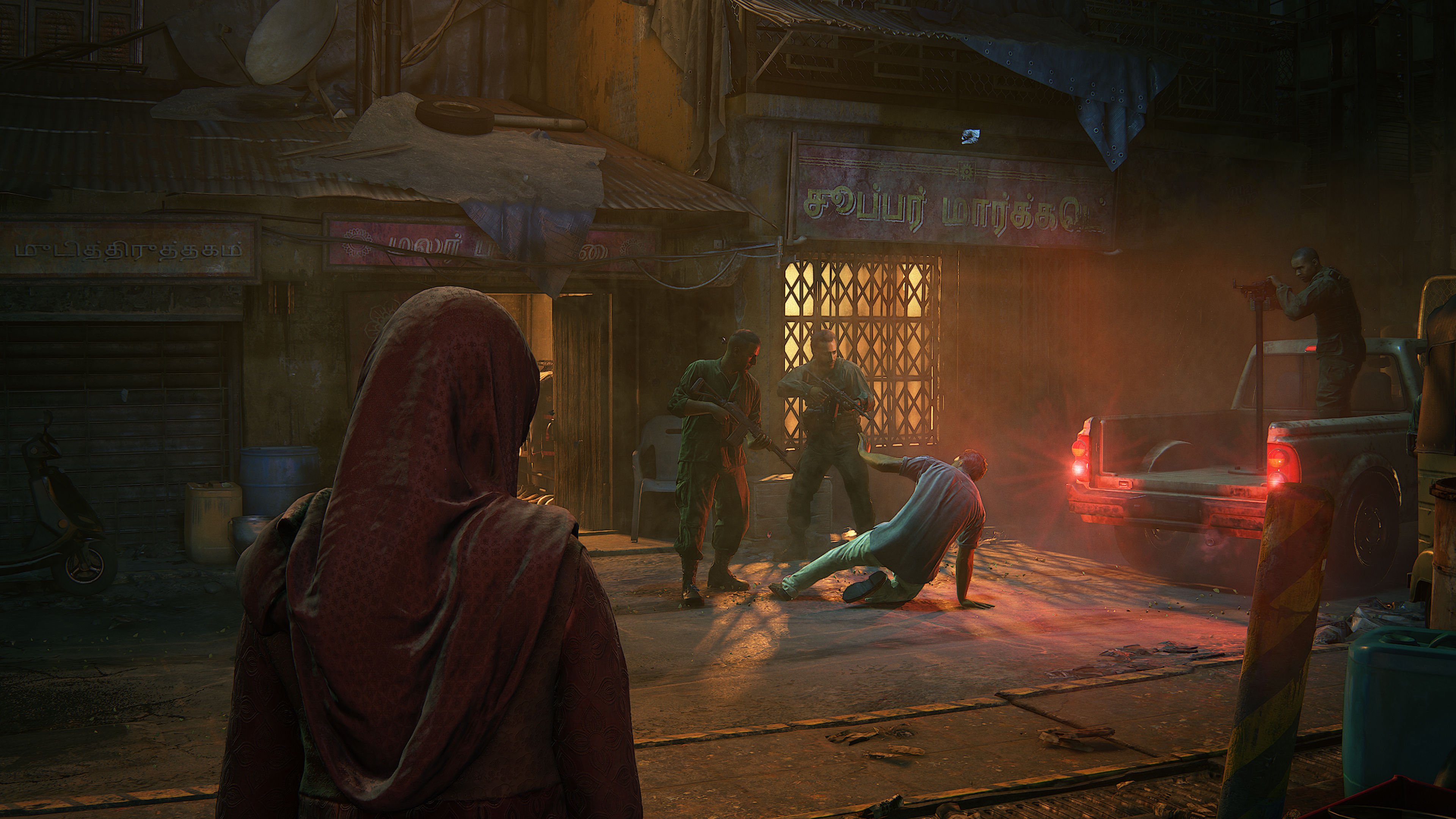 As far as the “new” cast goes, based on their first appearances it took me time to warm up to Nadine, but I was drawn to Chloe almost immediately. It could have been the fact that Uncharted 2 was more engrossing overall, but I took to her personality and Claudia Black’s stellar performance like no one else in the series — an opinion that still applies two games later.

Even if this is your first Uncharted, it won’t take you long to get attached to Chloe either. Within minutes we’re thrust into an active warzone in India and the “Chapter 1” overlay appears on-screen, with no need for lengthy exposition or “the story so far” vignettes. We’re fed information as we need it, without having to spend inordinate amounts of time on backstories and indulgences.

Uncharted has always had it easy giving us enigmatic heroes, but villains are another story. Usman Ally has been doing some great work recently in film, and he brings a gravitas to the role that elevates rebel-leader Asav above that of a generic adversary. He doesn’t get quite enough time to shine, but the scenes he is in are imposing, and not in a mustache-twirling sort of way.

Alas, the vast majority of your time in this not-quite a sequel but not-quite a DLC project will be spent spelunking in a semi-open world sans millions of Ubisoft pins thrown up on a map. Most of Lost Legacy takes place in the Western Ghats of India, providing the familiar “lost civilization” ruin setting we’ve become so accustomed to. You can go off sweet jumps with your jeep or just go on the critical path, but either way if you’re sporting a PS4 Pro and a 4K TV, it’ll look better than it already does in HDR.

It’s not just the scenery though. At this point, given the breakthroughs in animation in Uncharted 4, Naughty Dog has action flow and platforming down to a science. Sequences that have Chloe and Nadine fighting at the same time are just as impressive, and shirk the hokey “double attack!” arcadey feel of similar mechanics from games like Arkham Knight.

These bits are exacerbated by Chloe and Nadine’s strained relationship. Hearing them argue over who gets to take out patrols doesn’t ever grate, mostly because of how interesting their dynamic is. Having the player, as Chloe, pick a lock with a relatively simple minigame only to have Nadine get impatient and just break a window is gold. Nadine plays it straight, and Chloe frankly does quipping better than Nate. I didn’t think this duo would work out this well but now I want to see more of them.

Lost Legacy‘s roughly three-quarters length of a traditional Uncharted allows for very little fat in this feast, but if you’re so inclined Uncharted 4‘s multiplayer is back, with all 14 maps, six modes, and its original co-op survival component — with the added bonus of a wave-based arena gametype. This is all coming on-disc or by way of an update for the original that will cause both games to interface directly. It’s something I’ll continue to ignore but it’s there, nonetheless.

Uncharted: The Lost Legacy proves that Naughty Dog doesn’t need Drake to keep this series going. It’s familiar in just about every respect, but given how much refinement has slowly crept up since 2007, it’s cemented itself as one of the most reliable action-adventure franchises in recent years.