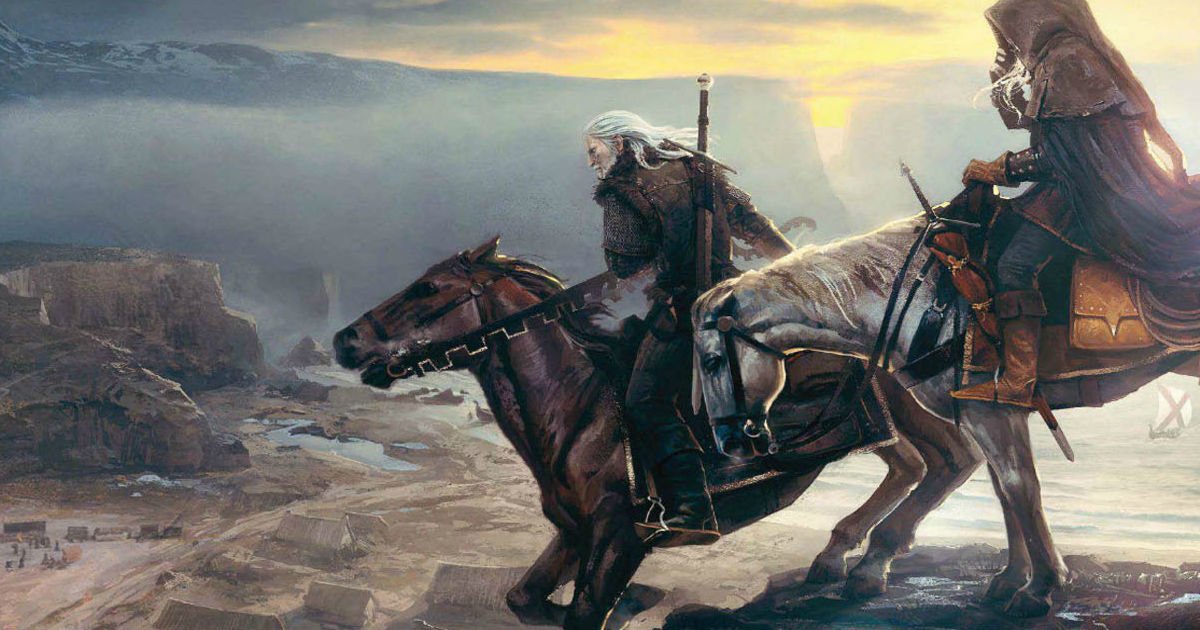 I have an odd history with The Witcher series. I absolutely fell in love with the first game near launch, at the behest of a friend, and adored the way it approached morality. Typically, games of that era would offer up black and white options, which I felt was a lazy way to incorporate the concept of karma into a game.

There’s one quest in particular in the original Witcher that involves someone accused of wrongdoing, and you have the option to help her or turn her in based on the evidence — the game never really tells you what happened, nor does it tell you that you were “right” or “wrong.”

While The Witcher 2 did a good job of bringing the series into the modern era gameplay-wise, it was a step back in many respects. The quests weren’t as emotionally packed, and the narrative felt detached — like you were a generic action hero as opposed to an actual Witcher.

Thankfully, The Witcher 3: Wild Hunt brings back a lot of the personality found in the original, along with a lot of the magic that made the series so special in the first place.

From the very start, The Witcher 3 is a return to form in terms of presenting the core Witcher lore from the first game. Unlike the second iteration, where many elements important to the overarching story were teased or merely mentioned in passing, you get to see more events up close. You’ll have the chance to experience The Wild Hunt itself even more-so than the original title, which is going to be a huge bonus for fans of the series. You get to delve deeper into the world as a whole, and the more personal take on Geralt makes it even better.

Over the course of The Wild Hunt, players will experience Geralt as a teacher, lover, and hero. There are far more opportunities to actually be a Witcher, haggling for goods and demanding gold for your service. These elements were always communicated in past games to some degree, but given the vast scope of this title, you’ll actually get to live it on a constant basis here. The script as a whole is also much sharper, with stronger dialog and a funnier general feel. It helps that it hosts the most interesting cast yet, like a funny young creature that loves to poop, a terrifying trio of witches, a dumb goat named Princess, and one very angry ghost baby.

The setup this time around involves Ciri, a young woman that Geralt has essentially raised as his own daughter. She’s trained with Witchers, but she also hosts a power no one quite understands that has sparked the interest of The Wild Hunt — a mysterious and powerful group that roams the land and terrifies everyone who comes in contact with them. Geralt kicks off the adventure in search of Ciri, attempting to find her in various locations, learning of her whereabouts through story missions. Occasionally you’ll get to control Ciri herself in short standalone sequences, which serve as a window into her point of view and are a welcome brief departure from the Geralt show.

In general, choices feel like they carry more weight in The Wild Hunt, and the characters are more fleshed out as a whole. I felt like the second game had way too many “Would you like to do option A or option B?” black and white choices, but the third iteration brings back some of the ambiguity from the original. There is immediacy to your decisions, but there are lasting consequences in some cases, with individuals that I actually cared about. I like Ciri in particular, and was inspired to press on to find out what happened to her. More importantly, the game is designed as a large collective of little choices compared to a few sweeping options in The Witcher 2. Having a bit of control over nearly every aspect of your personal story is a much more desirable design.

A lot of you out there will probably be disappointed to learn that combat is now essentially Assassin’s Creed, as most of the nuances like stances from the first game and the slower flow of the second game are now gone. Instead, you’ll attack with light and heavy attacks, spicing things up with a few magic abilities, and separate dodge and roll buttons. Geralt still carries his trademark steel sword for humanoid opponents and silver for creatures, but since he automatically takes the appropriate one out most of the time, that bit of strategy is quashed too. It’s not enough to make the game “easy” (especially on higher settings) but normal is significantly more hack and slash oriented than The Witcher 2.

For all of the streamlined changes though, I actually enjoy this take on combat the most. Your magic abilities run the gamut of everything you’d need, from traps to projectiles to a defensive shield, and the dodge mechanic works better than it ever has, which makes battles feel more action-oriented and less like an outdated pen-and-paper scheme. When you add in the ability to parry and counter, combat gets even more interesting. Ciri’s bits are even less expansive, as she can’t access an equipment or inventory screen at all, and only has a few unique spells at her disposal.

When you’re exploring about, the way fast travel is handled is just about perfect. You can technically use it, but players will need to have explored the target area first, and access an actual dedicated fast-travel signpost. It encourages you to see the world without pulling your hair out and losing tons of time manually getting to places you’ve already been. Roach, your horse, will assist in finding those new locations, and the controls are fairly versatile with walking, running, and galloping options. Sailing is probably my favorite means of travel, and in one instance I was even left stranded on an island after enemies capsized my ship!

Questing is also much more satisfying now because The Wild Hunt is less “tunnel” oriented. Thanks to the advancements of newer tech, the open world can be fully explored by climbing, sailing, and horseback riding. The climbing mechanics are a welcome addition, but like a lot of other sandbox titles (I’m looking at you, Bethesda), it comes with its own set of glitches and rough animations.

Specifically, ridges and edges are problem areas, and I had Geralt get stuck a few times in the game world or die to very questionable amounts of fall damage. It doesn’t help the situation when a few main story quests have bugs in them as well. It should be noted though that there is a very forgiving checkpoint save system, and you can manually save at any time. I suggest doing so often.

Once you get your first look at the world and see the new engine up-close, you’ll likely forget about those stiff movements and occasional rough patches. The draw distance is wonderful, and the map in general is insanely detailed. While there are three particular areas that are instanced (cut off from the rest of the world), the core area is huge, and would take you hours to fully traverse and explore, even if you didn’t stop to actually do anything.

For the purposes of this review, I played The Witcher 3 on PS4, which features 1080p visuals, with a 30 frames-per-second cap. Unfortunately that latter figure is noticeable all too often, especially when you’re outside, moving the camera about, and fighting multiple enemies. I have to give it to CD Projekt RED for creating a beautiful, vast universe with very little in the way of load times, but the console edition does feel like a compromise. If you have the rig, I highly recommend taking a look at the PC version, though I haven’t had a chance to test out its stability just yet.

There is something to be aware of in addition to the technical issues. While the combat and overall story have been improved, a lot of quests (particularly the transitions between story missions) involve “Witcher Vision.” Yep, Arkham‘s Detective Vision mechanic is now a part of the Witcher world, and you’re going to be spending a lot of time holding down a button, looking at footprints, and following them blindly to the next sequence. At first it’s a really cool mechanic, and appropriately represents a Witcher’s advanced sensory and tracking capabilities. But once you do it roughly 100 times, it gets a tad old.

If you’re looking for a lengthy adventure, you’ll find pretty much everything you need here. With four difficulty levels (including a super easy mode) there’s something for everyone. Alchemy mechanics shine in The Wild Hunt, as there are lots of ingredient nodes all across the world, easily visible on the game’s mini-map — almost like the developers took a page from the newer Far Cry games. There’s literally hundreds of quests to complete, secret locations to find, and buried treasure to search for.

The core story will last you a good while. It took me roughly 50 hours to complete the game. Hilariously enough, there is one point that feels like it’s the end, to the point where the game even warns you that you should save and that you cannot turn back after entering the area. After I finished that sequence, it turned out that I had at least another 10 hours to go. Once the story is said and done, a few select sidequests can’t be completed, but you’re plopped back into the world, ready to explore. I suspect I’ll be at it for over 100 hours by the time I’m ready to put the game back on the shelf.

The Witcher 3: Wild Hunt is a huge step up from its predecessor, mostly because it manages to tell a more compelling and personal tale. At the same time, that intimate feel is juxtaposed against a gigantic, sprawling open-world adventure that may hit some snags along the way but still comes out on top.