As cursed as its hero

When The Weaponographist was described to me as “a speedrunning hack-n-slasher dipped in a bit of rogue sauce,” I barfed a lil’ bit.

Playing it didn’t do much to assuage my illness. 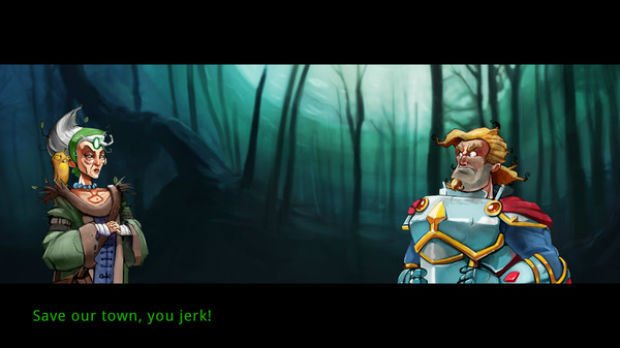 The Weaponographist is designed to be a lot like recent “roguelikes” (whatever that term means these days), and I’d like to think of it as a mix between The Binding of Isaac and Rogue Legacy. The setup this time around for constantly going in and out of random dungeons is by way of a witch’s curse, forcing the hero (who is a bit of an asshole) to rescue a town. He’s cursed to fulfill his obligations, and after death, will constantly respawn in town until he succeeds. It’s a cute setup, but that’s really the only neat thing it has going for it.

With plug and play controller support, picking up Weaponographist is easy enough. Each face button will attack on its respective side, and as part of your curse, picking up weapons constantly is key as they’ll break over time. If you don’t have an item handy you can use your fists until you find another one, pick it up, break it, and repeat. This is the cookie-cutter formula for pretty much every modern roguelike, but unlike a few recent hits, it gets stale after a scant few runs.

Townsfolk will have a few upgrades for you here and there, like better fisticuff training, more complex weapon combos with specific armaments, and spells — a small mechanic that allows you to occasionally bust out fireballs and the like. The problem with the upgrade system is that it’s not sexy in the slightest. There’s only a few boring purchases available at any given time, most of which passively increase your stats in a non-visible or menial manner. 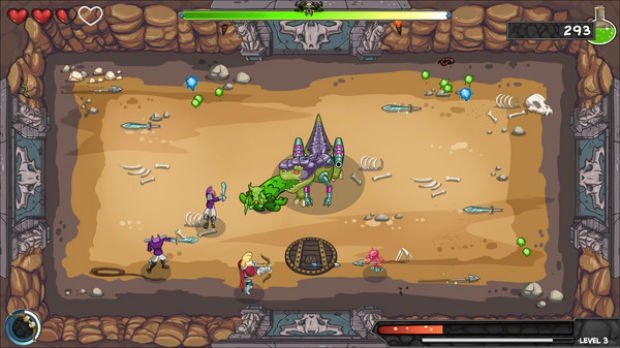 I like the way combat is handled, at least in theory, as you need to constantly kill things in rapid succession to increase in power, and the “break, find” items force you to experiment and get out of your comfort zone. Ultimately, the Isaac comparison ends at the top-down boxed dungeon aesthetic, because it’s much less inspired than Edmund McMillen’s masterpiece. Every room functions like an arena, with very little in the way of exploration or hidden secrets. There’s simply not enough variation, and the amount of time spent in individual rooms is way too long and the end result is grindy combat.

As a hypothetical free PlayStation Plus title, The Weaponographist would have some room to flourish as a mindless hack and slash game with a poorly implemented, but nonetheless existent, reward loop. But as it exists right now in its sole PC incarnation, there are many more titles worthy of your time — including that 1000th run of Isaac you’ve been putting off.