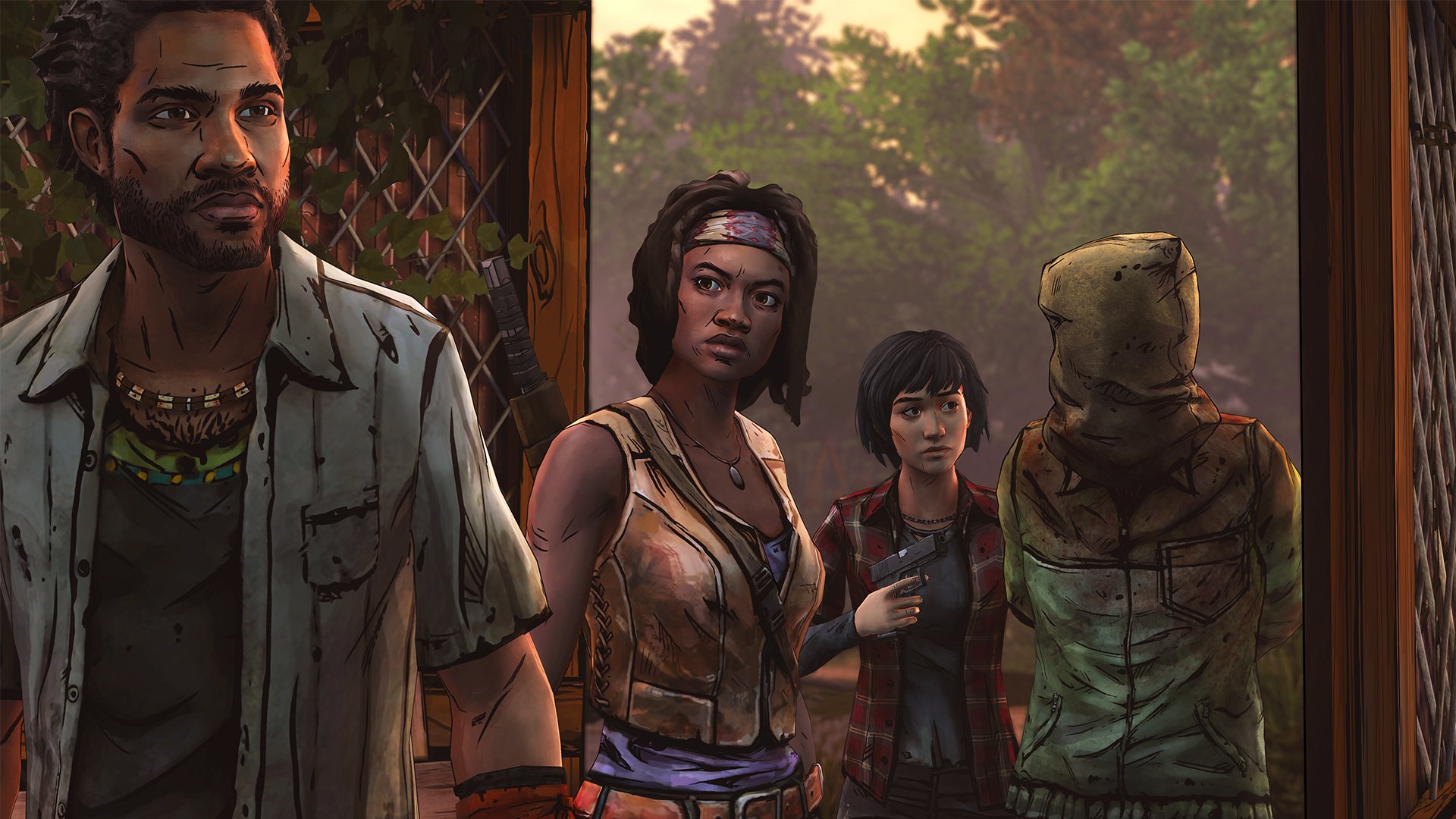 To say that Telltale’s The Walking Dead: Michonne has been uneven would be an understatement. Although the lead performance was enough to draw me in the first time, the second episode dragged, and struggled to introduce any compelling new characters. Much like the in-game narrative, the burden was left on the shoulders of Michonne.

That couldn’t be more true of the finale. 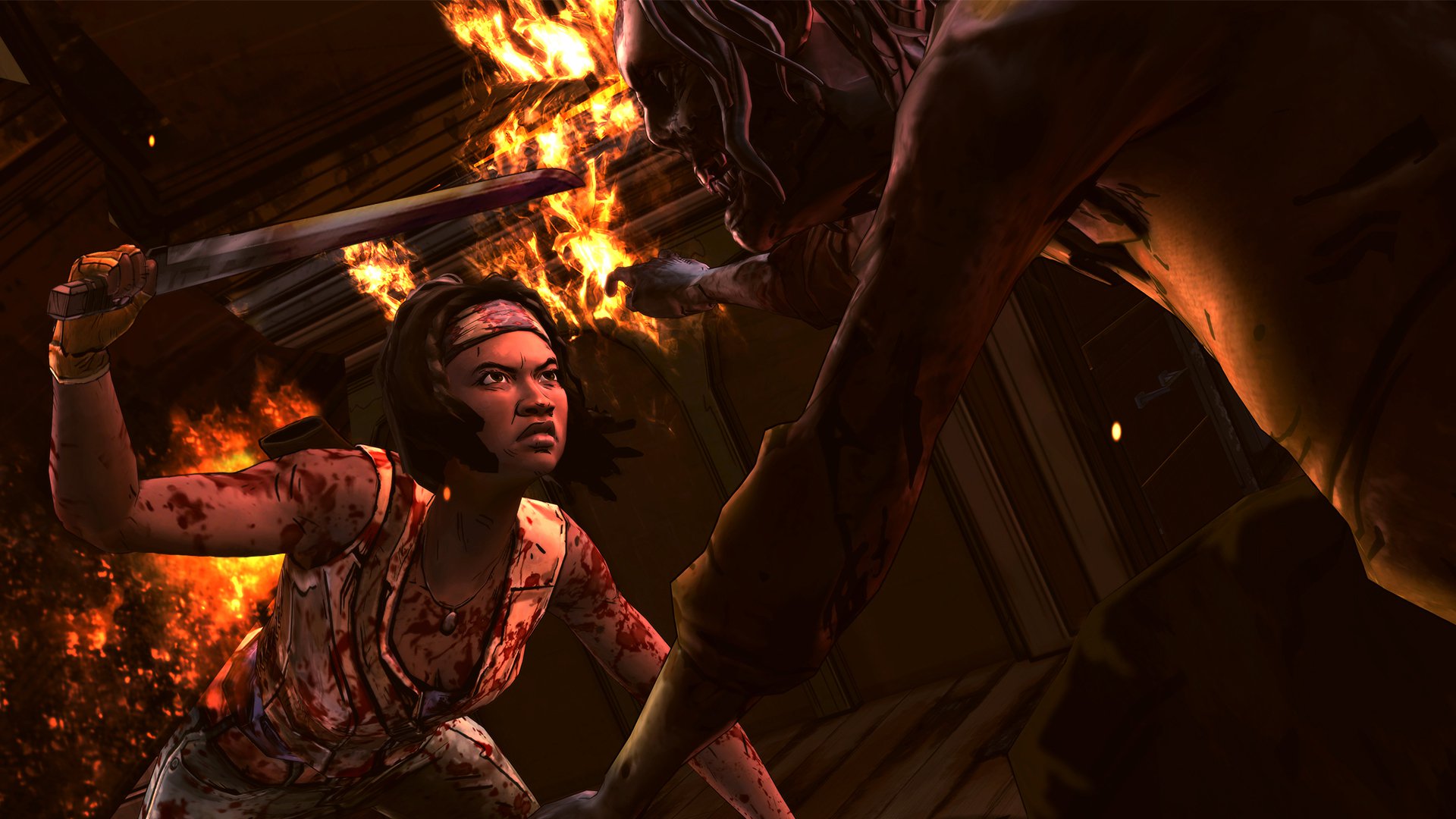 Barring a short “two weeks earlier” interlude, What We Deserve doesn’t miss a beat, kicking off with Michonne backed into a corner in a bad situation. She’s been running from her past this entire time, interacting with mostly adult characters — people she can at least partly relate with — but now, in a household full of children, she finally has to confront what happened that fateful day the walkers came into her life.

Tragedy follows her wherever she goes, but she’s not merely a victim of circumstance like a lot of other bad Walking Dead characters. Unlike nearly any playable character to date, I love being able to manifest all of the aspects of her personality. Her parental instincts. Her lame jokes. Her stern advice. She’s more interesting than multiple cast members in a typical Telltale joint. Any scene that solely deals with the machinations of her mind and her past are great, and this episode has a pretty heart-wrenching one.

But most of Deserve deals with wrapping up the story — the conflict with Randall and Norma. There’s a calm before a storm, to so speak (you can probably guess what’s going to happen based on the ending of the last tale), and everyone gets a chance to shine here. The actual main confrontation is tense as hell, and on multiple occasions I let the dialogue/action timer run down into the red before I made my choice.

Under the surface, it just reminds me of the limitations of playing a Telltale game. With an old school adventure (or even some recent RPGs like Mass Effect 2), you get the chance to meticulously design a plan beforehand, with your choices drastically altering what unfolds later. But here, the end result is mostly scripted, and you’re just altering the details. On-screen text like “Hold W to move the clock” is also equally annoying and trite when they could easily display that information in a more organic way.

It took me three episodes to realize it, but I really wish this series had just been entirely comprised of the dates leading up to, and during, day zero. Seeing flashbacks of it happen, especially when it’s interwoven with what’s happening in real time is very cool, but the supporting cast just isn’t strong enough to hold the three episodes together.

What We Deserve is an action-packed conclusion, but I wouldn’t necessarily call it satisfying. It’s interesting, because this Michonne series in general hasn’t been the best side project, but it’s far more satisfying than say, Jurassic Park, which was a failure all around. Grab it all on a sale if you really like the first two seasons.