I’m not one to boast, mainly because I’m terrible at it, but on occasion I have been known to state my belief that in a zombie apocalypse I’d probably do alright. I have no idea why I think that years of sitting on my arse, reading comics, and watching zombies on TV would make up for my lack of fitness, tar-caked lungs, and general cowardliness, but there you have it. If one thing is going to stick with me from Long Road Ahead it’s that I’m kidding myself — I’d be a terrible survivor, and a far worse leader.

After the horrifying events in Starved for Help, I ended the episode on a pragmatic note. It was the first decision I had made that had just been about survival, plain and simple. At the time, I thought I made the right choice. However, over the last month I confess to being racked by guilt, not something I’d normally expect after finishing up a game. I decided, before I’d even installed episode three, that I’d make more of a concerted effort to do the right thing. What an absolutely terrible mistake. 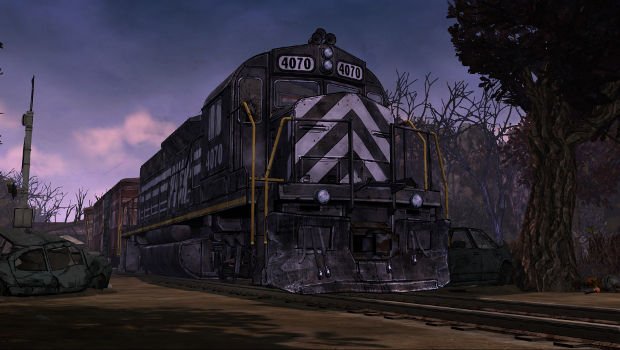 It’s been a little while since the Macon crew survived the dairy farm; long enough so that everyone was looking gaunt, exhausted, and in the case of the gentlemen — hairy. Once again, supplies are running low, and Macon has been almost picked clean, leaving everyone to argue about the future of the motel. Kenny remained adamant that heading to the coast in the RV is the sensible choice, while Lily — who I’d supported thus far — was coming apart at the seams and wasn’t going anywhere.

It was a powder keg, one just asking to explode and blow everyone to kingdom come; all it needed was a spark. It didn’t take long for one to appear, one that put everything and everyone at risk. Supplies were missing, and the now small group contained very few suspects, but before the traitor could be ferreted out, the survivors found themselves leaving Macon far behind as they travelled east to Savannah. Kenny got his wish, at least, though by the end of the episode his regrets would eclipse everything else.

This zombies, trains, and automobiles road trip heaps on the tragedy at every turn in such a way that would make even Robert Kirkman feel bad. The previous instalment was all about the all too human monsters that thrive in this zombie infested world, and whatever they were like before, they had become foul, terrible people. In contrast, Long Road Ahead is completely focused on the group itself, and their almost prophetic spiral down into the realm of paranoia and violent conflict. 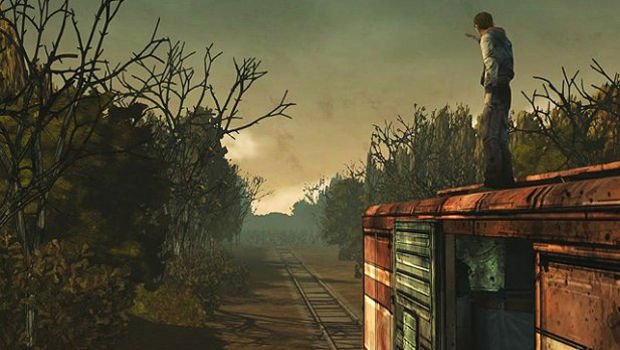 The brief respites from the unrelenting horror of the situation — being Batman to Duck’s Robin, telling stories of better times to Clementine as she falls asleep on your lap — merely exist to make the sequences which follow all the more painful. Having a blether and getting to know other survivors better is just asking for misery down the road. I’ve now learned to fear the quiet moments more than anything else, and concepts like friendship or romance become risks rather than something which is sought.

My choices are still echoing around in my skull, and somehow Telltale has managed to make it even more difficult to exercise the game’s limited free will. My noble goal to try to go back to being the stereotypical good guy seems like it’s damned everyone, at best it was like pissing in the wind, or maybe a hurricane. This episode makes it more apparant than ever that The Walking Dead is a series about consequences and responsibilities, and it puts players in one of the most appalling scenarios that I can think off, then it demands you follow through with your decision in a way that defies you not to be riddled by guilt. Lee’s most compassionate act is undoubtedly one that he’ll be unable to forgive himself for and I can’t deny that it’s affected me, too.

Long Road Ahead is by far the most traditional episode in terms of pointing and clicking. It features a wider range of locations, and tasks players with solving a few more puzzles than the previous games have offered. There’s a wee investigation, exploring, button pushing and switch flipping, and of course the walking dead themselves appear at the most inopportune times. The result is slightly less focused pacing, but it’s appreciated and provides a break from the loss and poor decisions that marked the Macon group’s journey to Savannah. 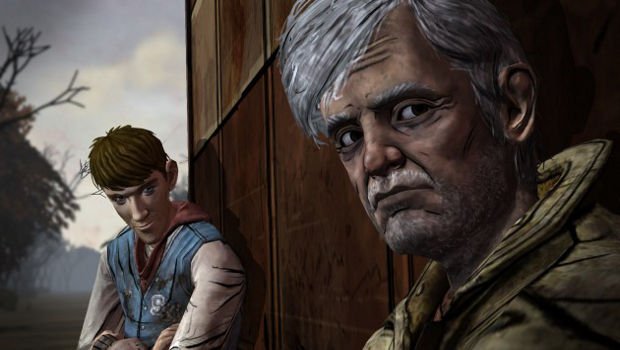 New faces are also introduced, even a chap who shares Lee’s love of history. So, another three people I don’t trust in the slightest, but will probably foolishly try to rescue constantly. Despite all the stormy drama gripping the original group, the newcomers do get a chance to shine a little bit. The enigmatic hobo, Chuck, looks like he’ll be dispensing a lot of wisdom, and that’s something Lee sorely needs. His questioning of Lee’s ability to protect Clementine led to a scene reminiscent Rick teaching Carl to shoot in the comic, and the bond between the pair is one of the few aspects of the game absent horror. Well, most of the time. The odd couple, Omid and Christa, arrive late in the game and manage to bring a bit of light-heartedness to the proceedings (for all of five minutes) while subverting the expectations we’ve been trained by Telltale to have.

It wouldn’t be The Walking Dead without a cliffhanger, and Long Road Ahead certainly has one of those, yet it is perhaps the weakest part of the episode. It sets up an interesting premise for the next one, but it’s more odd and slightly confusing than shocking. There’s a strange disconnect between it and that which took place before, however I’m suitably intrigued to be ravenously anticipating its unravelling next month.

The middle point in this depressing journey is also its most compelling episode, building on an increasingly strong foundation as it does. Being a natural cynic, I’d normally be worried right about now — cut throat attitudes to character longevity and constant arguments have diminishing returns. However, each episode thus far has been rather unique, and the change in setting to Savannah and Lee’s shifting priorities means that episode four promises to stress me out in completely new ways.