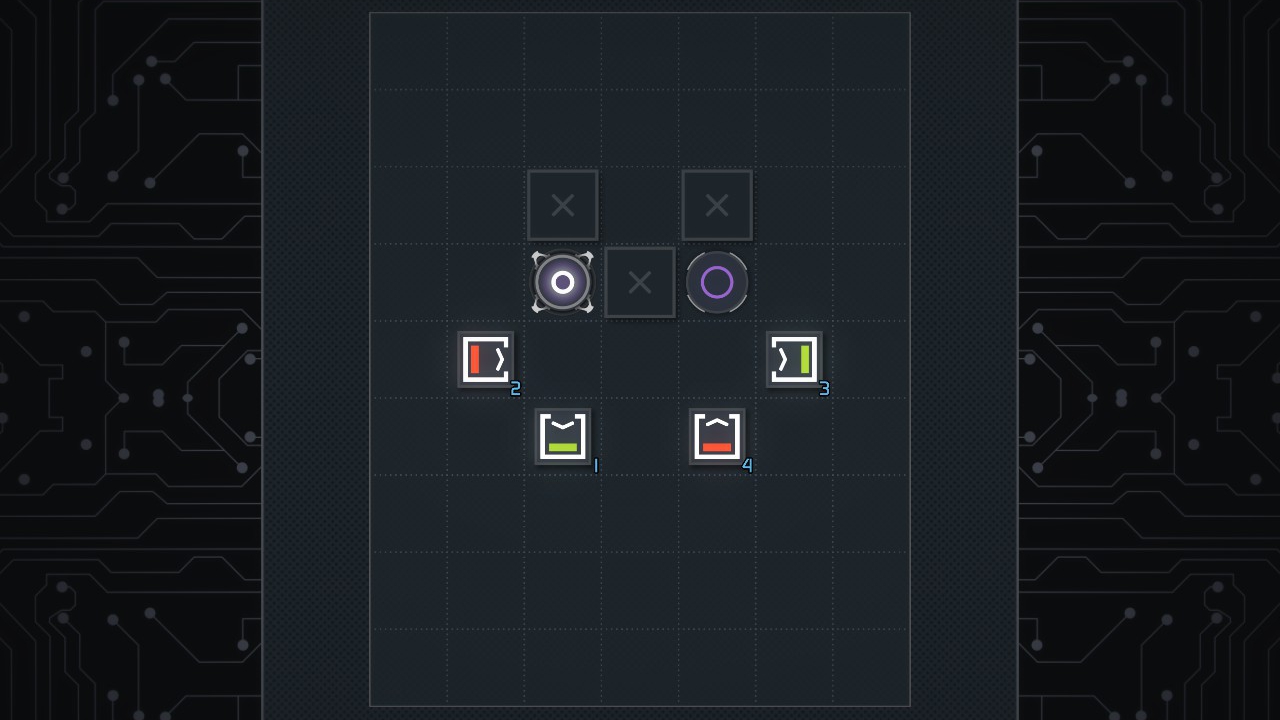 Computer programming is a lot like a puzzle. An individual program has a main goal to accomplish, and getting there requires a set of pieces executed in a particular order. It takes a certain part of the brain to think ahead, put everything into place, and have it work as intended.

That’s the kind of thing the Sequence does. A handful of modules with simple effects replace the if-then statements and for loops, but the thinking is the same. Don’t just get the ball to its hole; build a machine that will move it and every subsequent ball to the goal for as long as the program runs. 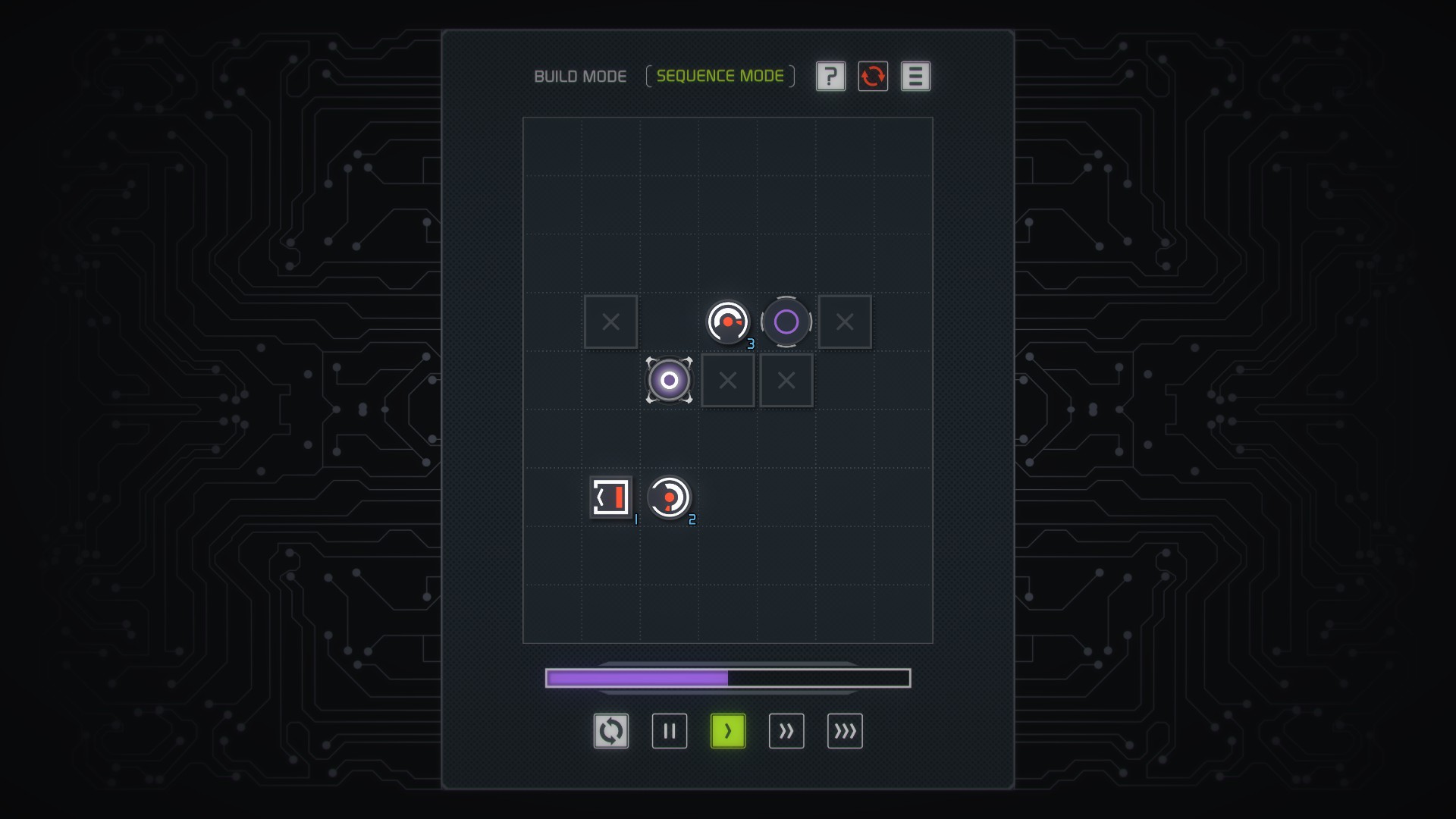 There are two types of modules to work with in the Sequence, those that move objects and those that modify other modules. The only way move the binary cell (read: glowing white ball) to its receptacle is with the former type, but the latter group is just as important to modify the behavior of the movers.

About halfway through, I was struck by just how few movement tools there are. That’s not a knock against it; the fact that it’s possible to enact so many different patterns with only three types of movement is impressive.

Each tool is introduced individually over the first set of levels. Their functions are shown off in easily solvable puzzles before ramping up the complexity and moving onto the next new toy. It makes sense as a way to ease players into new abilities, but it makes for a stilted difficulty curve. I ran into the most trouble about two-thirds through the opening set, but then breezed through the last levels after the introduction of the final module.

After that, the Sequence doesn’t hold back. The second set of levels is especially difficult, but it still feels fair. It’s almost always possible to fall back to the very basics, using logic to suss out which pieces have definite placement. Failing that, there is a hint system in place, but it can’t be used liberally. Hint Points are awarded every few levels, and a single hint just reveals the placement of one random module in a puzzle, which can contain a dozen or so at the most complex.

The trial-and-error nature is also reminiscent of writing lines of code. After setting the piece in place, hitting play is essentially like compiling a program. It plays out and any errors in the setup show up, then it’s back to the drawing board to tweak the sequence and squash the bugs.

The difficulty makes for especially satisfying puzzle completion. I have several screenshots of functioning programs, partially because I was proud to have found a solution, and partially because it’s just cool to look at the fully realized machines. 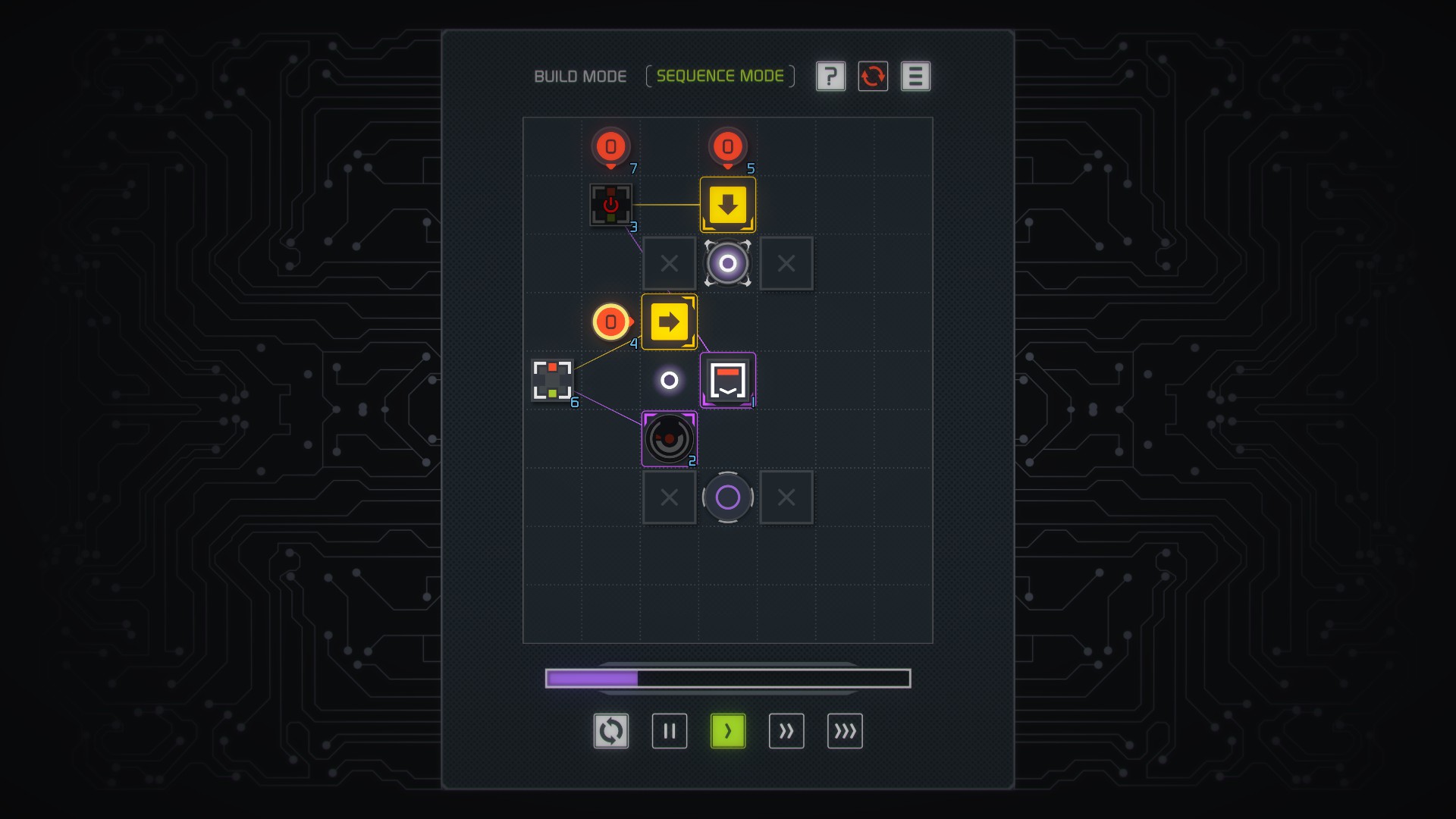 A third, optional set of levels opens up near the end of the first. Called the Sandbox, it’s probably my favorite way to play. Rather than limiting the type and number of modules in play, it grants access to all seven in excess. As a result, there can be several wildly different solutions to a problem, rather than just the one or two. Again, I see the parallel with programming; there’s more than one way to approach any task.

There’s not a lot to complain about with the Sequence. Its clean look and atmospheric electronic music don’t distract from the real meat, the puzzles. As far as that goes, there are a lot of them to take on, especially for the minuscule price. It can be tough at times, but that just makes it more gratifying when it all works out and the balls go in the hole.