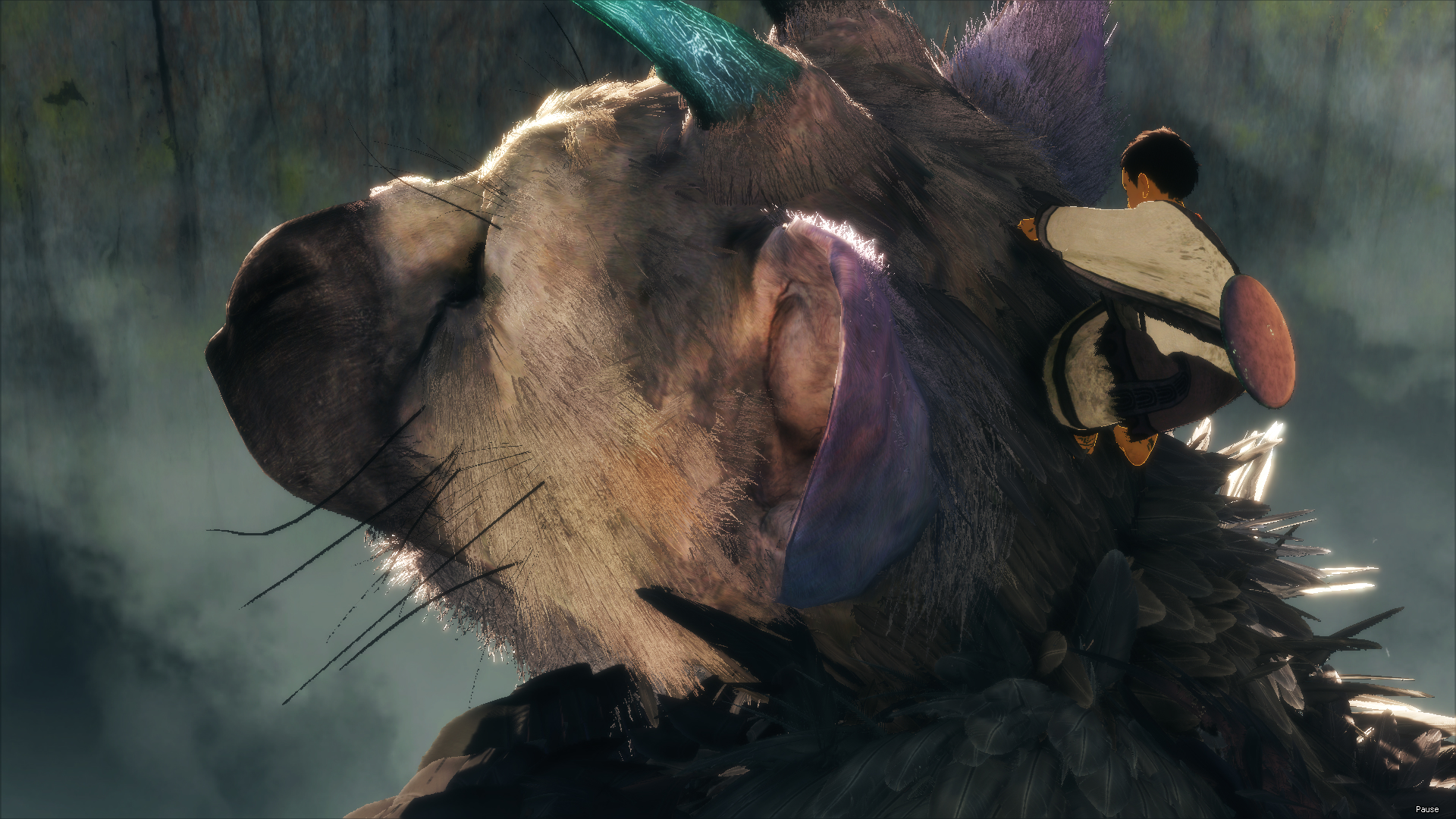 Hopefully not the last from Team Ico

How do you really prepare for a review for The Last Guardian? You can’t.

I mean, you can try. I replayed ICO and Shadow of the Colossus once Guardian had a firm, really real release date, to try to have a fresh frame of reference, but going into a game from Fumito Ueda, you really need to be ready for anything.

[Like Team Ico’s other games, it’s best if you go in completely blind, so I’ll avoid major story spoilers.]

The Last Guardian is framed as an in-medias-res narrative from an old man, recalling his experiences, and strangely, there is very little mystery at first. The narrator notes that “he” (the boy protagonist) has awoken in a jail-like area, has strange tattoos he didn’t have before, and is host to a companion in his cell, a creature called “Trico,” who is initially hostile. It doesn’t leave much room for interpretation, which is a relatively jarring way to start.

Because when it came to Ico and Shadow of the Colossus, I was immediately left wondering what basically…everything was from star to finish. I still am in some ways, years later! It was an early red flag, but that concept of over-explanation was immediately shaken in the first 10 minutes or so. I realized that that initial area was basically serving as a tutorial for people who were maybe turned off by the recondite and mysterious past games. My fears were brief and unfounded. The Last Guardian is real, and it’s good.

It’s insane how organic Guardian is. It doesn’t feel like a cookie-cutter puzzle platformer, and instead delivers on the promise of giving us an actual “adventure.” If there’s such a thing as the “companion genre,” Team Ico has cornered the market. I appreciate that in this era of microtransactions and multiplayer-centric project, there’s still room for something like this, tumultuous development cycle or not.

This is not a high-flying, frame-perfect action game for people who want to zip around with air dashes or dash cancels. This is more methodical, reactive. Trico is created to react like an artificial intelligence — an AI of a mythological creature, even — and won’t always come or act on your command, especially at the start. You can jump, interact, crouch, call, and tackle/throw, all of which elicit actions from the boy, but not Trico. And these actions, mind, are all up to interpretation based on the context. Interaction can mean picking up an object, opening a door, climbing, as well as a dedicated “pet” button (aw). There might be only several actual solutions to a common problem, but with the way it’s presented, it feels limitless.

Don’t get too excited though, because if you haven’t grown up with old-school 3D platformers, prepare to fight the controls a bit. They definitely feel archaic in many ways, like Last Guardian truly is a product of the PS3, or even PS2 era, but the juice is worth the squeeze. I mean, there are barely any options at the start either — it’s basically just some minor camera alterations. You’re playing it the way Ueda and his team unabashedly intended it to be played (as an aside, I had no idea I had to mash buttons to turn a seemingly endless load screen into a five second one, so there’s a tip for you!).

My only real problem is with the camera, strictly when it comes to the framing during in-game events. It almost ruins some poignant moments because it’s so stringent and doesn’t allow you to fully view the environment. This is in part due to how large Trico is, which is no doubt a deliberate design choice. But there are many cases where we get a cinematic view that zooms out or centers a bit, so it’s just not consistent. This isn’t normally an issue with puzzle solving or traversal, just exposition, so it’s not a big knock, just something to consider. Same goes for the noticeable pop-in with outdoor areas. 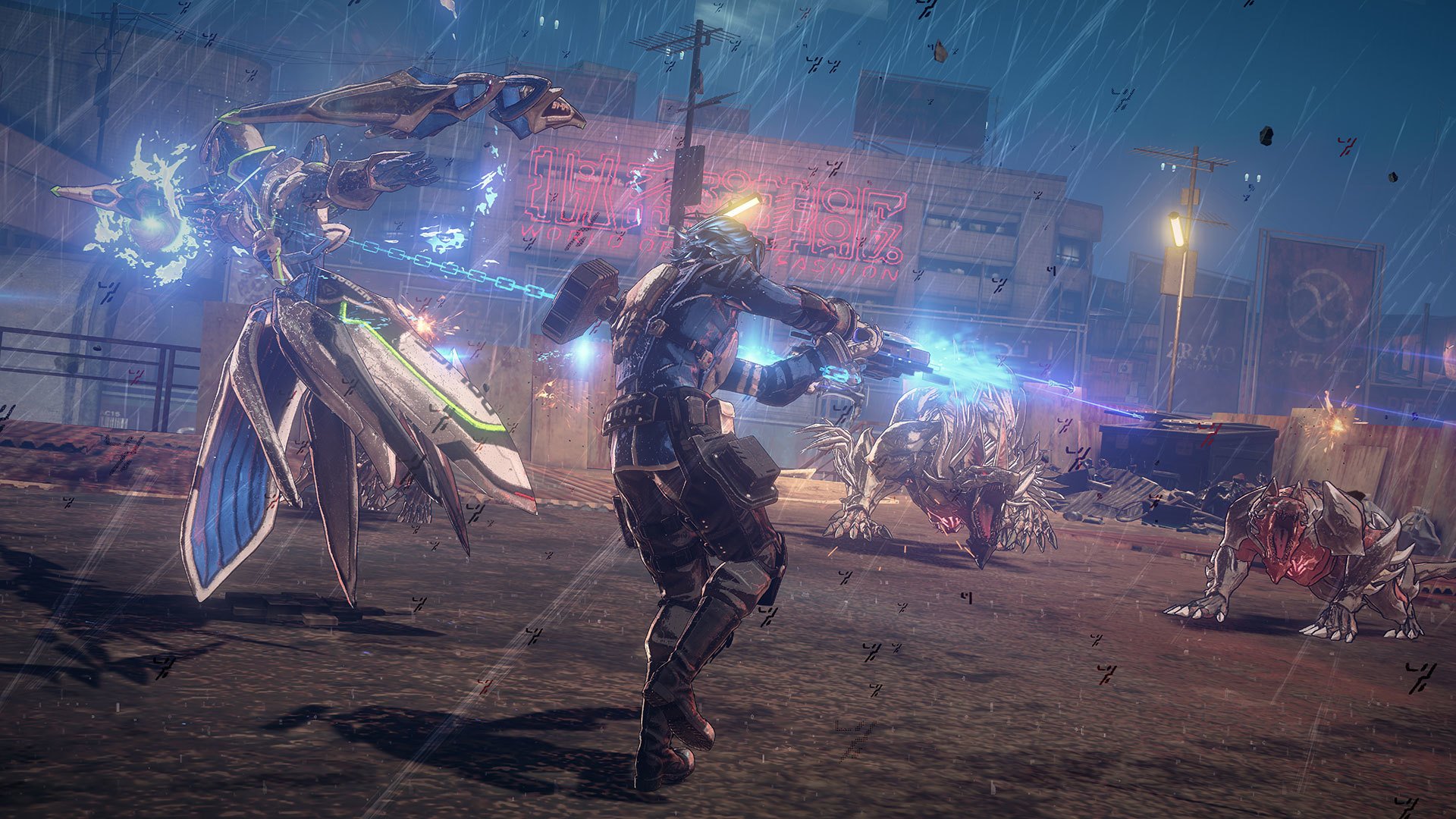 As old as it feels at times, I can see why it took 10 years just based on the animations alone. The boy and Trico are emotive in a way that most developers wouldn’t even attempt. If you cried at the end of either Fellowship of the Ring or Return of the King, expect your tear ducts to work overtime. That’s not necessarily a take on any big event that happens, just little things that feel genuine.

There’s also a tantalizing inherent fear to not having Trico around, if you have to crawl into a cave and part with it for even a moment. As a pet owner for roughly half my life (cats and a dog), I can definitely relate to that separation anxiety. Plus, just like real pets, they’ll piss you off from time to time and not listen. It’s even more impressive when you see all of the effort that went into making Trico a part of your journey (from a visual and audio perspective), drilling down to minute details like how he’d feasibly cross over into new areas. You’re not dragging him along like a chore, he’s with you the whole way.

Like Team Ico’s past work, talking about The Last Guardian too much inherently drifts into spoiler territory, but we have years to unpack this. For now, I’m confident in saying that although it isn’t their best work, there really aren’t too many directors out there like Fumito Ueda, and I hope for our sake, he continues making games.