Purge whoever made this garbage

Of all the contrived horror franchises, The Purge series of films is the most perplexing to me. Series like Insidious or Saw are, for the most part, poorly written excuses for a nightmare to emerge onscreen. These films don’t always succeed in scaring the audience, but they do try to be scary. There’s a real fear, a miasma of dread that hangs over seeing these movies. If you happen to walk into a theater this fall to see the next Halloween movie, you can at least expect to be on edge, somewhat uncomfortable with what the movie could throw at you.

The Purge franchise does not do this. Not even slightly – and that’s why I just don’t get it. I don’t get why people keep flocking to see these movies that continue to ride the same dull, half-baked premise into theaters near you every single year. With this year’s installment, The First Purge, nothing has changed. I ended up laughing and cringing more than I did squirming in my seat.

The First Purge starts off with a fresh set of protagonists, as does every Purge movie. This time around, we follow Nya (Lex Scott Davis) and Isaiah (Jovian Wade), two siblings struggling through life in a project on Staten Island. The titular first purge is the focus, making The First Purge a prequel for the series, though it hardly matters. People are skeptical that anyone will take part, but as the murdering and masks-per-capita soar, our heroes must fight to survive with the help of Dmitri (Y’lan Noel), Nya’s ex-friend, and leader of a local drug operation.

But, before we meet any of those people, we’re introduced to fucking Skeletor. What, you don’t know him? Skeletor is a coke-sniffing rage fueled psychopath who, for the entire duration of The First Purge, made me laugh my ass off. The very first shot of the movie is a close-up shot of his face, staring into the camera with a shit-eating grin. The movie wants you to be hopelessly intimidated by this man. He has scars on his face, he’s clearly out of his mind, and he’s probably thinking about eating your face. But it’s just too much. This character is so over the top, so out of control, that he became my favorite character of the entire movie. 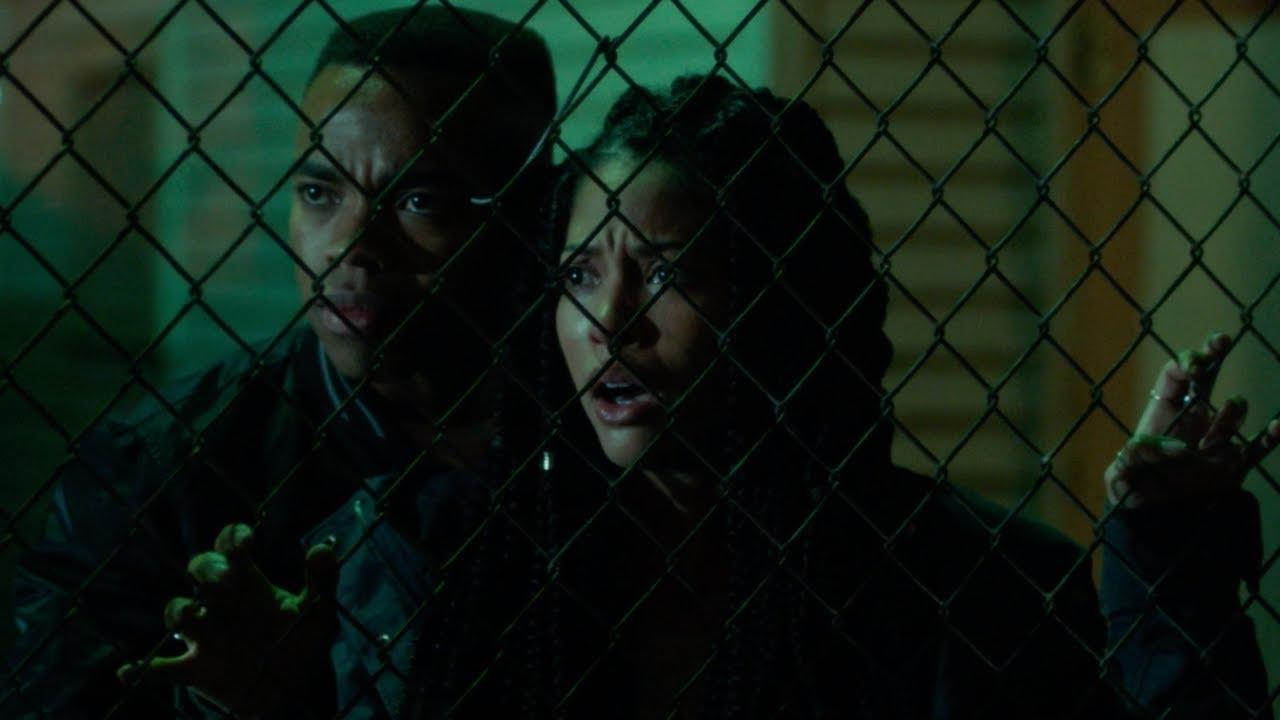 Unfortunately, Skeletor isn’t the main character. We don’t get to see him eating someone’s face. Instead the movie has its focus set on two things: our real protagonists and a still-gestating plot about cementing the Purge as a new way of American life. Both of these parts are terrible. Nya and Isaiah, especially Isaiah, are forgettable, aside from displaying levels of idiocy never before seen in film.

But the half-finished plot is downright broken. Every villain is a racist, xenophobic dickhead, right down to donning the hoods of the Klu Klux Klan, or latex-finished Gestapo uniform – no, I’m not making this up. If they aren’t outwardly racist, they’re a cold, cult-like psychopath that thinks killing the proletariat will somehow solve the debt problem in America – no, I’m still not making this up. The plot is at once a retread of past Purge films and a brand-new cavalcade of ridiculously stupid ideas that make very little sense. Even the political messaging in the film is undercooked, with the central theme boiling down to fight the power.

I’ve said enough on the plot. What really needs to be addressed is the horror in The First Purge. There just…isn’t any. If you’ve seen two horror movies before, then the entirety of this movie will feel stale to you. There’s very little tension. Our characters are rarely in any danger, and when they seem to be, half of these are either false-scares, or practical jokes played on horror-fanatics who thought they were going to see a scary movie, and not a piece of shit. There’s a point where a character has Isaiah and Nya at gunpoint, moves to fire, and unleashes a stream of water. That’s right folks, we’ve got squirt gun scares in this year’s Purge outing! That’ll be $15 please. Asides from poor scares, the movie adopts a more power-fantasy narrative halfway through that allows for several poorly edited and directed action scenes, filled with caustically bad blood effects and fight choreography. These two elements, the horror and the action, are either so boring or so face-palm inducing that the movie has no weight. 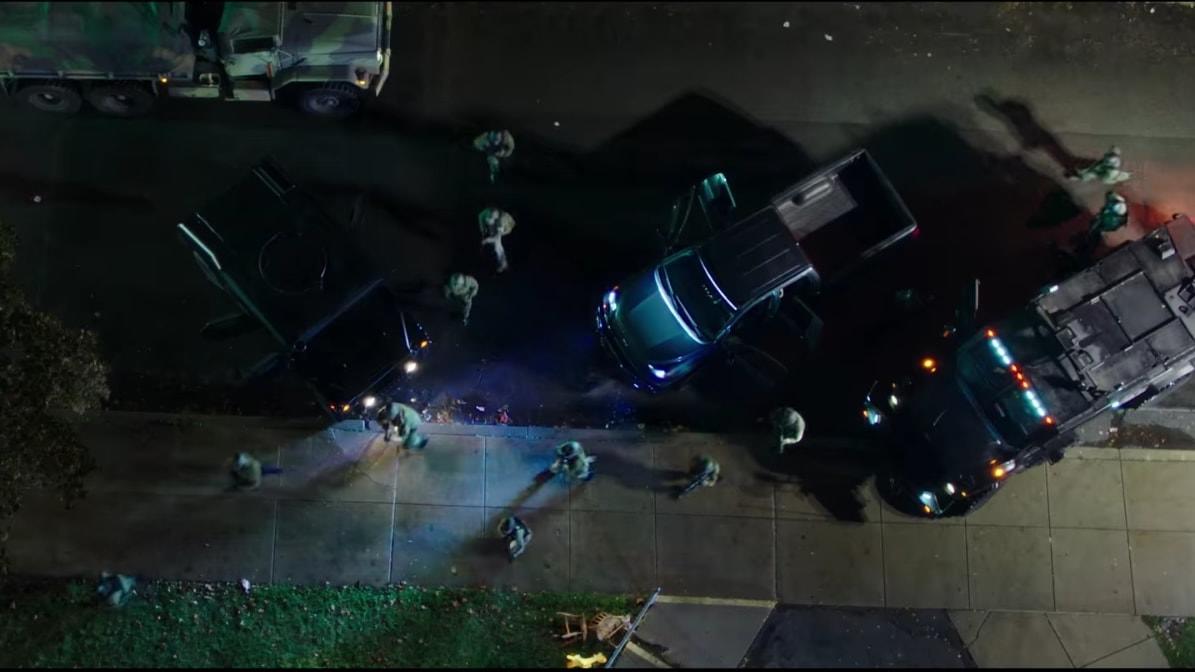 What’s left to say? The acting is bad. The horror is bad. The plot is bad. The premise is dumb, and always has been. The First Purge was yet another limping entry in a moldering franchise that has no interest in scaring its audience. When the best thing about your movie is Skeletor, you know you did something wrong.