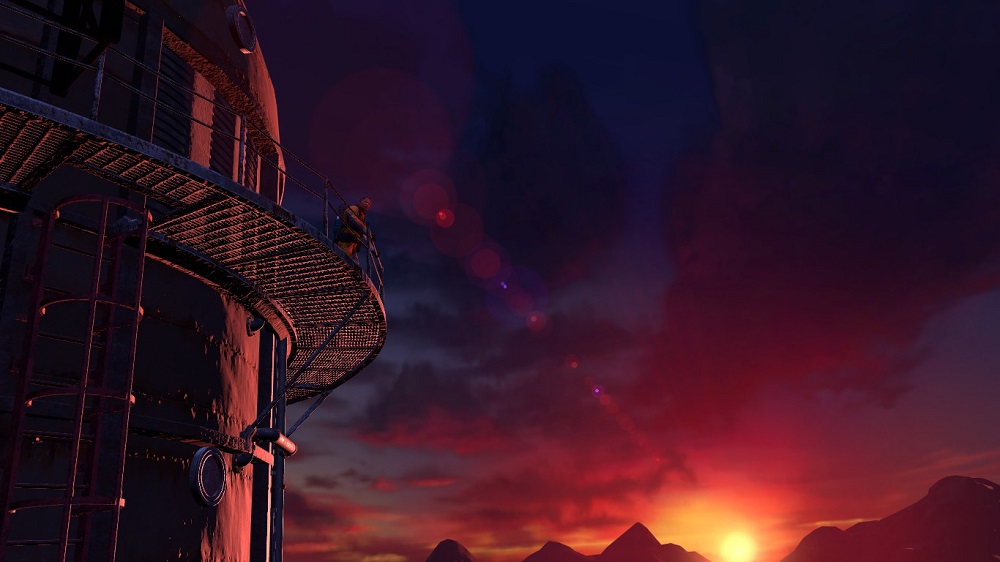 Yeah, you WISH it was a game based on that George Clooney movie…

[Disclosure: I went to university with The Descendant‘s lead writer, Giles Armstrong – same film course, same graduating year – though I haven’t spoken to him in over a decade. He did not request me to review this game (it was the Swedish developer, Gaming Corps) nor have I reached out to him in any way.]

Sometimes, there are games that just slip under our radar at Destructoid. We get so many requests, through so many channels, that we end up with a virtual slush pile. There have been many times when I have to spring clean and find something that should’ve caught my eye the first time around.

The Descendant looked to be one of those lost games. What with the final episode getting a release quite recently, I thought it best to play catch up and give the whole season a fair shake, spurred on by my left-field plight and a surprise name not heard in years. But was it really worth dragging out of the slush pile, or better to be left buried instead? 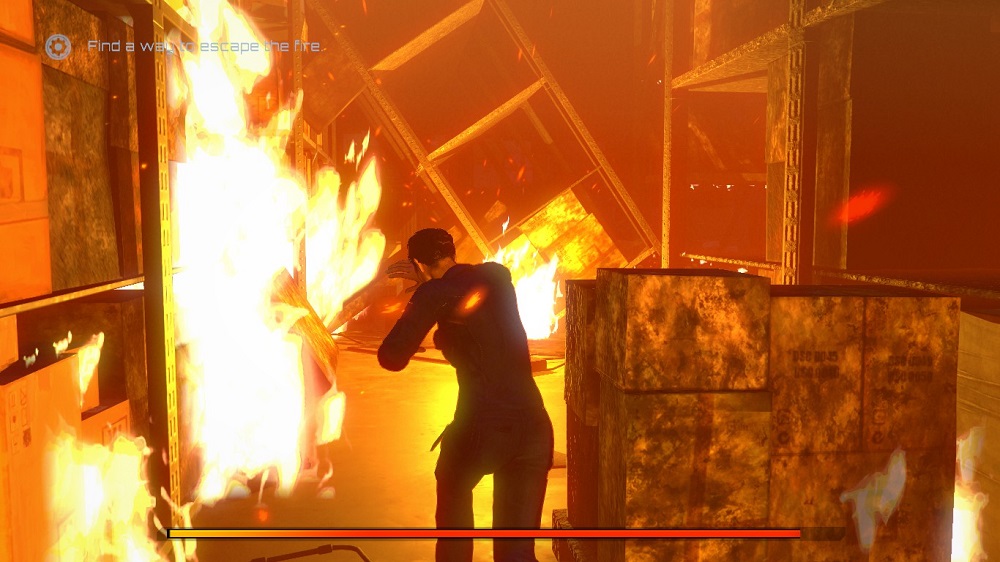 Long after the bombs dropped on America, the last of humanity survives cryogenically in fallout shelters, or Arks. They’re split into two groups: the best and brightest called Descendants, and the blue collar workers assigned to keep them safe, Janitors. Donnie is one such Janitor, dragged across the wastelands by a glory hound Senator, Randolph, to investigate the unresponsive ARK-01. As their journey takes them deeper into the unknown, answers unfold in the past, where Janitors Mia and Silas struggle to keep the last survivors alive during a series of catastrophes. Though divided by time, it seems something has always been watching them, and it’ll do whatever it can to complete its mission.

The Descendant starts off strong enough, placing an emphasis on characters over big sci-fi ideas, only to slowly change the balance over each episode. The cast is well-written, subtly diverse, and full of conflict; ideal for a game such as this. And while Donnie is the de facto hero, it’s actually Mia who becomes the most notable, due to her intentions erring more towards selfish than noble. The Descendant’s minimal cast and claustrophobic setting make for an intimate experience, pulling the best from a lot of high-concept/low-budget rentals, ropey line delivery and all.

But whereas those ideas work in the space of 90 minutes, The Descendant tends to repeat itself over the course of five episodes. Issues are resolved, only to be pointlessly brought up again, while some narrative tricks play their hand way too early. In one instance, an important character just slinks away with no fanfare and gets a slideshow ending for their troubles. Still, while it might not be as lean as The Bunker, a similar-themed sci-fi game, The Descendant is an engaging tale of survival and maddening paranoia.

But it’s a story determined to be told with or without your input. While it clearly emulates the Telltale Games formula, it completely lacks their complexity. Long drawn-out scenes, intense as they may be, are usually played out with maybe one or two player responses, and even those seem arbitrary; a snide callback in a later episode is the best you’re going to get until the finale.

Obviously, The Descendant doesn’t really have TTG’s budgets to play with (it runs on Unity for a start), and thus lacks the freedom to explore branching avenues, but there are many moments where the situation calls for interactivity and it’s just not there. That said The Descendant acknowledges this at times and subverts a conversation or two, like when you see events from Silas’ perspective or when Donnie is being questioned by a sinister program. They’re few and far between, but at least The Descendant tries when the opportunity arises. 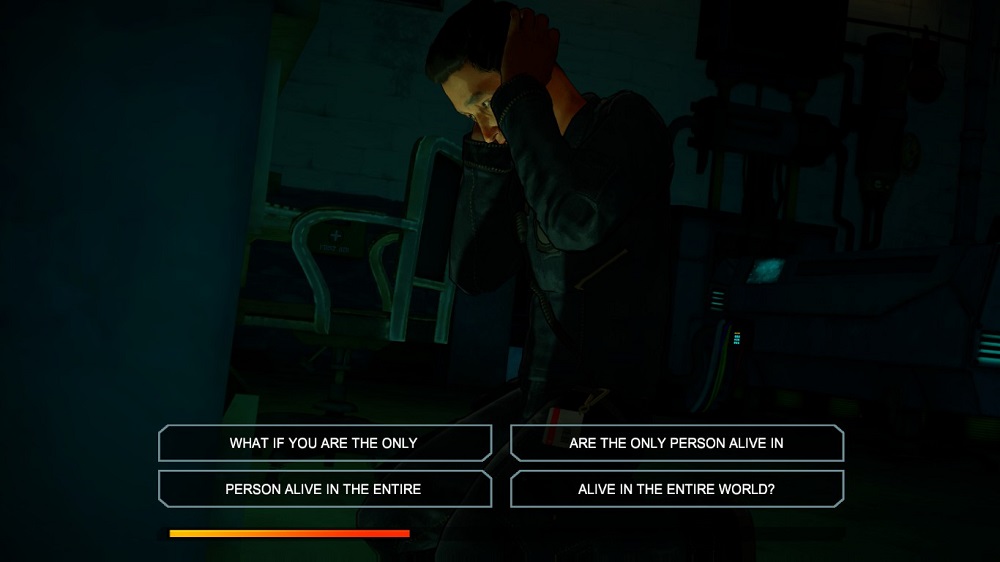 As an adventure game, most of the interaction comes from clicking on observational hotspots and solving puzzles. The latter of which are extremely varied, ranging from easy algebra and simple construction to multi-staged brain teasers. Nothing is repeated, though the better ones tend to involve the Descendants. Make a mistake, take too long, or get too curious, and someone’s life support gets switched off.

While the opening episode introduces this concept in a frantic manner, with Mia racing against time to fix a broken regulator, later episodes utilise it in slower, strategic fashion; making you second guess your moves with a seemingly easy puzzle. While their lives aren’t essential to the plot, the added risk and tension is welcomed all the same; especially when it crops up in the unlikeliest of places.

What will frustrate players the most though is that The Descendant has no sense of spread or pacing, hording all the best ideas for one episode and leaving the next running dry. The opening acts are relatively low on interactivity, with the story confined to a handful of reused locations, each one aesthetically different over time. 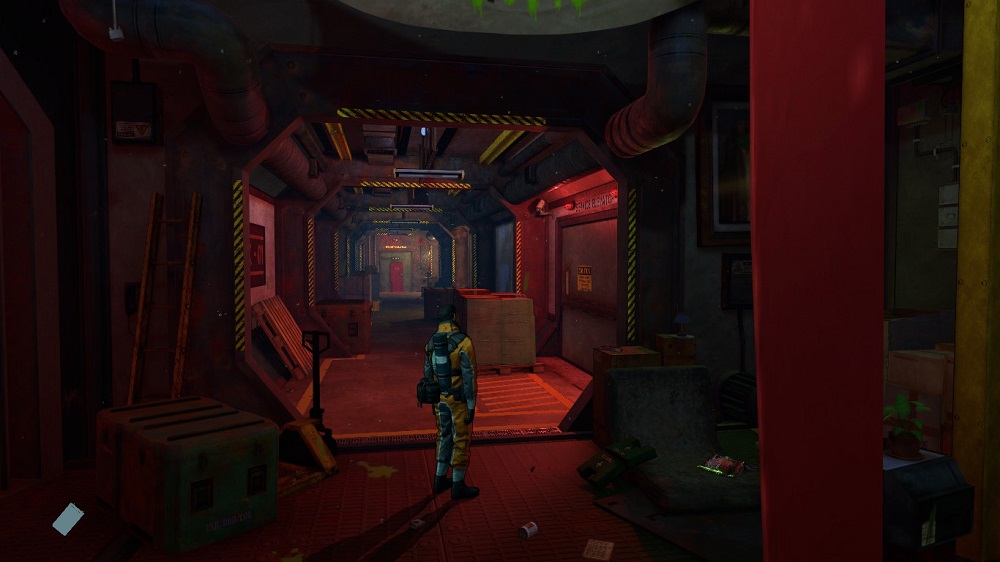 It’s only until Episode 3: What Lies Beneath that The Descendant shows off its true potential, expanding in scope and opening up ARK-01 in order to solve a series of non-sequential puzzles. It’s so realised that the QTE-centric follow-up, Episode 4: Cerberus, feels regressive; exciting, but regressive. Thought it doesn’t help that all the quick-time events throughout the game are “Press E” for everything.

Sadly, the regression doesn’t stop after that, as The Descendant ends on a sour note, both narratively and technically. The episode that prompted this full season review, Episode 5: Ultimatum, was frustratingly buggy compared to previous instalments. Cameras stopped following characters, characters kept disappearing, and then the cursor kept vanishing during a puzzle, all of which broke the game’s progression. The plot itself just dives off a cliff in a “we ran out of money” kind of way, but that shouldn’t really excuse what transpired on a poorly optimised level. 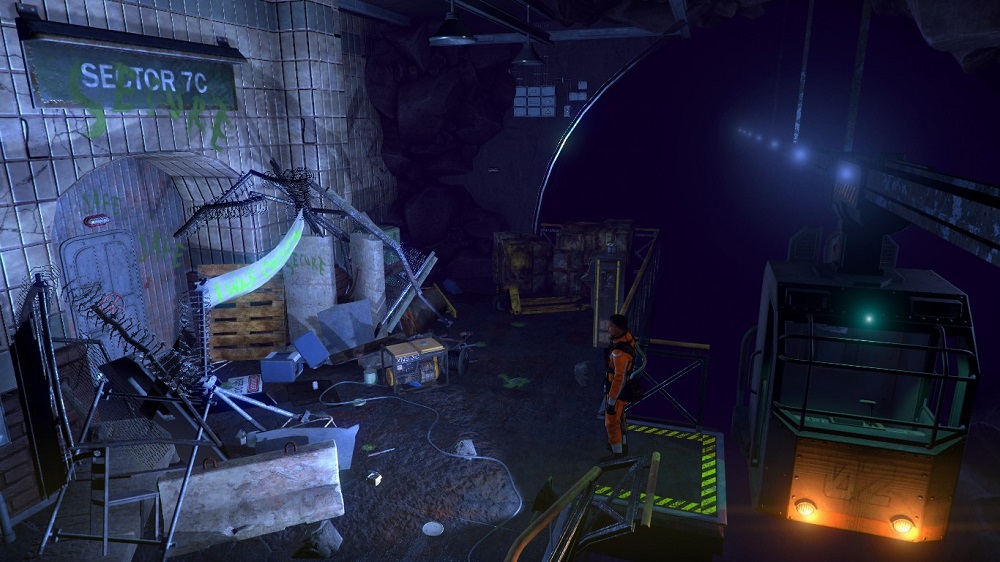 Graphically, it’s actually a solid-looking game. It might not have the most extensive options menu, but for a game running on Unity, the art direction is well above par. ARK-01 is a decaying mess in both timelines, built in a rush and suitably lonely, while the characters’ faces are extremely detailed up close, if a little limited in expression. All in all, it does an excellent job of drawing you in, even when you’ve become accustomed to its frustrations, several episodes down the line.

The Descendant is a wildly inconsistent adventure; reflective of the reasons why Telltale Games is seen in high regard, even on its worst days. At the same time, it’s one of the better pretenders out there, thanks to the morally grey protagonists, daunting set-pieces, and odd gameplay subversions. Much like the sci-fi oddities found deep in Netflix, The Descendant has this rough B-movie charm going for it; flawed, but perfectly passable.