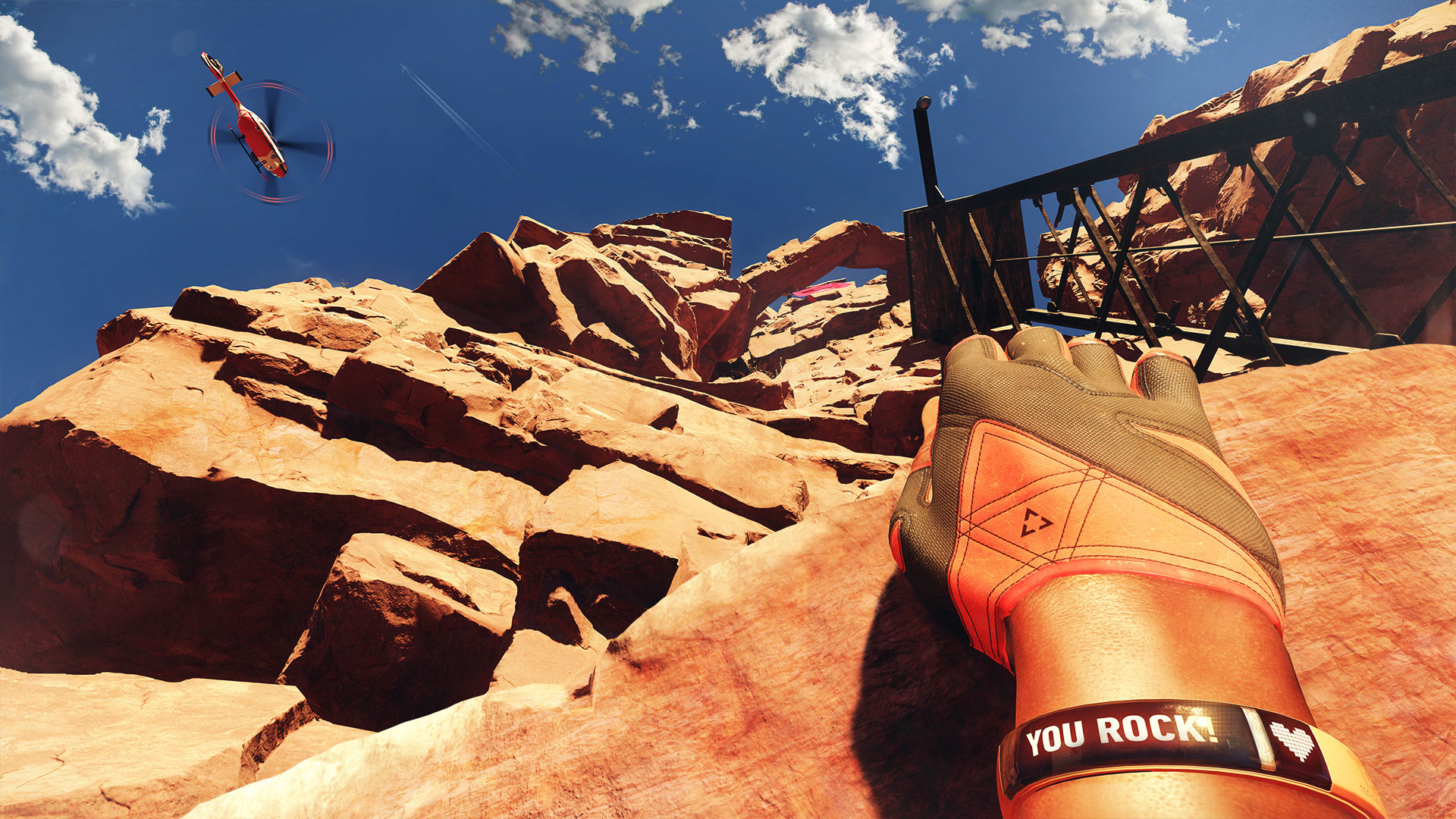 Crytek is a weird company. It hit it off fairly well with the original Far Cry and Crysis, and then pumped out a pair of uninspired shooters in the form of the Crysis sequels, which were carried by the beautiful CryEngine and its benchmark capabilities. In the last three years or so, it also made Warface and Ryse, both of which were about as underwhelming as Crysis 2.

But you know what? A virtual reality side project actually ended up being the studio’s most interesting game in years, funnily enough. 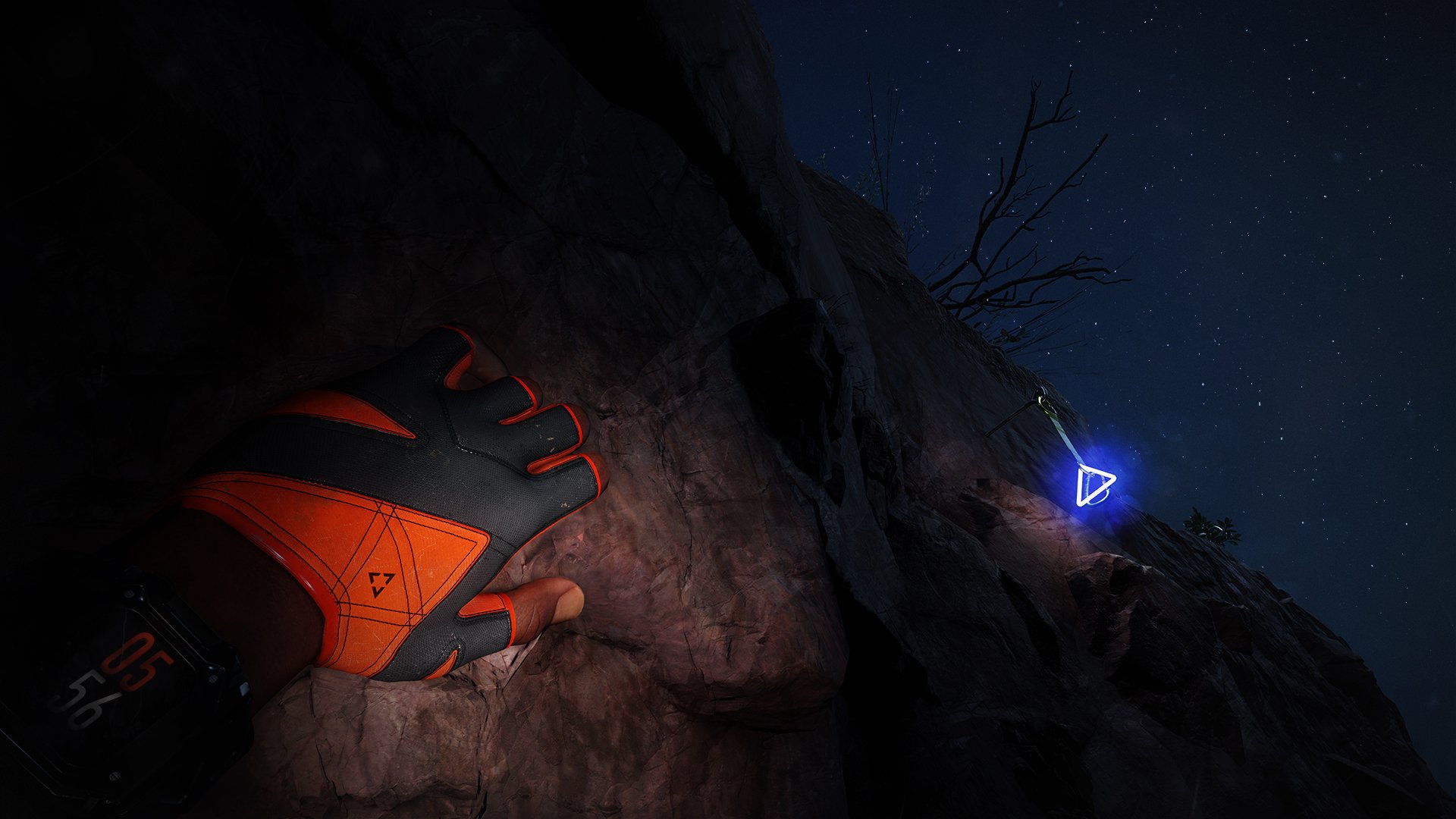 Like most VR-centric games, it’s tough to really describe the feeling of playing The Climb. The joy of leaping around a 3D environment, the unsettling screams when your avatar plummets to his death, the sweat effects that fill the screen when your stamina meter is low — all of it benefits from the isolating experience of the Oculus Rift headset. I’m not one to overly-obsess about visuals, but the commitment to a 60fps (90 for Climb) minimum frame rate and the power of the latest CryEngine build really helps suck you in. Even just looking back at a previous portion of the stage at a checkpoint, reveling in your fleeting accomplishments is satisfying. But the real draw isn’t how pretty it looks — it’s the surprisingly robust core.

At first glance, it seems like Mirror’s Edge on a mountain, but it’s much more than that. Players have access to two hands, which are controlled by way of looking at applicable footholds or objects. Pressing the left or right triggers engages your left or right hand respectively, and the LB and RB buttons are used to “re-chalk” a hand, temporarily increasing their stamina. Why would you need to do that? Well, each hand has its own stamina meter, which depletes when you’re gripping something one-handed — if you run out, you fall.

Here’s where things start to get a little more advanced. Players will need to utilize a variety of different tactics to climb effectively, from throttling hands to ensure maximum stamina on sticky sections with low clearance, to dropping or leaping across a chasm entirely. It all gets stressful as hell when you’re leaning around corners with the Oculus trying to find new footholds while the stamina meter is draining all the way. And it’s a unique sort of stress, one I don’t encounter very often, that The Climb just nails. Said footholds are masterfully placed, and at times, there are multiple “correct” paths, which gives off a really cool puzzle vibe that I didn’t expect.

It gets even more complicated when you add in crumbling grips (à la Mario‘s donut blocks), a mechanic that lets you hold on longer when you depress the triggers just right in the middle of its dead zone and other concepts like toxic grips (stamina depleting poison) and dirty grips (ledges that need to be cleansed of rubble before they can be held) are thrown into the mix. The Climb is much more arcadey than I initially thought it was going to be, and I love it for that.

It’s weird, though, because it does feel like it was designed as a room scale experience —which the Oculus can technically do — but isn’t ideal for at the moment. That’s mostly because the unit’s “Touch” motion controls aren’t even out yet, and you’re forced to use an Xbox One controller, no exceptions. While I was able to enjoy it just fine with a pad, there’s no doubt in my mind that it would be an even stronger game if you could actually reach out and grab ledges yourself. For now, we’re stuck with a nebulous “soon” date for the Touch and a waiting list.

With three locations (Bay, Canyon, Alps) that have several levels each, there’s a decent amount to do, but if you don’t love the concept, you might come away underwhelmed by what’s on offer. There’s not a lot of gating per se (earning stars to unlock later levels comes pretty easily), as each environment’s base stages are accessible by completing the advanced tutorial, but it definitely feels like there could be more to it overall beyond those three. The “endless” mode for example is based on the monochrome tutorial sequences, which gets old fast even if it’s procedurally generated. I really could have gone for some unique themes here to keep me going long term, like space climbing and the like. 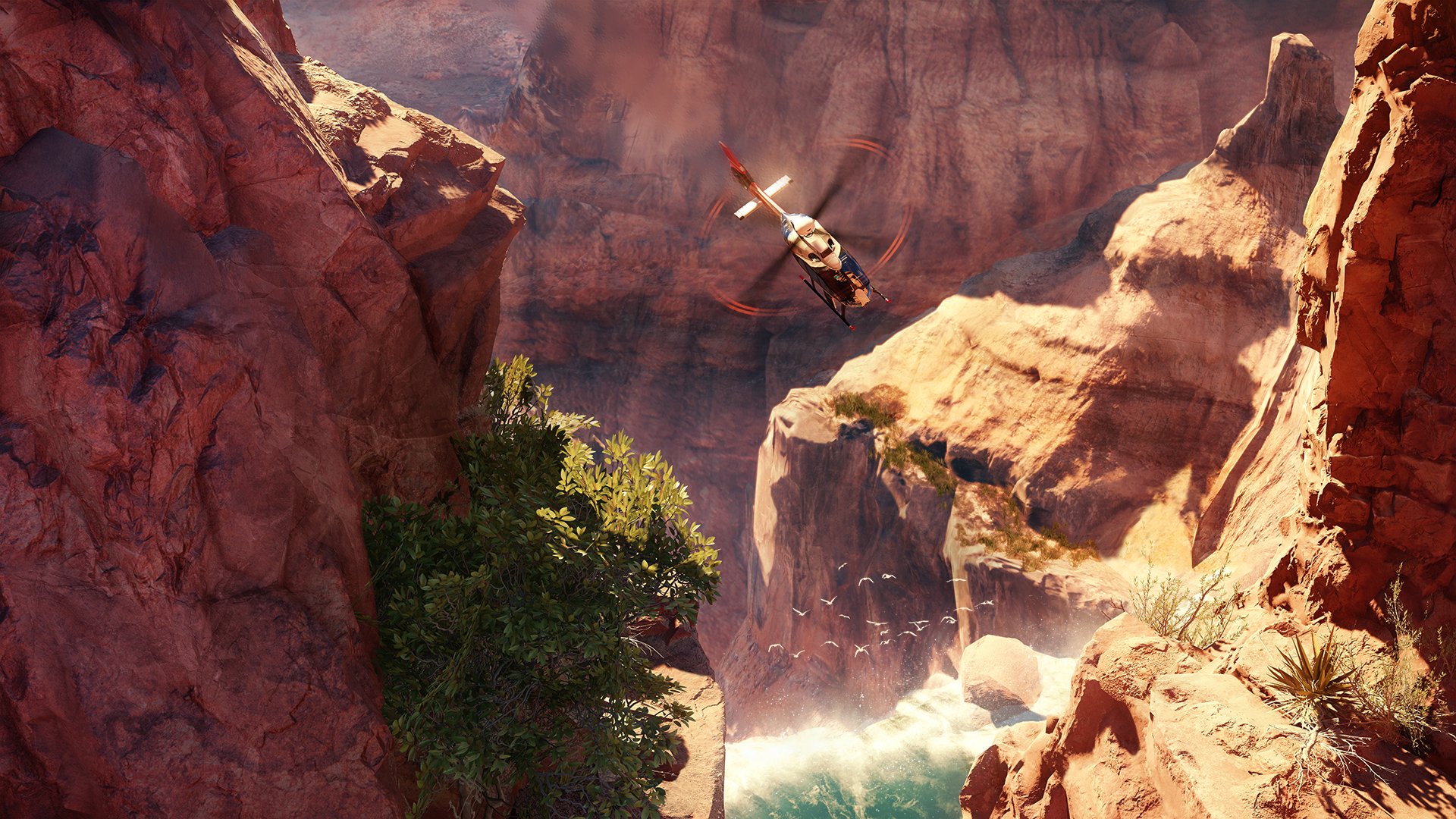 But as is the case with life in general, sometimes the basics are enough. There is a Tourist Mode with a no-score infinite stamina setup, and I genuinely enjoy just hanging around some levels, looking around at the scenery, as well as going for a top score every now and then. Gear like new gloves and wristbands, unlocked by achievements, are superfluous and cosmetic, and I like it that way.

Forget Crysis, The Climb is Crytek’s best achievement in a long while. Is it worth $50? That depends entirely on how sold you are on VR.