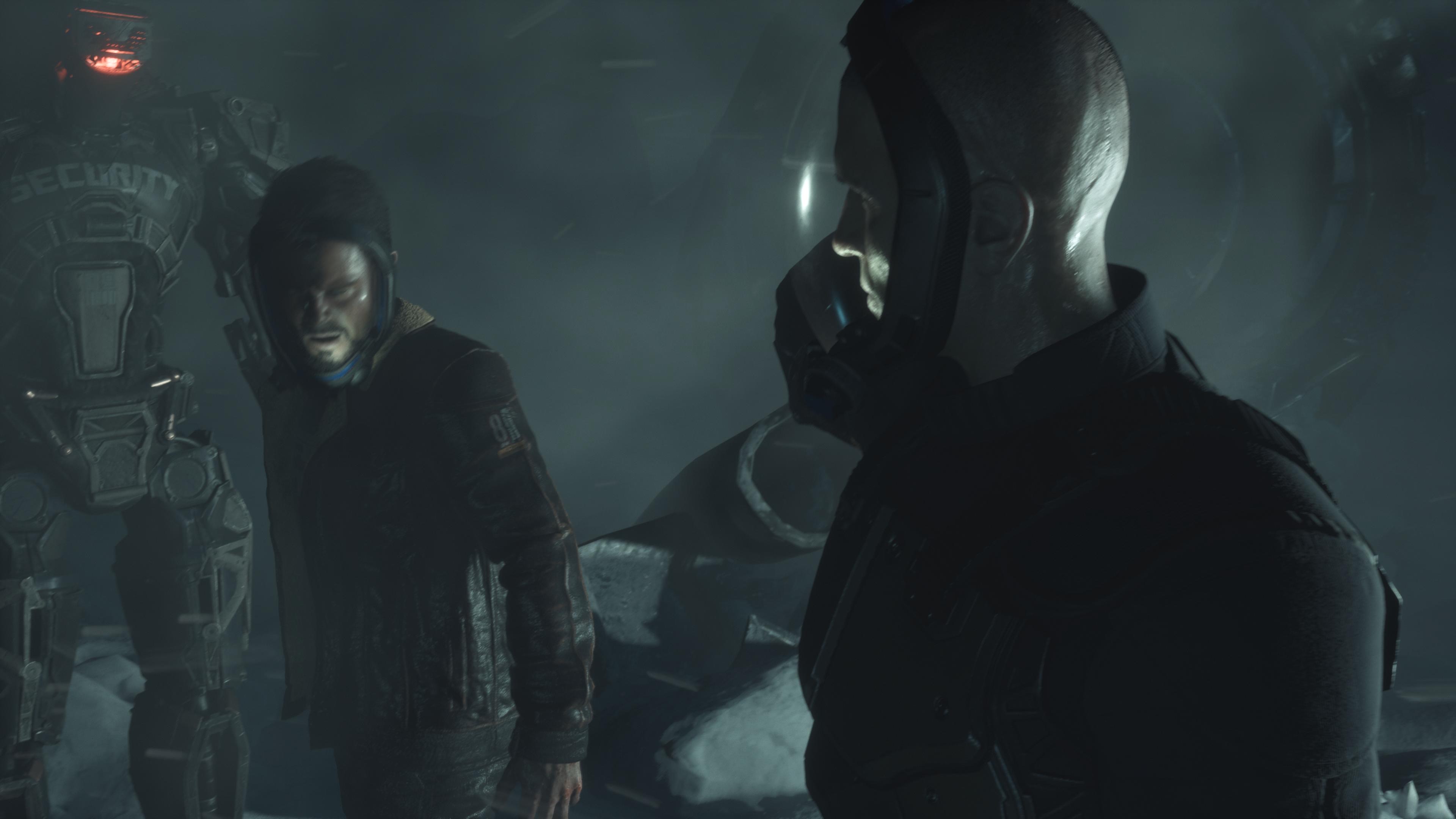 Sorry this review took so long! Our reviewer had the game crash on them on PS5 during the initial process: and after the performance patch. Meanwhile, I had a smoother experience playing The Callisto Protocol: but it didn’t help all that much. 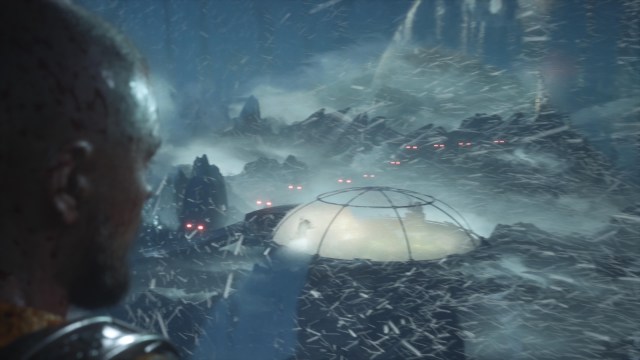 At first, I was floored to dig more into this world. When your horror adventure starts off with a sci-fi plane crash and the main character (played by a confident Josh Duhamel, who recently did a mean rendition of Harvey Dent/Two-Face in The Killing Joke animated two-parter) is hauled away by hulking robotic guards to prison, I’m in.

The initial mystery of Callisto Protocol is particularly intriguing. What is even happening in this universe? How are you going to escape? What’s the deal with the organic Resident Evil-esque creatures? Being a prisoner immediately puts you at odds with this world and grounds you in it. The slow buildup is fun to play through, and the entire idea of “a prison escape with creatures” must have been a hell of a pitch. All of this is sold with fairly lifelike character models and some decent performances, but Callisto Protocol just doesn’t deliver as time goes on, after the secret sauce is plopped on your plate. The more you progress, the less interesting things get.

As the creatures take the center stage, a few of them are more annoying than formidable. Callisto Protocol relies heavily on jump scares, which sucks away a lot of the legitimate tension when things start feeling artificial. You’ll battle these creatures with a melee weapon (a crowbar, which is quickly tossed for a shock stick upgrade), and you’ll get your first gun (a pistol) around an hour in. It has the whole survival horror suite: limited inventory, scarce ammo, the whole nine yards. There’s even a dedicated stomp button that squishes out items from dead enemies, in a super (welcome) arcadey way.

On paper, this seems like a decent way to build a survival horror game, but the seams slowly disintegrated. The dodge system is utterly bizarre, for one. It encourages players to press a direction on the analog stick to dodge enemy attacks, alternating directions for subsequent strikes. One-on-one, Callisto Protocol feels manageable. But in the thankfully rarer sequences where more enemies are thrown in, it can get unwieldly because of the clunk, especially when deciphering enemy animations. Throwing QTEs in for good measure (you can turn them off in the options menu) is a risky move, but another left hook I can dodge.

One very cool half-done mechanic is quick-firing, which can be done after a reticle pops up on-screen after a melee attack. It’s essentially a quick draw shot that aims at a critical body part of an enemy, and it felt legitimately action-hero-cool to pull it off quickly, then weave another melee hit in afterward. Like every facet of Callisto, there’s flashes of brilliance there to remind you that some of these developers worked on Dead Space.

If you like navigating messy systems, you might see it as a challenge, especially on normal difficulty or above (which is a great PS+ or Game Pass gamble, if that opportunity ever arises). I know I did! This is such a weird game to assess, because although I did adapt to it, it’s mind-boggling how some of these mechanics passed the idea phase. It’s like someone wanted to reinvent the wheel of how survival horror action systems should work, and no one told them “no.” I can see why it’s been so polarizing, and I have played worse, but alongside of the technical problems, it’s clear that this game could have used more time in the oven. As I said earlier I played it after some patches were applied, and while I didn’t have hard crashes or concerning framerate issues, I did encounter audio bugs (where some intense dialogue wouldn’t even play, despite having subtitles for it). Also, having to remain stationary to listen to audio logs in 2022 is a choice. Checkpoints are amateurish too: if you die, depending on the checkpoint, you may have to redo every single thing you did for minutes at a time, including slowly buying safe zone upgrades and waiting for them to 3D print.

Like many things that Callisto Protocol does, the linear structure could be a source of contention, but I actually enjoyed it. There’s enough open world/live service games in the market as it is, and Callisto has some degree of freedom with hidden rooms or extra caches of ammo or upgrades: all with the mostly welcome burden of inventory management. When you have enough ammo to take on an enemy it feels like an achievement, because you took the time to uncover a secret area.

If Callisto Protocol was able to get out of its own way (and was less glitchy at launch), it probably would have been an even bigger hit. If they’re aiming for a follow-up I hope they take a lot of the criticism to heart, because there’s something here.