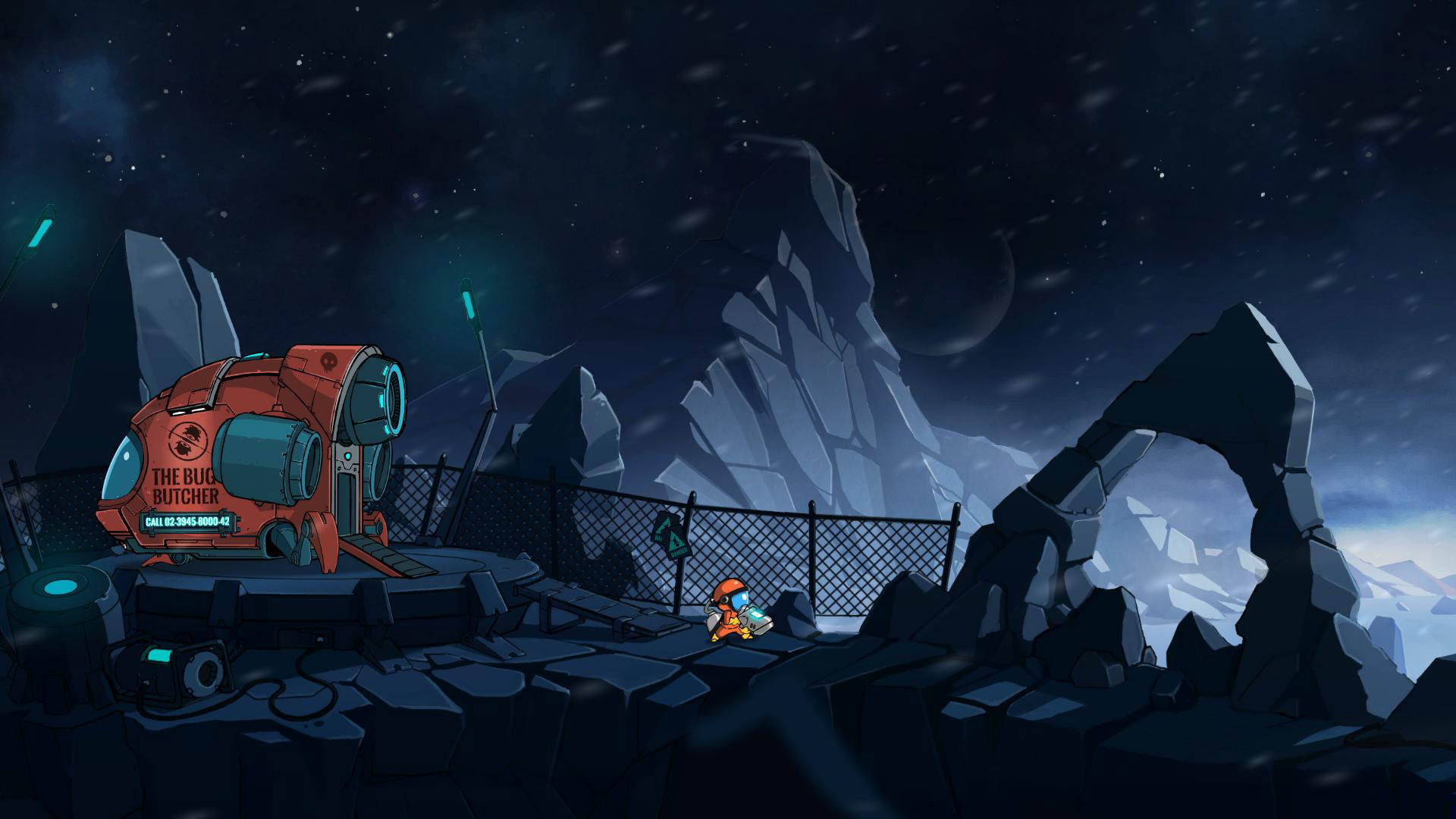 When I first heard about The Bug Butcher last year, I thought it looked like a nice modern take on the bubble-popping shooter Super Pang. But I held off. I have a regrettable history of playing games in Steam Early Access only to completely lose interest in them by the time they’re finished. That’s fine for something chaotic and player-driven like Rust, but for an arcade experience, not so much.

The Bug Butcher has its full release this week, and I’m glad I waited. 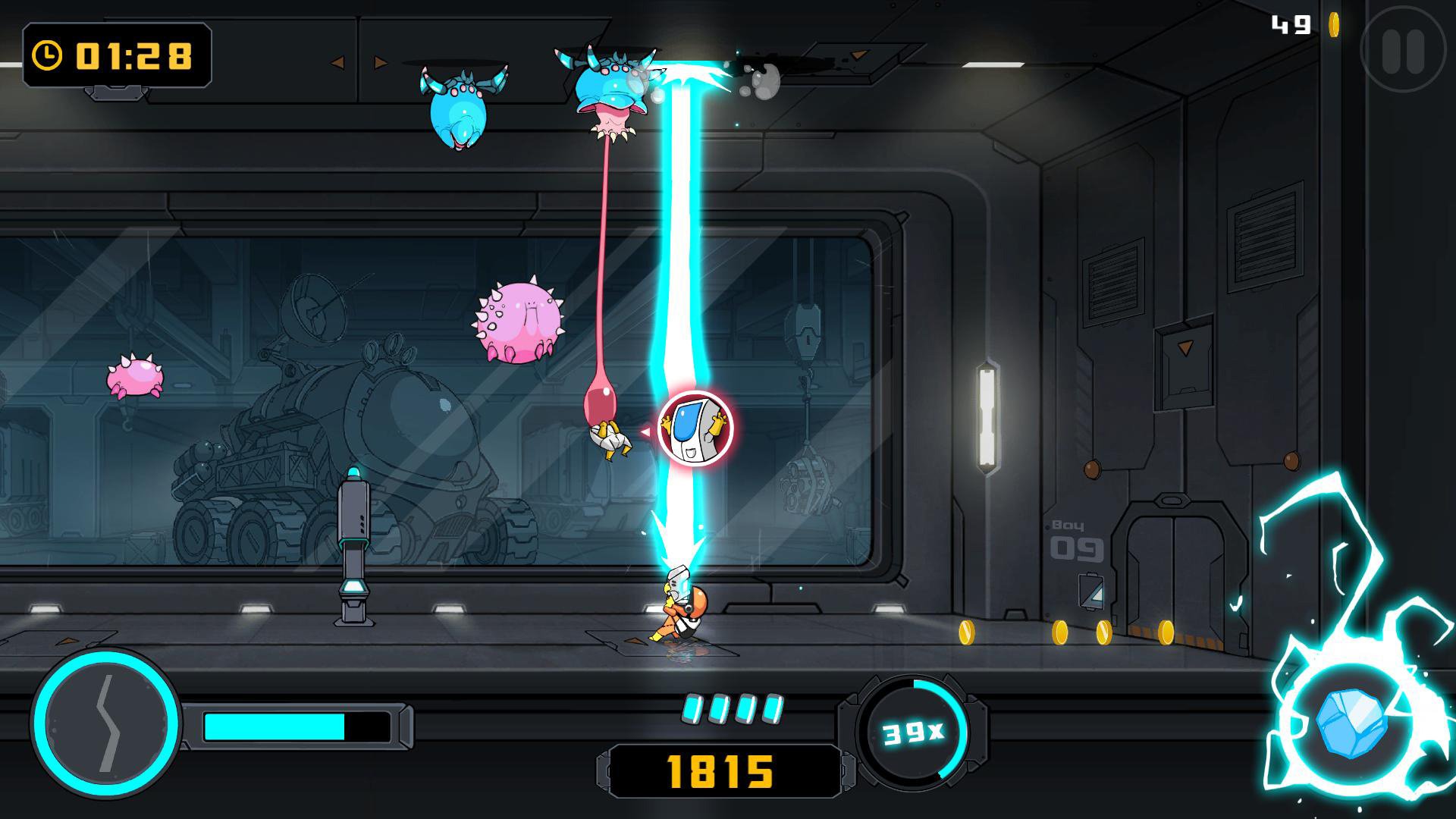 When I close my eyes, I now see aliens splitting apart into smaller aliens, again and again, until there is nothing left. I can picture exactly how they will move; when they’ll strike. Clearly, this game has seeped into my mind. It only took a few short hours.

As the titular exterminator, you’re called into a research facility to clean up an infestation of creepy crawlers. Each of the 30 levels has the same basic premise — “the only good bug is a dead bug!” — but varying stage hazards, gimmicks, and enemy types keep the action engaging. Even after going back through most of the levels several times now, I’m yearning for more. It’s all so very satisfying, and the scoring system and character upgrades further incentivize repeated playthroughs. I’ll happily oblige.

Every alien has a distinct look and movement pattern, but there are constants. They always enter the screen from above, telegraphing their descent so you aren’t caught off guard. This is a game that rarely, if ever, feels “cheap.” The majority of the bugs bounce around, touching down for a split second before going airborne again. Others hover from side to side, or stick to the ceiling. One pest crawls on the ground, waiting to pounce like a Facehugger. After taking enough damage, most will split into smaller beings that can quickly fill the room if left unchecked. This is important because, crucially, you can only shoot straight up. Positioning is everything.

You’ll have to keep an eye out for items that temporarily boost your damage or speed, and weapons like a laser beam, lightning gun, or rocket launcher. None of these last long, but they all pack a hefty punch and are enjoyable to wield. By keeping your combo up, you can also earn one-time-use abilities to, say, become invincible or freeze every alien in place if you’re in a bind.

Vanquished bugs litter the floor with coins, and there’s a score-based, end-of-level payout. In the main Arcade mode, you can buy passive perks and permanent upgrades to make any weapons or abilities you might encounter mid-battle more useful. (To be clear: you always begin levels with your standard machine gun. Which is fine! It’s quite good.) You’re only able to equip a single perk at a time and, between the three choices, I prefer the one that lets you take a hit without dropping your combo.

There’s also Panic mode, playable alone or with a friend in split-screen, in which you try to survive for as long as possible. You can keep fighting until you’re either out of health or out of time. For me, it’s invariably the former. I have no problem scrambling to grab time extensions, but in doing so, I become too reckless. At any point, it’s possible to pause the action to buy upgrades for your current run. Unlike in Arcade mode, these purchases aren’t persistent across levels. 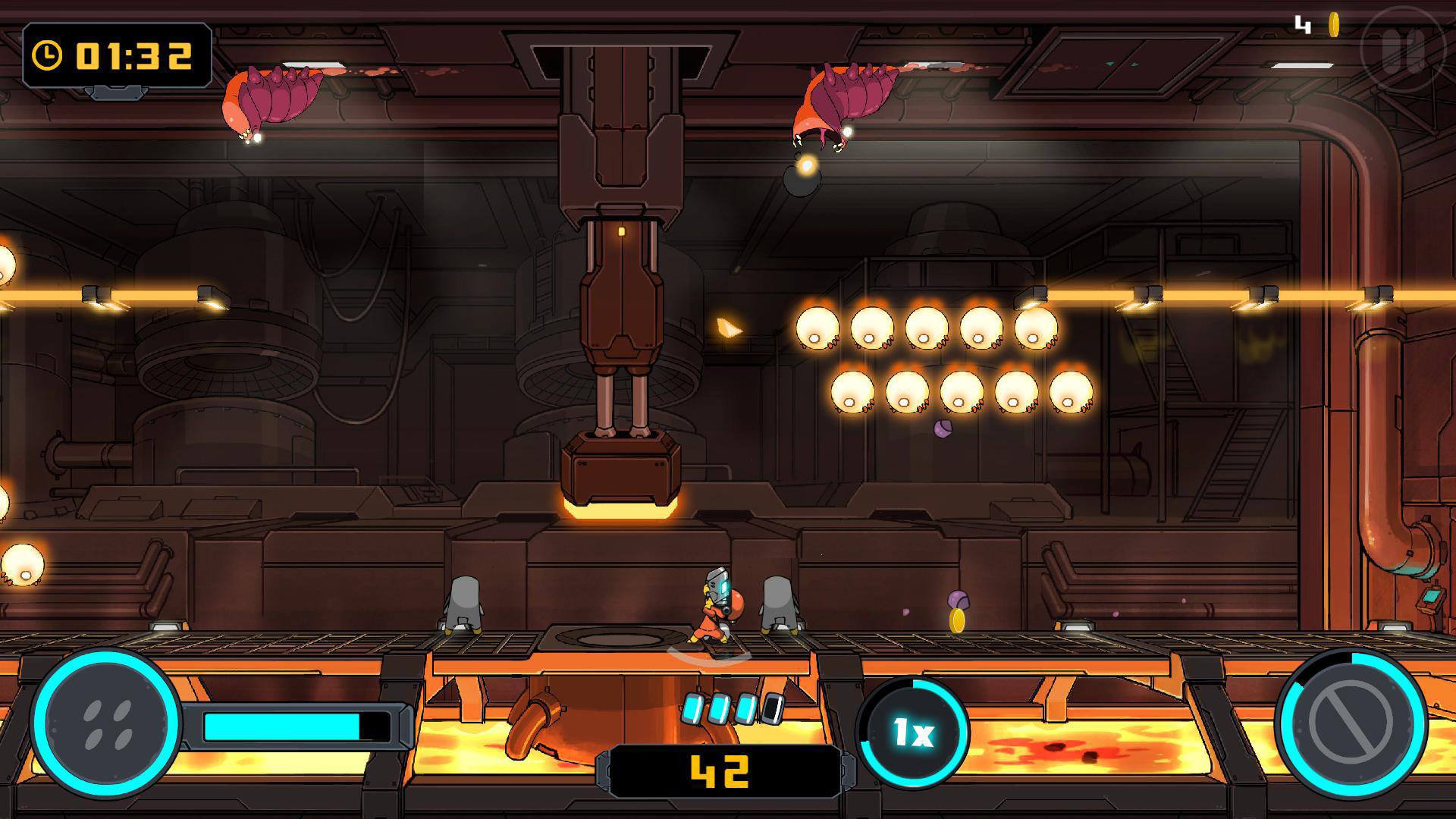 The Bug Butcher gets chaotic, but rarely is it frustrating. Even when the screen is packed with enemies, you still have this overall awareness of where you should be standing, and when. The difficulty curve is spot on. It does a stellar job of making you feel mostly in control — and, at times, over-powered — without letting you sleepwalk to victory. You’ll have to work for those high scores.

I loved the responsive controls, and that’s a big factor when examining an action-heavy game like this, but the presentation is also commendable. The art and sound design play pivotal roles. Bugs are squishy, just as you’d expect, while power-ups serve as a visual and auditory jolt of energy. The thumping electronic soundtrack is unrelenting, further helping to keep you in The Zone.

If there’s a major complaint to be made about The Bug Butcher, it’s that there simply isn’t more of it.