If these walls could talk

Boy, you’d think with a name like “Happy Volcano,” the developers would try to create something with a little bit of joy in it. 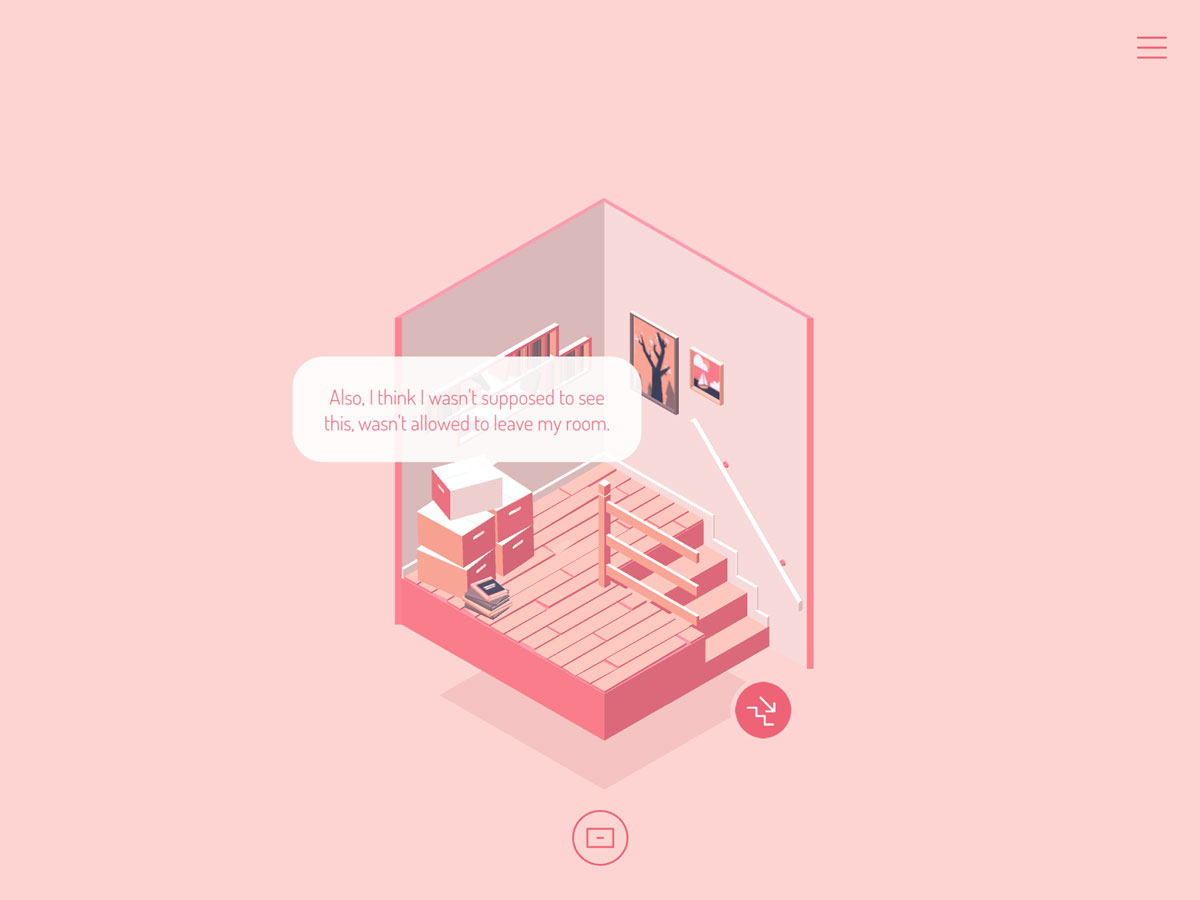 The Almost Gone is an expeditious experience. Its five chapters will only take between one to two hours to complete, depending on your puzzle-solving skills. The narrative takes you through a few locations from the past and present of the protagonist’s family history as you attempt to figure out exactly what is going on and what has led to where you are now. It isn’t an exposition-heavy experience, so expect to fill in a few of the blanks yourself with a little bit of common sense.

Common sense is also what you’ll need to solve the various puzzles this game holds. It’s an interesting set-up. You’re able to explore a corner or section of a room at a time. Swiping below the room section, which only takes up a small portion of the screen, allows you to view it from four different angles to get a clearer look at everything inside. Swipe the room itself and you’ll move to an adjacent area. It’s basically an escape room presented as a segmented diorama.

One thing to know before deciding whether or not to purchase The Almost Gone is that it deals with some pretty heavy subject matter that some players may not be able to stomach. I was able to make it through just fine, but there are several scant moments throughout that did manage to eek some sorrow out of me. Nothing to bring tears, but certainly a few situations where I forced my mind elsewhere lest I fall deeper into the black hole my imagination was generating from the images and words of the game. Thankfully, no matter how serious a situation the game presents, it never does so in a way to linger on the potential pain it might cause.

The puzzles don’t linger as well. Nothing here is going to break your brain or require extensive notes. Most are pretty basic with a few requiring trial and error, though it asks you early on to memorize and recognize constellations. This is about as difficult as the puzzles get. The artwork of each room and object is top-notch, reminding me of the clean lines and angles of Monument Valley. There is a recurring surreal quality to the visuals and the way the world is broken up. Finding your way around a room will make immediate sense, but as you progress onto streets and into hospitals, you’ll have to pay attention, or you’ll lose your bearings. It’s an effective and striking tool for the developers but one that never sees its full potential. Even in its deepest and most miserable moments, the experience remains fleeting.

The art and the puzzles of The Almost Gone are fine on their own, but what brings this package together is its music. Composer and sound designer Yves De Mey has arranged an outstanding audial experience that managed to put a little fear into me the further I progressed into this family’s history. I was on my toes for the entirety of the fourth chapter as De May’s music took what I was looking at on the screen and effectively transformed it from an unusual dream into a full-blown nightmare. It’s simply phenomenal.

Like many recent indie games, The Almost Gone isn’t afraid to tackle difficult subject matter. And like a lot of its fellow developers, Happy Volcano opts not to get too far into the weeds of the topics it covers. Certainly, there will be players who take the narrative to heart more passionately than I did, but I do find it a curious enough of an experience to recommend to mobile gamers looking for something more melancholy than the newest match-3 puzzler.