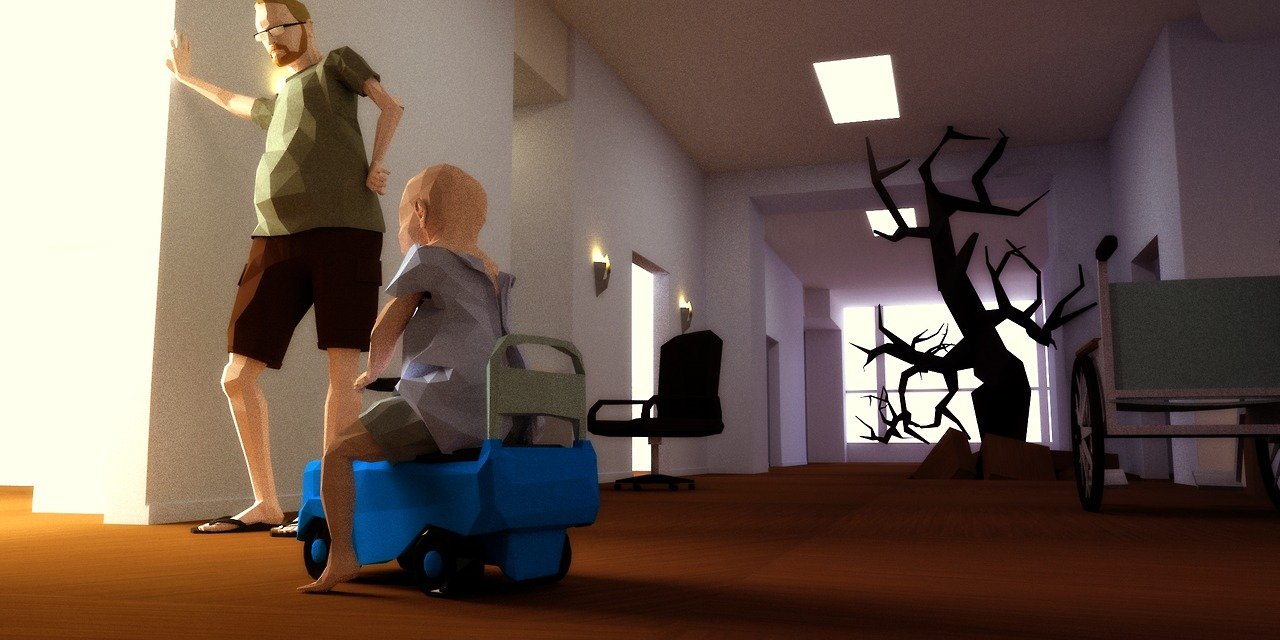 It’s a very odd experience as a critic, reviewing something like That Dragon, Cancer. A product that is so clearly an incredibly personal work of art created from a place of sincerity, but also a consumer product being sold to people who are not the original artist.

While I appreciate the personal nature of this particular creation, I think it’s important to look at it critically, as someone outside of the events that led to its creation. Through that lens, That Dragon, Cancer is a beautifully inconsistent experience.

That Dragon, Cancer is a two hour long, autobiographical exploration of creator Ryan Green’s experience of having a young child diagnosed with cancer. At around twelve months old Joel Green, Ryan’s son, was diagnosed with a brain tumor and given only a few months to live. In spite of his short prognosis Joel lived for several more years, with That Dragon, Cancer exploring the time between diagnosis and Joel’s eventual passing away.

That Dragon, Cancer is an odd game to really break apart. When I initially saw it in demo form a few years ago interactions were largely restricted to pacing around a single room, hearing sincere voice acting from a father with a distressed son he could not help. The frustration of being unable to do anything, the pain of pacing this single space and the strength of the writing made this single room experience incredibly moving to experience.

When Cancer focuses on these deeply personal moments, it truly shines as an experience. Be it spinning a simple children’s toy in order to hear the thoughts of adults in a room to feeding ducks while Joel’s siblings ask questions about his stagnant development, the times where Dragon focuses on very direct interactive representations of what their family went through are definitely not only moving, but meaningful. 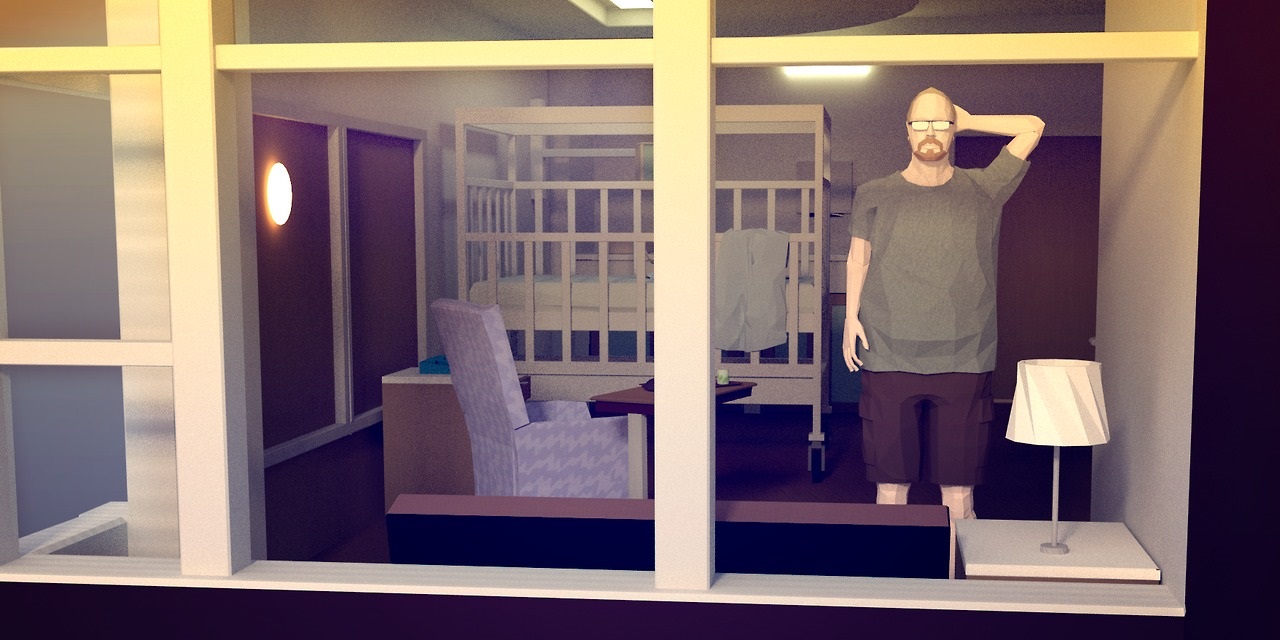 Where Dragon seems to stumble is when it tries to either abstract its representations of emotional themes, or introduce interactive elements that may not mesh with the tone of the surrounding narrative. With the exception of an incredibly well handled video game within the video game, most sections added to introduce additional video game elements ultimately detract from the experience, rather than adding to it.

There’s nothing to be gained by breaking up a somber scene with a poorly made, three lap cart race in a hospital with no other racers and no consequences for performance. That scene for example breaks the tone and impact of a much larger scene, feeling like it does so purely so the game is less likely to be labelled a walking simulator.

While a few of these moments successfully convey themes, many of the successful scenes also drag on far longer than is sensible, damaging the pacing of the narrative considerably. I feel like this would be a much stronger experience if many of these moments of forced interaction were removed.

That small video game inside the video game however? Really damn impressive. There’s also a scene involving floating on balloons that, while overly long, did have some value. 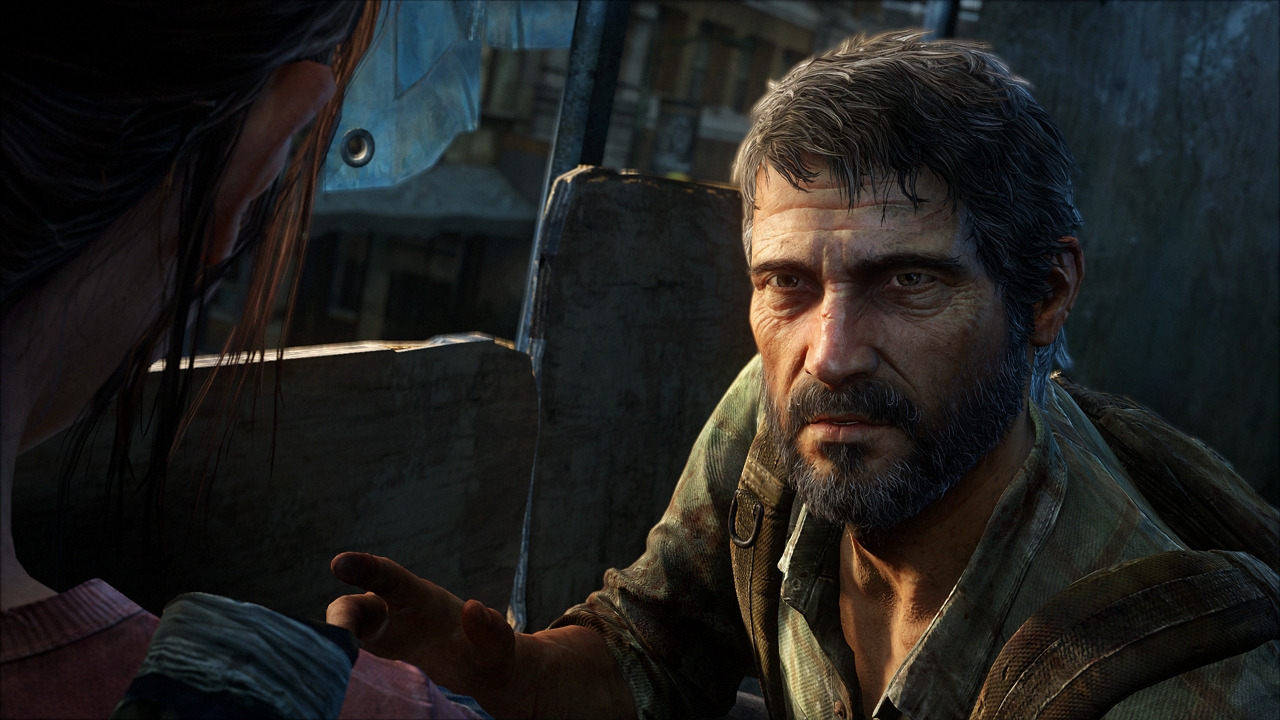 When Cancer is focusing on telling a direct narrative about a family’s life with a son they knew was dying, it truly is an incredible experience. From the ways it conveys the highs and lows of life to the exploration of how Christianity fits into a family expecting bereavement, from the discussions of the future to the enjoyment of the present, it really is an awe inspiringly beautiful experience when it’s focused.

As a monument to a son, it’s incredibly touching to see. The final scenes of the game were a beautiful bookend to a life cut short and without a doubt left me in tears for quite some time.

That Dragon, Cancer is a beautiful experience, if one that would have benefited considerably from having content cut to improve the flow, pacing, and tone.