Tex is back, older, but with a few new tricks up his sleeve

If there was one genre of game that really needed a Kickstarter shot in the arm, it was the Full Motion Video adventure game. Point-‘n’-click adventure games were doing just fine, pre-Double Fine Adventure but the legacy of FMV games was a technological dead end. In the mid-1990s, the Tex Murphy series of adventure games were maybe the highpoint of the FMV craze, offering a good mix of point-and-click puzzle-solving and storytelling.

After a successful Kickstarter campaign gave Chris Jones the chance to resolve the cliffhanger of the last game in the series, 1998’s Tex Murphy: Overseer, fans are sure to lap up the chance to play along as Tex once again. Newcomers, however, might wonder what all the fuss was about. 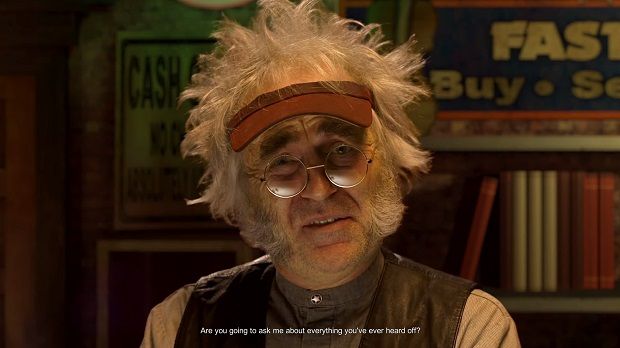 Poor Tex Murphy; he’s woken up after taking a bash on the head and found out he can’t remember the last seven years. The last thing he can recall is being in a taxi with his love interest Chelsee Brando but she’s now missing, presumed dead and apparently good ol’ Tex has turned into a bit of a hard-nosed dickhead in the meantime.

Sure, at this point the amnesiac protagonist is a well-worn cliche but at least the gap helps to cover up the real 16-year gap between the last game in the series and Tesla Effect. There are plenty of nods and winks to the previous games in the series and small snippets of FMV footage Tex’s previous adventures will pop up every now and again in an attempt to familiarize newcomers to the series. However, since most of these clips are presented without any context, or feature recurring characters, they fail to shed any new light on the story.

The majority of the game will take place on Chandler Avenue, a rundown part of New San Francisco. It’s where Tex has his office and there’s plenty of friendly locals in the area who can lend a hand; a lot of the game involves returning to Chandler Avenue and asking the residents questions that can usher you forward in the story. While Tesla Effect resembles an adventure game, it’s a lot closer to the Westwood Blade Runner PC game from the late 1990s. There’s not a lot of investigating to actually do; instead, Tex will be solving puzzles that will help him progress the story.

At the start of the game you’ll get the option to pick either a Casual or Gamer mode; picking the Gamer mode turns off things like the in-game hint system and also prevents your flashlight from highlighting objects that can be picked up. The latter is really useful as you’re exploring environments with plenty of objects and items within them, so it’s handy to have something that can minimize clicking on every object until you find what you need.

The game also has a PI rating, which is something that can be increased by asking questions and finding clues; if you use the hint system or die, this will lower your score. At the start of the game, you’re told that the PI score won’t affect the ending you get, instead your choices will play into that. To the game’s credit, these pivotal moments never stood out as points where the story could branch off, instead feeling like natural points where Tex was given some tough choices.

For most of the game, Tex has to solve a number of practical puzzles using commonly found objects. Since this is a game set in a futuristic world, you’ll still need to find simple tools to solve most problems. Roughly about halfway through, Tex will find himself in a complex where he has to solve a number of puzzles in succession to proceed. Some of these are poorly explained so if you’re playing on Casual, make use of the ability to skip them. None of the challenges in Telsa Effect use the kind of obtuse logic that can often blight adventure games but there’s still some gamey-ness to them, like Tex carrying around an anvil in his inventory early in the game.

One of the main problems with Telsa Effect is the pacing; Tex spends most of his time in Chandler Avenue but he will travel to some other locations. However, sometimes you’ll spend a few minutes there only to be back home and ready to ask the locals some more questions. Characters will pop up out of nowhere and move the story along but there’s often periods where you have to fumble blindly looking for the one character that will give you the info you need. Tex’s PDA “Smart Alex” will often nudge you in the right direction though and the hint system can be referred to if you just need an idea of what you need to do next, but an objective screen or quest log would have been useful. 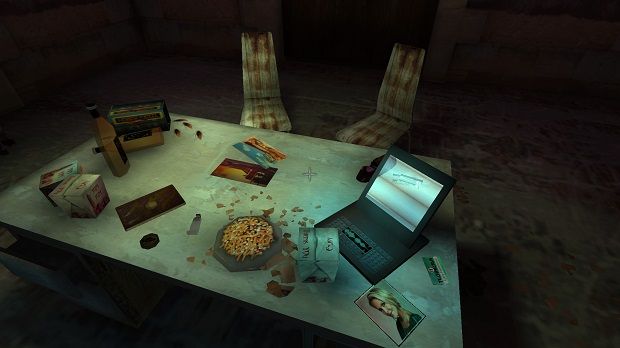 Overall, the game’s visuals are a mixed bag. The FMV sequences look really sharp thanks to a 2K resolution and there’s none of that mid-’90s era FMV compression that blighted the genre. However, the rest of the game looks like a game from the mid-2000s; Chandler Avenue looks like a slightly more polished version of Deux Ex (the original, not 2011’s Human Revolution).

Considering the Kickstarter budget, it’s understandably not the most polished-looking game on the market and it makes sense why there’s only a few playable areas. Still, it’s disappointing that the rest of the game looks uninspired compared to the excellent FMV parts. The character portrayals are a bit uneven, with Tex alternating between being a charming PI and a bumbling Clouseau-esque buffoon. Some of the make-up on the characters looks shoddy however, maybe due to the high resolution of the video; diner owner Louie has some big scars and teeth that aren’t really convincing.

Part of the problem with Telsa Effect is that it’s clearly been made for Tex Murphy fans, people who have played the previous games. The mix of hardboiled sleuthing and slapstick humor is often jarring but it’s something the series is famous for. Tex is the hero who saves the day and defeats hardened killers but he also hits his head a lot and makes corny jokes about everything he sees.

When reviewing a game that found life via Kickstarter, there’s a temptation to write off a lot of criticisms one may have of the game because it’s obviously being made for the people who have backed the project. Still, it means that newcomers will have to stick with Tesla Effect just to familiarize themselves with what’s going on. While there’s some nice attempts to somehow flesh Tex’s origins out a bit more (why is a guy going around behaving like a 1920s PI in 2050, anyway?), the story overall can feel a bit muddled. 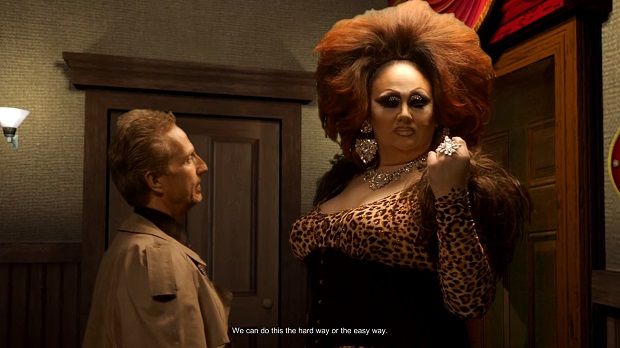 Telsa Effect is clearly a labor of love to a series that was so tied to the FMV fad of the mid-’90s that it’s heartening to see it get another chance in 2014. The game features plenty of nods and winks to the classic noir detectives and there’s some good performances too from Jodi Russel as Taylor and Steve Valentine as The Translator.

The humor doesn’t always work and the puzzle design is still rooted in the series’ 1990s adventure game roots, meaning it feels archaic in spots, but there are some welcome concessions to modern design with the flashlight and hint system. Tex Murphy might be alive in 2014 but he’ll need to learn a few more tricks if he’s to stay around for another adventure.