When someone told me that the developer of Pokemon was creating an action platformer called Tembo the Badass Elephant, I knew I had to give it a shot.

While a few of the design choices are a bit odd, they don’t overshadow the sum of its parts. 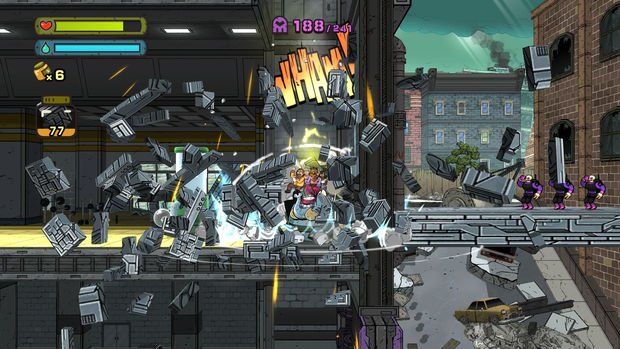 Tembo has a rather short little setup, and from there, doesn’t really give you any further exposition until the very end. What you see is what you get in essence, which is a Rambo-inspired elephant laying waste to an enemy dictator, who controls the Phantom Force army. It sports a charming little visual style that reminds me of Regular Show and a few other Cartoon Network properties. It even has effects like a literal “BADA BADA” phrase appearing while dashing about, and despite the low key setup it’s a very bright and loud game, mostly in an endearing way.

The basic gist is that you’ll be able to jump, dash, and float in the air momentarily like Yoshi, with the added ability to shoot water from your trunk. More advanced moves involve uppercuts, slides, butt stomps, and a cannonball dive spin with a bounce. As you progress you’ll start to learn more nuances, almost like you’re fitting Tembo through various keyholes with your moveset. There are no real explicit puzzles, but it sure feels puzzle-esque if you’re going for flawless runs.

For instance, select levels can be completed without losing any momentum whatsoever, and it’s a blast to dash, dive-kick, and slide your way through the entire thing. There’s even a modified charge that you can utilize by holding down the water button, which can put out flames while running. It’s pretty much the perfect amount of depth, allowing newcomers to pick up and play Tembo while giving hardcore platforming fans room to experiment a bit.

The level design is fairly open-ended, tasking you with finding hidden civilizations scattered across the map, and killing as many enemies as possible — both of which have separate goals that are tracked. Mini-bosses and a few full-on Big Bads are peppered into progression, but I would consider it more of a traditional platformer than a real action game — especially with how muted and easy these encounters are. There’s many more instances of timing and running than fighting, which is something you mostly happen to do while jumping around. Game Freak keeps things exciting with hazards, well-placed enemies, and lots of explosions, which will keep you on your toes constantly.

Tembo has 17 stages, which last a few hours — if you play very well, that is. Now, here’s where my big holdup is with Tembo — gating. In order to progress past certain stages, you need to kill a certain amount of enemies. Each stage has a death counter of sorts, which requires you to rescue most of the civilians trapped within a level, as well as actually seek out and defeat most of the enemy forces. It incentivizes actually killing foes, which is neat, but it ultimately ends up causing frustration and forcing players to replay levels over and over.

While it is cool that levels do split off into branching paths, several of them have points of no return. If you happen to just choose a particular path, you may be locked out of say, 50 kill points or so — which can easily be the difference between unlocking new levels and being forced to replay. It’s maddening in some cases, and at one point I was held back by six points. Now, I did like returning to some levels to try to “master” them per se, but that should be a player choice — not something that gates main story progression. 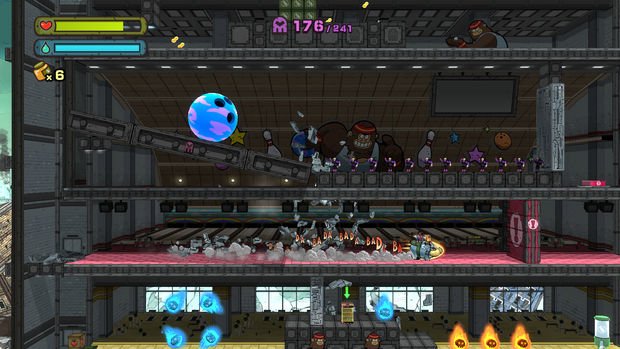 Tembo the Badass Elephant is a really enjoyable game at its core, but it can get tiring to replay the same stage five times over just to grind out a few kills to see the next set of levels. It’s an odd design choice for sure, but most of you will probably enjoy dashing through unsuspecting Phantom Soldiers and butt stomping them into oblivion regardless.