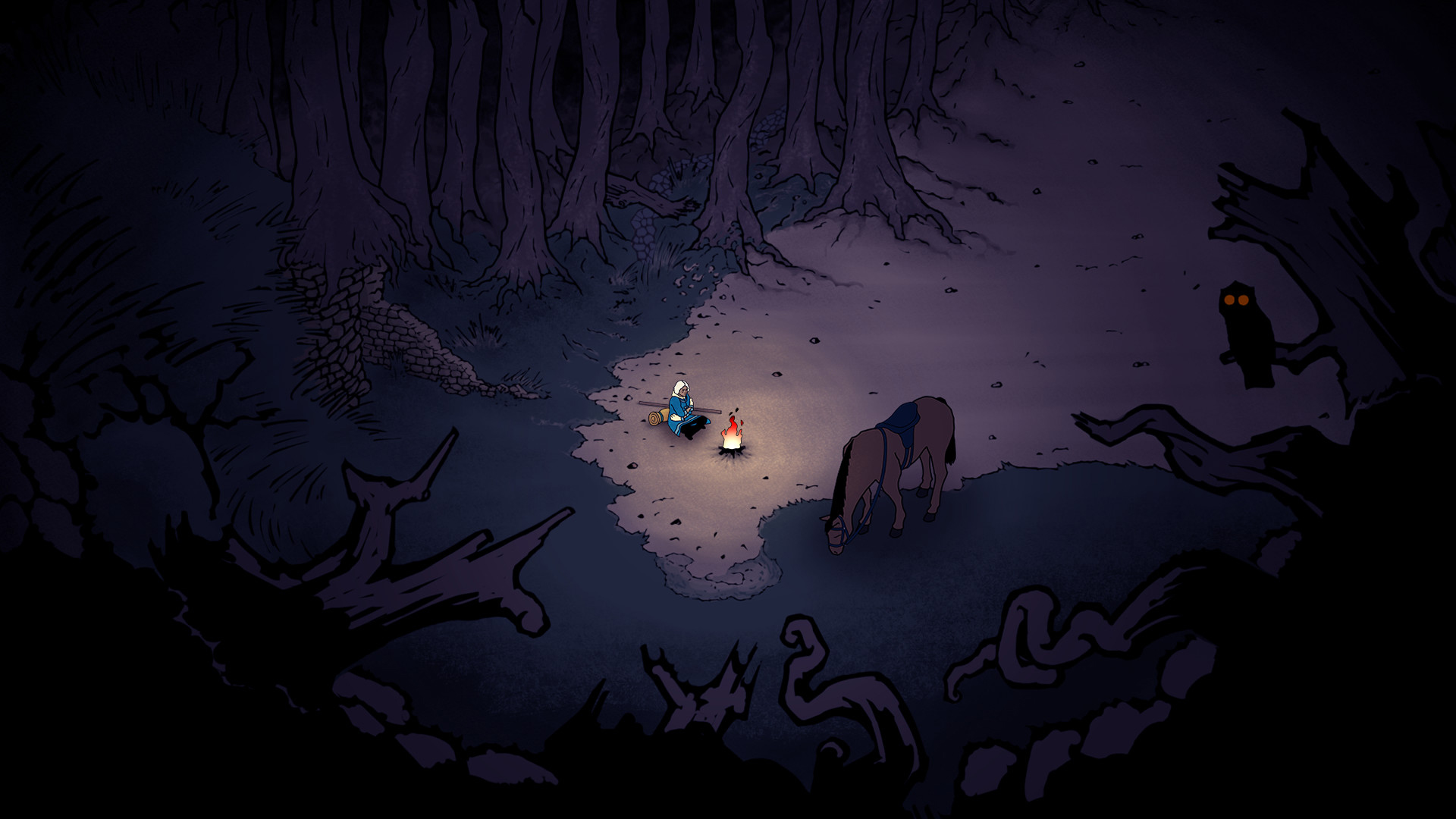 A girl and her horse

Two of my favorite games of all time are strategy games: Final Fantasy Tactics and Shining Force II. I have such fond memories of these titles, and others like them, from when I was growing up. I’m always chomping at the bit to sink my teeth into something that can recapture the same magic from that part of my life.

Games that claim to have inspiration from those titles are making a comeback it seems, especially with Kickstarter as a viable platform for funding a game. Having played some of these “inspired by” titles, I’ve begun to take a more critical look as to what really made those classics great, because I’m not sure these recent developers are doing the same. 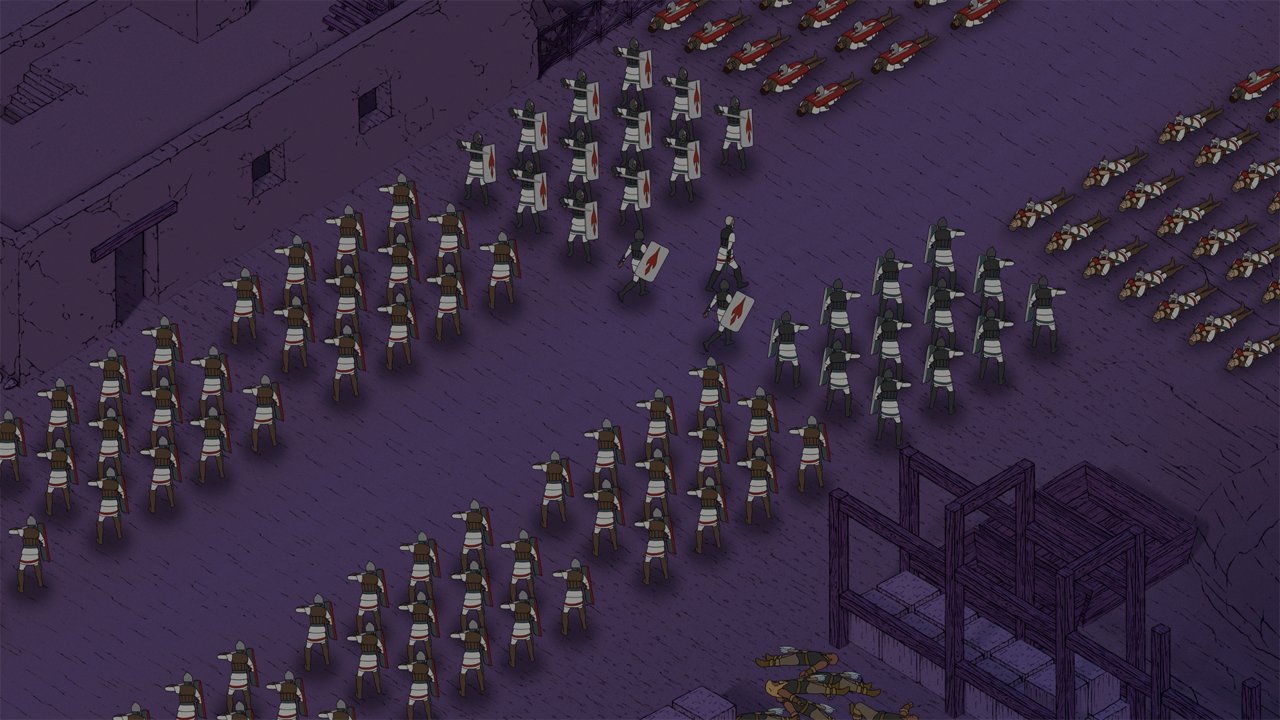 The plot follows Tahira, a young daughter of the king of an empire. She has since run away and the player’s journey begins with Tahira and her horse in the middle of the woods somewhere. Her father’s kingdom gets attacked, and Tahira begins her journey to defend it. She starts to meet up with friends and strangers to help on her quest, and while the main character pool is rather small, they are all decently likeable. There is some cringe-worthy dialogue at times, but it feels more like it’s an aspect of the character rather than shoddy writing.

In fact, the story itself does a good job of keeping the player’s interest throughout the eight- to ten-hour adventure. Details about her father and their relationship are slowly revealed, backstories of the empires are built up, and the story is designed to (sort of) take place in real time. There’s only one moment where time is “skipped” once things get going, which goes a long way to make the player feel like they are a part of the story.

Tahira can use light magic (that is, magic that uses light) similar to her father and Echoes of the Astral Empire is very much a story of her coming to grips with who she is and where she fits into all of this. There’s a few “What does it all mean?!” moments strewn throughout, and Tahira slowly grows stronger and becomes more in control as time goes on.

Unfortunately this all leads up to an abrupt and disappointing ending that may as well have ended with “to be continued…?” or Maggie Simpson popping up and saying “sequel?” It’s a shame, too, because I was genuinely enjoying where the story was heading and wanted to know more about the world’s history and future. The Kickstarter campaign mentions an episodic approach to storytelling, but there are much better ways to utilize the episodic format than to suddenly just stop telling the story.

The grid-based tactics gameplay is built on a solid mechanical foundation. The base mechanics will be familiar to anyone who has played a tactics game before, but enough has been added to make Tahira feel unique. Positioning is incredibly important, as having friendly units adjacent to a target will increase the damage done, and friendlies near each other will receive reduced damage from enemies. Therefore, it’s important to move units before actually attacking in order to maximize the damage done.

There are also special abilities for each type of unit, but there are frustratingly few unit types. Tahira is her own unique unit and is the only one to use magic, but she only gets two spells by the time the credits roll. There are the classic soldier units, who, well, use swords and that’s it. The dual-wielding rogue-esque “Claw” units are unique because if they get a kill, they receive another action point. This can allow them to go on killing sprees in a single turn and this injects a lot of strategy into how the player approaches battles.

The final unit type is the barbarian women. As I’m sure you have already guessed, they are the strongest units. While there is some variation in the unique abilities for each unit, they all end up feeling the same. A couple of abilities will hit two units who are behind each other, but most just end up doing more damage than a regular attack would. Enemies can be pushed off of edges, which requires certain abilities, but only a few maps allow the player to even utilize this and most of the time it’s not really that much better than just fighting. 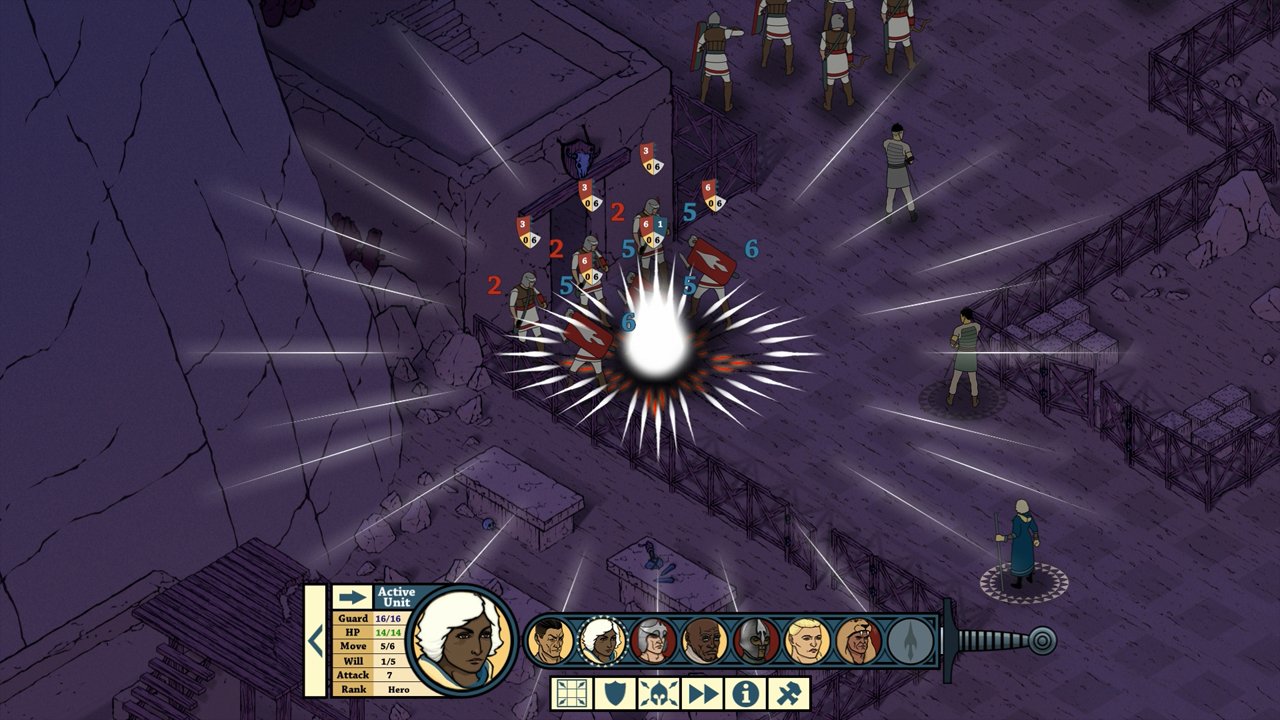 The best gameplay mechanic is easily the ambush. On many of the maps, as the player is positioning their units, there will be ambush spots that they can stash them. Then, at any point, the player can choose to release any or all of those hidden characters, who immediately take their turn. Even if an enemy is currently mid-turn and moving, it’s possible to send someone out to get them.

This adds a sense of “real time” to the turn-based nature of the game and is a blast to utilize. Setting a trap and grinning as you unleash three units on an unsuspecting group of archers feels wonderful. The tutorial does a great job of introducing this mechanic to the player as well, which shows off the strong potential in a clear and easy to understand manner.

Unfortunately, while the mechanics at play are unique and interesting, having only four unit types makes every battle feel very same-y. Really, there are only three unit types plus Tahira, since players will get three to five units of every other type. Plus, other than the Claw units, nothing is interesting about controlling these characters. With the exception of Tahira’s two spells, all of the player’s units are melee. The enemies also have very few types; players will encounter traditional foot soldiers, archers, and barbarians, which are essentially just foot soldiers again. That’s it. 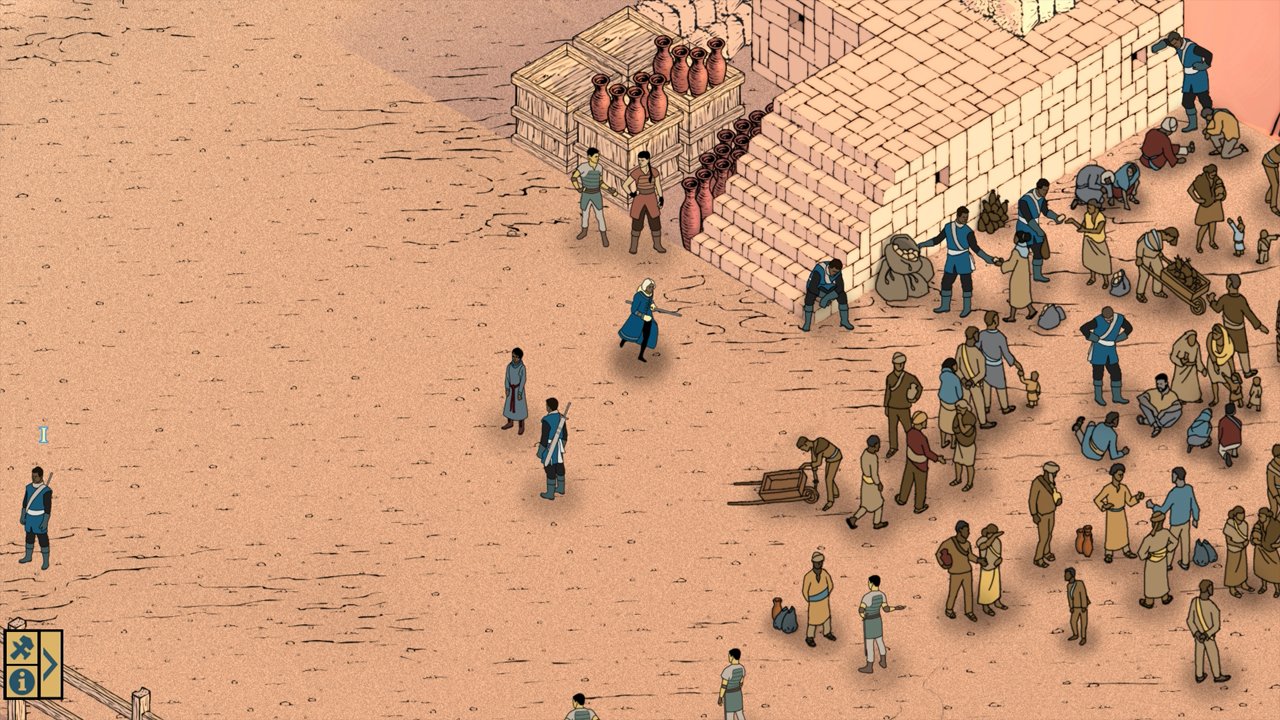 On top of the lack of interesting units and abilities, battles can go on forever. I can’t count the amount of times that I shouted “really?!” as more enemies were introduced into a battle. Especially towards the end of the game, battles just feel like they go on forever. There are four difficulties (I played on the second), and while I wouldn’t call it “easy,” I would say that the game’s idea of difficulty is simply throwing more uninteresting units at the player, requiring either amazing precognition or to play the battle twice in order to predict.

I only lost one battle, the last one, and I felt cheated when I failed. I didn’t think “Oh man, that was tough!” but instead “How the hell was I supposed to know that was supposed to happen?” Sometimes it’s easy to tell how a battle will unfold based on the ambush points given and how units are spread out in the beginning. The last battle, however, is a clusterfuck of ideas, and simply feels poorly designed to make the player fail at least once. My second attempt was a breeze simply because I knew how the battle unfolded.

Tahira had me on a rollercoaster of emotions throughout my playthrough. At times, I felt amazing and badass for some of the tactics I pulled off. Purposefully whittling enemies’ health down so you can ambush them with a Claw unit and kill all of them in a single turn is a pure rush of adrenaline. However, this was often offset by the game arbitrarily throwing more units at me to make the battles longer. It’s never clear when a battle will end and too often I ended battles with a bad taste in my mouth. 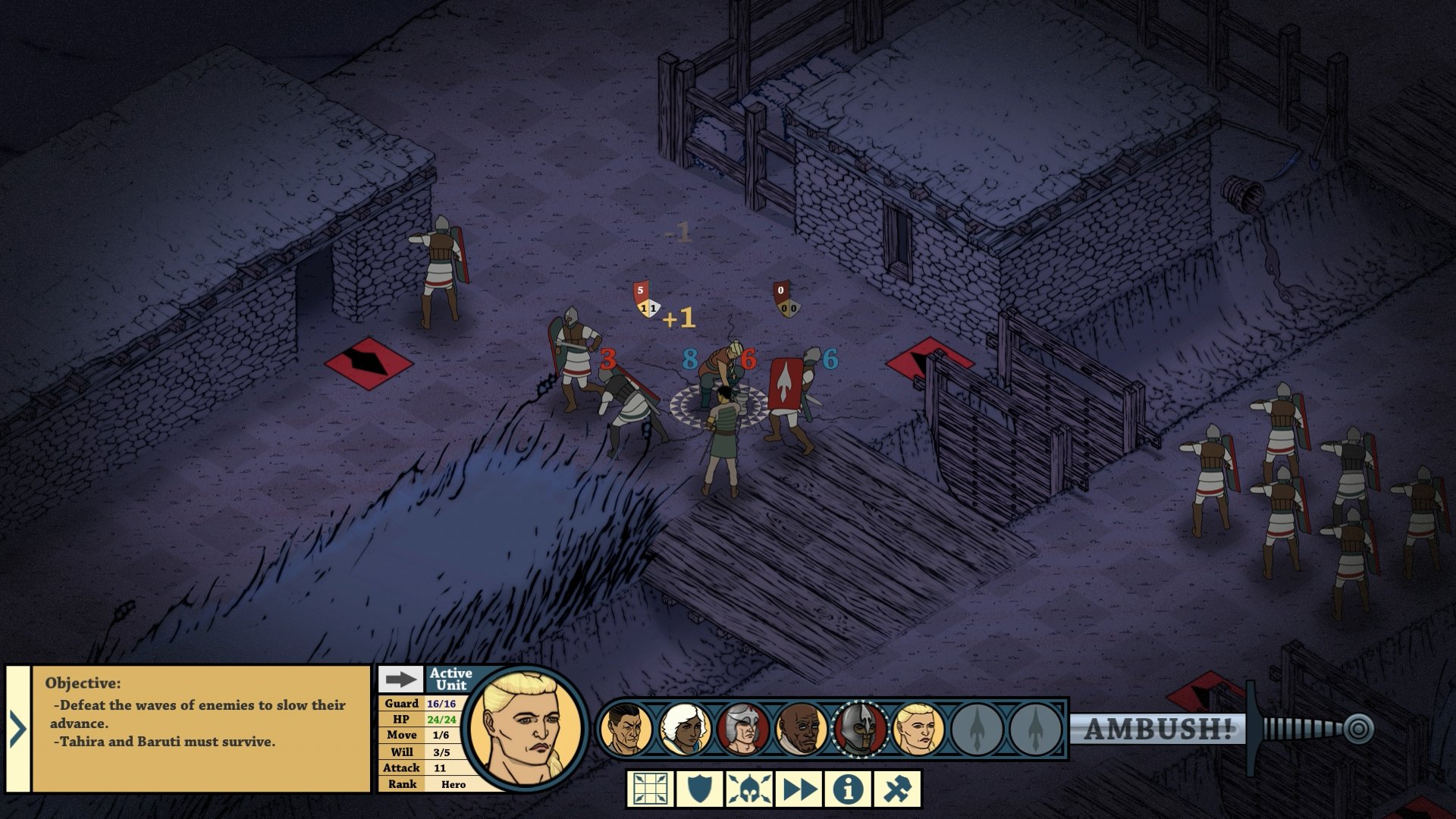 Oh, and there are story moments where the player gets control of Tahira in a non-battle scenario and can walk around the map and talk to people. In a game where players will literally always be clicking the mouse to move units around, you would think that the same would be true here — nope! WASD movement only (which can be rebound). It feels clunky, since it’s keyboard movement with an isometric view and there are areas that Tahira can clearly walk to that can’t be accessed due to invisible walls.

The game does nail the aesthetic with its rotoscope visuals and beautiful music score. It’s a shame that there aren’t more chances for animation, since I love watching just about everything move. There are small little idle animations during battle, which is nice since most of the time, units are idle. I kept having to remind myself that Tahira is rather young, because her hair is pure white and she looks like she’s 60.

I’m so torn on Tahira: Echoes of the Astral Empire. It’s easily one of the most mechanically sound entries into the genre I have played in quite some time, but it barely lets the players experiment with its mechanics. It feels like having some of the best tools on the market and no supplies to build anything with. That being said, many of these issues can be addressed and fixed with future episodes. Tahira’s debut adventure, however, just left me wishing for more without really filling my belly.