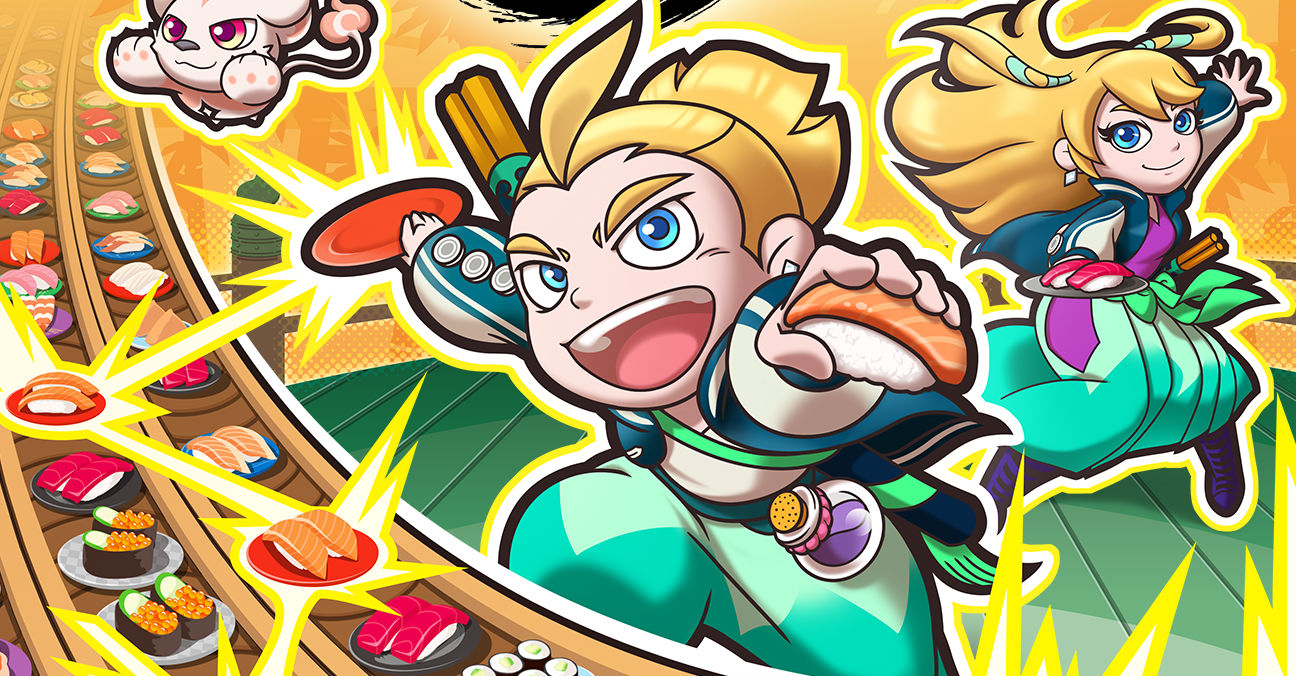 A matcher with savory flair

Evil flexing muscle men, anime talking cats, a narrative framed around a great sushi war: I was in no way prepared to experience Sushi Striker: The Way of Sushido on a purely spiritual level.

The rest of it is hit or miss mechanically, but I’ll be thinking about this wacky world for quite a while. 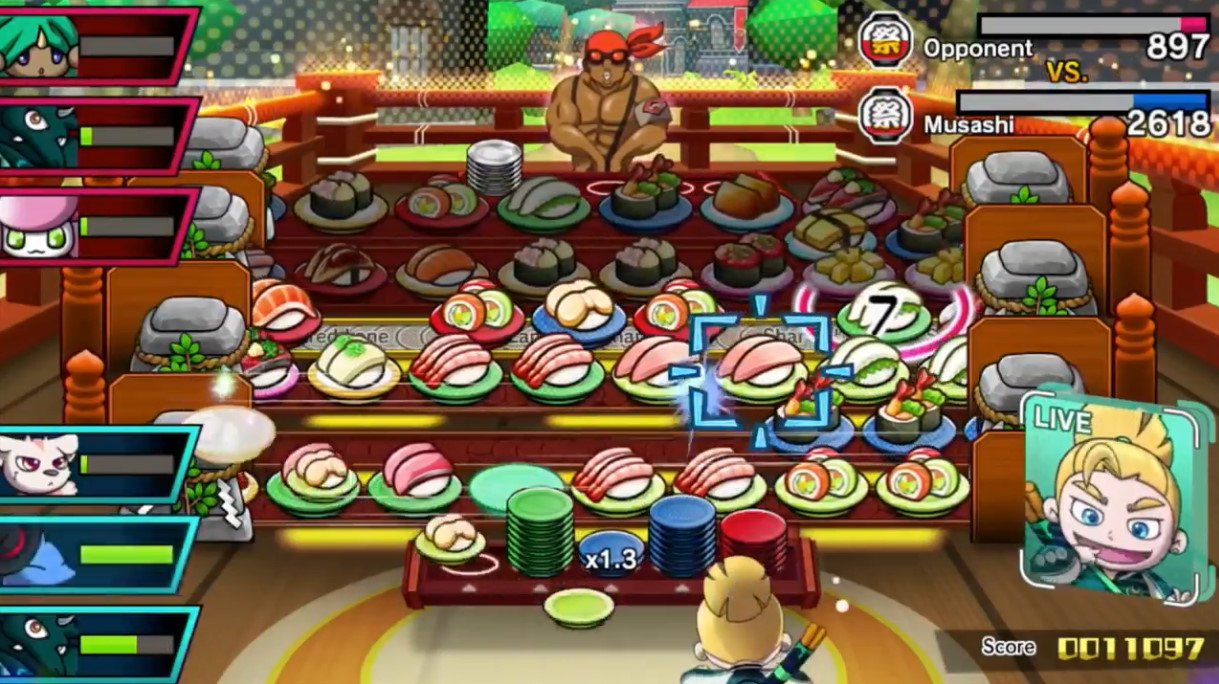 With a Japanese anime vocal intro featuring droves of cats and a Master Roshi-like character, Sushi Striker makes its presence known immediately and does not screw around. In a world without fish, war breaks out between rebel forces and an empire who hoards sushi, setting the stage for an epic tale of good versus evil…and cats…and food. No the narrative doesn’t make a lick of sense, but it’s just silly enough to work.

That’s partly because I was so drawn in by its over-the-top cutscenes, which are split up between fully voiced anime cutscenes and narrated prompts, which are equal parts awesome and ridiculous. There’s almost enough footage here to fill an entire OVA reel, seriously. And you know those static cutscenes where illustrations kind of bump into each other? They’re usually throwaway filler but Sushi Striker has a way of making nearly everything charming.

Because of it’s happy go lucky attitude and lighthearted tone, initially Sushi Striker might not look like much of a puzzler. Set to the tune of a 1v1 battle format, colorful plates of sushi fly out on seven lanes (three for each combatant with one shared lane). Your job is to either tap or drag the analog stick to grab several of the same color plates, stack said plates in front of you, then smack them across the arena to damage your opponent.

It’s simple at first but as time progresses more concepts get piled on, like the ability to stay dormant in a lane to speed the conveyor belt along, or literally dish out combo damage dependent on your plate smacking. Different plates have different damage levels, glowing plates can appear that can link any color, you can topple enemy plates by drawing first blood, passive abilities bump up your parameters a bit.

Or, sometimes to get a little extra boost you’ll need to open up lockboxes with specific combo numbers. That sort of thing. With the right moves you can absolutely destroy your opponent (especially when playing online or locally with split Joy-Con or via multiple Switch units), preventing them from picking up any items and popping certain defensive abilities as a reflex to ward off surgical damage. When you hit those notes you can’t help but smile as you smite your enemy into oblivion.

While the moment to moment action is typically fun and the anime adventures are a blast, the RPG elements are seemingly shoehorned in to merely extend Sushi Striker‘s length. Familiars are mainly statline and occasional ability tools than living, breathing “party members,” as it’s rare to see a creature that meaningfully alters your core strategy of effectively matching.

The front-half of the world map is so linear that most of the level-ups and stat bonuses feel like going through nominal motions rather than a sense of meaningful progression — especially when you’re just fighting grunts that are disconnected from the story. Unlocking your headquarters with a few shops and such is only a short respite from the formula. 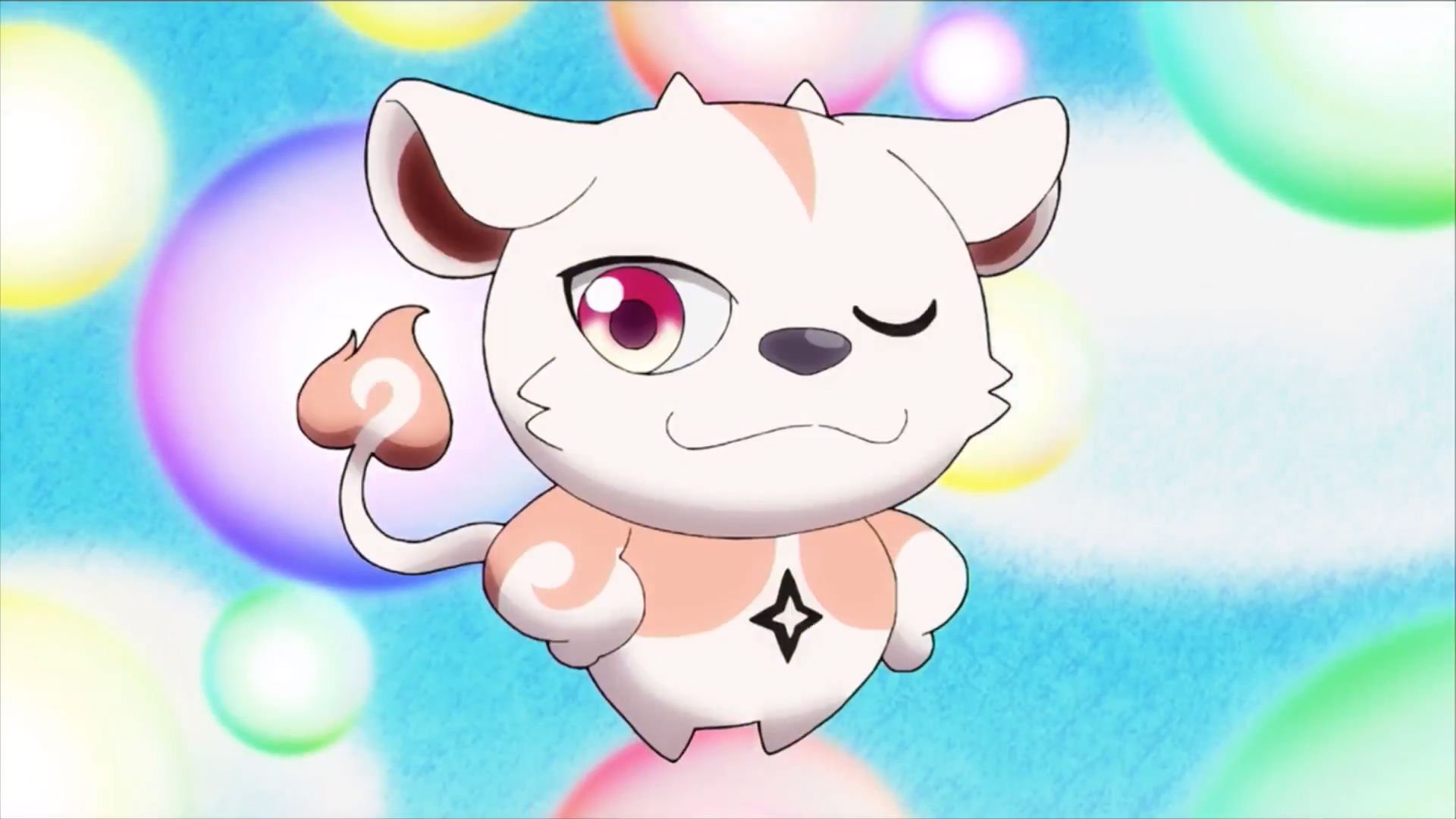 There also aren’t enough unique sprites to go around from a purely aesthetic standpoint, as you’re often doubling up with enemy party members even just a few hours in. It doesn’t help that early battles are a a bit too simplistic. I get that there’s going to be concessions for tutorializing, but most initial bouts boil down to the same strategy — brute force as many combos as you can, wait, and just unleash a game-ending massive 4000 HP combo for the instant win. Several hours after the campaign begins you’re given a black belt item that halves your XP but grants you 1.5x bonuses for winning, which alters the difficulty a bit, but doesn’t fundamentally fix the aforementioned flaws.

If you’re into insane over-the-top anime storytelling, Sushi Striker is going to be right up your alley. It’s up mine, but it almost works better in a straight TV show format than it does as a deep puzzler with RPG elements.