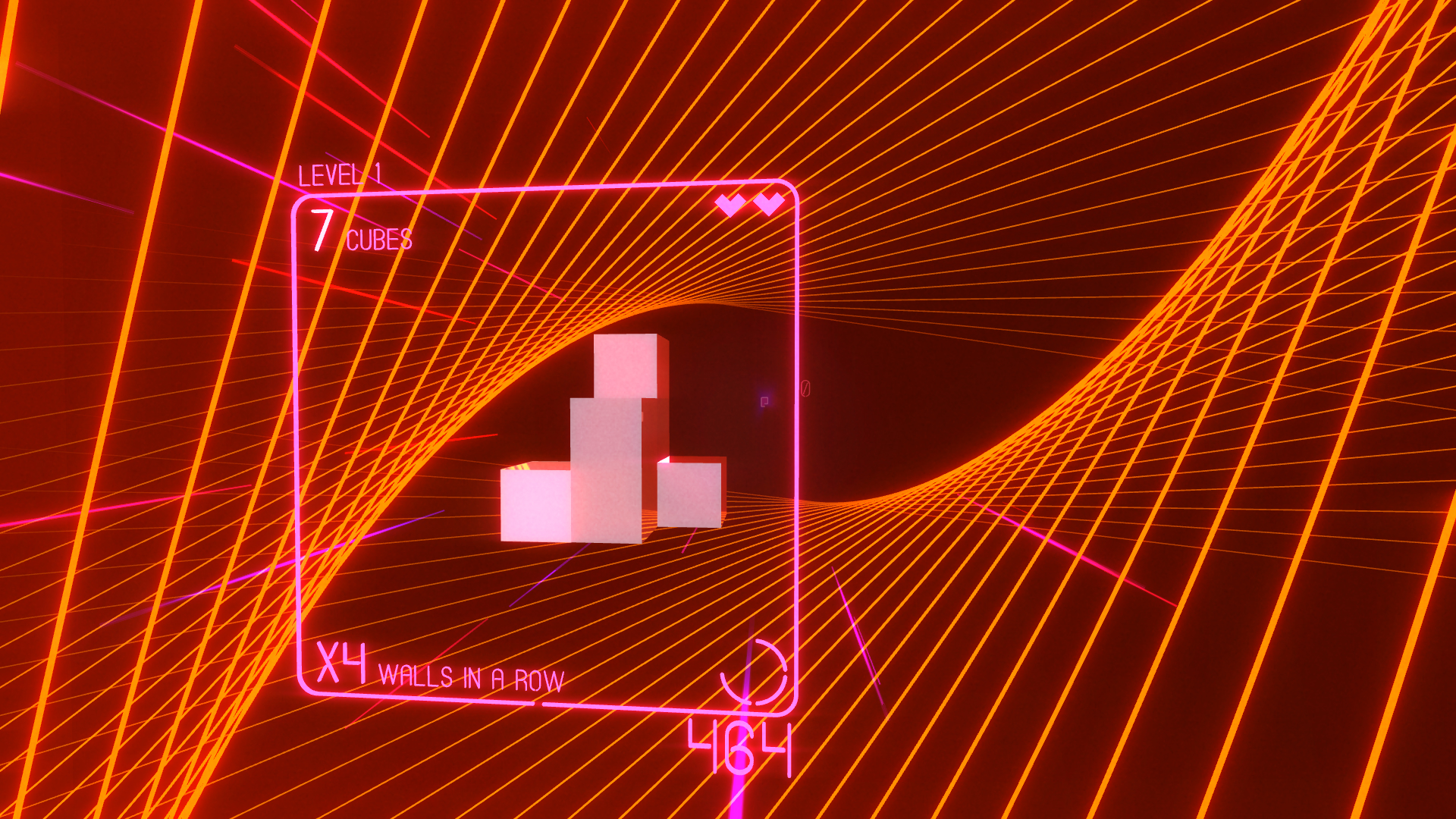 Wait, Polytron is still around?

Apparently, and it’s publishing a new puzzle game for the PlayStation VR that you probably haven’t heard of.

When the PlayStation VR came across my desk, I got a handful of codes and vaguely recognized the name SuperHyperCube. “Is it that game with the trippy yet sci-fi color scheme?” Yes, yes it is. Also, it’s literally Human Tetris. I’m dead serious, if you haven’t seen that video by now, watch it — that’s exactly how SuperHyperCube plays.

Yep, that’s the game! Using a traditional controller, you’ll tip, tilt, and twist objects to fit inside of chiseled-out blocks, which rapidly approach your shape avatars in first-person. Once the wall gets close enough your shape has to be the right configuration to slot into, or you’ll hit it — two of those screw-ups, and it’s back to the start.

Think Super Hexagon with that score-attack “start all over” format and you’ll have some idea of what to expect. It’s not complicated, you just need to actually lean your head to see what the hole entails, and start divining a solution before it smacks you in the face. There’s a few power-ups in the mix that are sparingly earned, but for the most part, it’s all wits and fortitude.

I really love the use of VR here, and it showcases how puzzle games can continue to evolve using the medium. Similar to how I enjoyed peeking around corners and manually manipulating the camera to my whims with platformers like Lucky’s Tale, so too did I get a kick out of peering at incoming walls, trying to figure out what configuration (which by nature supports multiple solutions) would work.

There really isn’t much to it other than that. SuperHyperCube spices things up with the occasional rotating wall or gimmick, but you’re just chasing the score dragon with leaderboards until you get bored of doing it. If you stared at Super Hexagon for hours on end, mesmerized by the visualizations within in your attempt to set a world record, have at it. Otherwise, spread your PlayStation VR launch fund cash elsewhere.