Super Street Fighter 4: Arcade Edition, as a stand-alone $40 product, is a raw deal if you already own Super Street Fighter 4. It’s a so-so update that adds four new bland characters, a small update to the game’s online offerings, and a big list of balance changes that are imperceptible to the non-serious SSF4 fan. As a $15 add-on to SSF4, however, its a decent add to a core game that has lacked for meaningful content since its initial release.

For PC owners, the above those statements mean nothing. SSF4 hasn’t been released for the platform, so this morphs a tepid evaluation of Arcade Edition into a positive one. SSF4 adds a bevy of historical, new and differentiated characters to the core game, in addition to online options that addresses the many issues of its predecessor. Arcade Edition PC is a great way to get in on SSF4 while also getting your hands on the new bolted-on content. 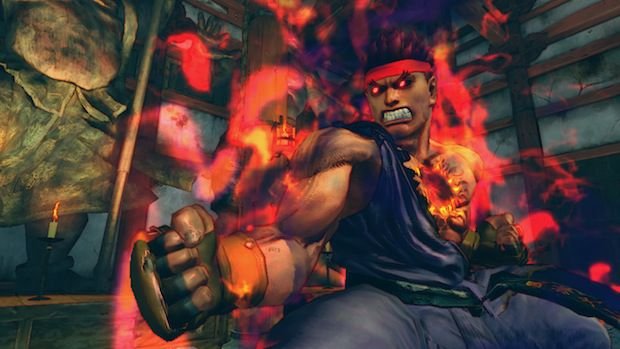 I recommend that you take a look at the list of changes and the new adds that I’m about to mention before you drop your dollars, provided you’re looking at this as DLC. While this is new and jolts some life into the 2010 game, it doesn’t fracture the user base. AE is a cross-platform piece of content, which means that “vector” SSF4 owners can compete with AE owners online.

There are a couple of catches that offsets this good, rational move. Foremost, AE doesn’t let you use the new characters against vector opponents. You’re at the whim of the adoption rate if you want to use your new dudes online. Also, the new balance tweaks for AE can’t be used in matches with vectors either. There are now two sets of balance tweaks that you have to pick and choose from when playing online.

That sounds like a mindless direction to take the game, but to Capcom’s credit, there’s an option to stick with either balance set to begin with. You can also sort matches based on the balance you want.

The overall online experience remains the same in AE with the exception of the added balance swapping and the fact that you can now name an endless battle room. The same can be said for the single-player components, which means that Capcom again missed another opportunity to add an actual, meaningful tutorial to SF4. 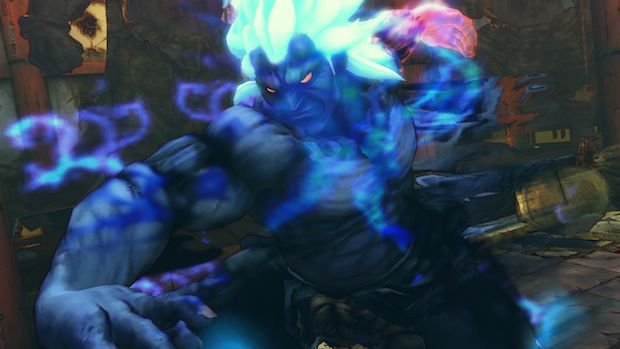 For what it’s worth, at this early part in AE’s life, the matchmaking seems to be faring well. I’ve been paired up with AE people numerous times without issue. Playing with vectors is smooth, too.

The “Elite” replay channels are coolest adds to the online, but they’re also just a block of videos showcasing the best of the best out there. For what it’s worth, you can see some insane stuff on this channel — dudes just trashing each other and playing on a level that I’ll never hope to attain to. It’s good for the popcorn element, for sure, and, hey, it might even teach you some new tricks.

The four new fighters come across as an injection of flat, uninspired hacks. Evil Ryu, a dude who looks like he’s been spending too much time at after dark poetry sessions in a gaggle of coffee shops, is a blend of Akuma and Ryu. Oni is a cross between Akuma and Gouken. Both characters absorb the strengths and weaknesses of the base characters they copy, so there’s not much to appreciate here.

Street Fighter 3: New Generation veterans Yang and Yun are speedy and offensive focused, so they tend to be played about the same. They also look similar to each other. While making sense on a genetic level, this doesn’t make for compelling visual design. 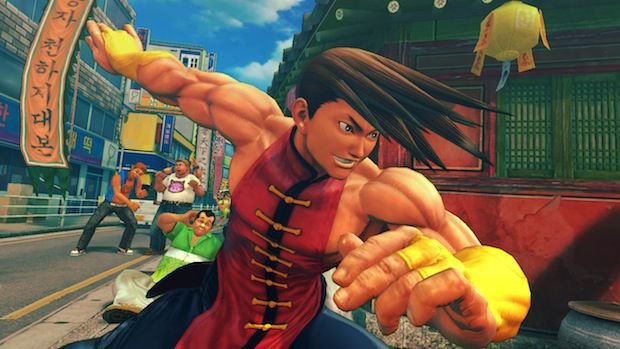 The current crop of SSF4 characters are colorful and differentiated for the most part, so these new guys feel like flops in comparison. Their campaign movies do measure up with the rest of the casts’, though that isn’t saying much.

It’s hard to say much more evaluative about AE. It’s a small update that you could live without despite its $15 digital price tag. As a value proposition at $40, it’s a laugh unless you missed out SSF4, which is easily one of the brightest and sharpest fighting games in the recent past. The new characters in AE feel pointless in my non-pro hands, and the new “Elite” replay channels are definitely not something I’ve been yearning for. Then again, this something new for an older game. Your call.

As DLC, we’re giving it a 5.  This is a mediocre, totally average addition.

As for the Super Street Fighter IV core game, it’s still a 9.5.  You can find that review here.