Super Smash Bros. for the 3DS was everything I hoped it would be. It rekindled my love for the franchise after my group of friends and I lost interest due to Brawl, and I’m playing online more often than I would with most fighting games. In pretty much every aspect, the game is a success in my eyes, and it seems that sales agree.

But of course the main event is one that can be seen on a glorious television, with four (now eight) players all clamoring over some drinks and having a great time. In that regard, Super Smash Bros. for the Wii U might be the best iteration yet. 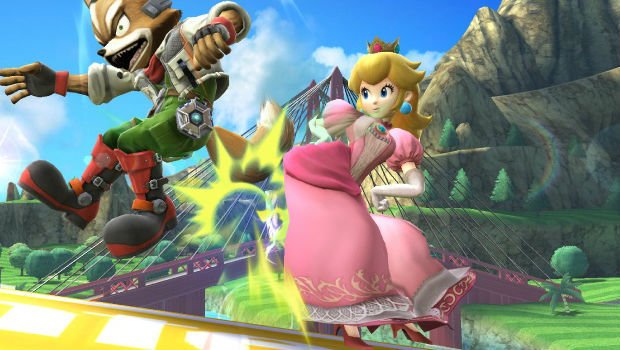 For all intents and purposes, this review will cover the Wii U version. Mechanically, it operates identically to the 3DS version, so if you want to read more about the physics and changes from Brawl, check them out here. In fact, even the roster is the same, but characters unlock in a different order — the methodology is still dead simple: just complete matches and the unlocks will come.

Of course, there are plenty of extra level unlocks, Mii outfits to earn, music track unlocks, trophies to buy and earn, and challenges to complete. A few of the challenges are the same as those on the 3DS, but given all of the new (and improved) modes in the Wii U version, a good deal of them were changed.

So, onto the new stuff! The immediately noticeable thing is that Smash Wii U is a beautiful game. Details like Rosalina’s dress are now visible with an HD console, and the level of detail in pretty much every stage in the game is noticeable. The Orbital Gate stage from Star Fox Assault actually had my jaw dropping it was so impressive. Nintendo is really making the most out of the Wii U hardware, and I’d go so far as to say that like Galaxy 2 before it, this is one of the best looking games on the market — including the other current-gen console lineups.

The controls for the Wii U are markedly improved over the 3DS version’s singular scheme. Using the GameCube controller adapter (which is basically just a hub that uses two Wii U USB slots), I busted out my Wavebird and never went back. It just feels natural, and it works flawlessly with Smash Wii U. For the purposes of the review I tested out everything, including the GamePad, Wii U Pro Controller, and Wiimote. Hell, players can even use a Classic Controller or a freaking 3DS system.

The prospect of so many choices is pretty exciting for any Smash fan, whether they started at the beginning or are getting into the series for the first time. One thing I should note though is that the GamePad wasn’t as comfortable for lengthier sessions, mostly due to the left analog stick and its propensity to click while getting into a match — it just doesn’t seem all that ready for heavy amounts of twitch gameplay. It’s definitely a viable option though, and better than being cramped on the 3DS for hours on end.

Due to the nature of TV play, the stages are also bigger, and in most cases, better. The standouts include a Metroid-themed stage where Ridley will swoop onto the arena and cause havoc, siding with the player who deals him the most damage. The Great Cave Offensive from Kirby Super Star is also a pretty amazing level, with tons of hazards and bits of lava to navigate. Other stages are returning fan favorites, such as Hyrule Temple and Onett, and accommodate up to eight players. 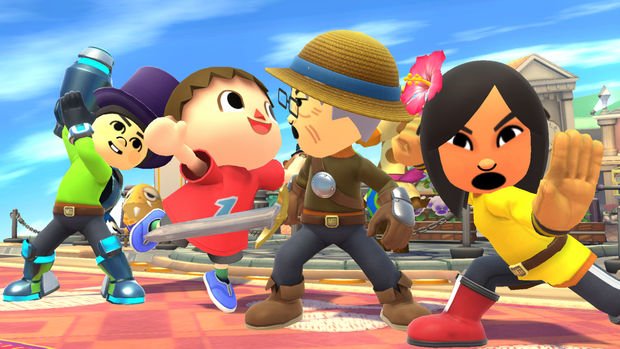 Wait, eight players?! Yep, this time Nintendo has finally added an option to battle with eight people (on roughly a third of the total stages), and man is it something else. It’s hectic, insane, and quite frankly, something most are only going to want to do sparingly because of how chaotic it is. Thankfully the mode can be played alone against CPUs, adding a whole new dimension to solo play. I tend to play it during long sessions once I’m tired of the other modes.

The biggest improvement from the 3DS edition is probably the removal of the disappointing Smash Run, and the injection of Smash Tour — a board game-like experience that sort of mirrors Mario Party. But don’t get too caught up in the comparison, because there aren’t any minigames here — just battles with items and a board in the mix. At the start of every turn, character tokens and power-ups are scattered about a board for players to pick up. Power-ups raise stats (similar to Smash Run), and tokens grant extra characters to use during the match, as well as at the very end for a winner takes all battle royale once the turn count runs out.

Every player rolls a die numbered from one to six, then is immediately allowed to run, as there’s no waiting for other players’ turns in Smash Tour. If two or more players end up running into each other a battle involving all four starts, allowing them to steal fighter tokens as a result. All along the way things are mixed up considerably with items, which can be used out of battle to move further, set traps, switch places with enemies, or vacuum up nearby items. Other items can be used specifically in battle, like starting with a homerun bat. 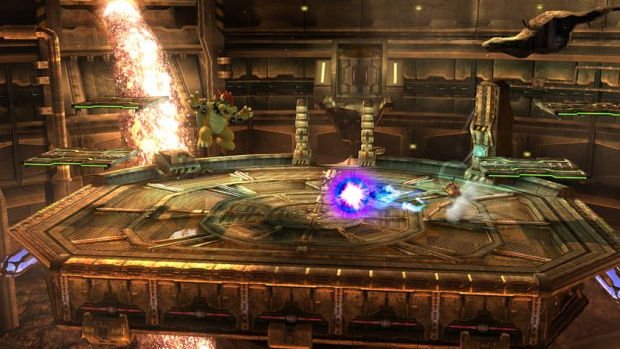 There’s actually a lot of strategy involved throughout the three Smash Tour boards available. While there is some Mario Party random madness involved, players really can plot a course and use items in a strategic manner to get the best of foes. It’s also constantly engaging and rewarding since everyone moves at once. This is a new staple mode in my house.

In terms of other game types, Event Mode is back! It’s not only rewarding to navigate through wacky themed battles like giant Bowser and Donkey Kong wars solo, but it’s also a blast to play with a co-op partner. Extra rules are also unlocked from the start, including crazy modifiers like everything starting off small or with a bunny hood, as well as the power to increase the frequency of item drops.

All of the Stadium modes like Home-Run contest, Multi-Man Smash, and Target Blast are back, as well as the All-Stars gauntlet battle, Trophy Rush, and Classic Mode. Basically everything but Smash Run and StreetSmash return from the 3DS game. Master Orders and Crazy Orders are also fun modes, which let players risk coins for rewards — similar to Trophy Rush. Online play wasn’t available yet, but we will keep you updated. 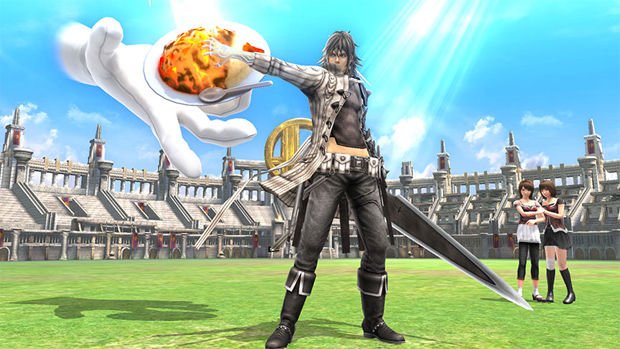 Another new aspect of the Wii U version is the level creator, which the GamePad makes very easy using its touch interface. The creator itself isn’t super robust as it only allows for a handful of theming options and objects, but it’s intuitive, and it works. If it feels like Nintendo didn’t pack in enough, there’s amiibo support, but sadly it feels underwhelming so far. Out of the three I tested (Mario, Link, and Kirby), there wasn’t anything special there that couldn’t have been done by a save file.

Finally, there’s a Masterpiece theater mode, which grants three minutes to play a selection of Virtual Console game demos. This is basically nothing more than a gimmick, as some of the points they decided to start the demos are bizarre. For instance the Mega Man II demo puts the player right into the first Wily Stage, and 30 whole seconds on the timer are taken up by a cinematic. It’s probably the most disappointing of the bunch, but as an extra on top of extras, the disappointment is easy to swallow.

Super Smash Bros. for Wii U delivers all of the rock-solid mechanics that the 3DS version gave us, with the joy of playing on a big screen with friends and a heap of worthwhile modes. It certainly doesn’t negate the greatness of the 3DS edition, but for those who have a bunch of friends anxious to Smash and can only get one, this is the version to get.