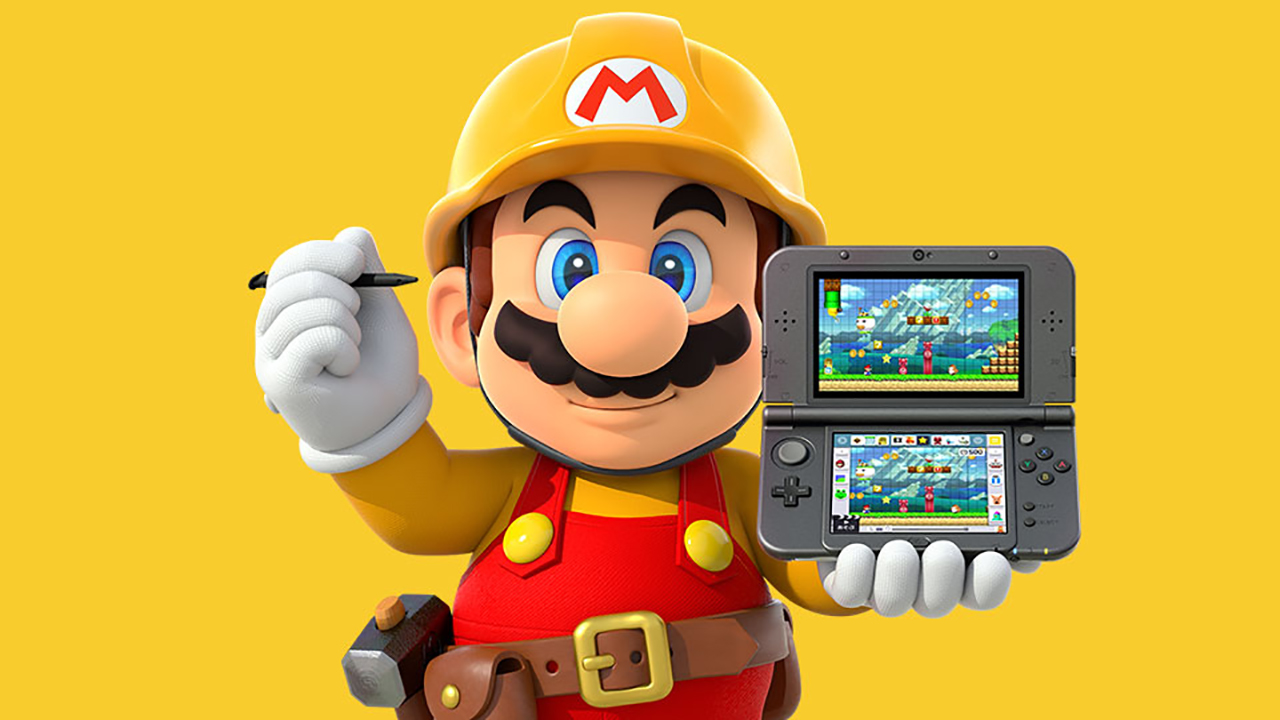 Size matters, even if the motions are similar

Way back in the day, console ports of arcade games were expected to typically pale in comparison to their quarter-sucking counterparts, and we were okay with that. Flash forward twenty or so years and parity is essentially expected between home console versions and handheld ports.

Something as simple as a Super Mario Bros. game would surely make an easy transition from the Wii U to the 3DS, right? 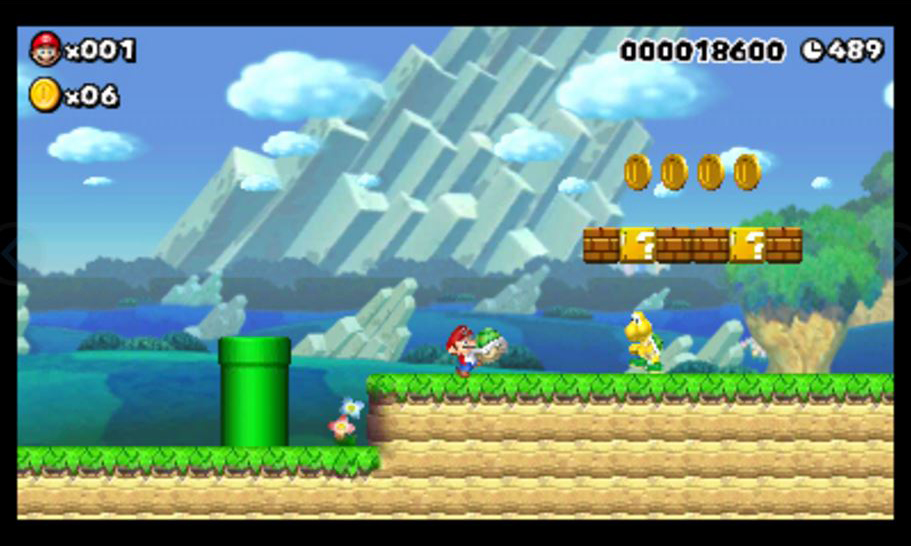 Thing is, the Nintendo 3DS is over five years old and can’t even run this game full screen at the mind-bogglingly small 240p resolution supported by the handheld — even if it’s the more powerful New 3DS. Sure, all the menus are full screen and crisp, but once in-game, there is a black border all the way around the screen, which was something I hadn’t noticed in early footage of Mario Maker that quickly became apparent once playing the game myself. While size isn’t everything, I don’t think I’m being outrageous by thinking Nintendo should have been able to get this running at full-screen resolution. 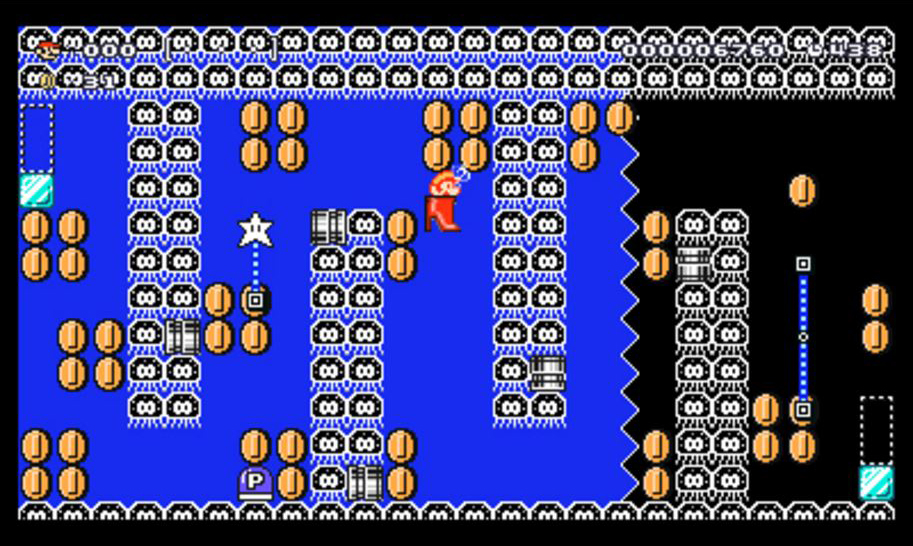 If you were hoping to play some of those insanely difficult and cool levels you’ve seen from the Wii U version, you can, but only if they randomly pop up in recommended courses or during the 100 Mario Challenge that pulls from a selection of levels made by players on the Wii U. As far as 3DS-made levels, you’ll have to be lucky enough to Street Pass another player in real life who owns a copy of the game and made a level that isn’t garbage. Spoilers: Most gamers aren’t developers, so most levels suck; in that regards it is just like the Wii U version. Nintendo’s curation helps things be a little better, but many levels are artsier or just memes rather than actual fun to play.

Also missing from this version is amiibo support and thus the mystery mushroom that allowed costumes to be used in levels based on popular characters. A strange choice considering amiibo are supported by the 3DS and that the costumes aren’t exactly that elaborate. This also means you won’t be seeing any Wii U levels that use the costumes on the 3DS (including the tons of post-release levels that Nintendo released), which surely takes a considerable amount of levels off the table.

Thankfully there are 100 Nintendo-developed levels available to play and they are damned good. Easily some of the best platforming levels on the handheld, if not anywhere. The levels themselves are introduced via funny little conversations between a girl and a pigeon obsessed with edamame, Mary O. and Yamamura, respectively. These conversations and levels both serve to teach the player interesting ways to use the provided items while making their own levels, though I’m not sure most people got the message. Each level has two medals to unlock by completing various tasks, which adds a lot of replayability and optional challenge to the game. Medals are easily my favorite addition exclusive to the 3DS port since they encouraged me to explore more of the levels instead of rushing to the flag.

As far as making levels goes, it is pretty identical to the Wii U version. You can select between the graphical styling of Super Mario Bros., SMB3, World, and New Super Mario Bros. U, as well as placing the items, enemies, and set pieces of each. I don’t see much of a reason to make levels, however, due to the StreetPass requirements. Even living in Columbus, Ohio, the biggest city in the state, I’ve yet to manage to StreetPass anyone else with the game sharing a level in the few weeks I’ve had it. The lack of online sharing is a huge mistake and perhaps the final nail in the coffin for most potential buyers. 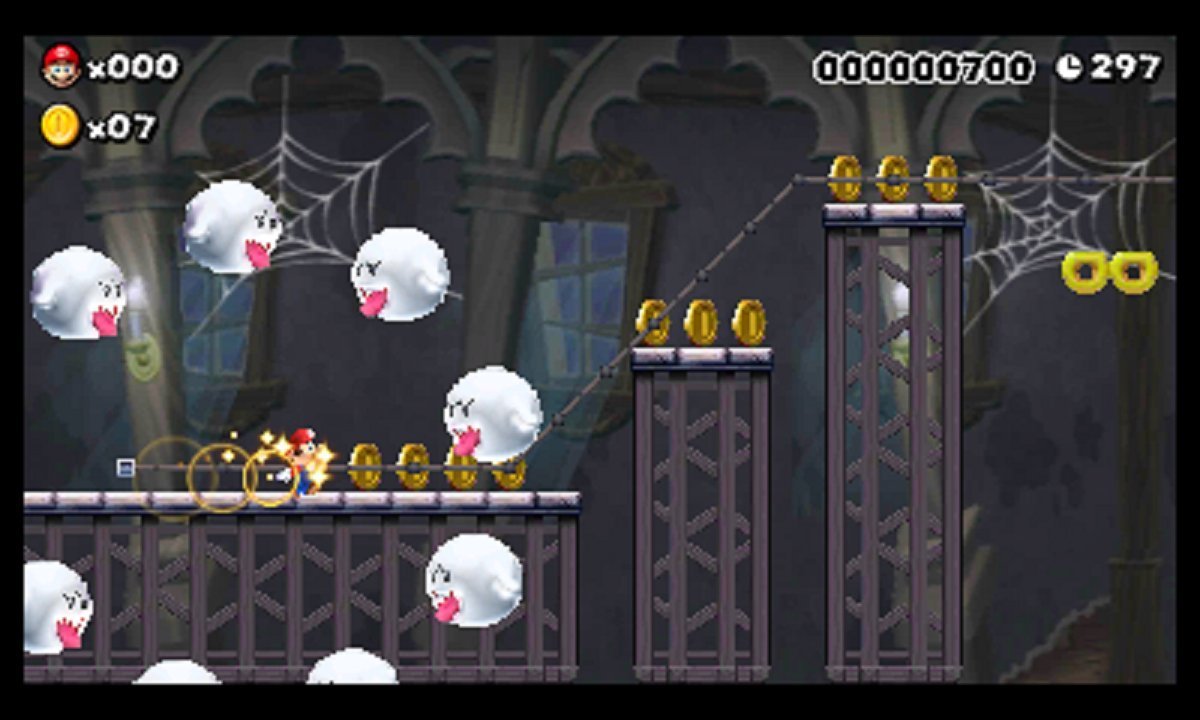 If the 3DS version would have came out prior to the Wii U version, I think we would all feel very differently about it, but that isn’t the case. While the main features are there, the lack of online rips the heart out of the game making it little more than a glorified way to play a random selection of levels, most of which aren’t very good, even with Nintendo’s curation.

On the other hand, the 100 included levels from Nintendo aren’t to be missed if you want some of the best Super Mario Bros. levels released to date; they just aren’t worth the $40 price tag alone. Super Mario Maker for 3DS isn’t a bad game or even a bad creation tool, but without its online heart continuously pumping life into it, it feels more like a useless skeleton, and nobody likes skeletons. NOBODY.