Hiryu is back, and better than ever

I was very skeptical when the Strider franchise was handed over to Double Helix. This was before we found out that Killer Instinct was actually a decent game, when the studio was allowed to spread its wings with something other than a movie license title.

Two playthroughs later, and I’m a believer. If Strider is any indication, I really think Double Helix has a bright future ahead of it. 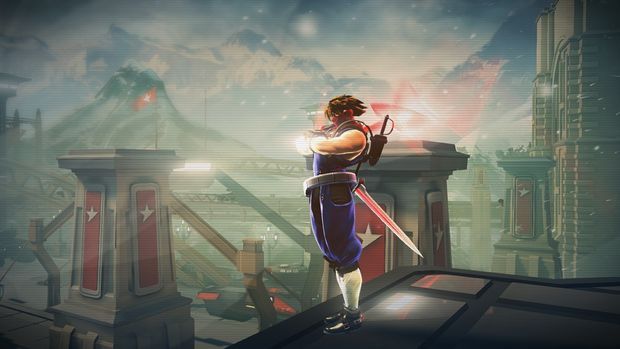 As always, Strider features an alternate dystopian future of Earth with a healthy helping of cheese factor. It’s ruled by the oppressive Grandmaster Meio, whose vanity even goes as far as declaring the year Meio 0048. The title refers to a specific clan of ninjas, and you’re in control of Hiryu — one of the best and brightest. You’ve seen it before, a badass ninja infiltrates the enemy and slices it to ruin. But that doesn’t make it any less badass.

One of the first things that struck a chord with me was the unique visual style that’s immediately noticeable as soon as you boot up the game. For instance, Hiryu’s scarf is now a neon glow effect, flapping in the wind freely. There’s cartoonish dust when you slice up enemies, tiny nuances like sparks flying out of surfaces you strike, reflections in the ice, and so on.

The retro-inspired soundtrack helps, and although it’s lacking in some areas, it generally gets the job done and gets you pumped for the task at hand. The voicework is exemplary, mostly due to the fact that it embraces the cheese factor to the fullest. Strider‘s voice actors don’t just read their lines — they elongate them, cackle during them, and generally just go all out. You can tell they really had fun with this one. 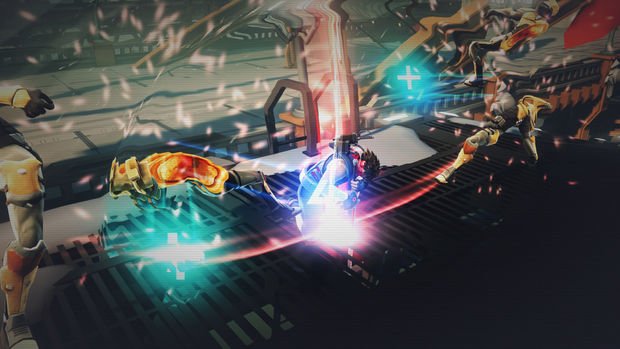 I’m a pretty big fan of the Strider series, specifically because of its combat systems. The first game is a classic, and Strider 2 really made a name for itself with some tight controls and hardcore action. But overall, I’d actually put the new Strider above the past iterations. Combat still feels fast — lightning fast. Strider’s sword slices as quickly as you can press the button, and wielding that power is just as fun as it sounds.

One of the best parts however is the ability to directionally control your slices in the air, so nothing remains untouched. You can can also stick on walls and ceilings with your scythes, a tactic which is the crux of many obstacle courses and puzzles throughout the game. Because of these abilities and the power to basically do anything you can dream of, platforming never really feels unfair, and neither do the game’s enemies. Even more nuances start to appear as you get the charged slice, which can be used to break apart enemy shields. It all leads to a series of split-second decisions and frantic fights, and I love every minute of it.

Our hero still has that same jump flip from the original, and he can still slice on the run. The thing about the Strider games is that they’re relatively simple to pick up — all you really need to do is cut a bunch of people. Initially, at least, until you pick up Strider’s numerous Metroidvania-esque upgrades. 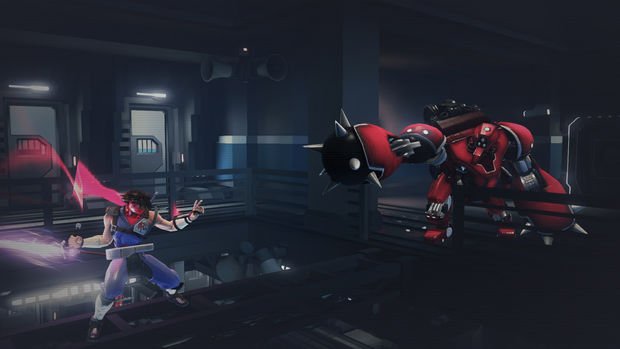 The game’s frequent boss battles are an absolute highlight, especially when coupled with the interesting designs from the art team and the voicework. Some of them have an epic Bayonetta scale to them with giant monsters, but there are also a number of satisfying humanoid fights on a smaller scale. It’s insane how varied these battles are, as one of them even has elements of bullet hell shoot-’em-ups built into it.

Individual stages have a Metroidvania feel, complete with a map system and lots of twists and turns. There are tons of impressive locales that range from military bases, to rooftops, to dark sewers. They all have an openness to them, where secrets could be hiding at every turn. With Strider’s maneuverability, everything is fair game, and you’re inspired to find everything you can.

Strider will last you around five hours — double that if you want everything. The extras you can unlock mostly involve concept art, but there are a few nice inclusions like lore bits and the like. It would have been nice to get the arcade original as an unlock, but there is a survival mode and a race mode (where you rush to pass through multiple beacons) with multiple stages included, which is more than most action games offer. You can also replay the game on Easy, Normal, or Hard if you so choose, but sadly, New Game+ is not an option. 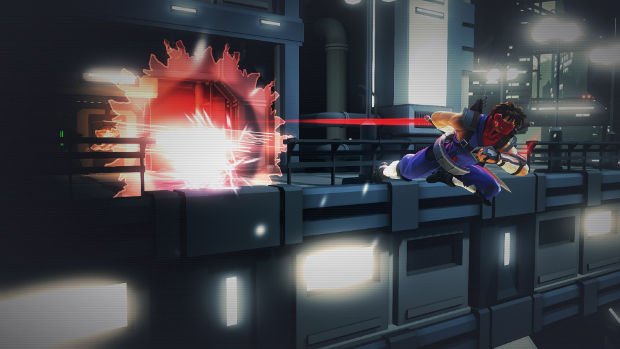 Double Helix has really come into its own. Strider reminds me of a Shadow Complex with a much better combat system and a scaled-down exploration element. And that’s perfectly okay with me.