A stellar fighter, to go

Launching just seven months ago on consoles, it seems that Street Fighter X Tekken never really caught on in the fighting game community. Some would argue this was a result of the quality of the game itself, but a bit of controversy surrounding the on-disc DLC and confusion about which characters would appear where certainly didn’t help matters.

Having said that, back in February, we told you that with Ultimate Marvel vs. Capcom 3 on the Vita, portable fighting has never looked so good or played so well. It appears that Capcom has outdone themselves again in making the most beautiful, playable portable fighting experience out there. 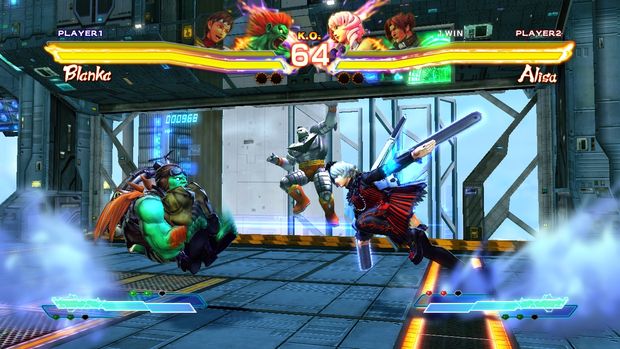 There’s no question about it: this game is gorgeous, and it’s easily one of the most colorful, eye-catching games on the Vita right now. With Ultimate Marvel, Capcom cut the effects and backgrounds down (making the latter static) to keep the rest of the game as visually striking as it appeared on consoles.

This time around, backgrounds are fully animated and the effects were only nicked ever so slightly. The character models are fully detailed and you won’t find any jaggies on screen, making the high locked-in frame rate all the more impressive. 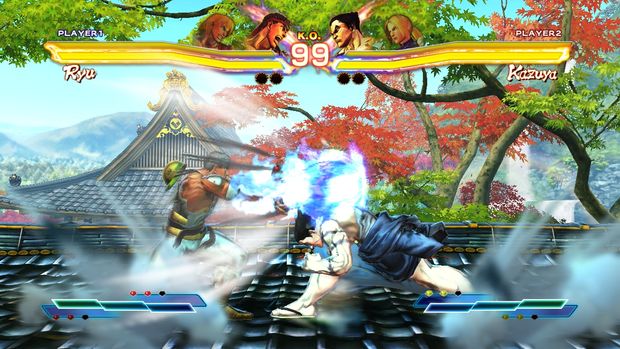 If you’ve played the console version, you’ve played the Vita version — for the most part. The slick, tag-team-based gameplay is still here and better than ever as the responsive Vita buttons make you feel like you’re more in control than with a standard gamepad (in fact, the game even lets you Cross Link with the PlayStation 3 version to use your Vita as a PS3 controller).

Just as in Ultimate Marvel, Street Fighter X Tekken gives you the option to use the front and rear touch screens to basically play the game for you. While still as useless as before, it’s certainly there if you just want to destroy your opponent as mindlessly as possible; no reason to use it otherwise.

If you’ve played the 3DS port of Super Street Fighter IV, you’ll feel right at home with SFxT‘s other touch control option. On the right half of the front touch screen, there are four tiles. Each of these can be set/sized to your liking, such as your preset combos or maybe even just one of your punch or kick buttons, or nothing at all if you so choose. It doesn’t make the game significantly easier in any way (or offer any advantage), but simply acts as a convenience. 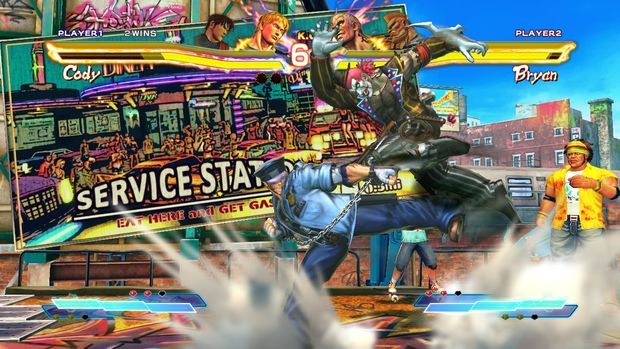 The entire menu system can be interacted with the front touch screen (Trophy Viewer, Gallery, and Customize modes require you to use the touch screen). It’s worth noting as Ultimate Marvel didn’t offer this for some reason. There’s also a new mode that lets you use the Vita’s augmented reality capabilities to put your favorite characters into your living room or wherever else and take pictures of them. It’s cute, but it was extremely slow and didn’t quite work right in my time with it.

Exclusive to the Vita version is a download code which will net you all twelve of the added characters for your copy on PS3 (these characters are on the cartridge, so it is not necessary to redeem this code to have the characters on the Vita), and will give you all of the alternate costumes for the original 38 characters. 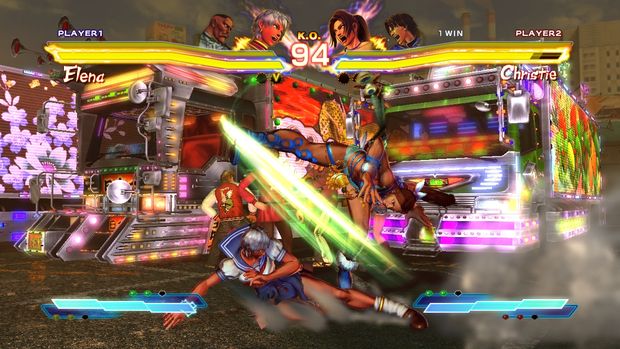 Multiplayer is comparable to the console version. In fact, it’s the exact same as cross-platform play is supported. Vita players can face each other, against PS3 users, and vice versa. Fighting against a PS3 player from the Vita works flawlessly — there’s also something to be said about being able to play against someone who’s on a console from wherever you might be.

The only lag to speak of from my experience only appears right before and after the fight. Obviously, it doesn’t interfere with the actual match, but it’s strange that it even happens. Everything went down smoothly, and none of the weird audio syncing errors that plagued the console versions of Street Fighter X Tekken are here. 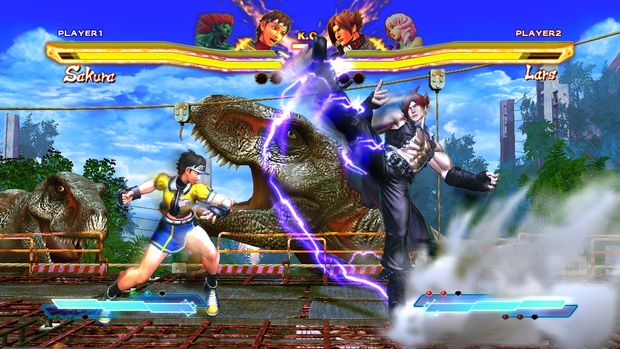 Whether or not you’ll enjoy the handheld version of the game is really up to you. If you couldn’t stand the original console release, there’s likely nothing here that will make you change your mind. But if you do decide to pick it up for the first time (or again), you will be treated to an absolutely gorgeous game that plays better than its older console brother, and gives you the most bang for your $40.

Street Fighter X Tekken for the Vita is not only the best version of the title, but it’s also easily the best-looking fighter on the handheld, and it could be said that this is the best fighter on the Vita right now. Considering its competition, that’s saying quite a lot.