Capcom’s treatment of the Mega Man franchise these past couple of years has been atrocious. When Street Fighter kicked off its 25th anniversary, Capcom clearly laid out its plans for the coming year, which included key software releases like Street Fighter X Tekken. All that the company is offering up for Mega Man is a free game that it didn’t even make, and it’s quite likely that the only reason we are even getting that is because of the Street Fighter connection.

That being said, Capcom could have done much worse than throw its support behind a fan game. For years, folks such as myself have championed the cleverness and resourcefulness of fans who made the games that the big developers were unable or unwilling to create themselves. Not bound by the direction of uptight men in ill-fitting suits, independent creatives are free to express their passion in the purest way possible. And for Capcom to officially sanction such a project sets a precedent that I only hope sends ripples through the industry.

As for Street FIghter X Mega Man, it’s quite enjoyable and filled with wonderful ideas, even though the execution prevents it from being the best it can be. 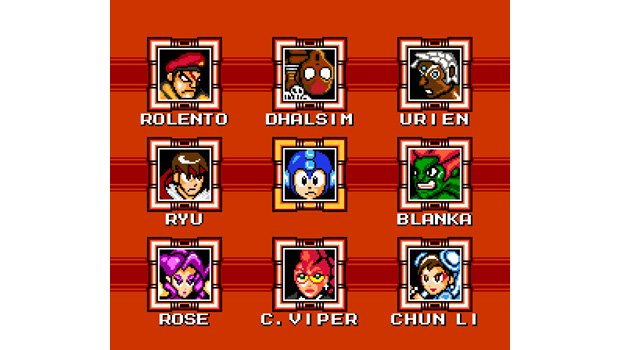 Unless you’ve been living under a rock, Street Fighter X Mega Man is a traditional 8-bit Mega Man platfomer that replaces the Blue Bomber’s usual motley crew of Robot Masters with eight World Warriors from the Street Fighter universe. If you are looking for any context as to why Mega has gone rogue and taken to hunting humans, you won’t find any.

Seriously, don’t worry about it.

Instead of taking the easy route and incorporating just the combatants from Street Fighter II, the game pulls from the entire series roster — Ryu, Chun-Li, Blanka, Dhalsim, Rose, Rolento, Urien, and Crimson Viper. Each warrior rules over an appropriately themed domain, such as the rooftop of an ancient Japanese castle for Ryu or the electric eel-populated Brazilian jungles for Blanka.

My personal favorites are Urien and Viper’s stages. Urien holes himself deep in the mountains, where you have to traverse unstable platforms before they fall and fight enemies that can reflect your buster shots right back at you. Viper awaits in a S.I.N. building, guarded by insta-kill security corridors and a new model of Sniper Joe equipped with massive laser cannons.

But the stages are merely preludes to the main events. Even though the bosses have been re-imagined as NES sprites, they retain all their signature abilities. Ryu of course breaks out the Hadoukens, Shoryukens, and Tatsumaki Senpukyakus; Dhalsim teleports, breathes fire, and stretches his Gumby-like appendages; Viper launches a flurry of electricity-enhanced punches and kicks; and so on. Also, I think it’s safe to say that Rolento’s pogo stick bounce was intended to conjure images of certain rich, pants-less fowl hailing from Glasgow.

They may not be machines, but the World Warriors will whip Mega’s blue ass ’til it turns purple. They naturally follow predicable patterns in true Mega Man fashion, but as is always the case, simply knowing the pattern is no guarantee of victory. You have to react accordingly and make generous use of the charge shot, slide, and acquired weapons. In fact, not even a boss’ weakness is a caveat-free “instant win” card. There are always risks associated with the weapons that must be taken into account, such as Chun-Li’s Lightning Kick that requires direct contact with your opponent.

The other big element of the game aside from the bosses is electronic musician A_Rival’s soundtrack, which consists of NES demakes of Street Fighter jams albeit with a Mega Man twist. You’ll hear Ryu’s theme mashed up with Flash Man’s theme, Dhalsim’s with Snake Man’s, Rolento’s with Heat Man’s, and so on. Even the piece that plays when you select a boss is a blend of both series’ iconic “Game Start” jingles. Other tracks don’t directly sample Mega Man tunes take certain Mega Man-ish cues, most notably the pulsing drumline out of Mega Man 2. It’s very cool, and like the full game, it’s free to download.

In addition, there a bunch of little nods and Easter eggs sprinkled throughout. Most notable is Dan Hibiki, who plays the role of punching bag as Mega tests out a newly acquired power. There is a secret boss who seriously isn’t that much of a secret to anybody. And though Guile was excluded from the roster, his “goes with everything” theme song can replace any level’s music with but a simple code punched in at the pause menu. 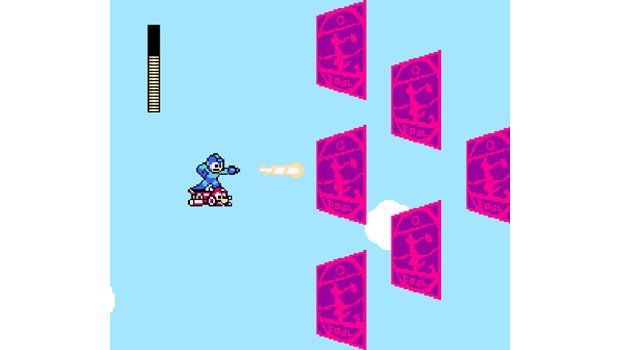 But as I hinted in the beginning, there are a bunch of issues that weigh down the entire experience — some that drastically impact gameplay and others that will really only bother super Mega Man aficionados.

Right off the bat, there is no save option. No biggie, you may think, since the NES games didn’t have save functionality either. Yeah, they used a password system… which Street Fighter X Mega Man also lacks. You can’t tell me it would have been difficult to come up with a traditional password grid as in years past. So you’ll have to plug through all in one sitting, which no one has been required to do since the very first Mega Man.

Speaking of keys, I hope you like playing platformers on a keyboard. Street Fighter X Mega Man technically has gamepad “support” in the loosest sense of the word. I plugged in my Xbox 360 controller and discovered that I couldn’t use the D-pad for movement and that the start button was mapped to the right analog stick click. Really? REALLY!?

There’s an in-game key remapper, but that only works if you enter the game, choose a boss, pause it, and press F2. Even then, it doesn’t allow you to customize everything. Should you choose to use a third-party controller remapper like Xpadder, the game still forces analog stick movement. To play the way I wanted, I had to plug in the controller, set up Xpadder, start the game, use the sticks to select a level, enter the pause menu, then press F1 to switch the device from “gamepad” to “keyboard,” and also remember to repeat those steps in the future if I want to play the game again.

Some levels are very clever and fun, but others are flat and boring. Chun-Li’s stage in particular is just a straight run while dodging cyclists on the road. Other levels are filled with large expanses of nothing. Most egregious, however, is that background assets are often so poorly defined that they clash with the character sprites and their thick, black outlines. There are splashes of artistic genius, but typically the environments come off as crude MS Paint doodles, which makes it difficult to determine which platforms can be stood upon. 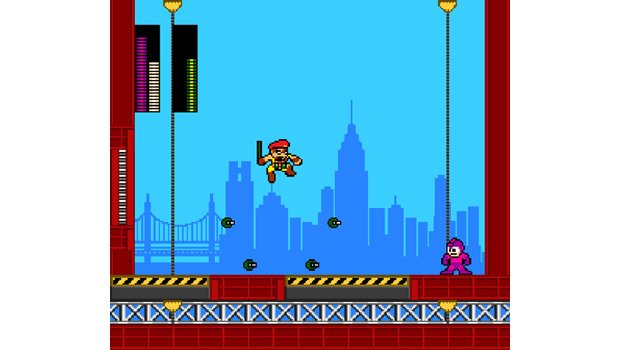 Beyond that, there are tons of little bits that, while nothing super serious on an individual basis, give an impression of sloppy work when taken as a whole. Mega’s jumping is slightly stiff, Mega jumps in front of the life bar rather than behind, items that spawn from defeated airborne enemies drop too quickly, the continue screen doesn’t give you the option to restart from the current level, the “Stage Clear” jingle is played at a volume much lower than the rest of the audio, etc. And why does it seem as though a certain boss was left out of the endgame levels?

Now, I’m not one to knock an honest-to-God passion project by a small team — many of the best games these past few years have been from teams of as few as one lone dude. I wouldn’t mind the shortcomings as much if this particular game had been released quietly without the backing of a massive publisher.

But when Capcom said it would publish Street Fighter X Mega Man, there were promises of extra funding and QA testing, I took that to mean the company was making a concerted effort to bring the game up to the series’ lofty quality standards. Sadly, it does not, and I wonder exactly what Capcom has been doing these last few months. But it’s still a fun game, and it truly does set a precedent for publishers to take a more constructive approach towards passion works from fans.

Street Fighter X Mega Man is not the best or most polished Mega Man game around, but it’s solid effort by a very dedicated fan. I hope it does it well enough to convince Capcom that there is life yet in this franchise. In the meanwhile, just enjoy the crossover fun for its cleverness and not its missteps.