It’s easy, even obnoxious, to be the “You weren’t there maaaan…” guy. No-one likes that guy. But it’s hard to put into words what it was like when Street Fighter II exploded onto the arcade scene back in 1991. It was an absolute phenomenon, one that nobody saw coming.

Seemingly overnight, everyone was thirsty for info of this exciting new fighting title. You’d visit your local arcade weekly, desperately hoping they’d have installed the game. Then whole weekends were spent pumping coins into the cabinet, fueled by an expensive desire to become the most unstoppable in your ‘hood. At that time in the schoolyard, Street Fighter II supremacy was everything.

Once the SNES release was announced, things went into overdrive. People were frantically looking into console mods and the (then-impenetrable) import scene, paying upwards of £200 to get hold of the Japanese release because Fuck PAL. The addiction spread hard and fast. Street Fighter II wasn’t just a video game, it was the video game. In fact, people were calling it the best video game of all time.

It’s been over two decades since then. Capcom’s iconic fighting game franchise has left a plethora of best-selling titles in its wake. Mainline releases, spin-offs, remakes. Hell, even great anime, comics and ill-advised movies and cartoons. Street Fighter is a globally recognised brand, a reputation built on a storied history of quality titles that never forgot the base pleasure of locking two rivals in battle, driven by the desire to become the greatest World Warrior.

Now, some thirty years since the launch of 1987’s Street Fighter, Capcom have released a compilation of the franchise’s mainline ’90s releases. Developed by Digital Eclipse, Street Fighter 30th Anniversary Collection presents a decade of fighting game excellence, all in one neat package. Let’s knuckle up. 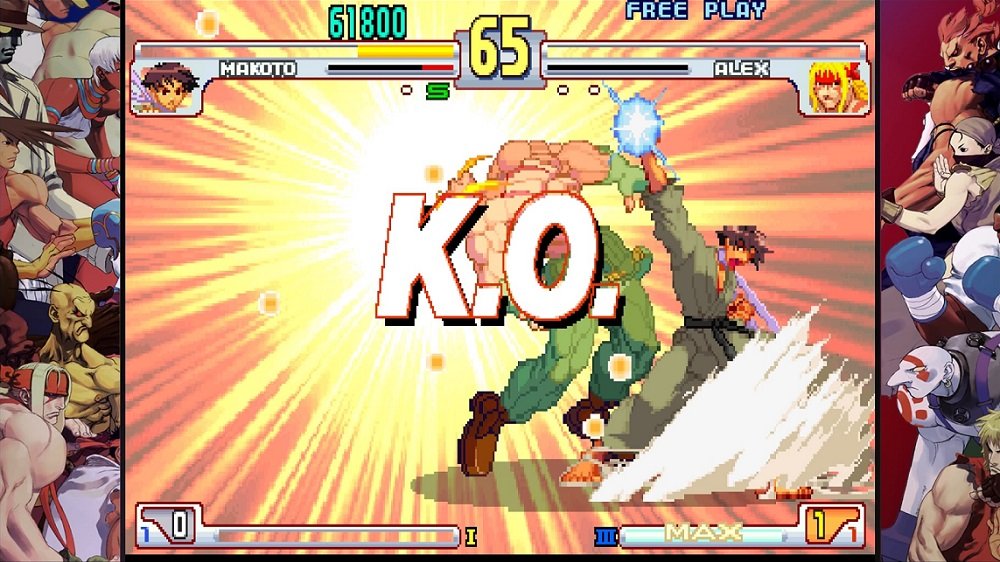 What can be said about these classic fist-fests that hasn’t been said, read or experienced in the decades since their original release? Street Fighter is still terrible, but at least works as an amusing curio of the time, an ever-present reminder of just how much Capcom birthed a genre with its follow-up. SFII, particularly in its SSF2T iteration, remains one of the purest, toughest and, in ways, unashamedly busted fighters to date. Its addictive gameplay, memorable music and nostalgic allure haven’t faltered with age.

The Alpha titles are universally excellent, with gorgeous anime visuals, a varied cast of characters, great stages and an amazing soundtrack. Street Fighter III remains the most hardcore game of the entire series. Deeply technical, with adrenaline-pumping gameplay and a fighting system that is still being explored over two decades later. Many fans declare SFIII: Third Strike not only the best Street Fighter title, but the greatest fighting game of all-time. A bold statement that’s tough to argue.

All of these accolades count for squat if the games haven’t been translated faithfully. I’m very pleased to announce that these arcade ports are as close to perfect as you can get. While fight fans should always remember to take their controllers and displays into consideration when talking lag, all games on SF30 play as crisp as ever. I have friends – who regularly play SSFT2 and Third Strike on arcade hardware that they own – and they appear happy with SF30‘s performance. All games are presented in their original U.S. arcade format, with optional visual filters, screen borders and aspect ratios.

Online functionality is available for four titles in the collection: Street Fighter II Hyper Fighting, Super Street Fighter II Turbo, Street Fighter Alpha 3 and Street Fighter III: Third Strike, (sadly omitting my personal favourite, Alpha 2). Players can brawl in Casual and Ranked Mode, earning (and losing) points to gain colour-based skill belts. Lobbies can be filtered by game, skill level and connection. You can also enjoy Arcade Mode while you wait for your next opponent to step up. I’ve only experienced around thirty fights so far, but they were all lag-free. It isn’t the most intricate online feature, there’s no player ban option, for example, but its serviceable.

Of course, you can’t become Best in the World without practice. At the request of the community, Capcom have implemented a training mode (but sadly, only for the four online titles). This mode features everything you’d expect from most modern fighters, including input display, recordable dummies, blocking options, meter management and more. It’s 2018 and SSF2T has a customisable training mode. What a time to be alive. 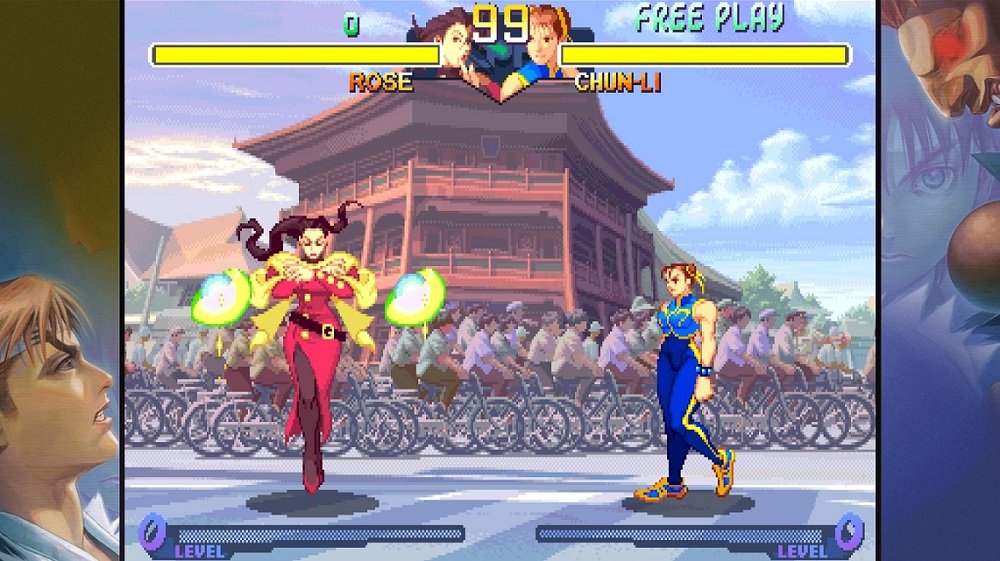 Completing the package is the Museum, featuring original design documents, write-ups on each game, full character profiles, concept art and other visual media from the series. An interactive timeline notes all Street Fighter branded releases up to 2018, containing trivia, secret character codes and other fun facts. A music test lets you peruse all of the games’ classic soundtracks at will.

The content on display here is great, but considering the overall retrospective design of the collection, it could stand to be a little more grandiose. The same goes for SF30‘s overall presentation, which is very bare-bones. It’s a shame we don’t get localisation options, such as the ability to play the Alpha titles under their Japanese Street Fighter Zero name, or with boss characters, such as Balrog, reverted to their original namesakes.

An important, sometimes overlooked, aspect of the release of SF30 is its potential to rejuvenate classic competitive scenes. I’ve been to many Third Strike and SSF2T tournaments in my time, then and now. They’re always insanely hype and here’s hoping that the release of SF30 will bring more players out to these events, no doubt rockin’ O. Sagat with the spirit of ’93 in full effect.

Street Fighter 30th Anniversary Collection brings together some of the greatest fighting games of all time – many of which are still top-tier titles today – complete with slick online gameplay and a fully-featured training mode, all for 40 bucks. Though SF30 doesn’t quite live up to its potential as a comprehensive historical document, ultimately, The Fight is all that matters. In that regard Capcom, some 30 years later, just scored another K.O. We await your return, warrior.