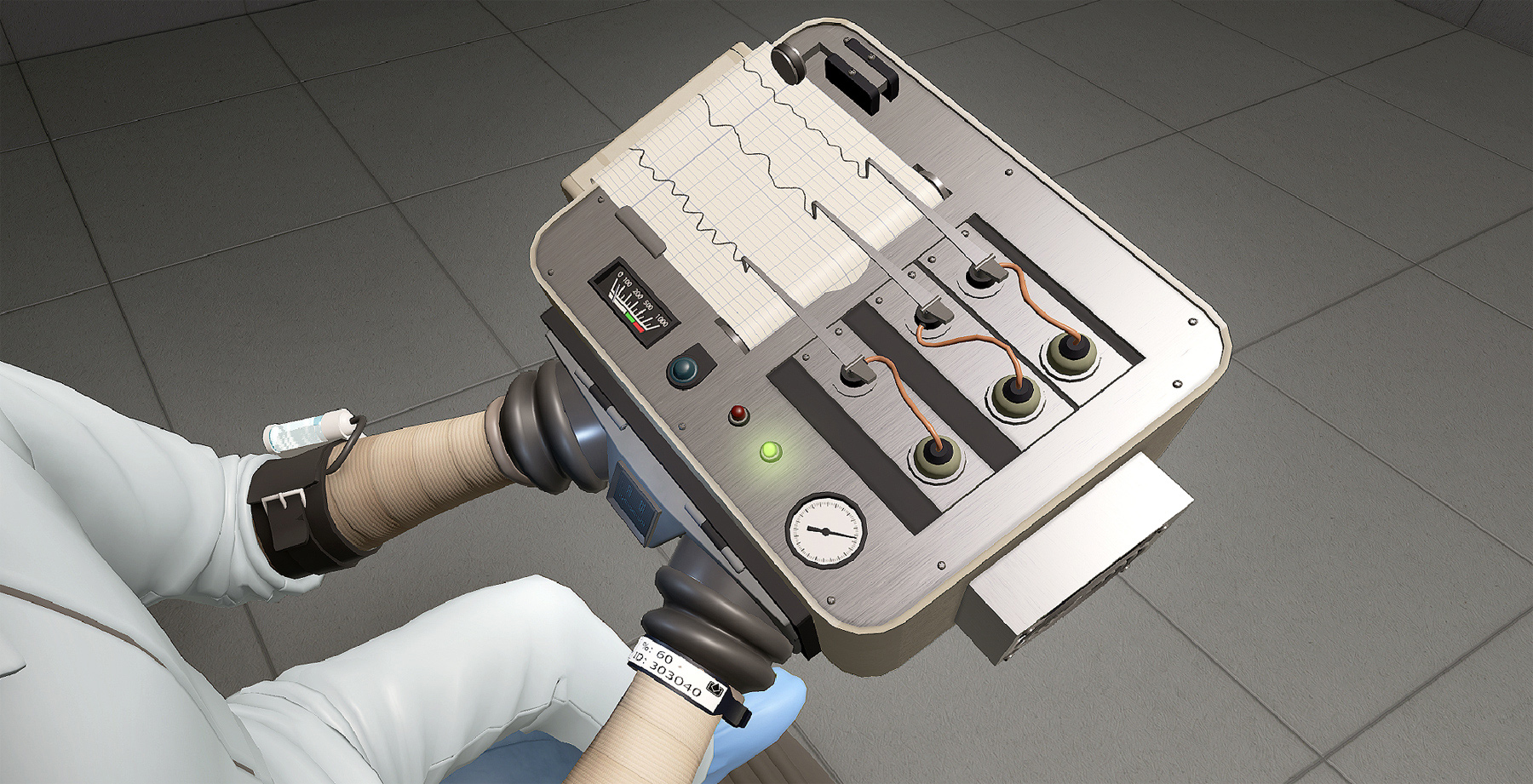 “It’s a lot easier than it looks.”

That’s what I had to keep reminding myself whenever I’d get stuck in Statik, an absorbing new PlayStation VR game in which you wake up handcuffed to various puzzle boxes that appear far more intricate and intimidating than they actually are. It’s all about having the right mindset. One step — hell, one button press — at a time: that’s the key to moving forward and getting out of here.

Statik is a game about discovery. Each main level shackles your hands to unnerving contraptions that function in wildly different ways, and it’s on you to figure out what they do and how to even begin making them do it. Just about the only thing you can be sure of is that sooner or later, you’ll need to use nearly every input on the DualShock 4 to solve your current test of wits and start another.

Developer Tarsier teaches this concept straight away but it can be easy to forget, especially once you’ve made it past the first few scenarios. It’s tough to convey just how well Statik uses the gamepad’s feature set without dipping into spoiler territory. The general idea is that you’ll always be seated; there may or may not be relevant clues in your vaguely Portal-looking surroundings; and each puzzle box has mechanisms you’ll need to tinker with on its left, right, or center. Those are the constants.

Segments might have you you parsing creepy mishmashed audio clips, projecting patterns you’ve gathered and assembled, or playing a sort of rapid-fire pat-your-head-while-rubbing-your-belly-esque brain teaser. Those examples only scratch the surface. Every time I thought I was onto Statik‘s overarching puzzle logic, it found some fresh way to trip me up. And sometimes, it even made me laugh out loud. As a breather between the main levels, there are occasional lightly interactive segments in which your ever-watchful scientist captor asks you bizarre “does that make you happy or sad?” questions. They’re amusing.

Statik also has these odd scenes between levels where you’re floating in a surreal environment and have to somewhat clumsily build a tetromino before you can move on. Although there is a late-game narrative payoff, this stuff isn’t particularly enjoyable or satisfying to go through. I might’ve liked these moments more if I had been invested in peeling back and attempting to decipher the cryptic story, but it never quite managed to grab hold of me.

Still, as much as I found those elements uneven or otherwise unnecessary, Tarsier totally delivered on the puzzle front. (And if you do end up caring about the story, there are deep game-wide secrets to go back and uncover.) For me, the puzzle solutions struck a near-perfect balance in terms of being tricky and satisfying as hell to figure out but never too obscure or unreasonable. This is up there with Keep Talking and Nobody Explodes as one of my most memorable VR experiences.

It’s a testament to Statik‘s inventive puzzle design and clever complementary use of the DualShock 4 and PlayStation VR that even though I didn’t care much for its story or aesthetic, it still won me over big time. If you’re a PlayStation VR owner, you owe it to yourself to look into this game further.