Certain genres are perfect for mindless time-killing as you cleanse your pallet between deeper games. They don’t have to be perfect — they just have to be functional, and moreover, fun. You have expectations going in, adjust accordingly, and can get a whole lot out of a whole little with the right mindset.

The twin-stick shooter is genre is one such example. And man, even with lowered expectations and the right mindset to just sit back and play a mindless game, I still had a hard time really getting into State of Anarchy: Master of Mayhem. 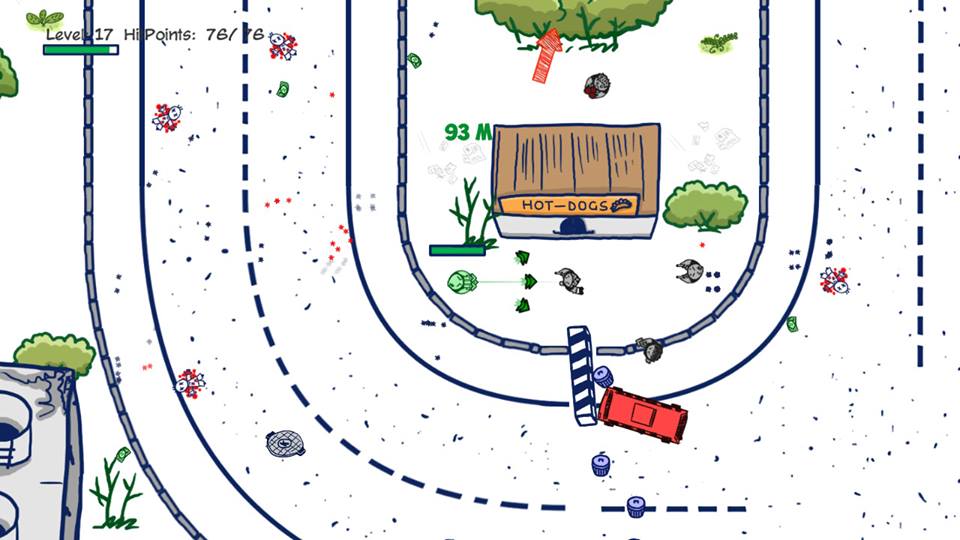 SoA is a very, very straightforward game: You press the start button, select the first stage, and are treated with a brief intro scene giving a seven-second rundown of the plot (something about aliens and getting to the bank). Then you’re off to the campaign, which consists entirely of running outside between indoor locations, fighting a boss, chasing a UFO, fighting them on their alien planet, fighting a boss, piloting a spaceship, and starting all over again. That exact sequence is repeated about eight times throughout the game’s 48 levels. It’s nothing fancy, but as an arcade twin-stick shooter it doesn’t really have to be.

The problems really begin with the minutiae of the game. For starters, the player movement is dreadfully slow. If the spaces were more confined it wouldn’t be as big of a problem, but you’ll spend three out of every five levels either covering the large overworld map traipsing from building to building to get to boss fights, or chasing a UFO while trying to avoid enemies, enemy fire, and obstacles. You can hop in a car to cover the distance in a more timely manner, but then you’re not getting the twin-stick shooting action you showed up for in the first place.

Movement speed included, all of your skills can be upgraded — half with skill points, the other half with money earned from fallen enemies — but even then some of the upgrades are so hilariously minute that it doesn’t seem worth the time or effort. One skill point for a 3 percent increase in speed, or $2,000 for a 1 percent increase to rate of fire is borderline insulting, and it really prevents you from playing out the power fantasy these types of games tend to afford by the end of the campaign.

The game also boasts a ton of different weapons, but the way they’re dished out is infuriating. At the end of each level you’ll get either a new primary or a new secondary weapon. Sometimes you get an awesome weapon, like a laser machine gun or automatic fire grenades. Other times, you’ll get something useless like a machine gun that fires in an S pattern or a “toxic paint” gun. The weapons switch out automatically at the end of each level, and you have no control over what you can keep or leave behind. I felt like the second I got something truly fun to shoot, it was taken away in favor of something that made the game both tougher and less fun to play. 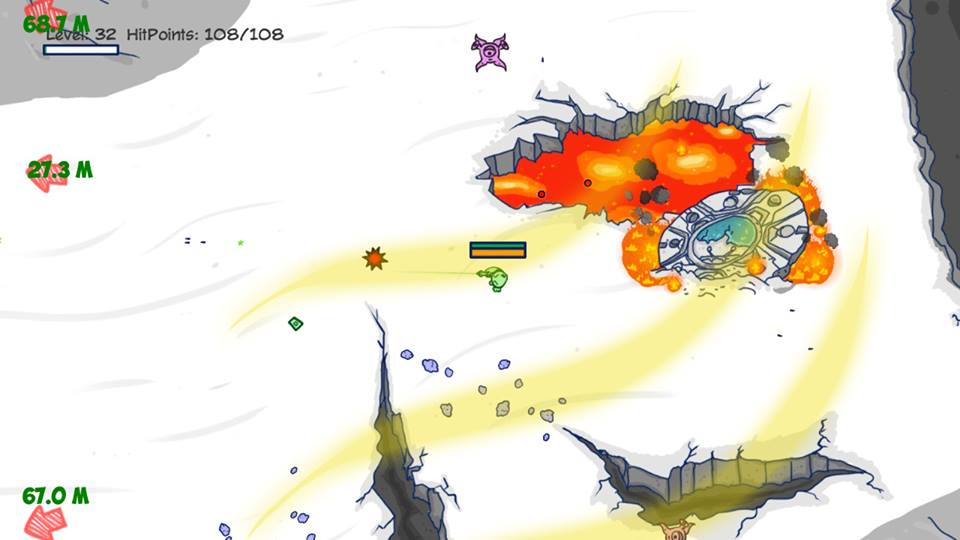 That said, the odd upgrade system and unpredictable weapon loadouts actually made the game pretty challenging throughout the entire campaign. I never felt like it was too easy, and I never really felt like I died from the game being cheap. As you gain upgrades in very small increments, so does the AI which made for a game I found myself wanting to continue playing despite its flaws.

The visuals don’t quite hold up as well throughout the 48 levels. They start out with a certain charming allure as you meander through the hand-drawn streets and building, but by the second level loop you’ll have already seen everything it has to offer. The mostly black-and-white pallete has some nice moments when the sparse colors really pop, but you’ll spend most of your time looking at the same colorless world over and over. What’s worse is certain interior decorations get in the way as you play; you’ll be running (slowly) and gunning and get caught up on an office chair that you can’t simply run through because it bled in with your player model. Add in some sound effects that sound like they were recorded with a broken iPhone 2, and you’ve got a presentation that really doesn’t do the game many favors. 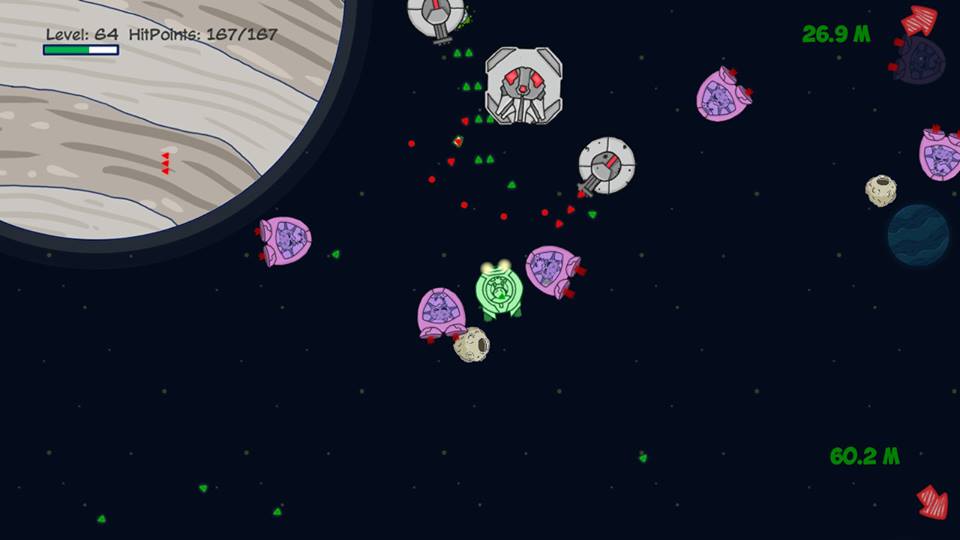 All of these issues make for a game that can be fun to play at times, and borderline boring at others; when the stars, weapons, and power-ups align it can be the former as you mow down wave after wave of cannon fodder, but when the flaws work against it you can go through several levels trying to game the system in your favor just to get things to work. Some clear vision of a weapons upgrade system or a character progression would have helped things out greatly, as the core gameplay is fine — but man, all the ups and downs of the various systems really start to grate as the game goes along.

State of Anarchy: Master of Mayhem is a decent twin-stick shooter that more or less works in function and fun, but has many setbacks that prevent it from being anything other than a middling affair. It’s certainly not a bad way to get some light arcade action, but you’ll hardly feel like you’ve mastered any mayhem by the end.