If it’s any indication of how I feel about this game, I wrote this review two days later than I theoretically could have just because I wanted to keep playing it. I also took three breaks while actually writing it to go play some more. Sure, it could have gone up Friday, but I decided to spend the entire weekend playing it, just to be safe.

It’s been almost twelve years since we got Brood War, and the original StarCraft still remains insanely popular. StarCraft II is a fantastic reminder of why we loved StarCraft so much in the first place, and a guarantee that StarCraft is going to stay popular for a long, long time.

In case you couldn’t tell, I really like this game. 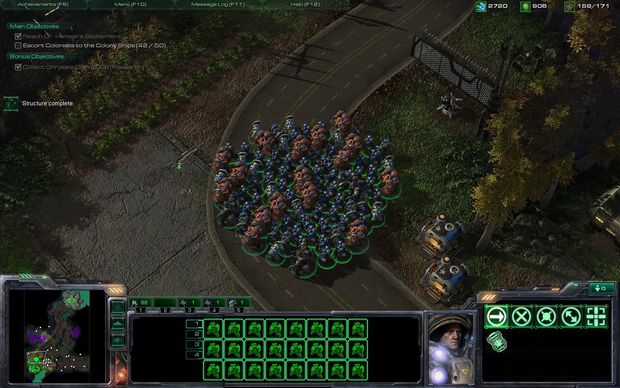 Simply put, StarCraft II takes everything that was great about the first game, gives it a wonderful new upgrade, and tacks on some extra features that serve as a bonus to an already-solid product. If you are completely unfamiliar with StarCraft, I don’t know if there’s any hope for you. Rather than waste space trying to explain the entire concept of the game, I’m going to assume that everyone has some level of familiarity with StarCraft, or at the very least the real-time strategy genre. With that settled, I’m moving on to the single-player.

With 29 missions in all, the StarCraft II single-player feels robust, and the missions are varied enough that the game never feels stale. No two missions are alike, and in fact almost all have very, very different objectives. While there are still one or two standard “Build up your base, kill the bad guys” type of missions, most offer totally unique challenges and some really inventive level design. The addition of branching mission paths, achievements, a secret hidden mission, and (even the ability to play as the Protoss for a few levels) kept me doing “just one more mission” long after I should have gone to bed.

Aside from what I just mentioned above, StarCraft II introduces a number of significant changes to the structure of the single-player campaign. The game has introduced a hub in between missions, either Mar Sara or your ship depending on how far into the game you are, and most of the new campaign changes are related to this new area. After completing missions, you can wander around your ship and talk to an assortment of characters, all who have something to say based on the mission you just completed. Much of what they say is relatively insignificant, but there are some interesting lore items buried in crew member conversations and news broadcasts.

As you play through the game, you’ll earn credits for most of the missions you complete. These credits can be used for two things. The first is hiring mercenaries, who are special versions of normal units that are stronger, more expensive, build instantly, and can only be called down a limited number of times. You can also use your credits to purchase upgrades for specific units and structures — things like giving them an area of effect attack, upping their damage, or giving them more health. There are not enough credits to buy everything available, so you’ll have to make some choices about which upgrades and mercenaries are best suited to your play style.

As you go through the missions, you’ll also see that many of them have secondary objectives, and these extra missions usually involve you collecting either Zerg or Protoss research items, which can then be used back on your ship to unlock technological advancements. Unlike the unit upgrades, the tech unlocks are usually new units and buildings entirely, or are abilities that dramatically up your efficiency, like the ability to instantly build supply depots. For every five tech points you collect for either Zerg or Protoss, you get the option of choosing between two upgrades. Once you make your choice, however, the one you didn’t choose is locked out for the rest of the game. As if the missions weren’t addicting enough, I found myself very seriously considering starting a second campaign game before I finally wrote this review to try out the other tech items and upgrades I didn’t previously buy from the armory.

I did have a couple minor issues with some aspects of the single-player. Once you head off to complete the final three missions, you can’t return to your ship again, which means no more upgrades or tech advancement. It also means that, if you missed completing any missions (particularly the secret mission) before landing on Char, you can’t go back. Upon completion of the game, your save has access to the full mission replay screen, but it still only contains the missions you actually played through. If you missed a set of missions, you’ll have to revert to an older save file, and then replay through the final three missions again. While the game does give you the ability to play the alternative missions you missed in the branching path choices, I would have liked if, upon completion, there would have been a way to grab the two regular missions I accidentally overlooked.

I also felt that the story, while decent, wasn’t spectacular. This is probably because I’m comparing it to the polish and shine of the rest of the game, but it felt like it was slightly lacking. What could have been a decent twist at the end was at least partially spoiled by the opening cinematics, and I do have to admit that I felt some of the dialogue between the characters felt a bit forced and unnatural. The ending also feels rather short and abrupt — what happens is cool, but I wish the ending had explored the aftermath a bit more.  Again, the story isn’t bad by any means, but it’s definitely not the highlight of the single-player section of the game. 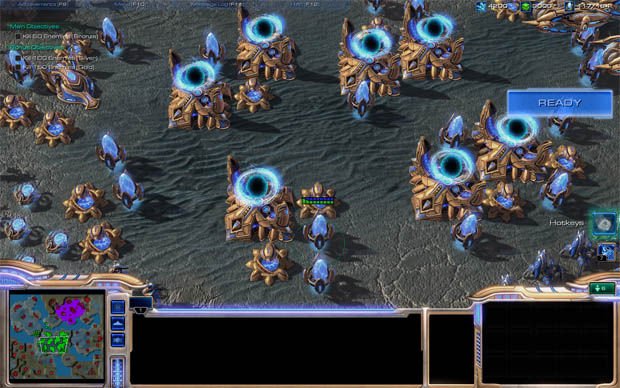 StarCraft II also introduces challenges to the single-player mode: short, objective-based scenarios designed to teach you fundamental aspects of the game that are critical for success in multiplayer. Going through the challenges will help teach you what units counter what, how to effectively use hotkeys, how to best utilize unit abilities, and even how to prevent rushes. While I don’t think people will be spending a ton of time in the challenges, it’s a nice inclusion and a helpful tool for beginning to intermediate StarCraft players.

The multiplayer is pretty much what you saw in the open beta — perfectly balanced, tons of fun, and insanely addictive. The new Battle.net brings a lot of features to the table that really streamline the experience — competitive ladders, a pretty solid matchmaking system, an in game chat system that works reasonably well (although it falls a little bit short of the standard set by Steam), and, one of my favorite additions, the ability to search through all your Facebook friends for Battle.net accounts and add them, WITHOUT spamming crap all over your wall.

Also, be expecting some pretty cool stuff in the Custom Game area. Already, you can jump into a custom map and see a whole variety of cool game types and game modes people have made, from tower defense to RPG-like games. As time goes on, I’m betting we’ll see some really solid stuff come out from the mod/mapmaking community. 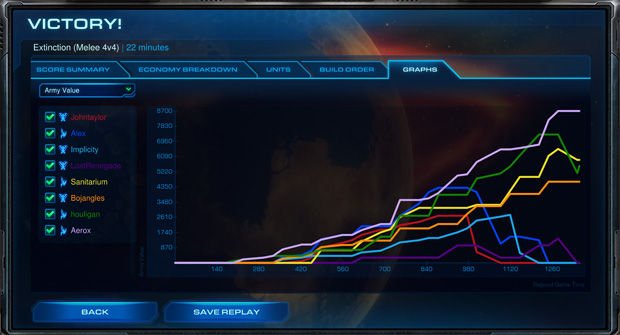 One feature I do NOT like about the new multiplayer is the inability to play with people on other continents. The decision to remove LAN was one thing — I know a lot of people are really upset about it, and I understand why they would be mad, but I didn’t feel personally affected by it since I haven’t been to a LAN party in years and a significant portion of my gaming friends don’t live near me anyway. I do have a lot of friends in Europe though, and not being able to play StarCraft II with them is pretty lame. Hopefully this restriction is removed in the near future, but regardless this stood out as a striking negative point for me.

Many have complained (prior to release) that StarCraft II was only going to be “1/3 of a game”, because the campaign only tells the Terran story. Having completed the single player, I’m pretty confident that no one is going to complete it and feel like they got ripped off, and that’s not even counting the multiplayer, which is where people will likely spend a lot of time. I’m not thrilled about the fact the game is priced at $60 and not $50, but when it’s all said and done, I will confidently say that StarCraft II is worth $60.

Somehow, Blizzard has managed to make StarCraft II feel instantly familiar, while still keeping the entire game feeling fresh and new. The single-player is ridiculously fun, the multiplayer is as addictive as hell, and virtually every new mechanic Blizzard has introduced has helped to improve the game. There are some minor flaws that prevent the game from being completely perfect, but I can guarantee right now that StarCraft II is going to be one of the best games released this year.