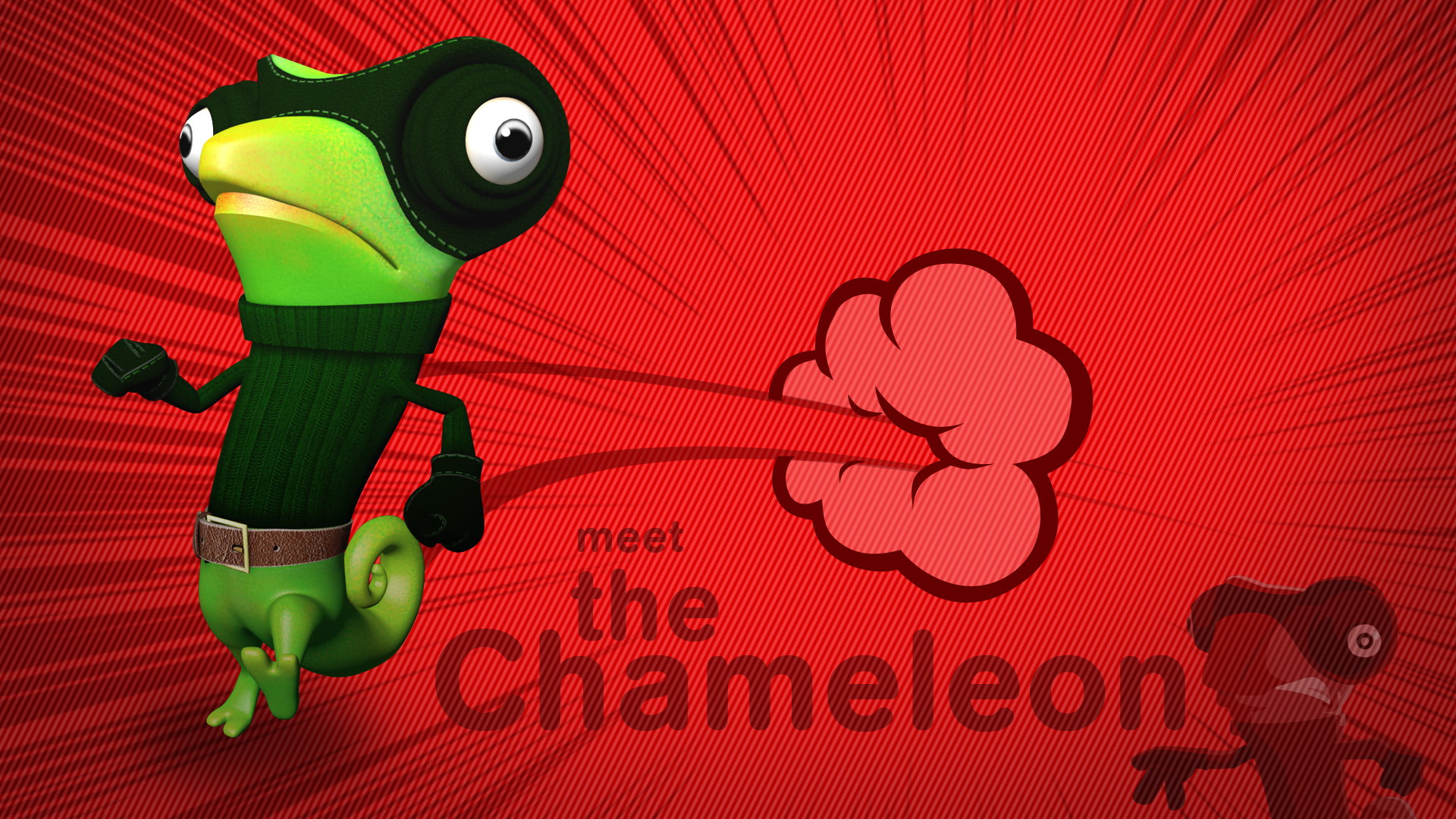 Spy Chameleon, recently released on Xbox One, delivers a cute, goofy-looking lizard lead of the green variety being crassly cupped by a mediocre game. This is not the return of the lizard men.

Spy Chameleon is a puzzle game with stealth flavorings that does one thing right. Its chameleon character changes colors in accordance with the four face buttons on an average Xbox 360 controller. To that end, I have no idea how it made it to Wii U before Xbox One. The palette swap ability is used for hiding in plain sight from both sweeping and stationary enemy vision cones.

The cute mascot character works well with the colored rugs that adorn the first set of missions. Collectible flies lead you towards the best path for completing a level and you’re rewarded for nabbing them all and coming in under time. A third chore is added once you’ve completed a level; you can go back and collect all the newly added ladybugs, too. In this retreading for things to do is Spy Chameleon‘s obvious flaw, which is that it is slight and tries to hide it. But it’s not a good enough stealth game for that.

The consistent aesthetic, albeit somewhat bare and not as lovingly detailed as the lead character, of the first mission gives way to repetitive, steel lab environments with mouse enemies and light-up floors that work against the jaunty Dreamworks lead. After those segments drag on, it tries to pick up, hurriedly introducing a few new mechanics (file cabinets to move and hide behind, paint cans to knock over, patrolling enemies you can eat from behind) and it just feels unfocused. The Metal Gear Solid cardboard box doesn’t feel like an earned homage, just a disconnected reference.

Spy Chameleon is a short game that feels too long. It’s one good idea not fully realized and a reptilian mascot who deserves another shot.