Sex, souls, and swords; it’s hard not to find one of these pressed in your face during a heated SoulCalibur V battle, or at the very least when gazing upon the game’s Japanese marketing.

We are all aware, by now, that sex sells, which is something the series has always dripped with. From its scantly clad woman to the chiseled bodies of its brutes, each entry in the series has been as aesthetically tantalizing as a Victoria’s Secret fashion show and SoulCalibur V is no different. 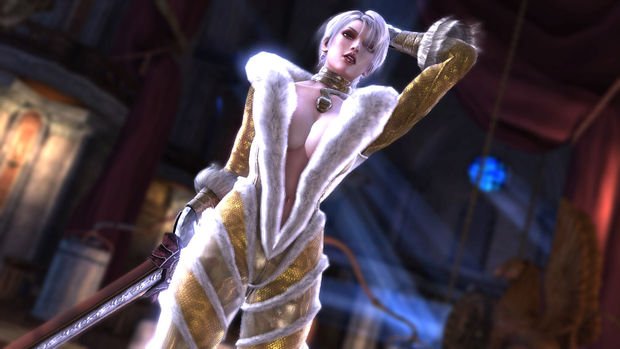 Anyone that has been following the progression of SoulCalibur V knows the latest takes place 17 years after the events of IV. If there’s one thing the series has always done better than any other fighting game, it’s creating a reason that’s more than the typical tournament scenario — no matter how convoluted it might end up — for its fighters to come together and beat the tar out of each other.

Taking a page out of the Mortal Kombat storybook, SoulCalibur V pens a more focused and concise narrative that does away with the confusing multiple storylines that plagues many fighting games. What is presented instead is a deeper, more meaningful telling of the relationship between Patroklos and Pyrrha Alexandra (children of series staple Sophitia) and the conflict each must face when the legendary Soul Blade and Soul Edge are set to drive more than their family apart. While it only takes a few hours to complete the journey, enhanced through in-game cutscenes and narrated hand drawn sketches, it is well put together and honestly something I was completely hooked on until the final blow was struck. 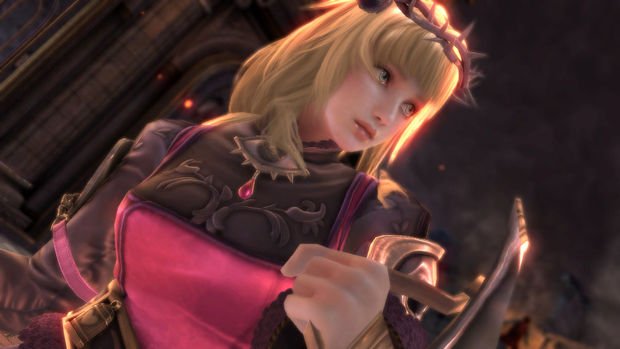 As well put together as the story is, it’s also the game’s weakest feature. Project Soul is to be commended for delivering something that actually carries weight, though casual fans might be a little let down to know only a handful of the game’s roster carry any actual meaning to the events that take place.

Granted, this wouldn’t be that upsetting to most people had there still been individual stories for each character in the game’s Arcade mode. Unfortunately, that is not the case, and characters like Mitsurugi, Hilde, and special guest character Ezio (of Assassin’s Creed fame) are merely there to flesh out the versus roster. Personally, the lack of individual stories is of no consequence as it can be a chore to play through the game multiple times to unlock a full cast — something the game keeps to a minimum with 21 of the 27 available fighters available right from the start — but for players looking for an in-depth single-player experience, they may be a little disappointed. 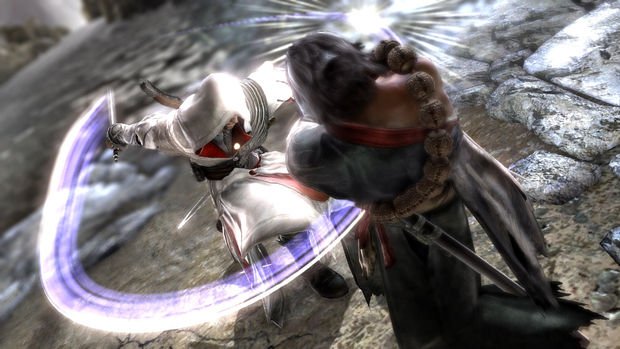 Along with the main story and Arcade mode — which can be separated by European and Asian born fighters now — there is also a Quick Battle and Legendary Souls mode. Quick Battle is where most players will want to spend their offline experience — besides the excellent training mode — as it allows easy access to varying degrees of enemy AI to train against, as well as collect new titles (think vanity plates) to show off online. Legendary Souls, on the other hand, is for the masochistic types, as it is brutally unforgiving with its punishing difficulty. Even though I still haven’t beaten this mode, the AI is very impressive and never feels cheap. They use real setups and deliver high-damaging combos that I sadly lack the skill to avoid, but it inspires me nonetheless to be a stronger fighter.

While there is a moderate amount of content to play offline, Namco’s latest lacks a truly proper evolution of its RPG-esque modes that have come to be synonymous with the franchise. SoulCalibur IV had the tower challenge, which put fighters in unique and challenging combat situations and rewarded their success with items for the game’s character creator, while SoulCalibur V instead rewards players regardless of the mode with an overall player level. 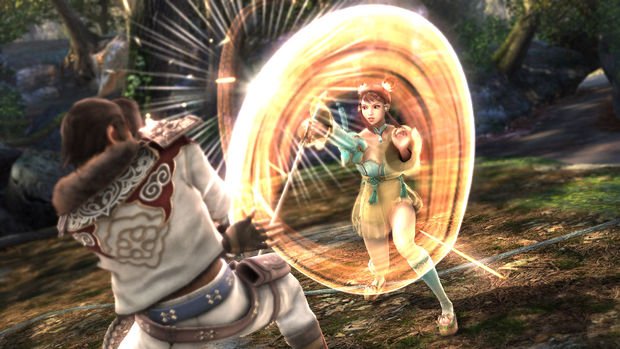 As players progress in levels, they automatically unlock new gear for the much-improved character creator. While the omission of a new challenge mode is surprising, the fact that I can obtain new gear by playing any mode I want more than makes up for it. Fighting games should be about the fighting, especially with living, breathing opponents. So the less time I have to meddle in another mode, the better.

Now people may be inclined to blame the single-player’s shortcomings on it being a potential rush job (as its release window was set in stone close to a year ago) and that may be true. Regardless, the truth is mainly insignificant as it boasts the most refined and polished gameplay seen in the series since SoulCalibur II — something way more important than any number of single-player modes. 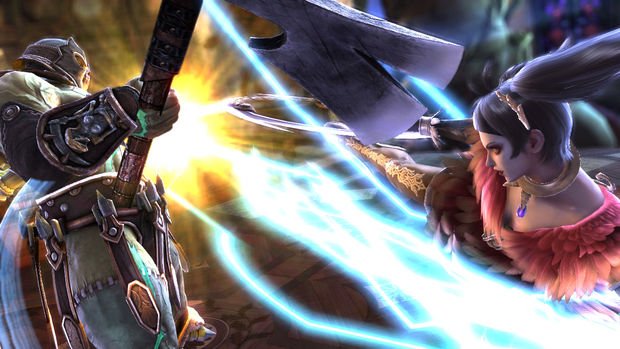 Speed was a big part of why my friends and I enjoyed the second installment, and SoulCalibur V captures its essence perfectly with some new and refined additions. The Quick Step, Just Guard, and Guard Impact add plenty of options for the defensive-minded player, while the new Brave and Critical edge attacks open up strategies for dealing out punishing damage. It doesn’t take long to become acquainted with the new features, so veterans and newcomers alike will quickly be implementing these skills into their fighting repertoires.

What SoulCalibur V lacks in its offline modes it more than makes up for with a solid online showing. All the standards, such as ranked play and a six-player lobby system, are to be found. The lobby system is exceptionally smooth, with its live-stream like setup. Players waiting can view each ongoing match in a windowed mode, allowing them to continue to text chat with those without a mic, or blow it up full screen to enjoy every inch of the action. It’s a simple touch like this that goes a long way in making the experience more personal — additionally strengthened by the reliant and predominantly lag-free gameplay. 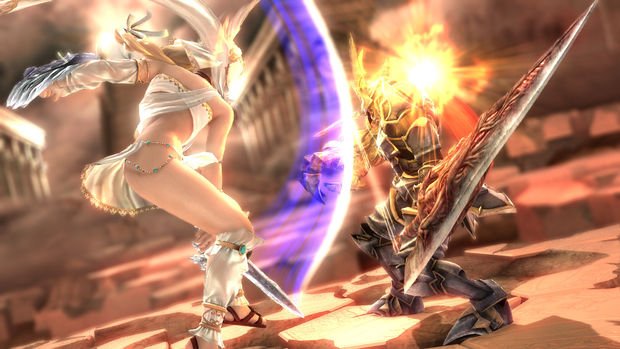 The most unique online feature would have to be its Global Colosseo mode. In this mode, lobbies are first designated by regions (North and Central American, Europe, and the Middle East to name a few), then further separated by zones. Once a lobby is selected, players can enter tournaments, random lobbies, and can even directly chat with players waiting to setup other lobbies or make new friends/rivals. It’s fairly simple in its execution, but offers more variety for players to become part of a fighting community and not just bounce from random matches all day long.

SoulCalibur V does as much right as it does wrong when it comes to delivering the perfect fighting game package. While the single-player portion is riddled with the absence of modes that made the series what it is today, its most important aspect — well balanced gameplay — far exceeds my expectations. I wanted to have this review done by the time the game launched, but after waiting for the online to be filled with fresh opponents, it became difficult to stop wanting to play one more game. A true testament to just how important gameplay is over the inclusions of extra modes and is the main reason why SoulCalibur V is this year’s first must play title.