Additionally, its console iterations included console specific guest characters: The Legend of Zelda’s Link on GameCube; comic book icon Spawn on Xbox; and from Namco’s other 3D fighter Tekken, Heihachi Mishima on the PS2. It was unprecedented at the time, so much so that it caused quite a commotion amongst fanboys as they clamored which system had it best.

But how do you improve a game that already borders on perfection? Is it even humanly possible? Can the jump to HD and the inclusion of online instill the same passion in fans that fueled Soulcalibur II all those years ago? To me, these are the questions Namco and the team at Project Soul were faced with when they announced Soulcalibur II HD Online for XBLA and PSN earlier this year — an update to a game that set the gold standard for the series. 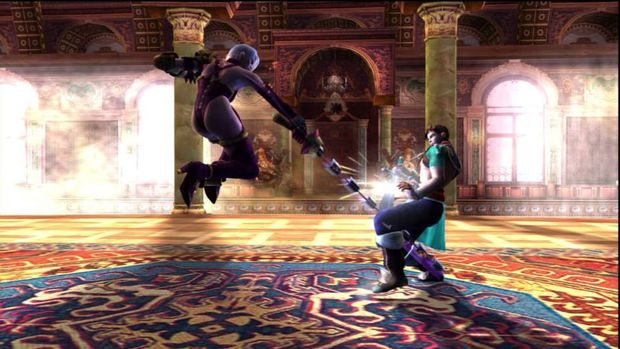 Soulcalibur II HD Online is visually breathtaking. It’s so impressive that a newcomer might not know this is actually a high definition update to a nearly 10-year-old game. In fact, I had to go grab my copy of Soulcalibur V just to remember how far we’ve come in the graphics department since the original.

From the lighting to the textures that permeate each arena, this is how an HD update should be handled. Everything, aside from some last, last-gen hair physics, holds up and looks fantastic. The Soulcalibur series has always radiated a sense of beauty — from the outlandishly ornate costumes, down to its buxom and chiseled fighters — but this HD remake is a true testament to the game’s art style, as rarely do polygonal based games of this age hold up so well.

Unfortunately, the other addition to the remake’s title, “online,” leaves much to be desired. For starters, Soulcalibur II HD Online’s online mode is about as minimal as it gets, offering a mere two modes: ranked and player match. Ranked mode is typical to the genre, allowing players to duke it out in attempts to improve their overall online rankings.

Player match, on the other hand — a mode for casual fights — is severely lacking some rudimentary features found in most fighters. There are no lobbies to join and no spectator mode to watch; it just drops you into a fight then boots you straight back to the main menu once it’s over. If you want to spend a long night fighting with a friend online, be ready to have to constantly recreate private matches and then invite them again over and over. Worse, without lobbies, there is no way to have multiple friends queued up for an endless night of fun. 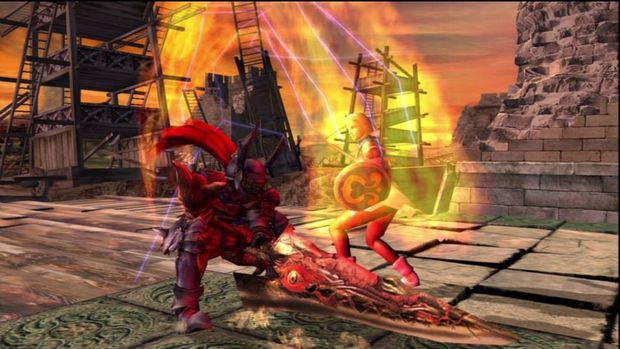 I’m not sure what the logic was for omitting simple lobbies from the online mode, but it’s a huge misstep. Soulcalibur II’s heart lies not just in its competitive nature, but also in its ability to create a fun nights with friends. To not be able to share the same experience online with friends, in this day and age, is a tragedy.

These exclusions are even more unfortunate as the online gameplay itself isn’t very good. There is a ton of input lag that is highly noticeable for competitive players. Sure, it might only be milliseconds, but that can make all the difference in executing a successful parry, block, or combo string. My time in rank matches bordered on frustration as I constantly fell to the slew of Talim and Taki players (the game’s quickest characters) that I ran across. With a game so clearly focused on ranked matches, having fights boil down to who can mash the fastest will clearly disappoint devoted fans once the nostalgia high comes crashing down. 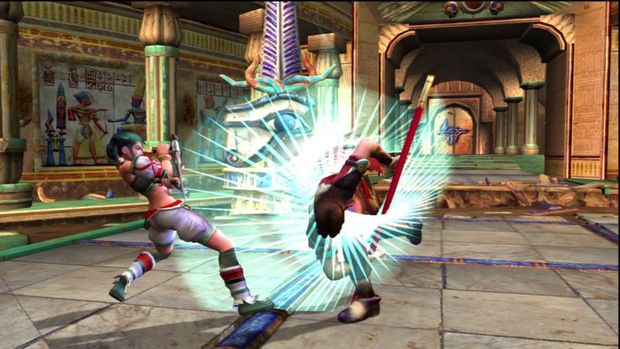 For casual play, the connection is adequate with rarely any actual slowdown (as long as you are fighting someone in relative proximity to where you live), but there is still much room to improve. Soulcalibur IV’s online suffered from the same fate, which is the reason why so many stopped playing long before the series’ fifth installment. Hopefully, the folks at Namco are working on a patch, but with a release this late in the Xbox 360 and PS3’s lifespan, I wouldn’t count on it.

If online isn’t your cup of tea though, the rest of Soulcalibur II HD Online serves up enough delicious morsels to make it worth your while. As I previously mentioned, when Soulcalibur II first graced consoles many, many moons ago, it was the envy of every arcade-to-home conversion. Packed in the game was a plethora of diverse modes and bonuses to keep even the most casual of fighting game players engaged for countless hours and this HD upgrade contains them all intact (Well almost, as while Spawn and Heihachi are here, Link sadly didn’t make the cut). 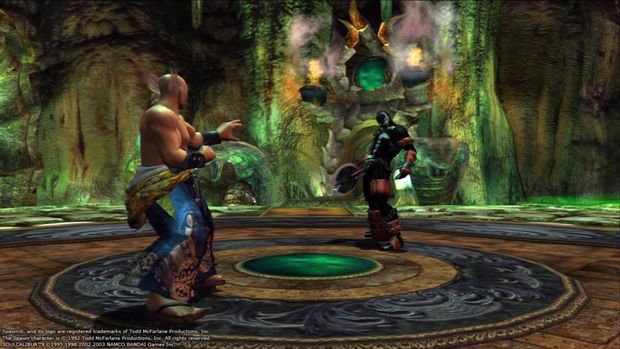 Aside from the standard arcade and versus modes, there are survival, team battle, time attack, training, and a brilliant RPG-esque outing known as “Weapon Master Mode.” Weapon Master Mode is where players will spend the majority of their single-player time, as it the easiest way to unlock and purchase new costumes, weapons, arenas, special modes (like the Weapon Exhibition theater), and the games remaining characters. And though it may seem like a chore, by today’s fighting game standards to have to unlock a good portion of the roster (something I had hoped wouldn’t have been the case for online play), Weapon Master Mode’s fun twist on the base Soulcalibur gameplay — many of the missions require battles happen under extreme circumstances such as fighting while poisoned or over deadly quicksand — makes it all worth the energy.

Soulcalibur II HD Online is a nearly flawless update of a decade old title. While it’s unfortunate that the online mode isn’t nearly as polished as the rest of the game, the true soul of the game has never looked so beautiful. Hopefully Namco works out the kinks in the netcode, but even with its shortcomings there is more than enough game here to warrant another go with this fighting game classic.