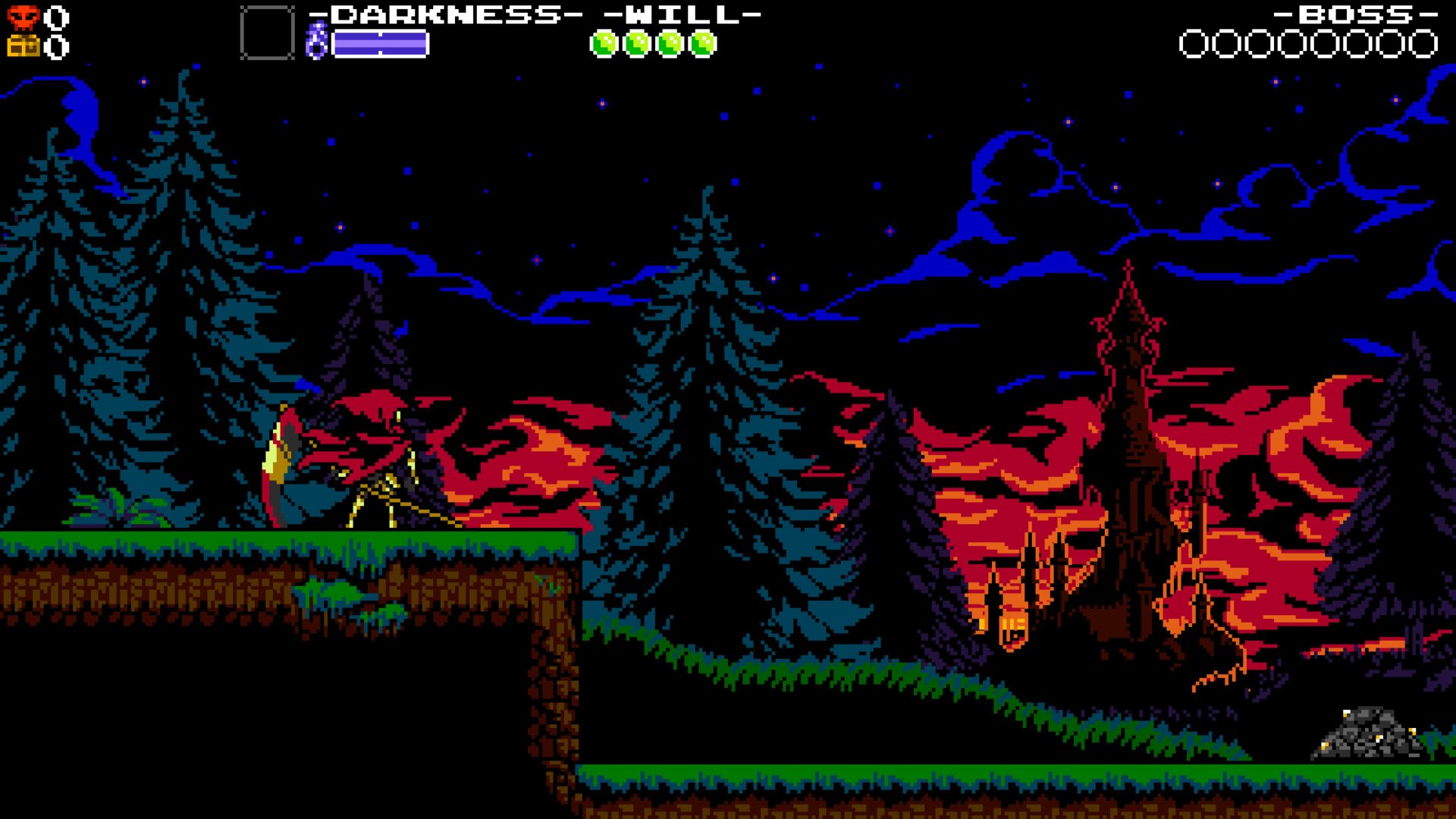 I had to do a double take when I looked back at my original Shovel Knight review.

It has somehow remained relevant for nearly three years through constant updates from developer Yacht Club Games, and it’s not done yet. While Yacht Club has confirmed that it is working on another project, we still have one more expansion to go (King Knight) as well as several more modes that were promised in the original Kickstarter campaign.

But for now we have the Switch timed exclusive of Specter of Torment, which I played early on PC (I know).

If you wanted a more personal focus after the narrative-light Plague of Shadows campaign, Specter of Torment is your huckleberry. It not only sets up the entire story as a prequel for the war between Shovel Knight and The Order of No Quarter — it’s also a prequel for Specter Knight’s tale in general. There’s playable glimpses into his past, revelations, and tie-ins to the proper campaign. Yacht Club also gets the chance to do a few more retro homages it didn’t get to cover already, like an on-rails Donkey Kong Country minecart bit. It’s all very fleeting, but it’s the best story so far, and a real tease for how much the studio has progressed with its writing.

There’s a little less bravado elsewhere, which might be a good thing if you’re done with the world map after seeing it twice already. Torment takes place in a single small hub (with the token Easter eggs and vendors), and a level select system by way of a magic mirror. At first I liked how cut and dried it was, but I couldn’t help but pine for an all-new map with all-new locations. Maybe we’ll get that with the upcoming expansion?

I mean, don’t get me wrong. Each level, while re-treading on the same themes and bosses, is remixed and custom-tailored with Specter Knight’s abilities in mind. It’s worth that third playthrough in a heartbeat, and there are some new enemy types, with several slightly new boss mechanics. Any feeling of familiarity also melts away when you’re confronted by the master-crafted level design, and start to get into the groove of what Specter can do.

With upward and downward slashes that allow him to almost stay in the air indefinitely, he operates a lot like a fighting game character. Running up walls works so well in tandem with his kit too, driving the point home that he never really should sit still and operates best while off the ground. Recharging mana through killing is just another way that Yacht Club pushes you subtly towards a new playstyle, as do the “Curios,” another form of magical items, and the new armor pieces, like one outfit that lets you grind anywhere you please on your scythe like Jet Set Radio.

Yacht Club is just damn good at what it does — possibly the best in the industry right now. Nearly every board fits together like a tapestry, and culminates in a memorable boss battle. Whereas a lot of other recent retro games have so much fat dripping off the plate, the Shovel Knight (series, at this point) campaigns keep you playing “just one more level” until before you know it, you’re starting a New Game+ playthrough.

Shovel Knight: Specter of Torment is worth picking up on its own, but you should really just get the total package and play through all three campaigns. They each offer something unique like a Vegas buffet, and coincidentally enough the new price point of the Treasure Trove edition matches up.