The Short Peace project was born out a desire to unite some of Japan’s most talented artists and tell stories about the country’s past, present, and a possible future. The result is a lovely bouquet of action, romance, and social commentary, a collection of four animated short films that are thought-provoking, gorgeous, and brilliant in just about every way.

The anthology also includes a game, Ranko Tsukigime’s Longest Day, a modest collaboration between Grasshopper Manufacture and Tokyo Jungle studio Cripsy’s that seems doomed to live in the shadow of greatness. 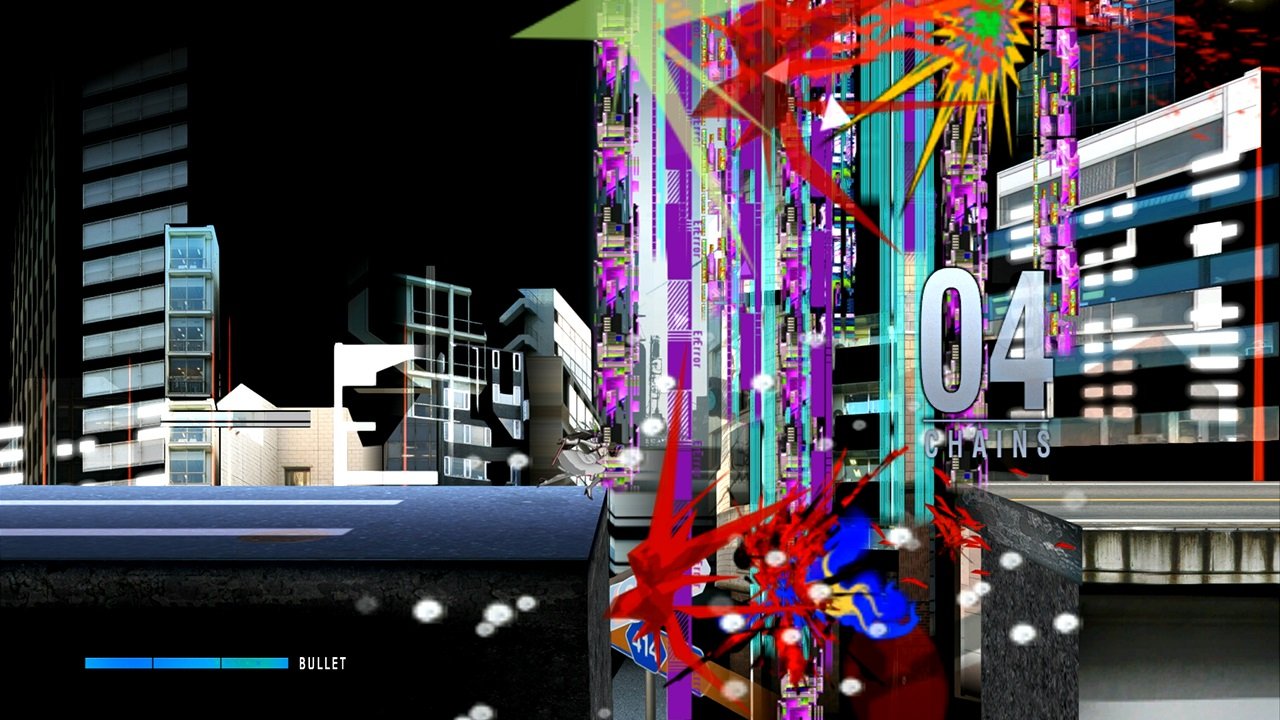 Ranko Tsukigime is just a typical high school girl, you know, apart from the fact she moonlights as an assassin. There’s also the tiny detail of her living in an elaborate series of shipping containers strewn about an automated parking garage. Oh, and she’s plotting to avenge her late mother by killing her dear old dad. And that’s really just the part of the story that makes sense.

The narrative has an intriguing premise, but quickly devolves into an overblown pastiche of Japanese pop culture, one less interested in telling a coherent tale than paying homage to a wide variety of contemporary media. It punctuates gameplay segments with cutscenes that constantly shift in both animation style and tone, coalescing into a disconcerting mess that serves to impart confusion more so than anything.

However, even in its most absurd moments, Ranko Tsukigime’s Longest Day is grounded in a pretty straightforward platforming experience. Literally. It’s all about running and jumping and sliding. The game impels you to hurtle toward the finish line, lest risk seeing our eponymous heroine get killed by the enigmatic forces that pursue her.

Ranko Tsukigime’s Longest Day is essentially a game of tag, and the objective is not to get caught. It can be a challenge, though, as you will need to traverse a variety of obstacle courses where a few small missteps can spell death. There’s an ever-present stalker snipping at Ranko’s heels just waiting for you to slip up so it can close the distance and pounce on her.

Luckily, Ranko is equipped with a gun to help keep her attackers at bay. A single shot will give you some breathing room, momentarily stunning the malevolent spirits or giant Pomeranian (yes, really) in the rear-view mirror long enough to build some momentum. Ammunition is limited, though, and the only way to replenish it is by slashing lesser enemies to ribbons. Eliminating these potential speed bumps also has the added bonus of creating eye-catching explosions of color.

The developers attempt to shake up the experience by scattering collectibles throughout the levels, inviting players to risk death for a chance to unlock character art and new costumes. There’s also a few boss fights to buoy the standard levels, including a a shoot-’em-up duel with a dragon and an retro-inspired fight against an army luchadores. 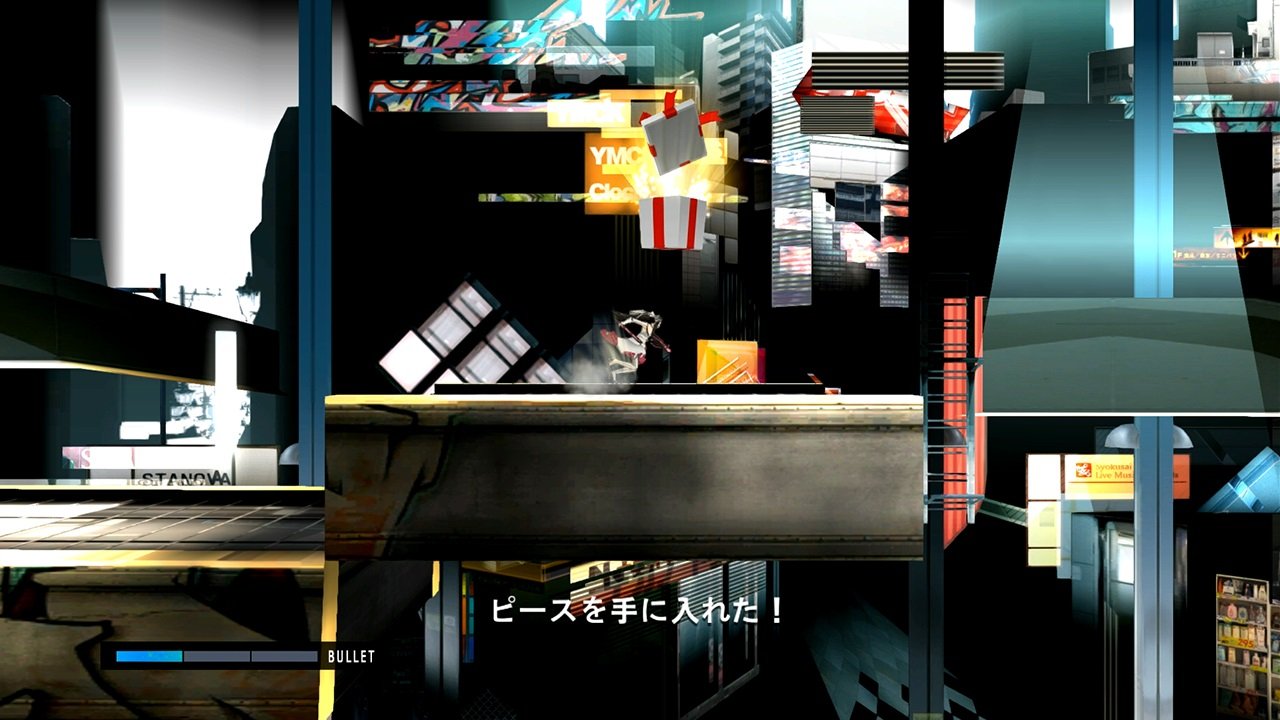 You’ll see everything Ranko Tsukugime’s Longest Day has to offer within the space of an hour, making the game a poor value proposition. Even considering its arcade-like nature and the fact it comes tethered with the Short Peace films, it’s a hard sell. It’s tough to envision many folks getting their money’s worth or recommend this over picking up the movies on Blu-ray.

Ranko Tsukugime’s Longest Day is a vibrant, scatterbrained thing that seems far more intent on creating a spectacle than a compelling story or gameplay experience. It’s bizarre and abstract, even by Grasshopper Manufacture standards, and still winds up feeling lackluster. It doesn’t have many glaring faults, but there just aren’t a lot of reasons to fall in love with the game either.