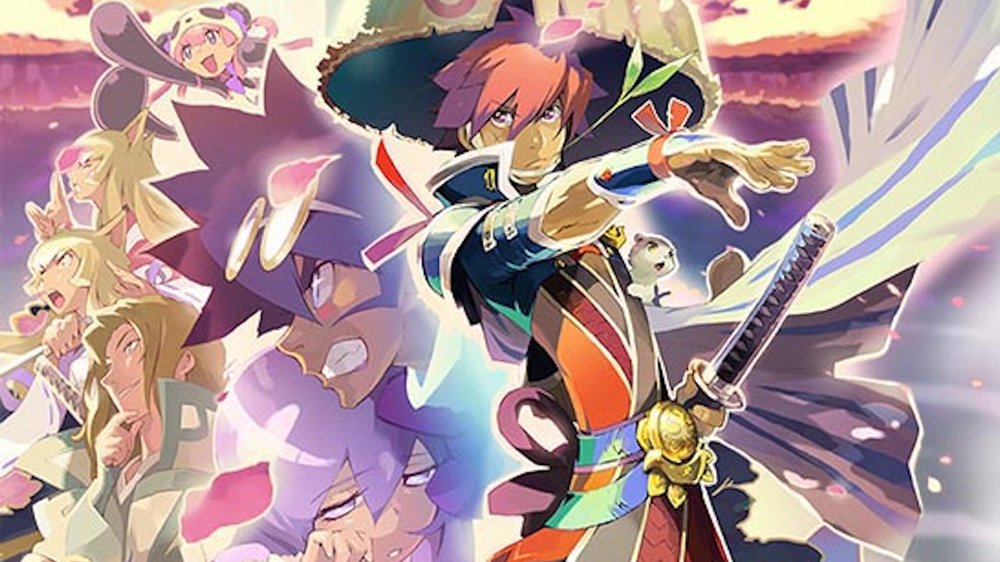 Failure is an option

Shiren’s road to the west has been an odd one. The first game in the series launched in Japan for the Super Famicom more than 20 years ago. Western audiences wouldn’t see the game until 2008 when Sega brought over the DS remake as Mystery Dungeon: Shiren the Wanderer. Two years later, Altus localized Shiren the Wanderer for the Wii, which despite its name was actually the third game in the series.

I don’t know why we didn’t get the fourth and fifth entries, both released for the Nintendo DS, but I’m going to assume it was due to low sales. With each passing year, I was worried I would never see this silent swordsman again. But I guess the dice of fate rolled in my favor as Aksys Games localized the Vita remake of the fifth game. After spending the last two weeks with it, I’m very glad it did. 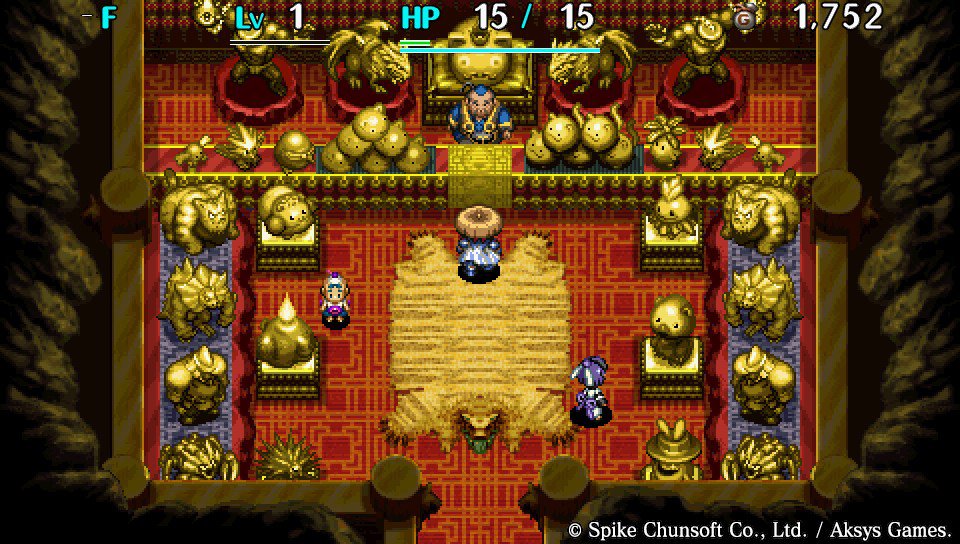 Shiren the Wanderer: The Tower of Fortune and the Dice of Fate (jeez that’s a mouthful) takes place after the second game in the series, not that there’s anything here that would tell you that. The silent protagonist and his ferret companion Koppa stumble upon a village where a young girl is sick, destined to die. The boy who loves her vows to save her life by collecting the titular Dice of Fate and traveling to the top of the Tower of Fortune to talk to Reeva, the god of destiny. Hearing how dangerous the tower is, you follow after him. It’s not much of a story, but you know what, it’s a nice alternative to all of those RPGs where I’m constantly reminded how the fate of the world rests in my hands.

The journey to save this girl is not an easy one. Mystery Dungeon games are notoriously difficult and this one is no exception. For those who haven’t played a game in the series, Shiren features turned-based combat and dungeon floors that have randomly generated grid-based layouts with a wide variety of possible enemies, traps, and items within. Opponents only move when you act, adding a tactical element to the gameplay. Combat is swift and throughout my adventure, it never ceased to amuse me.

Those well-versed with the ins and outs of the genre can dive right into the adventure, while newcomers and people who may need a refresher can hit the Beginner’s House right out of the gate to brush up on their skills. While the tutorial is all-encompassing, it’s perhaps not the best way to teach people about what they’ll face in their dungeon exploits. Each lesson is an individual element of the game broken down into a one- or two-floor dungeon. It’s a lot to take in, and if you insist on doing all of the lessons at the start, you’ll end up spending roughly three hours in the first town. Even after completing the tutorial, the game can still feel inscrutable at times.

What the Beginner’s House doesn’t adequately prepare you for is the first real challenge you’ll face: item management. You have a limited number of item slots to use and with so much junk on the dungeon floors to collect, they will often fill up quickly. I had to use items more often than I do in other role-playing games, which I liked, but I was often forced to throw away tools I knew I would need later in my adventure to make space for food and healing items I needed right away.

If you opt out of the starter lessons, rest easy knowing you can return to the Beginner’s House throughout your adventure if you hit a spot you just can’t get past. I returned to it a few times as I found myself getting my ass kicked on the higher levels of the dungeon. Death is probably the most divisive element of the Shiren franchise. When you die, you go back to Nekomaneki Village at the foot of the dungeon. You lose all of your money, items, equipment, and experience. In other words, you start the game over from scratch. 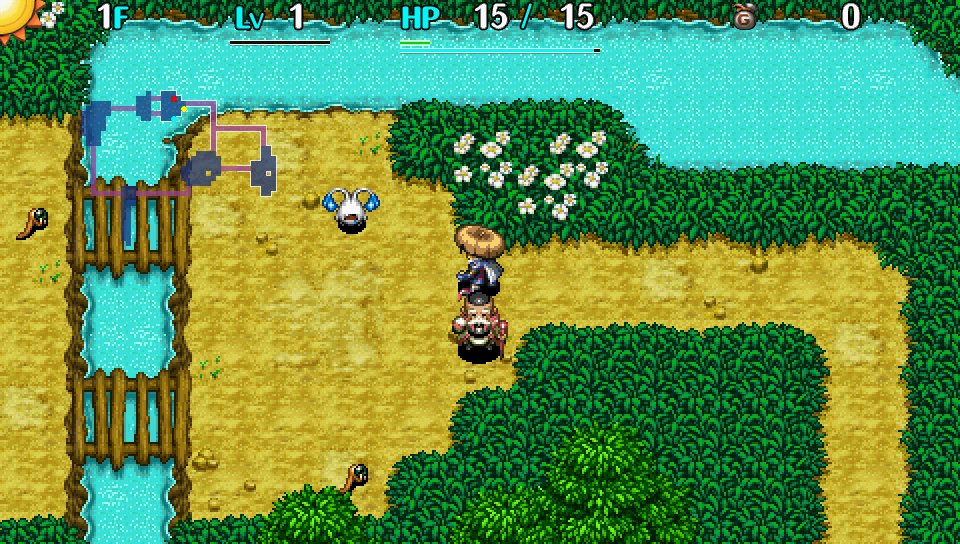 The first time I played Mystery Dungeon: Shiren the Wanderer back on the DS, I was put off by this. With several games in the series now under my belt, I kind of see the concept like an ancient Japanese version of Edge of Tomorrow. Every time I died, I recognized my mistake and figured out what not to do if I ever faced that situation again. Whenever my lifeless body was escorted back to town, I learned a lesson.

The most important lesson I learned: prepare for nightfall. Tower of Fortune features a day and night cycle that amplifies the already oppressive difficulty. Once the sun goes down, day enemies disappear, replaced by nigh unstoppable night creatures that can kill you in a single blow. Normal weapons don’t work, requiring you to use all those staffs and spells you’ve collected on your journey.

The game does find ways to slightly ease the pain of your adventure. There’s a bank you can deposit your money at if you’re able to reach it alive, you can leave weapons and items at storage houses that you can use on future runs, and there are skills you keep even after you fall. You can also bring along companions to assist you on your journey, but their inclusion feels at odds with what the game is trying to achieve. 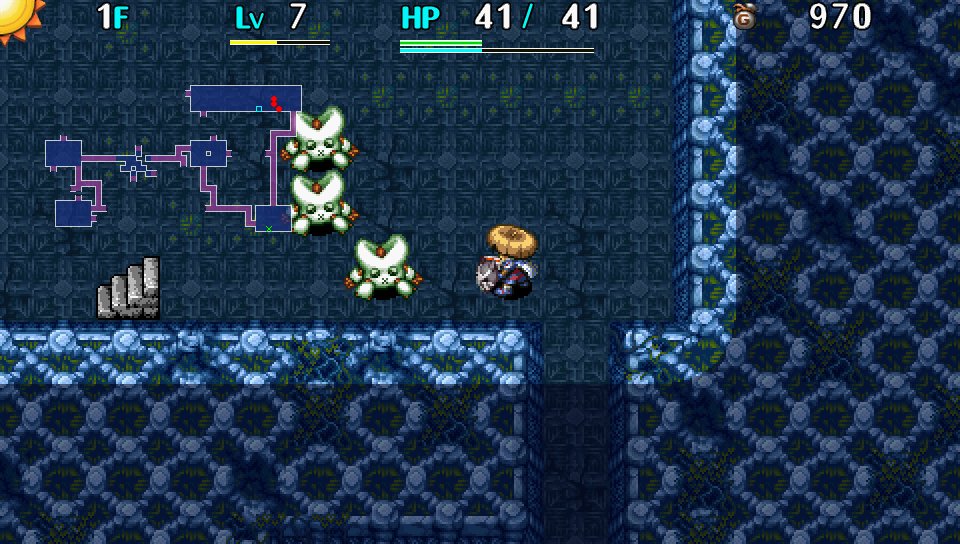 Take Tao for instance. This panda clad girl you can hire as an escort strikes from a distance with a boomerang that can hit several enemies in a single throw. If she used it every turn, the game would be a cakewalk as no creature would even come close to approaching you. Instead, she only uses it sometimes and often refused even when I was overwhelmed. Companions pretty much only moved when I did and they would never move to put themselves in a striking position even as I was facing off against multiple enemies. I died more than a dozen times with my cohorts by my side who didn’t do a goddamn thing to help me. For the sake of comparison, they feel a hell of a lot less helpful here than in Shiren the Wanderer on the Wii.

One way this game does excel past the last entry we received is in the actual dungeon layout. My memories of the DS and Wii games are riddled with scores of hallways that lead to dead ends. That’s not the case here, as the algorithm or formula or equation or whatever the hell it is that creates these dungeons has been greatly improved.

Also improved, at least over the previous 2D entry, are the visuals. Shiren 5 is quite a handsome game, even if it doesn’t utilize the power of the Vita to present anything beyond the DS original. Each weapon and shield you equip has its own sprite and sound effect, and the dungeons are varied enough that I never found them dull. I just wish more of the Vita real estate was used to improve the game. The menus, in particular, could have been greatly streamlined had the developer opted to make full use of the widescreen display. 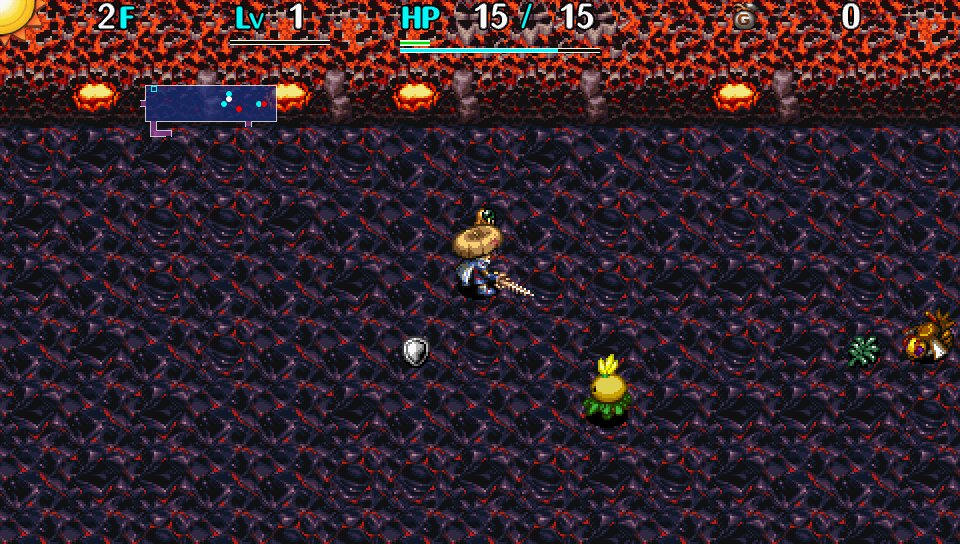 Though I wouldn’t consider it the best entry in the series, I absolutely enjoyed my time with Shiren the Wanderer: The Tower of Fortune and the Dice of Fate. It’s a beautiful, challenging quest with a pleasing soundtrack I wouldn’t mind having in my iTunes. With all the love I have for it in mind, I don’t know if I can recommend the game to anyone who isn’t already familiar with the series. Even if you’ve played the Pokémon Mystery Dungeon spin-offs, this is another beast entirely. It’s a game you can play for 20 hours and feel like you didn’t make any progress at all. That’s a type of punishment some gamers just can’t handle. For me, it’s a type of punishment I can’t get enough of.