A few nuggets of goodness buried under a mountain of bland

Shadwen has a really cool premise: take control of an assassin (also called Shadwen) with a grappling hook and the ability to manipulate time, to sneak through an occupied city with a little orphan girl to take down a despotic king. With that setup, and a really interesting world to play about in, there’s no way it could fail, right? Wrong.

Unfortunately, after playing both the preview build and the final retail copy, it’s safe to say that Shadwen is as bare-bones as it gets. What’s worse is that it manages to fall short in some of the most crucial ways a stealth game could. 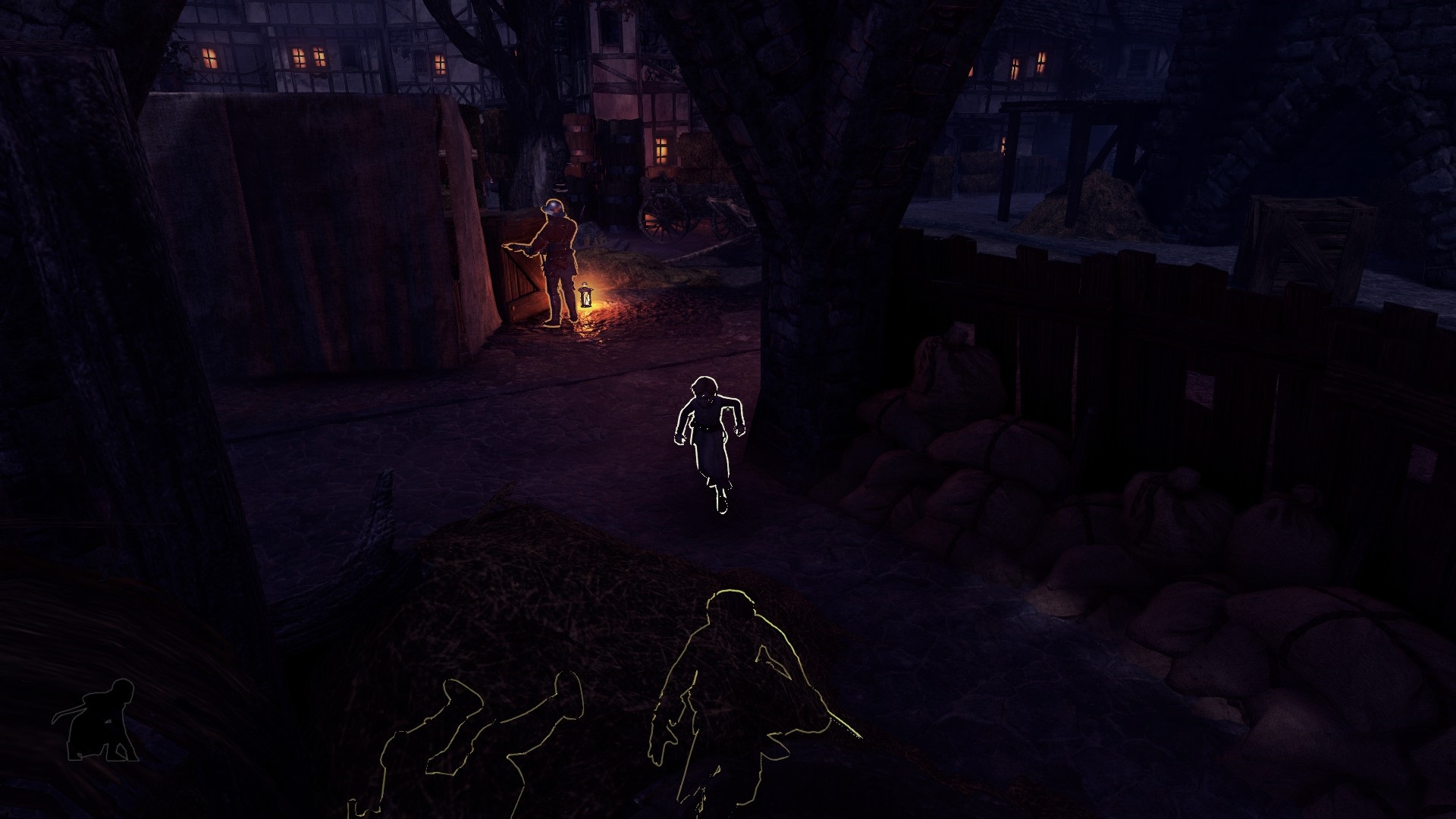 The main mechanical hook of Shadwen is that, much like Superhot, time won’t move until the player does. This gives the player time to assess their surroundings, look for vantage points, and aim the grappling hook to perform speedy air manoeuvres. If everything goes wrong and the guards are alerted, time can also be rewound to attempt a section again and again.

It’s a neat idea in isolation, but it’s not one I think lends itself particularly well to a stealth game. A button has to be held to make time move when the player is stationary, meaning waiting for guards to move out of the way (a core part of almost any stealth game) can be more than a minute of just sitting in a bush, awkwardly holding one key down.

The rewind mechanic also feels like an easy way to cover up the unforgiving and binary guard AI that can identify, take aim, and kill the player in one shot almost instantly. While superhuman AI isn’t a big challenge when any mistake can be undone, it does ruin any real attempt to build tension.

In fact, the AI in general is Shadwen’s biggest stumbling point. Every level revolves around leading Lily, a small orphan who takes a liking to our protagonist, to safety. Some of the story can change depending on how well you hide the atrocities you commit from her; she’ll be traumatised if she sees a corpse, and eventually adopt a more nihilistic outlook on the game’s events.

Players who want to protect her will need to put extra effort into hiding the bodies in bushes or out of her path before she sees them, and this is where a lot of the game’s frustration comes into effect. Lily will run to the next hiding place as soon as she thinks no guards are looking, except when she thinks she’s not being seen and when she’s actually not being seen seem to be two entirely different things.

Sometimes ordering her to move will make her run half way, see a guard, and run all the way back to where she came from, only for her to then run straight past an entire garrison of guards on the way back. Coordinating with her is almost impossible, and when the level only ends once both Shadwen and Lily are at the final gate, that can be a royal pain in the arse. I don’t know how many times I’ve successfully gotten to the end of the stage, only to then have to go back to shift a guard out of the way just to get Lily to move.

If she’s not refusing to move, she’s refusing to stay put. Trying to hide a body to make sure she doesn’t see it? Too bad, here she comes anyway because there aren’t any guards around, and so it’s her time to leg it. My general strategy devolved into carrying the guard’s corpse to drag it to a hiding spot, turning the camera to Lily, and spamming the button that orders her to move, giving me enough time to hide my kill. It was laborious, frustrating, and if it weren’t the only reliable way to keep her away it would really seem to be going against the spirit of the game. 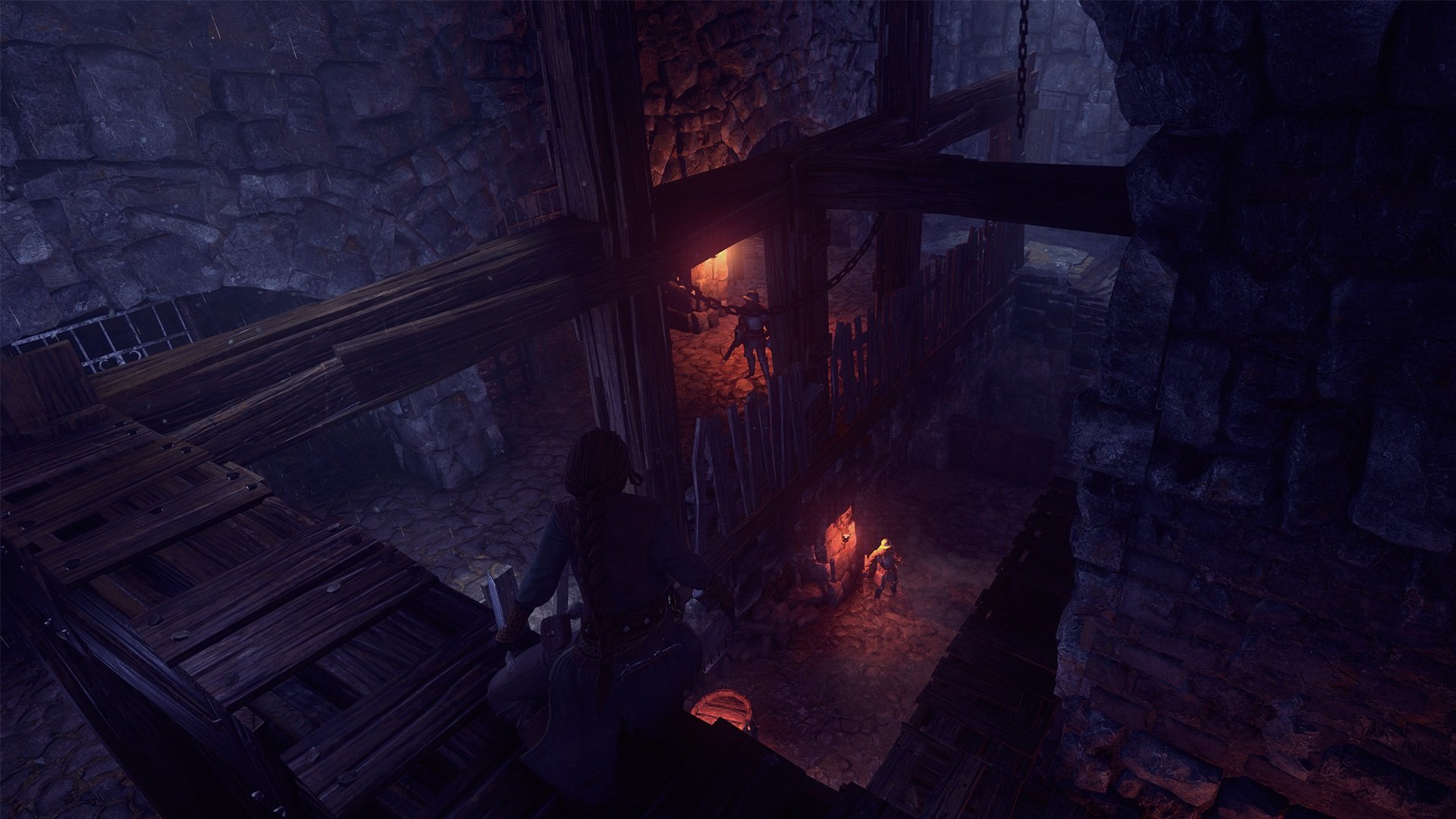 To make matters worse, the levels the AI trudge around in can sometimes be far too basic to be engaging. While there are a few sprawling, detailed areas which put the game in the best light possible, Shadwen often falls back on simple corridors littered with crates or hay bales to get you from one ‘bubble’ of complexity to the next. Considering the game is already really unvaried in its enemy and environmental designs anyway (two whole enemy types, wow!), it makes each level blur into the next, identical level.

It’s not all bad, though. When the levels open up and give more opportunity to tackle it in multiple ways, Shadwen really comes into its own. Hauling Lily through it all is still a pain, but having the freedom of going over, under, or around in some areas is a breath of fresh air after yet another claustrophobic corridor.

Some levels make use of Shadwen’s vertical prowess well, such as one set around a lift with guards keeping an eye on it from multiple ledges, cliffs, and staircases. The level relies on clever use of the grappling hook to do some high-speed sneaking, and it was by far the most memorable and enjoyable part of the game. When Shadwen’s level design picks up, it’s top-notch, it’s just a shame those moments don’t happen enough. Instead, we’re treated to yet another corridor littered with tat.

Shadwen’s also got a hell of a lot of lore tucked away, too. Listening to the guards chat about forest spirits, or about how turncoats have joined them since they occupied the city, or about the cloying famine affects classes different is really interesting. It’s obvious Frozenbyte put some serious effort into making Shadwen and Lily’s world as deep and complex as possible, which really comes as a relief during those long gaps of sitting in a bush, waiting for the right time to move. 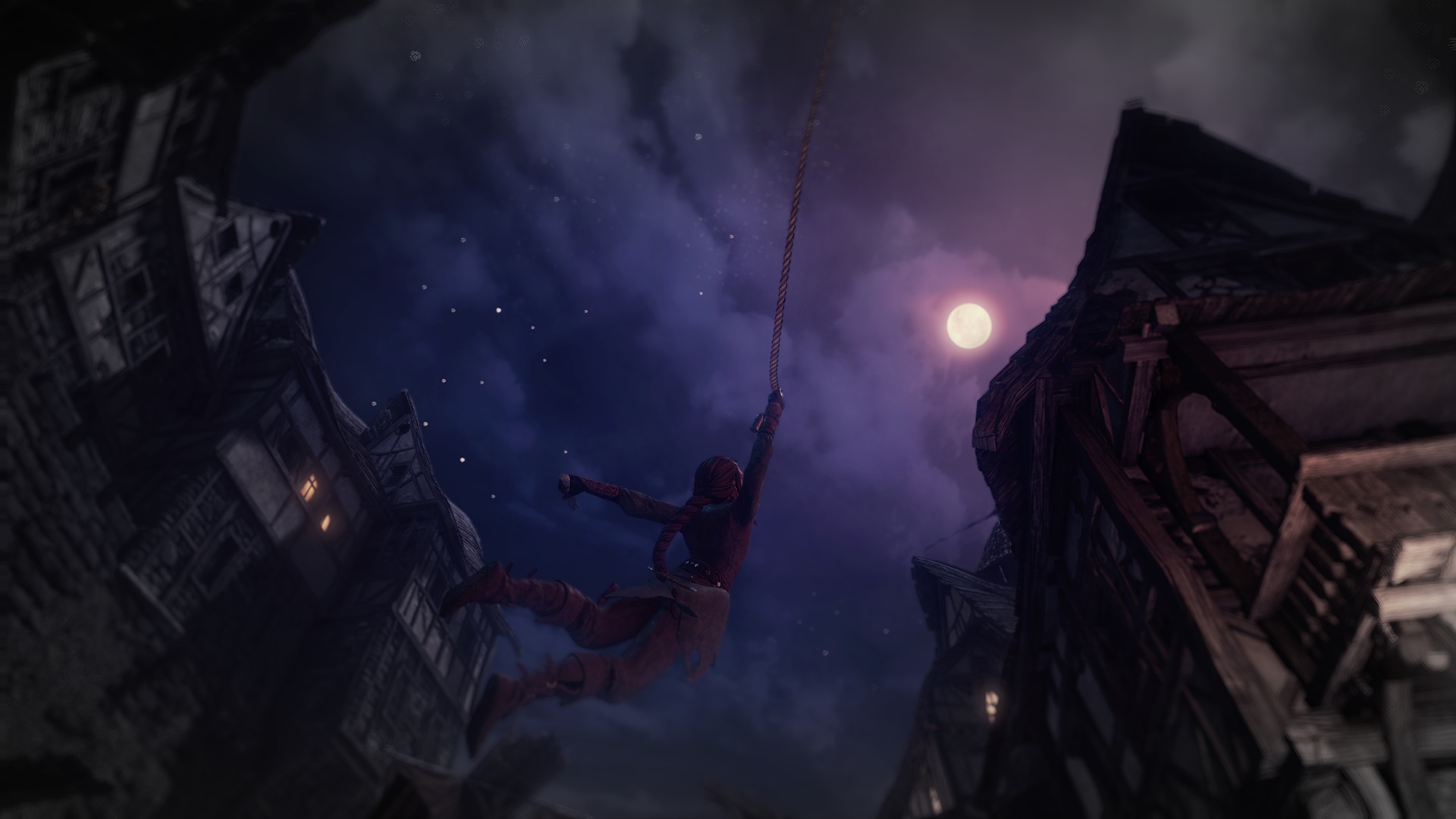 I’m really disappointed in Shadwen and certainly wouldn’t recommend it, but it’s still difficult for me to write it off completely. If you can get through the wonky controls, the pants AI, and the visual stylings that are just a blur of identical guards and barrels, and the endless escort mission featuring the most annoying little girl ever, there are small glimmers of a good game shining out from the cracks.

The few times the game opens up to let the player make use of their high level of mobility are incredibly memorable, and the world building makes it feel like we’re only scratching the surface of this world. That’s not enough to make me recommend it, of course, but they do make Shadwen’s shortcomings all the more painful.