Life or hometown? I’ll take neither this time

I’ve always been morbidly curious about the Senran Kagura series. Particularly whether or not these games were nothing but overly sexual fan service, or if they had more going on. I first began my journey down the Senran hole with Senran Kagura: Peach Beach Splash, which was a decent and fun enough game, but still left me pretty clueless about the characters themselves.

So, with developer Honey∞Parade Games looking to recreate the 3DS original Burst in a new, fully 3D, hack ‘n’ slash action game, designed to reintroduce everyone to these big-chested shinobi, I figured now was the perfect time to indulge in my curiosity. However, after sinking nearly 20 hours into Senran Kagura Burst Re:Newal, this curious case has just left me bored. 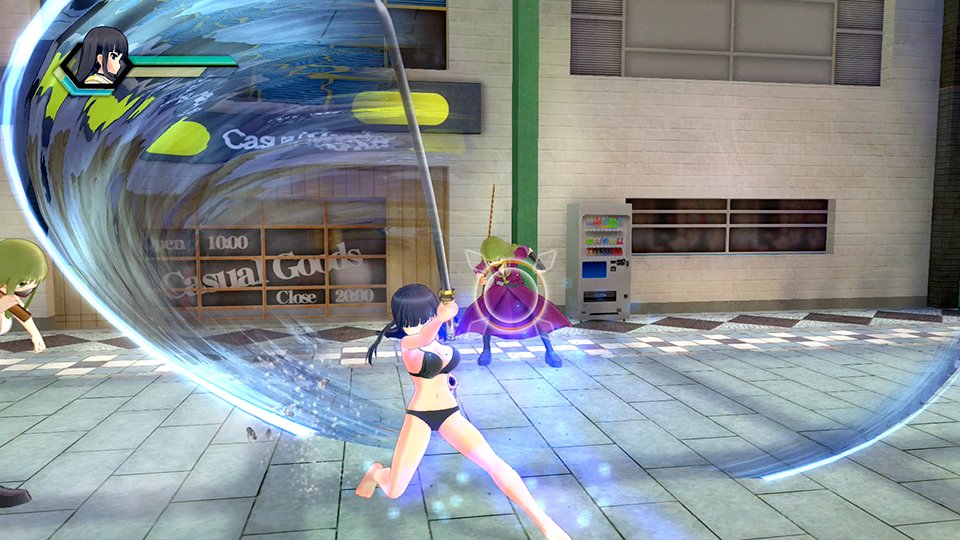 Burst Re:Newal‘s story and the cast of characters are split between two academies known as the HanzÅ National Academy and Hebijo Clandestine Girls’ Academy. Each academy acts as a main menu to navigate for both sets of characters and campaigns. This includes choosing missions, buying different clothing and accessories in the shop, and fully customizing characters in the changing room.

Notably, the “Intimacy Mode” in the western PlayStation 4 release of Burst Re:Newal has been removed entirely. This mode allowed you to interact with different characters in the form of groping, kissing, and other things that I’ll leave to your imagination. So, if girls being stripped down to their underwear during combat still isn’t enough — the Steam version still has your deep dark fantasies covered within this mode.

But, if you’re a cultured individual who plays this series for its deep and intrinsic lore — then you’re going to get exactly that! Each shinobi academy includes over 40 missions to complete, with almost every mission including a massive text crawl of dialogue to read. Unfortunately, the presentation of the story in the Senran Kagura series has never been that compelling to me. It’s almost a running gag at this point that these games are also straight up visual novels, given how many dialogue dumps they’ll throw your way between missions.

Burst Re:Newal certainly isn’t trying to change that, as it includes the same story as the 3DS original — right down to even utilizing the exact same text and 2D static images. These images haven’t even been cropped properly for a 16:9 aspect ratio, still using the same aspect ratio found in the 3DS original. So expect to see black bars on the sides of the screen during any of these scenes. 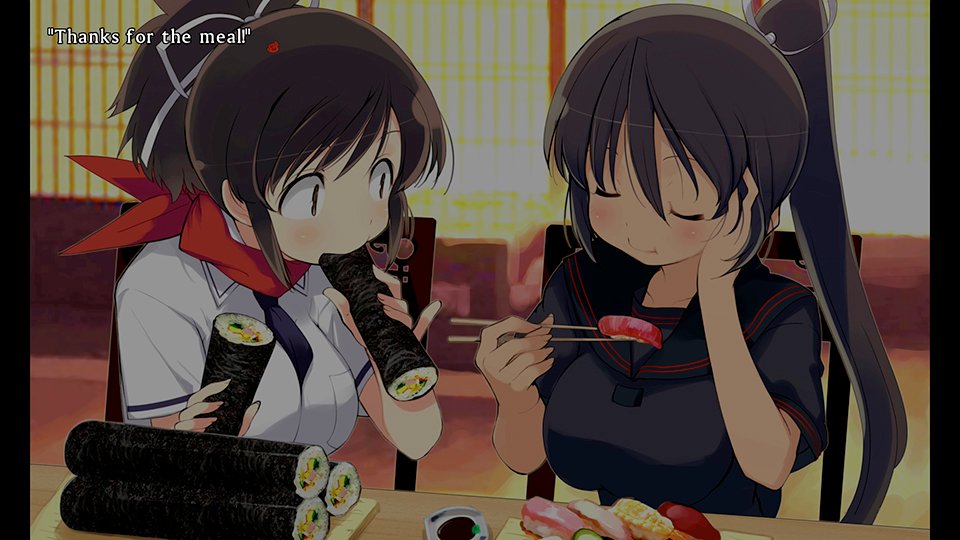 At times the writing also takes itself oddly seriously, while attempting to flesh out characters with the most common tropes imaginable. There are still plenty of light-hearted and charming moments to be had, but the poor presentation mentioned earlier just left me feeling numb after long play sessions. By the end of the HanzÅ campaign, I was skipping nearly every dialogue scene just to get it all over with.

However, what separates Burst Re:Newal from the 3DS original are their distinctive gameplay styles. Burst was a 2.5D beat ’em up, while its newly released counterpart is a fully 3D hack ‘n’ slash title, taking clear inspiration from the Dynasty Warrior series. Combat essentially boils down to your typical light and heavy attacks with a mix of snazzy air juggles and ground pounds. 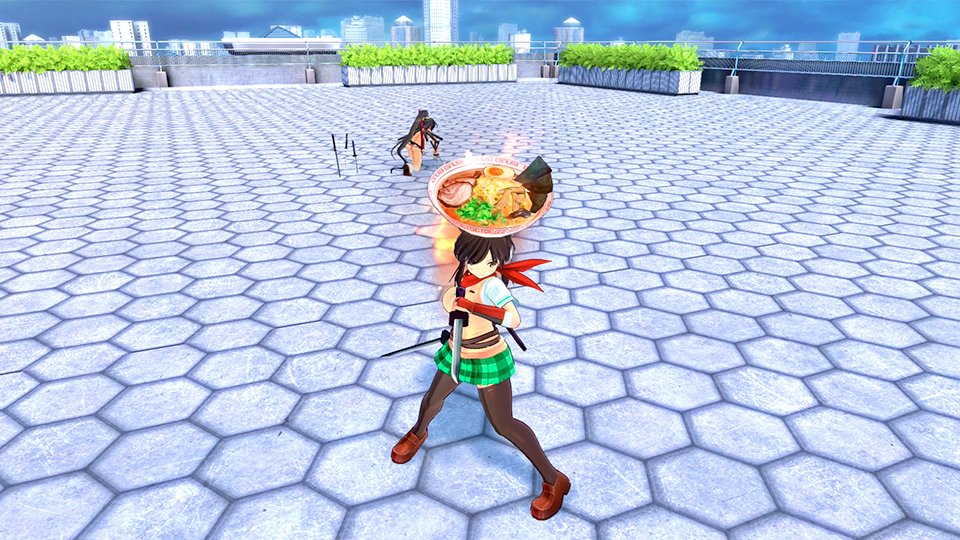 The roster of roughly a dozen girls each have their own unique weapons, combos, transformations, and multiple special moves. However, most combos that you’ll be relying on never really get more complex than your typical double light attack followed by a heavy attack. Not that it’ll matter, honestly, because regardless of the difficulty you’re playing on, the AI grunts are downright pathetic.

Whether they’re simply standing in front of you, or running in the opposite direction and straight into a wall, they’re rarely a threat, and never more than combo fodder to help build up various meters. But, once you are pitted against actual characters, the fights do become much more lively and require at least a fair amount of dodging and parrying on your part. 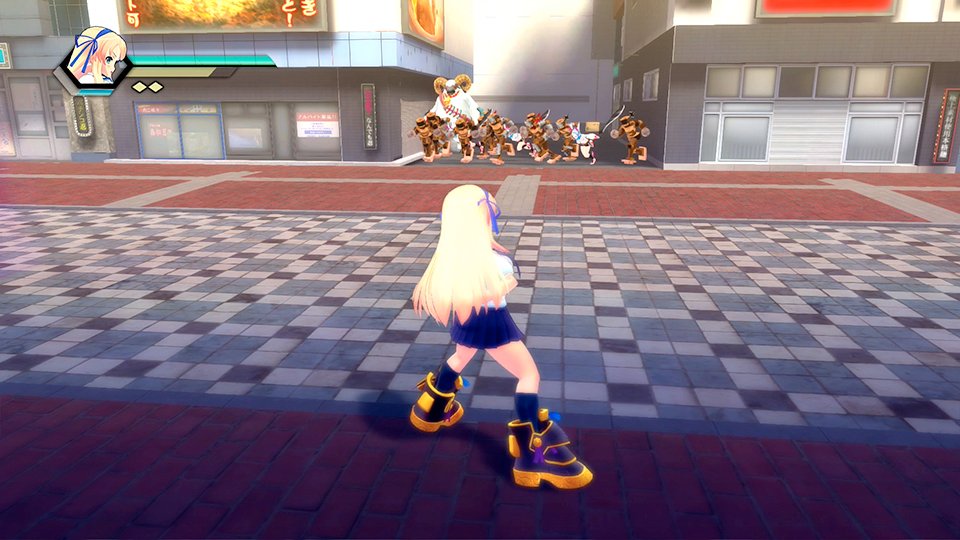 You can also spice things up further with the option to start any mission in the “Frantic” mode. This basically strips your character down to their underwear, resulting in a massive drop to their defense, while also greatly increasing their attack. It’s a good option to make things go a bit quicker once you’ve mastered parrying, as you can just simply spam special movies after each successful parry.

However, all of the underwhelming combat throughout these missions won’t prepare you at all for the sudden difficulty spike these campaigns end on. Without spoiling too much, a particular final boss takes forever, thanks to a beefy health bar and wonderful near one-shot kill move. Throw that in with no checkpoints and my eyes were rolling out of my skull up until I found a specific spot that let me simply whack it to death without ever taking damage. See the image above? Those poor grunts spawned behind an invisible wall! 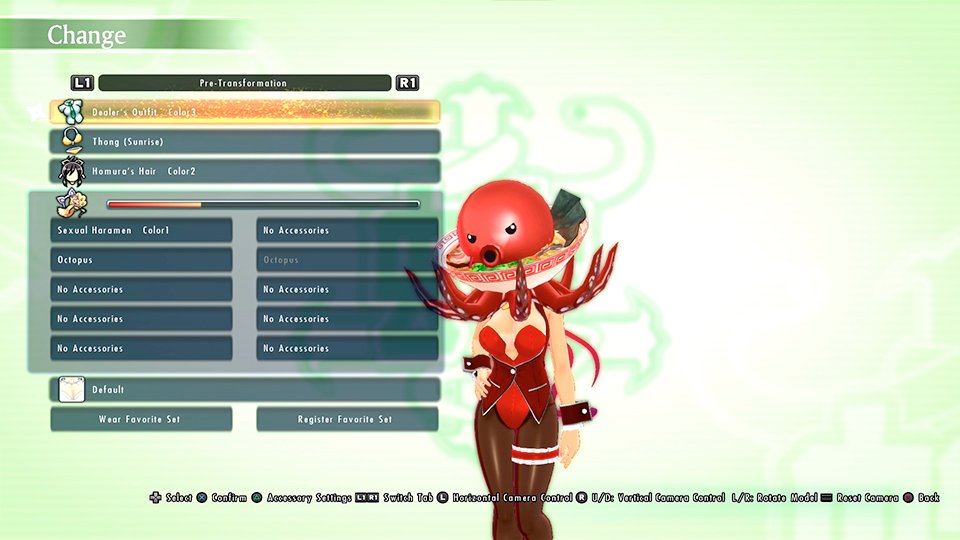 Different gameplay modes and multiplayer are also completely absent from Burst Re:Newal. Once you’ve completed both academies you’ll find very little in the way of replayability unless you’re trophy or achievement hunting. Although this is nearly identical in terms of content on the original 3DS version, it’s disappointing they couldn’t further expand on the original game.

Ultimately, I can’t help but feel like the Senran Kagura series is at its best when it’s exploring other concepts like water gun tournaments, cooking, and even pinball. There’s just more room for creativity all around. Outside of the catchy and upbeat Japanese rock music, almost every aspect of Burst Re:Newal is extraordinarily low budget and mind-numbingly simplistic.