Quite the James Bond title

It’s really tough to talk about From Software without sounding like a cliche.

But beyond the (gasp, buzzword incoming) Souls series, the studio has been a part of my life for over two decades. King’s Field was one of my first “this is how tough and engaging RPGs can be” experiences. Armored Core was practically a college science elective in my household as I held my own amateur theory-crafting sessions trying to find the best parts for my mech.

Over the years and following the launch of Demon’s Souls I’ve seen them grow even more as a company, picking up new tricks along the way. Yet, they’ve never been afraid to innovate and go against the grain, a philosophy that is still paying off with Sekiro: Shadows Die Twice. 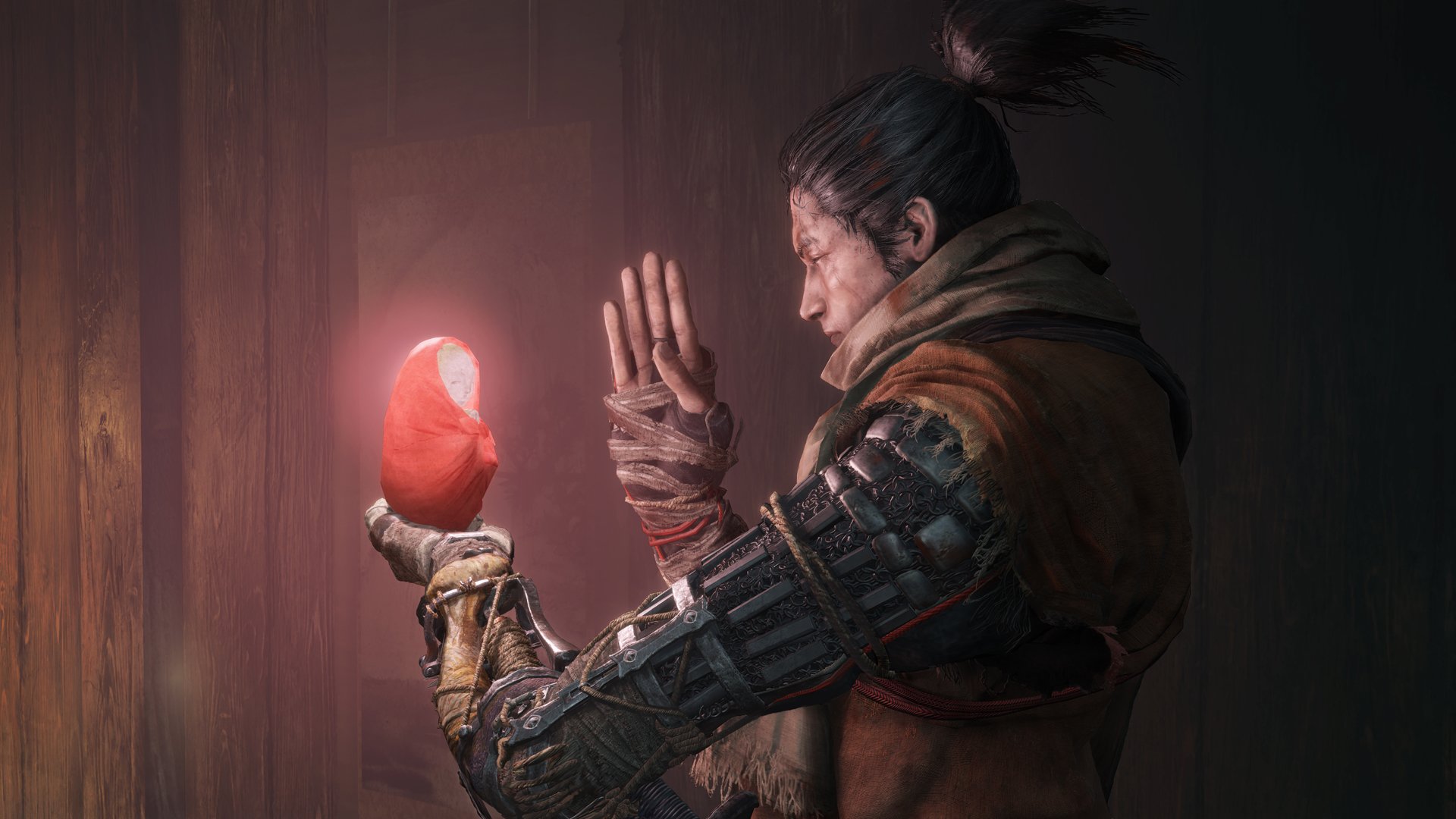 Sekiro deviates from the typical blueprint far more than Bloodborne did, which might be scary if you expected more of the same or thrilling if you’re in the mood for something new. Many crutches are removed entirely: there’s no multiplayer to rely on to clear bosses and no starter builds that might make things easier. Most of Sekiro‘s level playing field philosophies are reliant on skill and there’s one hell of a learning curve. A hell of a curve.

With stealth in the mix, much of what you already know from the typical action-adventure formula is thrown out the window. Our hero Wolf is capable of grand locomotive feats with his diverse toolkit, which includes a grappling hook, naturally requiring a more vertical and in some cases more challenging level design from an exploration standpoint. You simply have more choices as to how you’re going to go into certain situations. You can rush in and take everyone on at once, pick them off individually, or just stealth kill one or two then make your presence known. That sort of freedom is rarely seen in games that offer up stealth as an option without reaching the point of frustration.

When you do actually engage in head-to-head combat the act is akin to a waltz, with a whimsy to each slice and a greater emphasis on parrying. It’s wild to be able to throw in these animalistic jumping blows then retreat, toss some ninja tools into the fray, then go right back into a heavy defensive stance. There’s a lot of ways to approach combat at any angle and it gives off good, heavy puzzle-like Tenchu vibrations.

Part of that complexity comes from the posture system. Think of it like a shield bar while guarding from a fighting game: if it breaks you’re wide open for a punishing counterattack, but if you break an enemy’s posture you’re cruising down the deathblow highway (it’s kind of like a critical hit). Combat with high-priority targets is a mix of parrying to chip their posture and actually doing damage. You really, really need to master parrying. Seriously, folks, I’m not joking: some bosses will be borderline impossible without it and several are so fast that dodging is not an option, you can only parry each strike. It’s going to be a rude awakening for certain types of playstyles.

Naturally there’s a bit of magic thrown in, but not much beyond consumables. The resurrection mechanic (drawn from the “Shadows Die Twice” subtitle) is genius in that it makes for some good old fashioned false hope. While it is an on-command way to come back from death (generally, once per life) you arrive back on the Earthly plane with little health and are completely vulnerable to mid-bosses or bosses who sense that you’ll be returning shortly, ready to strike. For the rest of the fodder, you can jump back in and catch them unawares with a stealth kill, which makes nearly every resurrection occasion exciting in their own way.

Hilariously, if you die too often the townsfolk will be infected with rot, which is not only taxing emotionally but impacts your ability to be graced by “Unseen Aid,” otherwise known as “no negative effects on death.” Director Hidetaka Miyazaki “1,” us “0.” Although it can be cured (only to let you inflict it upon the townsfolk again), the story really hammers home the fact that your powers are a curse more effectively than From has done in the past. 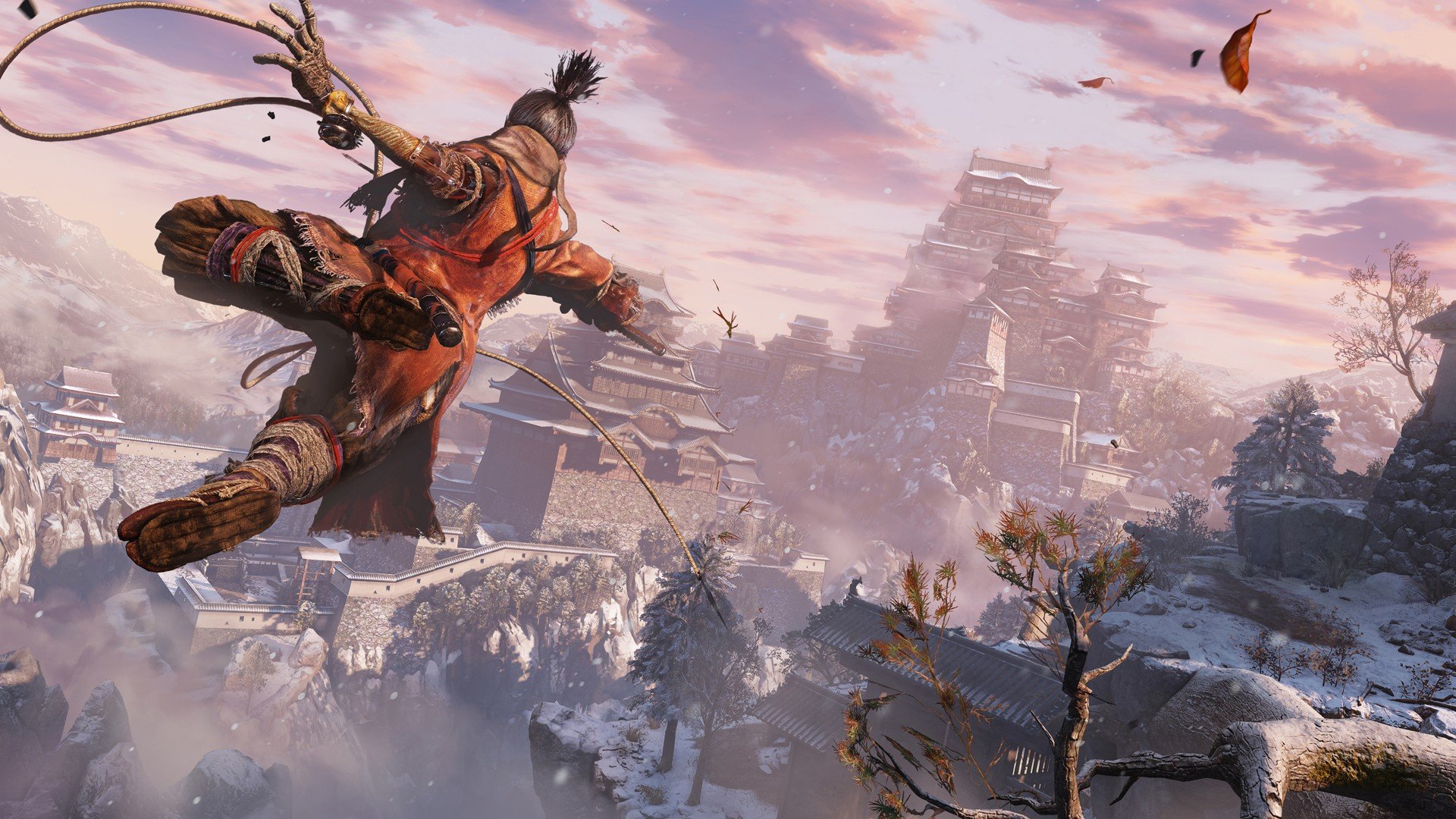 Juxtaposed to its tactical freedom, Sekiro is far less obtuse than its ilk. Instead of requiring players to find a hidden critical path, a story NPC might say something like “hey check out this valley behind the castle.” It often sacrifices the unknown for clarity; there’s more action than RPG in Sekiro. It’s a little on the nose sometimes but it hardly shook me, as characters are now cobbled together in some semblance of a personality rather than an esoteric number to be checked off a list for a rare item. Having a nice moment talking about how delicious rice balls are following an optional quest line is a perfect example.

Those cute moments are fleeting for sure as Sekiro is tough and you have to relearn everything. There’s times where I rushed into a fight then felt hopeless, only to return later and “get it” (classic). On other occasions, I was stuck on a particular zone not knowing that a checkpoint statue was literally around the corner. Figures! Cue me walking five feet into another seemingly impossible “10 try” boss. It feels great to get your ass kicked again.

There’s plenty of places to get wrecked in too, as Sekiro slots nicely into a mostly feudal Japan setup with plenty of fantasy mixed in. There’s yokai and pure demons with a hearty helping of occult weighed with good ‘ol realism. The soundtrack brings it all together with some absolutely triumphant serene melodies and discerningly tense horror tracks. Dual audio is appreciated. 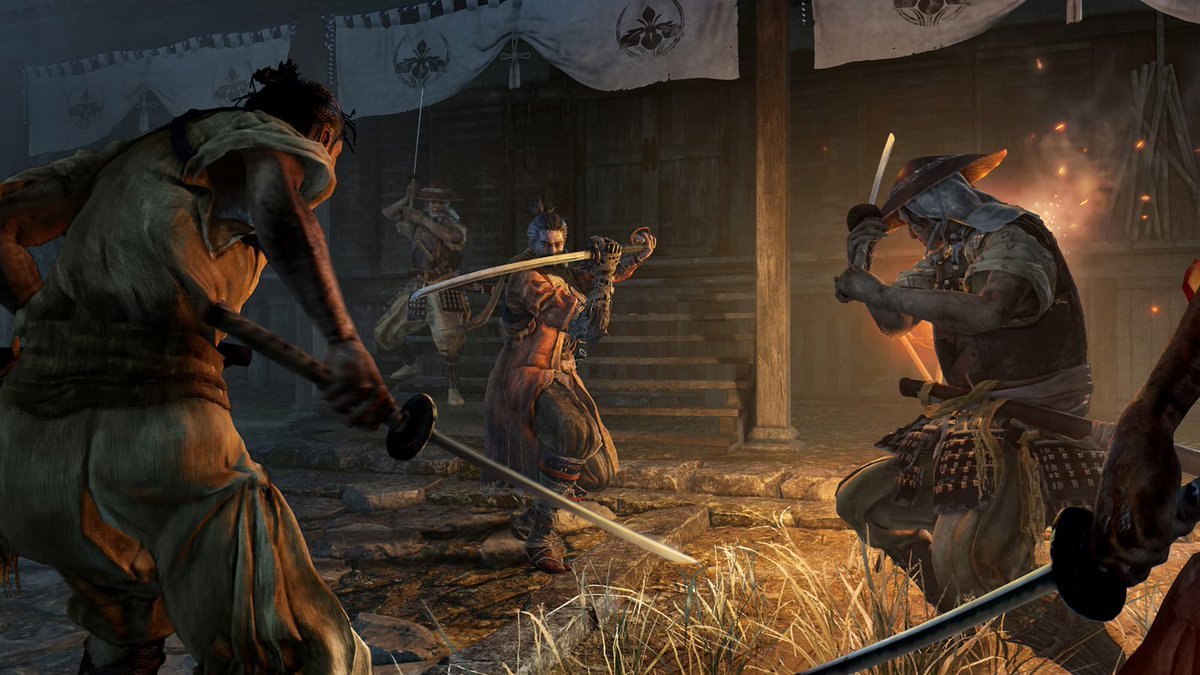 It’s hard to do Sekiro‘s world justice through any amount of descriptors, but as usual the detail is there to augment the already impressive environments. Locations, mind, that you can mostly just go to instead of wandering about, as you more often than not can grapple hook up or down to wherever you want. It makes for a rather hefty game, as my playtime so far is roughly on the level with a Souls title and I’ve uncovered what seems to be several optional/super bosses. New Game+ is also confirmed and I’m already looking forward to it since you can’t really “over level” for it. It’s going to be brutal and the closest thing that comes to mind is the brilliant old chestnut Ninja Gaiden Black: do not come in expecting a traditional “Souls” experience.

Sekiro: Shadows Die Twice innovates to the point where people who are tired of the same old song and dance will find new mysteries to master, but still maintains that strong marriage of world building and sense of pride garnered from besting taxing conflicts. It’s another keeper so long as you’re ready to strap in for a tough ride.