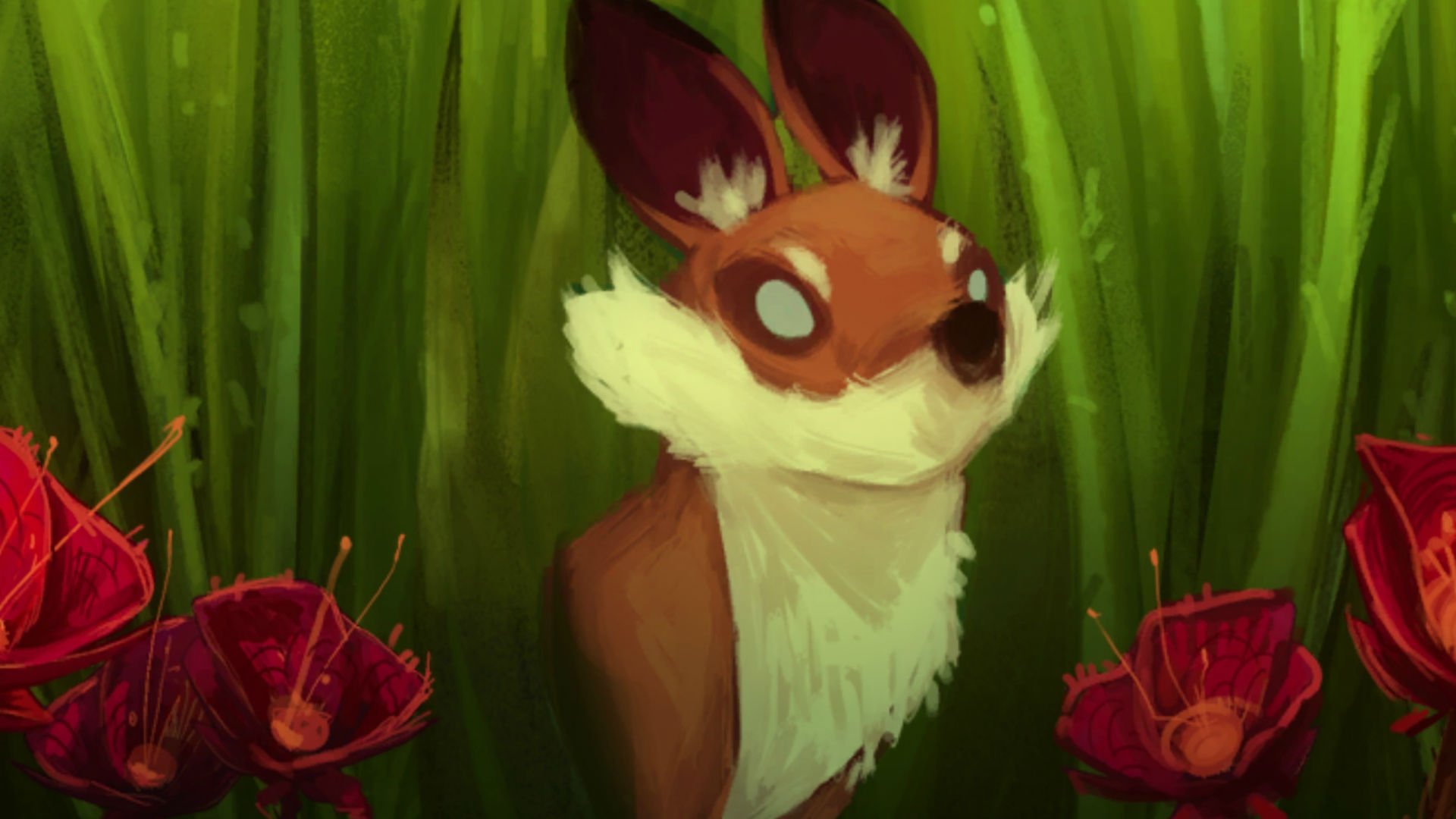 Beauty is only skin deep

Seasons After Fall is the epitome of “eye-catching.” With an art style to die for, an enviable color palette, and a gentle musical score, Seasons does its best to draw you into its world. What it can’t seem to do, however, is keep you there for long.

Seasons After Fall totes the line between peaceful and being too chill to function. For under all of its lovely window dressing, lies an exasperating but lighthearted experience. 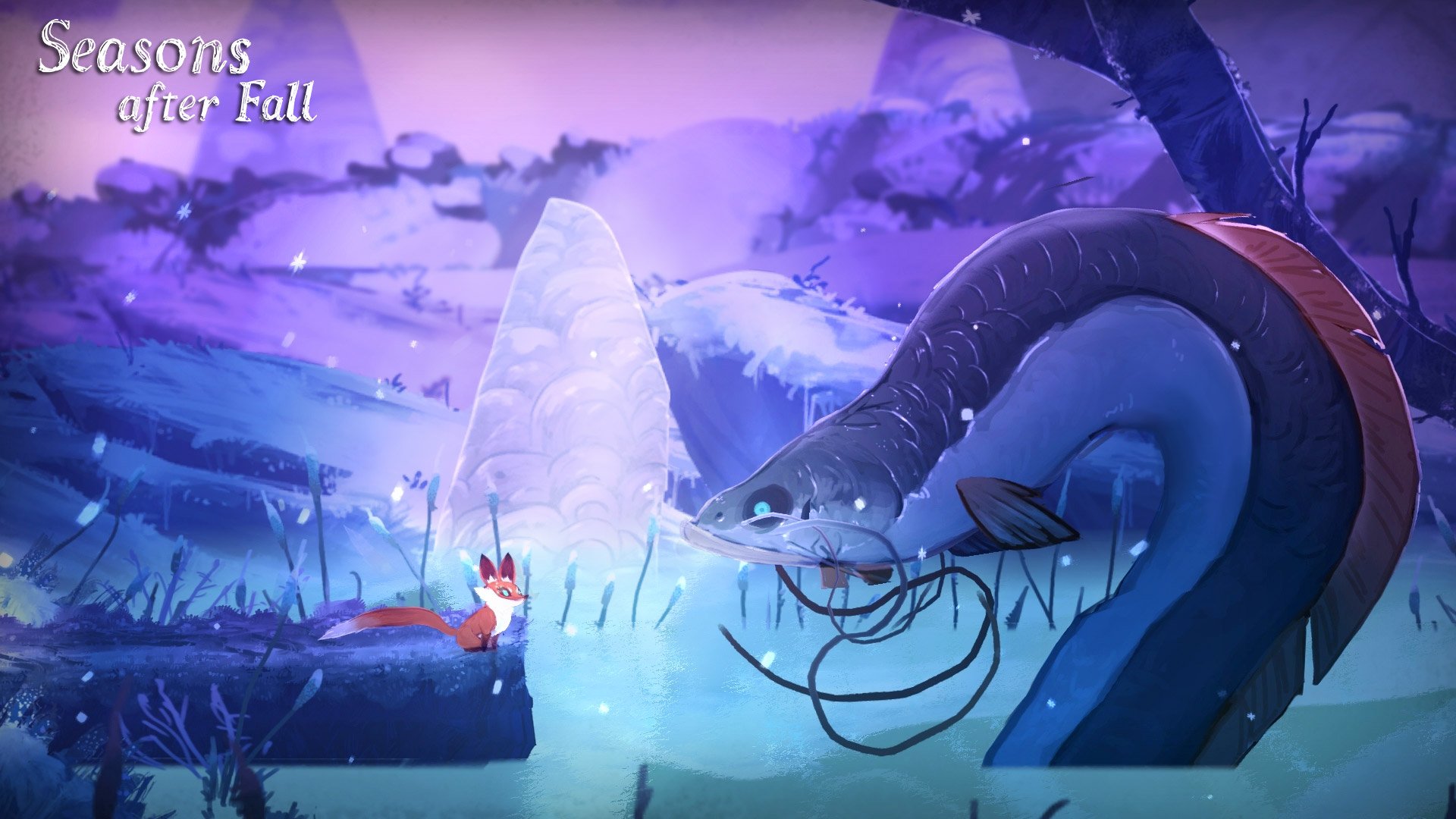 A story befitting a children’s book with illustrations to match, Seasons After Fall sets you as a young spirit following orders from a mysterious disembodied voice. Bonding with a nearby fox, you travel through the forest and eventually gain control over the four seasons as you slowly unravel the mysteries of this forest and its four Guardians. The story itself isn’t too complicated, but there’s a bit of depth in it once you get beyond the lengthy prologue. Once you acquire the four seasons, there’s a shift in the narrative as it begins waxing poetic about the nature of life and its relationship with the environment but those bits are only delivered in short bursts at particular spots on the map.

The world itself is absolutely stunning. The brushstroke art style is incredible in motion, and the cutscenes (revealing smaller details like scribbling) are just great to look at every time. As mentioned at the start of the review, the color palette is outstanding. Fall is full of bright orange and subdued browns, Winter is white, blue, and very striking purple, Spring is full of pinks and greens (and rain), while Summer is injected with a bit more yellow. Holding the right trigger brings up a wheel with your seasonal abilities, and the distinct color of each season washes over the map each time they’re selected. In this way, Seasons becomes a Metroidvania style platformer.

You wouldn’t guess it by its looks, but there’s quite a bit of backtracking to be had here. While controlling a four legged friend gave me The Lion King vibes, I often found myself zigzagging across the forest’s platforms in order to complete little puzzles. Acquiring the four seasons during the prologue is quite the chore really. When you find the source of a seasonal power it’s at the end of a lengthy walk, and then you have to manually make your way back to the center of the forest to the Sanctuary in order to move on. This means utilizing the new power to open up new areas (such as using Fall to open mushrooms or Winter to freeze a lake, etc.), but the process of doing so is made frustrating by Seasons‘ deliberate pacing. Repainting the world when activating a new ability is a neat visual (and flows better once you command all four powers), but it only magnifies the slower pace.

The deliberate pacing would be fine if the platforming itself wasn’t so imprecise. As much as I wanted to sink into the experience and settle into the groove Seasons was setting for my playthrough, I often found myself falling off platforms because of a delayed jump arc. You see, I’d press X to jump but wouldn’t actually jump until a few frames after. With this delay, further offset by light puzzle elements of needing to establish platforms for myself, there was an unneeded amount of difficulty bred by frustration. Needing a running start on every platform doesn’t sound like a big hindrance on paper, but nailing the platforming is absolutely crucial in a game where backtracking is such a core facet. As briefly satisfying as it could be to solve a seasonal puzzle, they’re never quite challenging or engaging enough to negate how much trouble it takes to move through them. 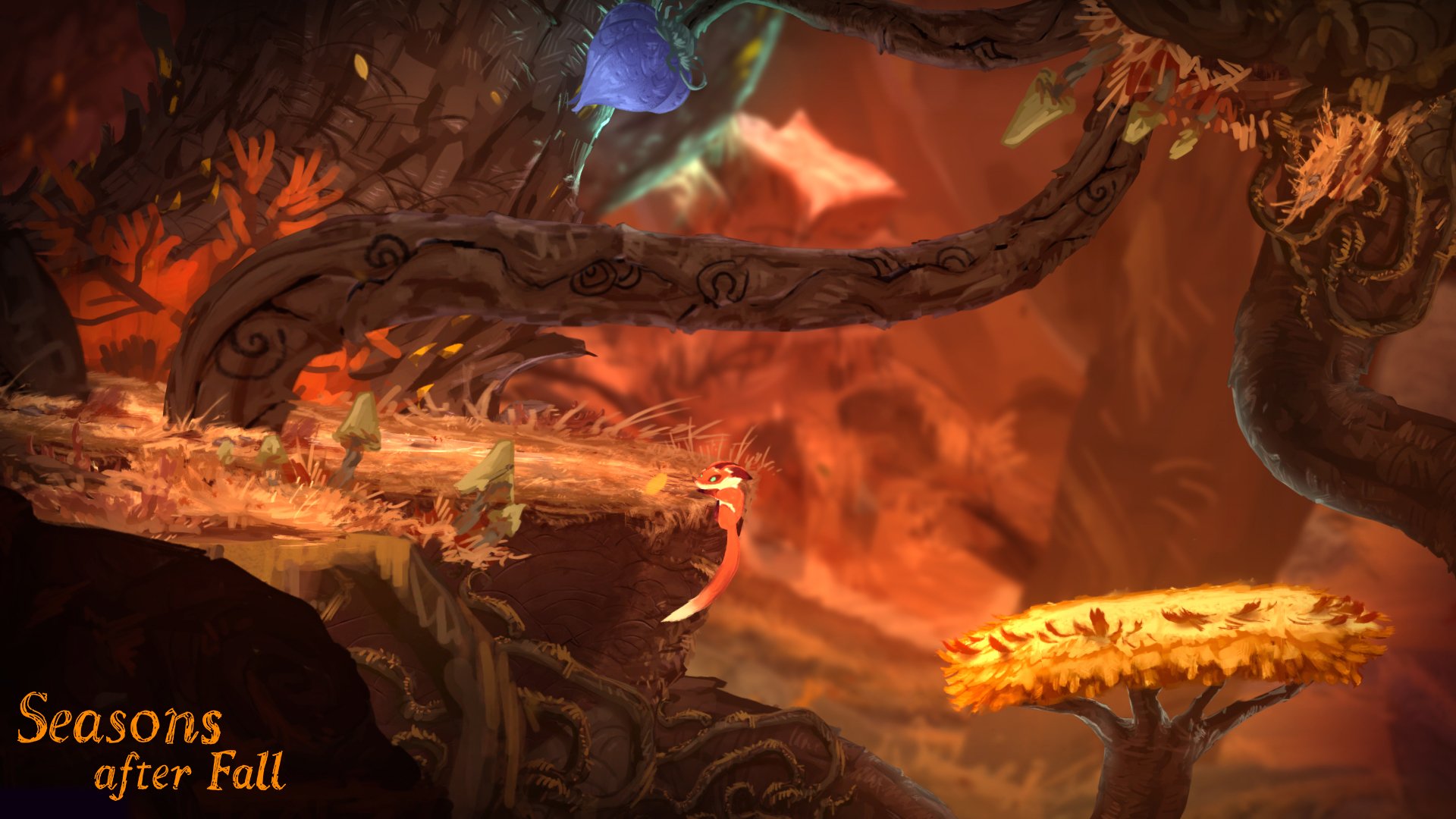 To put it bluntly, Seasons After Fall is “pleasant.” A world with a great feeling experience that tends to knock you out of it when moving around. As much as I appreciate a game as relaxed as this, that relaxation never quite became true enjoyment.

Like the central possessed fox, I felt like a passive bystander as a disembodied voice willed my body to move.