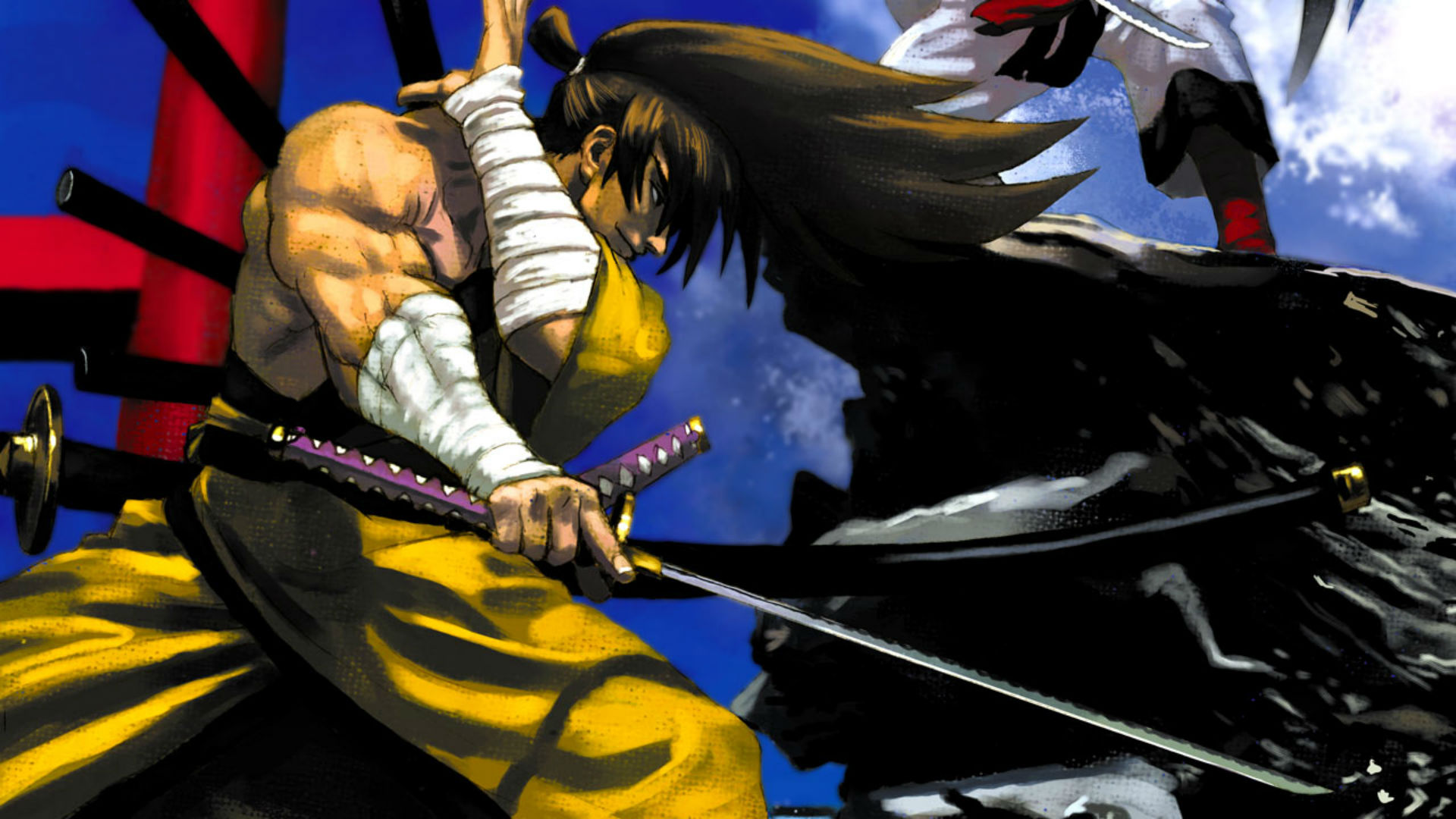 Samurai Shodown is unfortunately one of those fighting game series that never quite caught on. The methodical series of fighters and its focus on steady, patient fundamentals came and went on the Neo Geo (RIP, we miss you everyday) and it certainly didn’t help matters that the final game on the system was also faced with numerous censor and bug issues.

Many years later, I finally have the chance to play Samurai Shodown V Special in all of its violent glory with a little spice to make it extra nice. Play it while throwing a few back with a couch buddy for the best experience, however. It can be a lonely one. 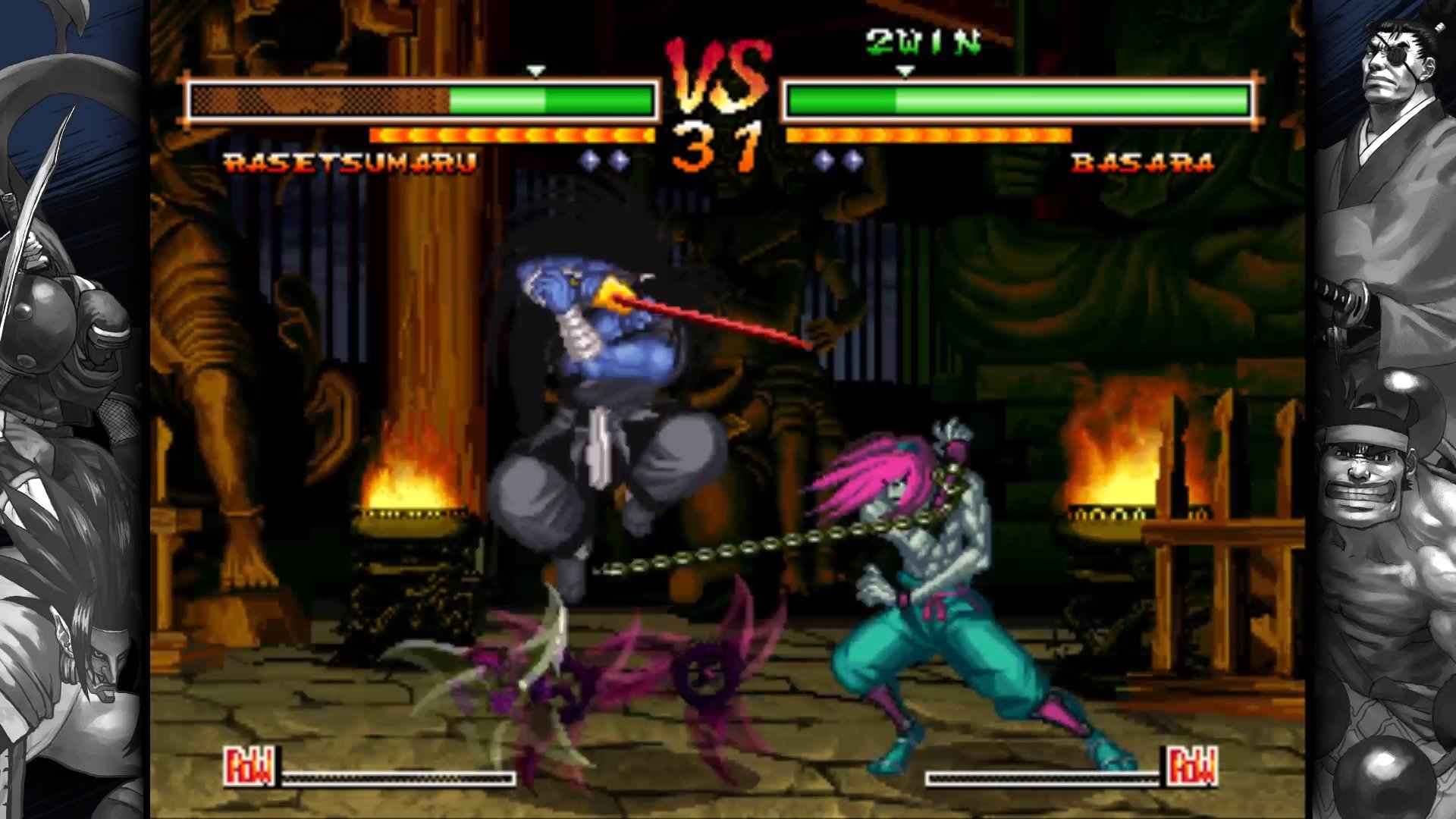 Samurai Shodown sets itself apart from other fighting game series by constantly experimenting with its gameplay. Some games in the series were more combo heavy, while others were a bit more about gauging the distance between the two fighters. Because of this constant experimentation, however, it never quite found an audience outside of those extremely dedicated. Samurai Shodown V Special is a four-button fighter that kind of mixes the two and results in pretty fun fundamentals. With minute-long rounds, and each hit dealing a ton of damage, fights are more about constant, uneasy aggression. There’s still a matter of “footsies,” but there’s not a long time to react, thus emphasizing the need to constantly stay on your toes. There’s no telling whether or not the opponent will try a simple poke, or a far more devastating normal.

As the fight rolls on, you’ll have to manage two gauges. One gauge determines how much damage your attacks will deal as each attack drains this meter, but will refill when standing still (the Kenki Meter), and one builds Rage which can eventually be utilized for a “Rage Explosion” which causes knockback and enables you to use a super move to disarm your opponent. There’s also a sort of comeback mechanic in the “State of Nothingness” as it can slow down your opponent and leave them open. But the biggest, and most brutal mechanic, is the Overkill moves.

Overkills are what makes Samurai Shodown V Special, special. Acting as both an instant kill mechanic (when your opponent has a little bit of health left during the final round), and a fatality, these Overkill moves result in some cinematic and bloody specials. While tame by today’s standards, it’s why the original console port was censored in the first place. Characters are cut in half, spout geysers of blood, rip each other’s hearts out, and it’s still super jarring and fun to witness. My favorite, for example, is Nakoruru (the young girl with the hawk sidekick seen in games like Capcom vs. SNK 2). She’ll tackle the opponent down, hold her dagger above their neck for just long enough to make it uncomfortable, and just stab straight down. It’s neat.

Beyond the core game, the PSN re-release offers a few extras. An unlockable gallery, the ability to self-censor the violence (changing blood from red to white, decreasing the amount of displayed violence), different art for the screen borders, and technically online multiplayer. Though after playing a few matches, I don’t know if it’s because of the presumably small player base or a general problem with the netcode but each match I played was sluggish. Another thing I’m unsure was in the initial release or a symptom of problems with the re-release: the soundtrack tends to cut out mid-match on occasion. This isn’t a big deal on the surface, but the methodical pacing of each fight seems a bit slower when there’s nothing to back it. 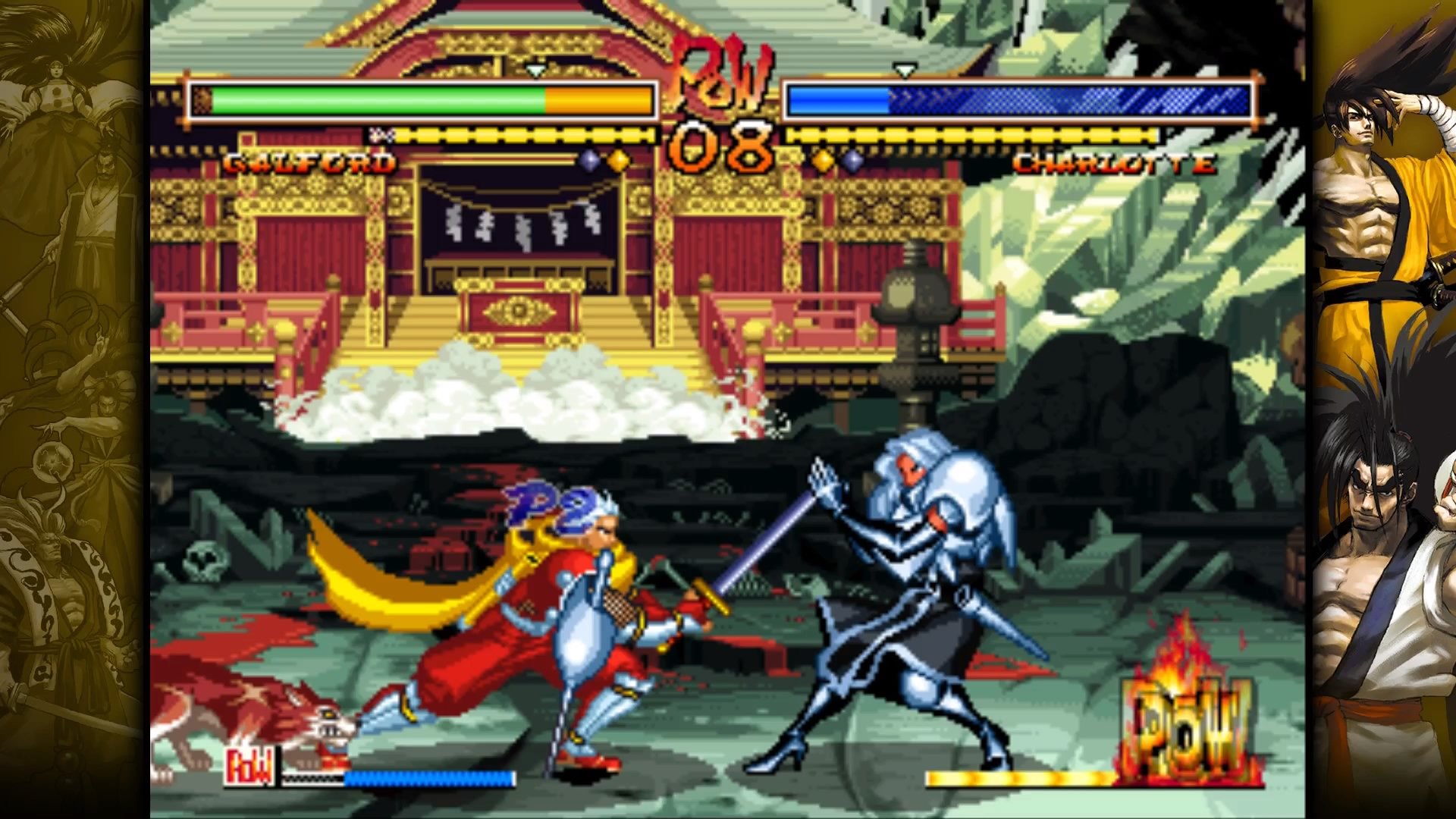 With online multiplayer being as wonky as it is, there isn’t much else to do beyond playing through the arcade mode. Samurai Shodown V Special is a fun experience, but can feel a little like solitary confinement at times. Though with local multiplayer, this is remedied quite easily and Special becomes as special as it was all those years ago.

I’m just happy to finally own it.