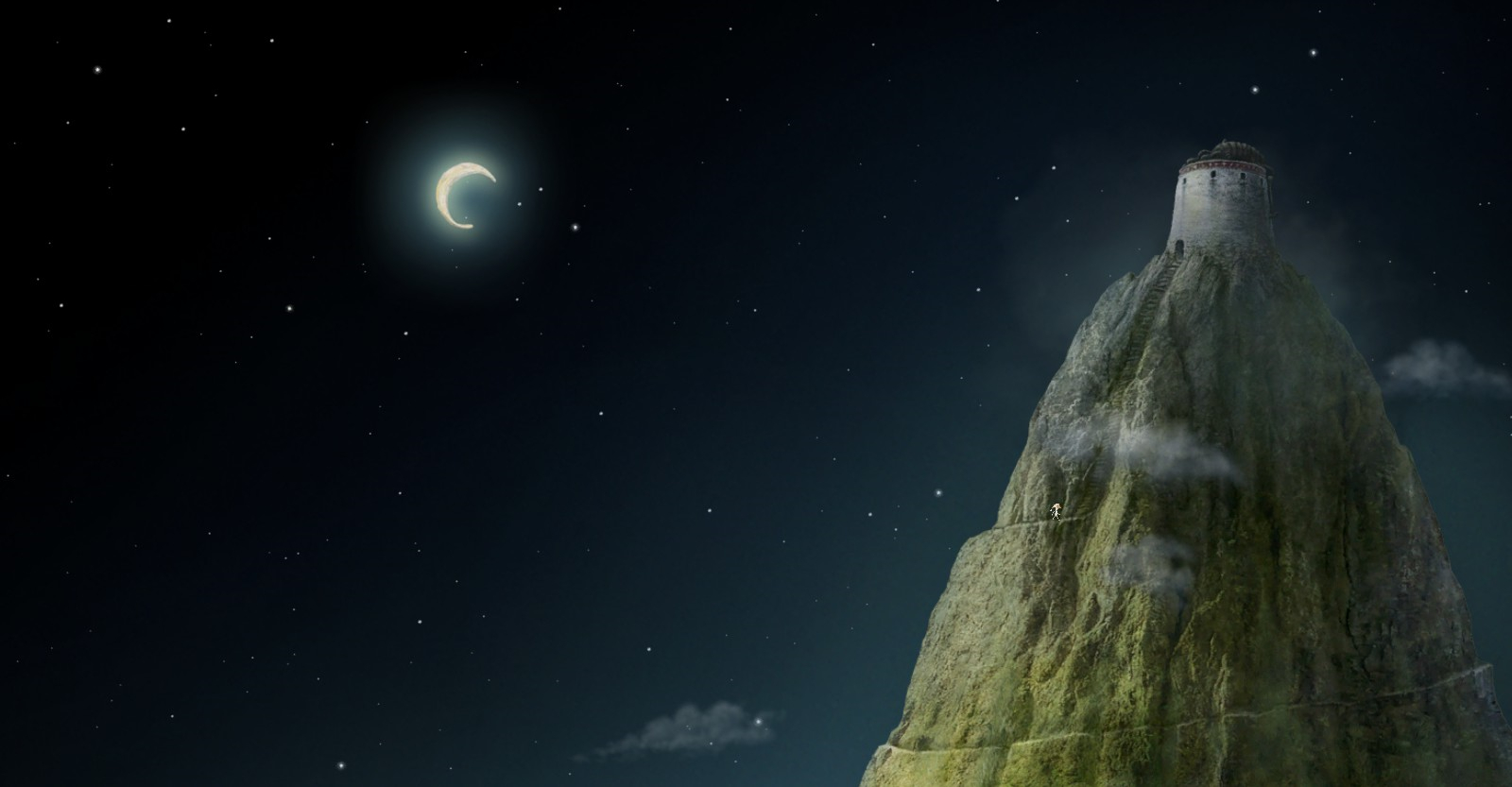 Samorost 3 is the next title in a line of excellent adventure games by Amanita Design. Aside from that series, the Czech developer is also known for designing Machinarium and Botanicula, two of my favorite point-and-click adventures from the past decade.

Those who have played an Amanita game in the past will basically know what to expect from the studio’s newest creation. It may not be groundbreaking, as it explores many ideas and mechanics that we’ve come to expect, but that doesn’t make it any less impressive. Simply exploring the minds of these developers and seeing what they come up with is a treat in itself. 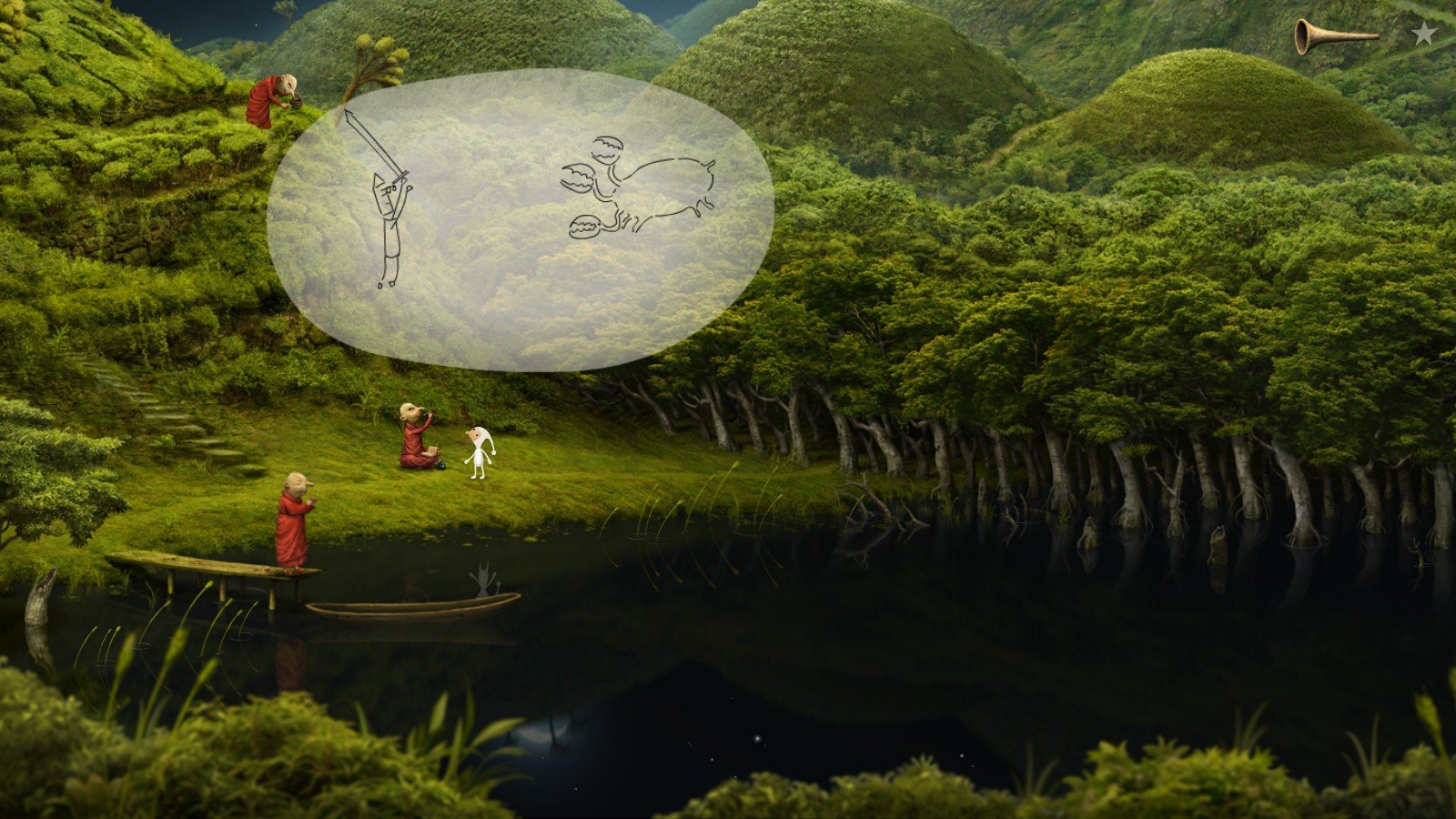 The first thing you’ll notice about Samorost 3 is its landscapes. This is possibly the most beautiful point-and-click adventure I’ve ever played, rivaled only by some of Amanita Design’s other titles. Set in outer space with five main planets and four small satellites to explore, the surreal alien scenery really pops with vibrant colors and a crispness that almost borders on photorealism. The vivid imagery on display is the stuff that I wish my own dreams were made of, and it’s an absolute joy just to wander around and admire the artist’s visions.

Much like Amanita’s previous games, the story here is kept simple and told without any text or narration. After a mysterious horn falls out of the sky and lands in his front yard, the small, elf-like protagonist embarks on a journey through space to find the source of the stray musical instrument. Although it’s a sequel to Samorost 2, the story is straightforward enough that it’s not necessary to have played the other games in the series first.

The protagonist uses the newly acquired horn to amplify sounds around him, many of which contain melodies that he can then play using the same instrument. This allows him to speak with spirits, who will basically act out hints, puzzle solutions, and story elements in a series of charades. Occasionally, he’ll come across other characters who will relay information in a similar manner, as a series of images and animations rather than words.

The text-less nature of Samorost 3 even extends into the menus, which are navigated via symbols. This includes everything from settings to saving. The only words to be found are in the credits, and literally everything else is communicated through a more universal language of images. Be careful though, at one point I accidentally loaded up a new game thinking I was saving and lost all of my progress. It might not work perfectly, but it is a useful method of opening up the game to people of all languages and cultures.

The puzzles range from your typical point-and-click fare of hunting for objects to interact with to more straightforward puzzles like figuring out the correct order to place a set of cards. Many situations require a bit of creative thinking to solve, such as manipulating objects in a specific way rather than just clicking on them. Hints and solutions can be found by carefully searching the environment for things to touch or listen to with the horn. If a player needs more help than that, there is a built-in walkthrough for any given room which can be accessed from the menu by completing an easy puzzle. This should preferably be used only as a last resort, but it’s a nice addition for players who are especially stumped. 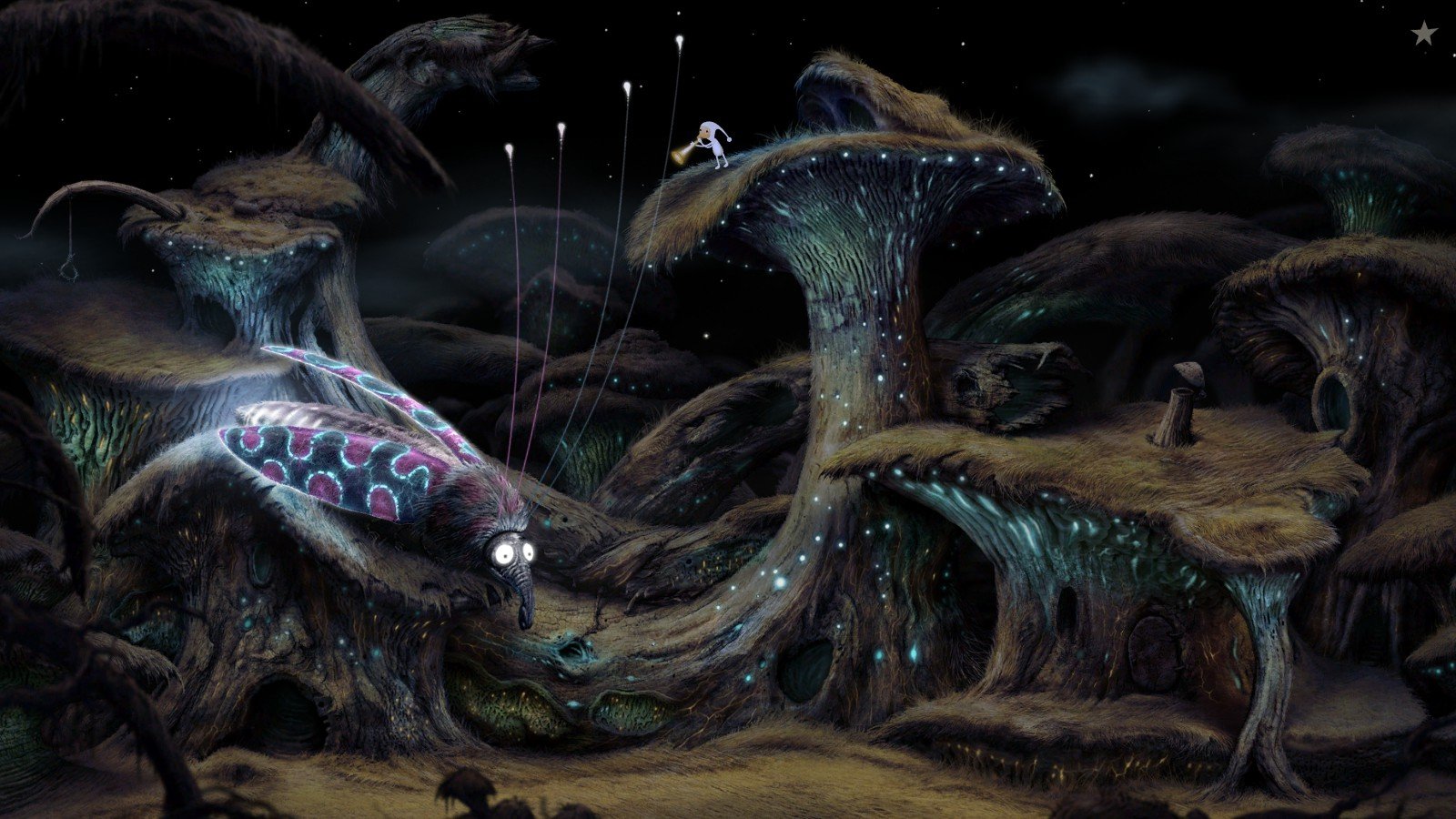 Also of particular note is the audio, comprised of a subtle, upbeat soundtrack, peaceful ambient noises, and unique sound effects. Many of the sound effects are voiced by people, including the dog barking, the inhaling and exhaling of the spaceship, and the adorable nonsense uttered by the protagonist, while others are more like foley effects. There are also a few occasions where some of the creatures will begin creating music of their own, resulting in a gleefully dancing protagonist, which is always a joy to watch and listen to. The sounds really add a thick layer of charm on top of the already charming visuals.

Samorost 3 is a relatively short journey, taking about five to six hours to beat and a little more to fully complete. That time is jam-packed with delightful characters, stunning scenery, and clever puzzles, so while it may be brief, it’s certainly time well spent. For anyone who appreciates Amanita’s previous titles or the point-and-click adventure genre in general, Samorost 3 comes highly recommended.