Even the brave can fall

I’ve never seen as much tragedy in a fighting game before I played Saint Seiya: Brave Soldiers. Maybe I should have been more prepared with a fighting game based on the lore of the classic anime, but as a casual partaker in Japanese animation and newcomer to the series it was hard not to become interested in the game’s narrative, as I punched the crap out of every foe that stood in my way, because someone always ended up dying. Well sort of dying, since nothing is ever permanent in anime.

Before my time with the game, my familiarity with the anime/manga was limited at best. Sure I’d heard of it — thanks in part to a former co-worker of mine constantly telling me how awesome the show was as each new volume hit our store’s shelves — but there was always something unexplainable that rubbed me the wrong way. Maybe it was all the gorgeous hair or the muscled sexy dudes rocking the cover that bothered me… but really, I have no clue.

Well it’s been about a decade since I last had to think about Saint Seiya, and a lot in my life has changed. My anime palate has matured, while my appreciation for the past and the finer things in life has increased; basically I’m just getting old. But even with all my sentiment towards nostalgia, something there’s trove of in this fighter, does the rest of the game offer a solid experience for those looking to bust some heads with all the flavor and flash of a ’90s anime?

Saint Seiya: Brave Soldiers is a fighting game, much in the style of past Dragon Ball Z and Naruto brawlers. Big, beautiful anime characters pulled straight out of their 2D cartoons and transformed into impressively shiny 3D models. In fact if you’ve played any of the Dragon Ball Budokai titles, you’ll be right at home since its developer Dimps also made this game.

Like the aforementioned titles, Saint Seiya presents its single-player campaign in the form of letting players relive a part of the story. Whereas DBZ might take players through different sagas (Vegeta, Cell, Androids) Saint Seiya: Brave Soldiers runs the gauntlet of three story arcs of its own. Told through a series of pictures and fully voiced Japanese dialog with subtitles, players get to recreate battles from the Sanctuary, Poseidon, and Hades arcs.

While I would have liked to seen animation from the show intertwined throughout, what is there paints the picture well enough with (from what I can only assume) the voices from the original show acting out through in-game character models all the angst and drama one would expect. There’s a lot of shouting and evil laughs, but if you’re into the spirit of a fighting anime you’ll be right at home. Which transitions quite exceptionally into the actual fights once they begin.

During each battle in the story mode, characters continue whatever argument that had going on — though the subtitles can be hard to follow in a heated match — as they try to pummel one another into oblivion. Additionally this is where the game’s presentation shines the brightest. Every character looks fantastic and is animated down to every last detail of the elaborate costumes.

Hair and cloth bounce and sway to the rhythm of the fight and the special effects, especially the Ultimate Cosmos attacks, are beautiful beyond words. Like summon spells from any modern Final Fantasy title, these ultimates border the line of insanity for some characters (my favorite going to Sea Horse Baian, whose tidal wave tornado left my jaw on the floor from its absurdity). They are truly a sight to behold, even if they do begin to where thin with repetition.

Unfortunately, the rest of Brave Soldiers’ fighting isn’t as spectacular. While all the staples of the genre are present: combos, air juggles, specials, supers, counters, and meter management; fights tend to always boil down to remembering the most powerful combo string and then repeating ’til victory. Story mode attempts to freshen things up, with matches that give players and enemies strength and or health restrictions or improvements, but all they tend to do is affect the duration of the fight. 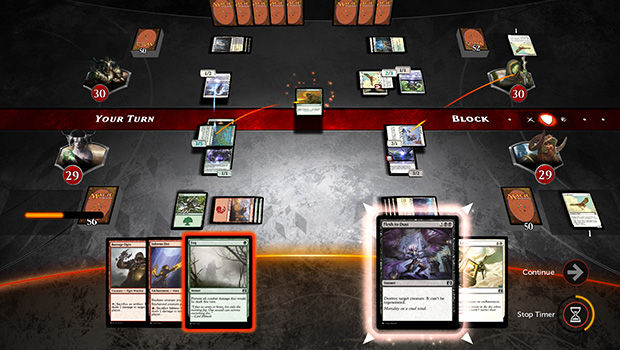 It’s a shame there isn’t more strategy to implement throughout, as the game is real easy to get into and does a great job of making you feel like a god (or I guess in this case a saint) with all the spectacular special effects the game whizzes across the screen. And even as it cool as it looks, the lack of a deep fighting system is even more evident against actual human opponents too.

My time with multiplayer was often extremely boring. Most human players I ran across, who’d spent a decent amount of time unlocking some of the more powerful characters in the game (there are over 50 characters, though a good few are just alternate costume versions), resulted in the same tactic of spamming projectiles and then dashing around the ring until time expired — or, I let them kill me to just get it over with.

When the action does get up close, most combos are constantly interrupted with each player teleporting behind one another to avoid the full damage of the exchange. Teleportation costs one bar of meter, but since meter is something that can charged up with the press of a button — and additionally built through giving and receiving damage — it’s often rare to land something truly damaging on a human player. 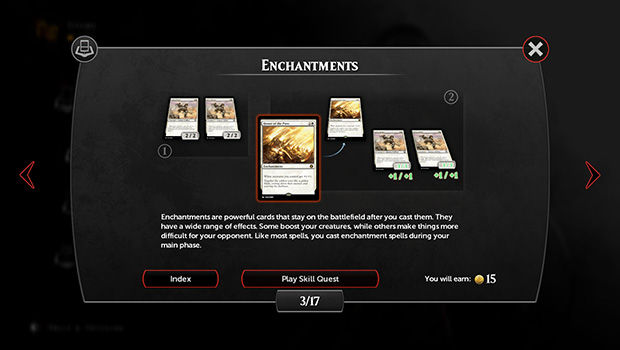 For the most part my internet connectivity was solid enough to not notice any noticeable lag. With the game’s simple inputs, timing isn’t as demanding as it is in a fighting game like SoulCalibur II. There are ranked matches — complete with a league ranking system — and, better yet, unranked fighting that has lobbies and a spectator mode. Who would have thought it possible for a Namco fighter?

The rest of the game serves up a decent amount of distractions for both single- and multiplayer get-togethers. My two favorite modes, Survival and Galaxy, both have some unique features. For starters, Survival mode is more than just your typical fight until you die or defeat every opponent scenario. How it works — depending on the level of difficulty chosen — is players choose, from a list, what fights they want to partake in.

Win the right amount of fights, on a single lifebar that recharges slightly after each battle, and the mode is complete. Pretty straightforward, but what makes it stand out is each fight has its own bonus challenges (like win without jumping or with 50 percent of your life remaining) that if completed add to your score. It can become fairly challenging to attempt some of the harder challenges while trying to keep your health intact to make it through the duration of fights. 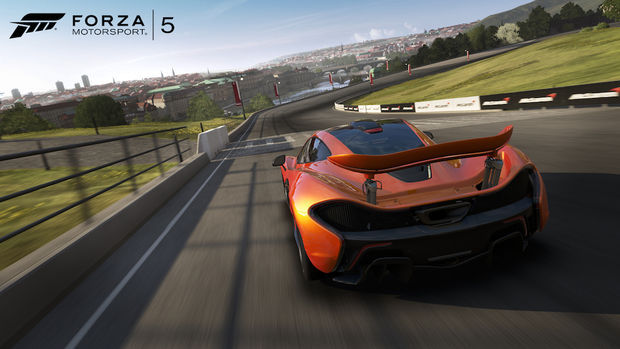 Galaxy mode is essentially a single-elimination tournament that can be enjoyed by up eight human players. The fights break down into one-on-one affairs until one fighter is left standing. Again it’s nothing too spectacular, but what made it a kick for me is the announcer that calls the action during the fight. He’s no Jim Ross, and you do have to read the subtitles on the screen to know what’s going on, but paired with the chanting and poorly animated crowd in the stands it’s pretty hilarious.

Saint Seiya: Brave Soldiers is a decent tribute to anime series that never caught much attention this side of the Pacific. The fighting is pretty looking, but very barebones; the music is catchy, but repetitive; and all the extra modes while solid, don’t do much to make this title truly stand out. Fans of the Naruto: Shippuden and the Dragon Ball Z fighters will feel unfulfilled, but for loyalists of Saint Seiya, Brave Soldiers offers just enough fanfare to make this worth the time.