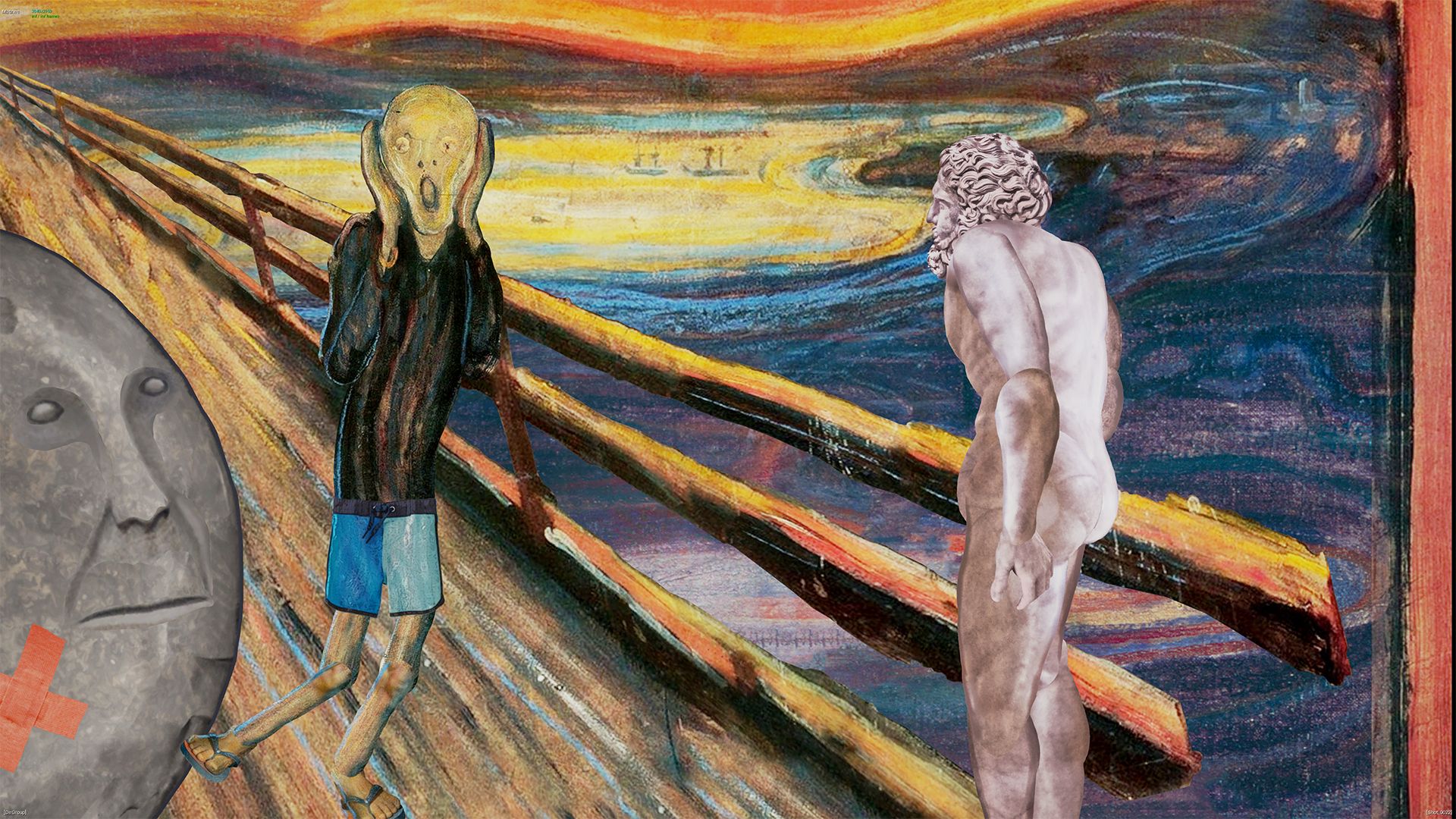 When Rock of Ages 2 releases on August 29, it’ll be almost exactly six years since Jordan reviewed the first Rock of Ages, way back on my birthday in 2011. Back then, it was a quirky palate cleanser from the almost aggressive weirdness of ACE Team’s debut release, Zeno Clash, not destined for lasting greatness, but at the time utterly unique in its combination of style, humor, and mechanics. I honestly didn’t expect – or really want – a sequel.

And yet here it is, just shy of six years later. ACE Team and Atlus have opted to revisit this peculiar hill and roll another one in search of a strike. But will Rock of Ages 2: Bigger & Boulder have the mass to break on through? 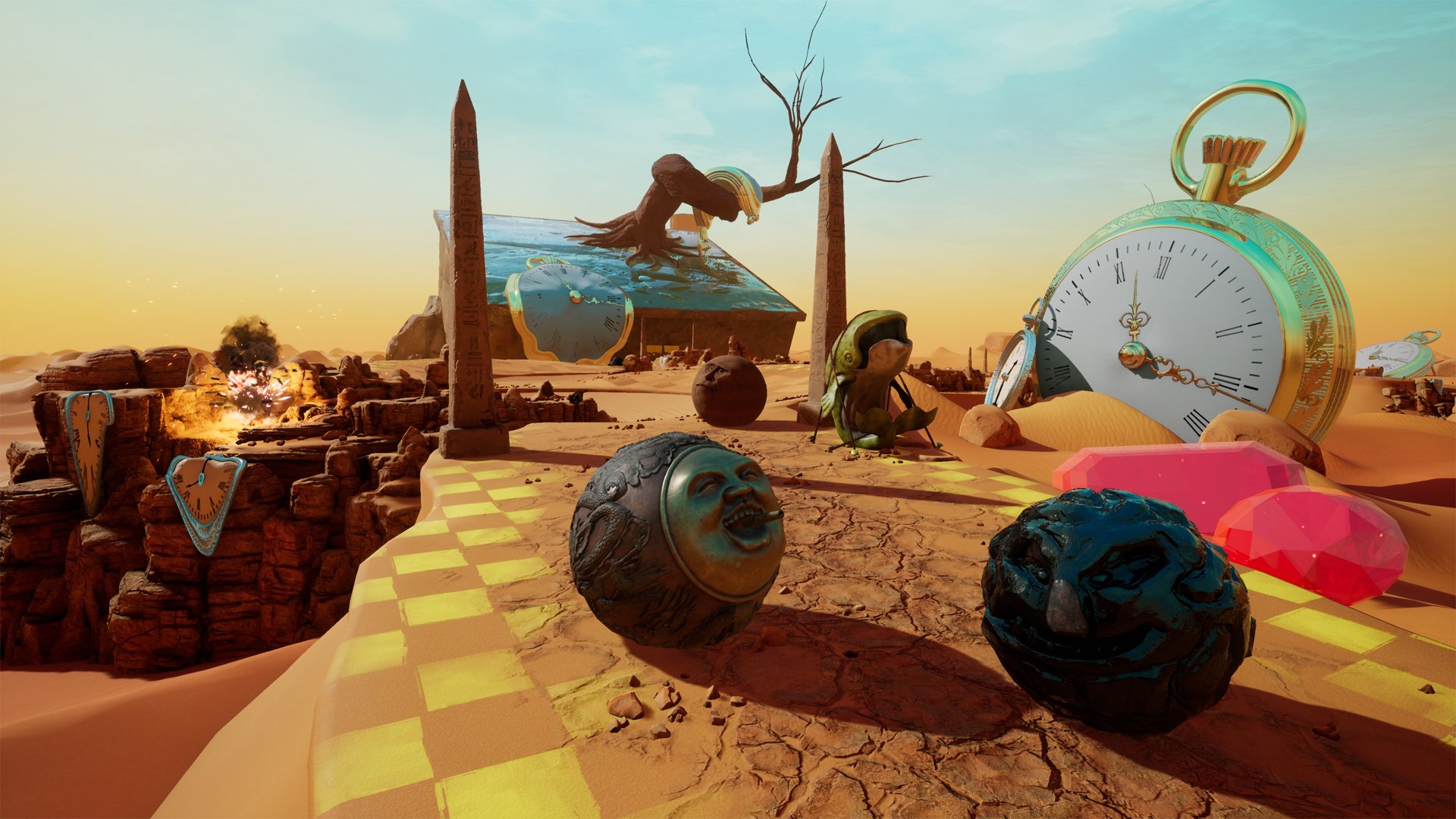 Well, however risky the thought of double-dipping on Rock of Ages concept might seem, it certainly helps that the original game was not at all bad, and for the most part, never imitated. Rock of Ages 2, in keeping with its subtitle, is more Rock of Ages.

Indeed, the core concept is basically unchanged. Sisyphus has given up his place at the head of the holy boulder-roll, his place taken by none other than Atlas, who has misplaced the celestial sphere and must (for some reason) plow a giant boulder into the castles of his foes until he gets it back.

As ever, the rolling forms the core of the game, as players and opponents are situated along mirrored versions of each map. Players must build their boulders, and roll them into the enemy gates as fast as possible, eventually breaking through to squish the puny ruler within. This simple task is made more difficult by both sides’ ability to pepper each others’ lanes with traps, obstacles, and defenses.

The gadgets themselves range from the mundane, such as walls, catapults, and cannons, to the absurd, like a whale mounted upright that uses a vacuum to suck in passing boulders, or a balloon that uses a hook to slow them down. That hook? An angry lion. Adhesive cattle, bulls that ram and knock enemies around, and even pinball-style launchers are all available to help slow, redirect, and even destroy an enemy boulder, thus preventing it from damaging one’s own gates. The gadgets are unlocked through the game’s single-player campaign, which is progressed by earning stars granted by level completions. Completing stages on higher difficulties earns more stars, unlocking more levels.

Even the boulders themselves hold considerable variety. There are armored boulders that resist damage but accelerate slowly, balloon boulders with a very high jump but low impact, paint boulders that taint an enemy’s territory and prevent them from building for a while. My personal favorite is the prehistoric wheel, a Flintstones-esque ring of granite that is very difficult to turn but can reach unbelievable speeds and strike well above its weight class. There’s a lot to a game that’s otherwise about rolling a rock down a hill. 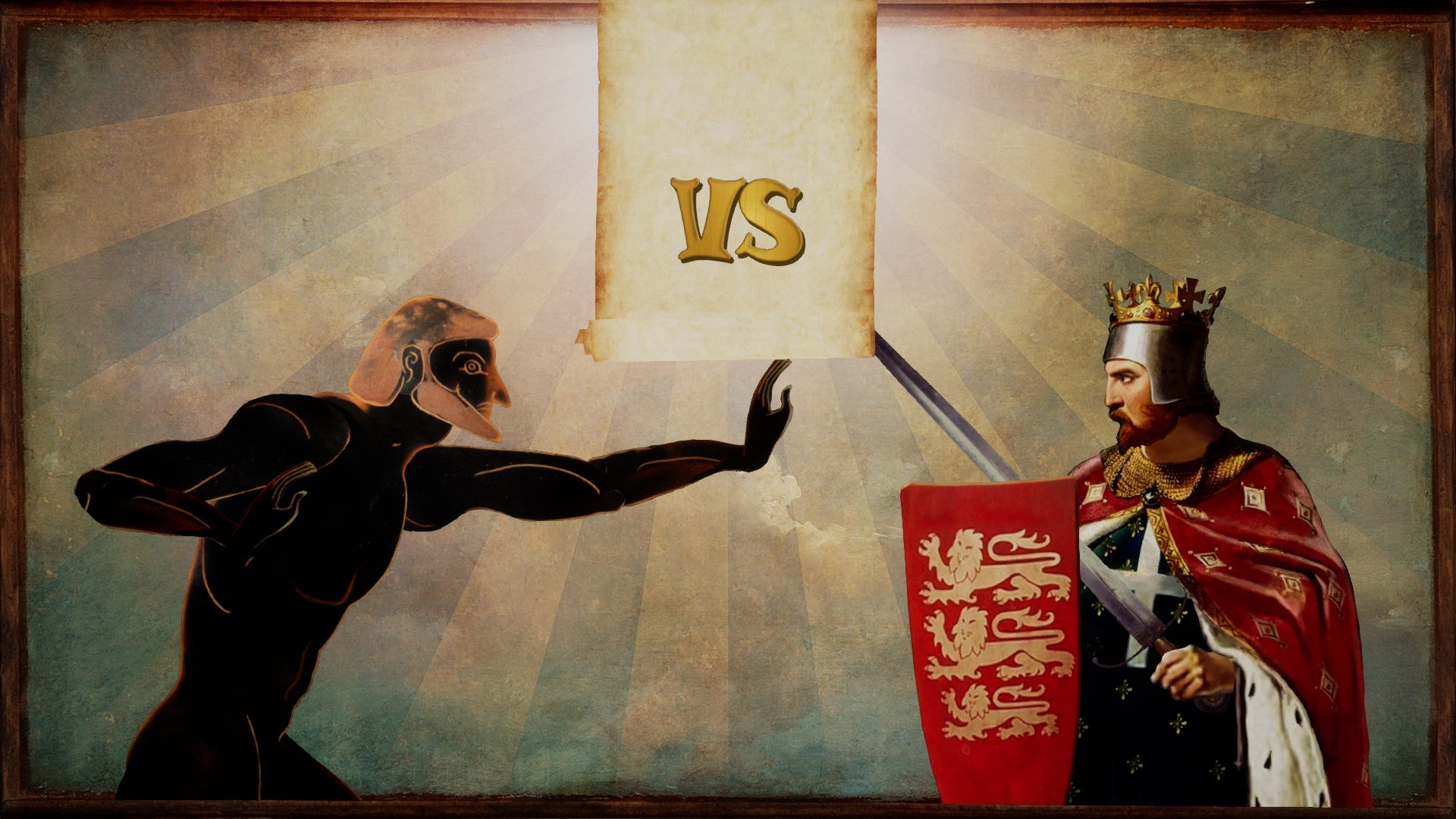 Now, just as then, Rock of Ages 2 distinguishes itself through its depictions of Atlas’ foes. Drawn from myth and history, each opponent (i.e. the other guy whose gates need smashing) is rendered in a 2D cutout style, closest to the animation found in Monty Python, but also akin to the likes of South Park, as filtered through the Historic Tale Construction Kit.  Each stars in their own short comedy sketch introduction.

These sketches form the heart of Rock of Ages 2‘s comic sensibility, and are perfectly suited to its “repurposed Great Masters” aesthetic. You haven’t seen Vincent van Gogh until you’ve seen him as a forest-creeping weirdo that threatens people with his severed ear and barfs up Impressionist brush strokes all over everything. Or seeing Adam and Eve rendered in classical style, but encountered in a parody of Pokémon  battling. 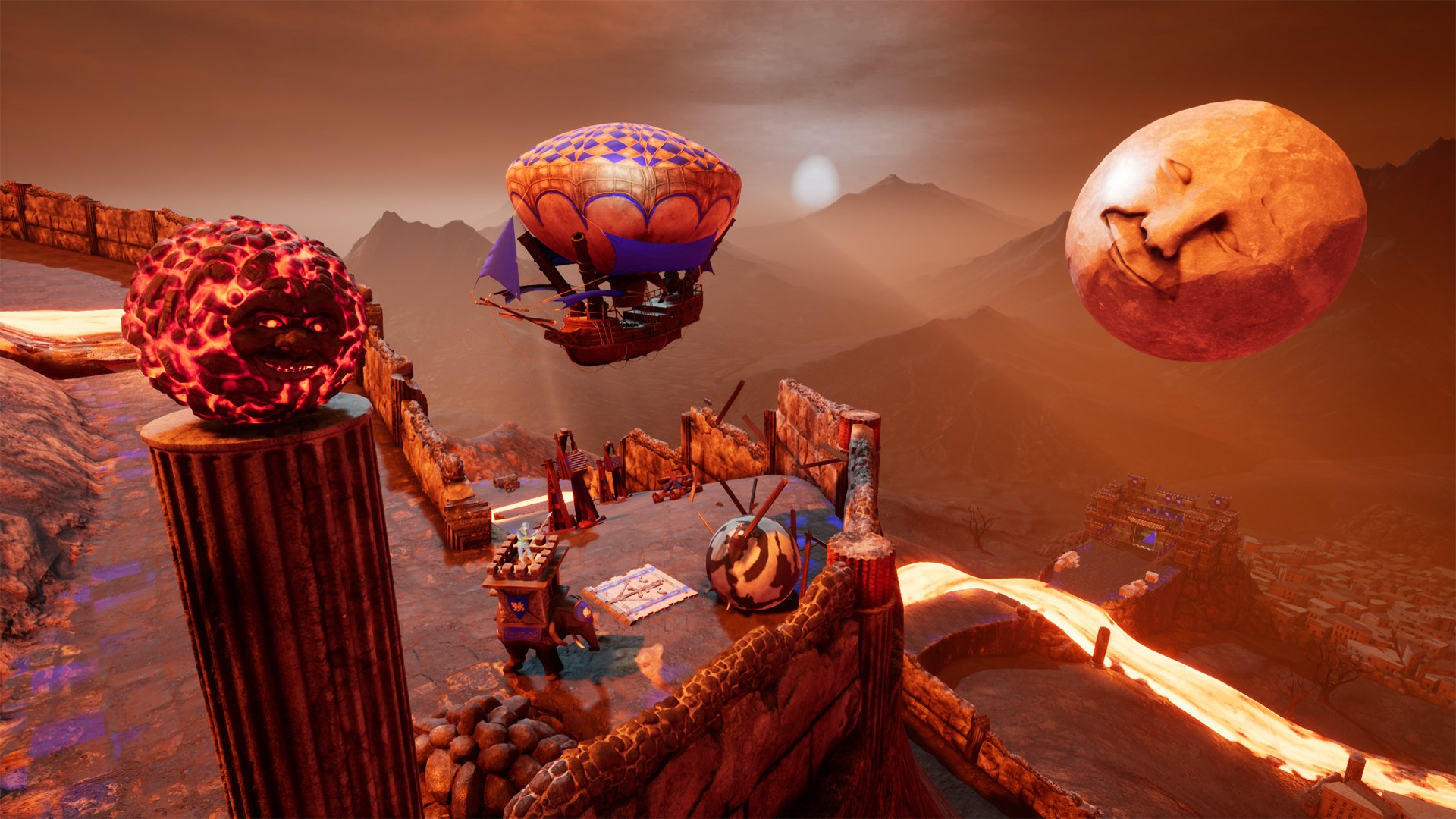 This is all good for a few chuckles, and lends the game its unique sense of personality, one that’s matched by the in-game art. To its credit, Rock of Ages 2 looks the way I remember the first game, which is to say that it resembles the elder title’s idealized form, all highly detailed and finely-crafted absurdity. Entire stages look akin to renaissance or surrealist paintings of the era, to the point that I almost regretted the fact that the gameplay forced me to try to breeze through these stages as quickly as possible. Other little touches also reinforce the themes of the level or characters at play. For example, a showdown with Don Quixote features a stage with path blocking “giants” that morph into mere windmills when a player draws closer.

Ultimately, there may not be all that much that’s genuinely new about Rock of Ages 2, but the sheer solidity of what’s on offer here affirms that ACE Team have hewn themselves a sequel that nobody asked for, yet will find handily enjoyable anyway.